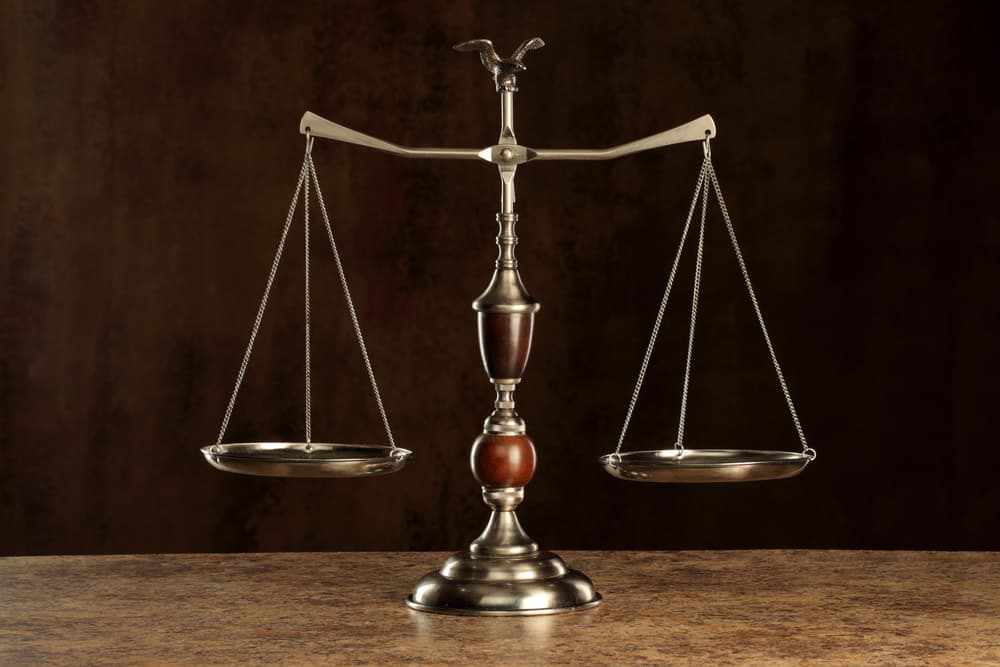 Antique balance scales are some of the most striking antiques you can collect, and are hugely popular with collectors and interior designers alike.

With each passing day, they increase in value, as more people want to own an ornate scale.

Today, we’re going to show how valuable these scales can be. From their rich history to the different types and styles, to showing how easy it is to restore them – and much more!

History of the balance scale

The earliest recorded balance4 scales date back to almost 2,000 years B.C, near present-day Pakistan. As trade grew and grew, merchants needed ways to measure the quality and quantity of goods while on the move. Balance scales became an integral part of this.

Early scales were simple but effective. Two scales sat on either side of a fixed beam. Weight stones were usually used on one end to compare goods.

At this time, balance scales were also significant spiritually, with examples of the Ancient Egyptians, in particular, using scales as part of their mythology and after-life stories.

Over time, it became apparent that weight stones needed to be improved, as many traders were purposefully using inaccurate stones to con trade. It wasn’t until the Romans devised metal weights that balance scales began using a standardized system.

It wasn’t until the Industrial Revolution that the balance scales received a much-needed upgrade. In 1770l, the spring scale was invented. Balance sales no longer required a counterweight to function. Instead, it measured the pressure an object put on the scale.

As early as the 1940s, analytical balance scales were being used in science to measure minute particles. But the first digital scales for home use weren’t patented until the 1980s. Digital scales replaced mechanical scales in all corners of life, pushing them more into works of art, antiques, and collectibles, than recording devices.

There are three main types of antique balance scales. Let’s take a quick look at each, and examples of how they worked in everyday life.

The equal arm scale followed the classic ‘T-shape’ design, where each end had a platform. People could measure weight by putting goods on one side, and weighted stones on the other, and had unmatched precision when made well.

Examples of these scales in practical use include:

Unequal scales, also known as bismar scales, had one end longer than the other.

Because one end of the scale had a permanent weight attached to it, it always had a standardized unit of measurement. This replaced olden weight stones which could vary in size and be tampered with.

Unequal arm scales were often cheaper and less accurate than other scales. Examples include:

A spring balance worked by attaching an object to a hook or suspension. The amount the spring extended or compressed was used to measure its weight. Spring balances were simple, cheap, and made weighing heavy objects straightforward. During the 1770s, many scales were adapted to incorporate this new mechanism. Examples include:

How to identify an antique balance scale?

Balance scales changed regularly throughout history. From primitive-looking balance scales to precise pendulum scales, and everything in between.

Examine features of the scale to determine how it worked – equal measure scales are generally the oldest kind of scale, followed closely by unequal, and then spring scales.

Silver only became affordable and thus popular from the mid-1800s onwards. Plastic scales are modern, usually from the 1940s onwards.

You can also subscribe to the International Society of Antique Scale Collectors. They post quarterly journals and host silent auctions and organize regional meetings.

How much is an antique weighing scale worth?

Cast iron scales are usually the least valuable balance scales on the market, with many only worth a couple of dollars at best. Examples include:

Brass scales are worth slightly more than iron because they are more durable, look better, and often had more details and intricate shapes. Examples include:

Silver is probably the most reliable material and will always fetch a high price at auction because of its durability and design. Examples include:

This Grams silver weight scale is worth $700

Unusual materials, such as glass, aluminum, and porcelain, can transform otherwise generic scales into valuable collector items These materials are uncommon because of how fragile they are, so scales should only be sold in pristine condition. Examples include:

Equal scales are more common in the marketplace. And as we know, anything common is often less valuable in the eyes of collectors. Typical balance weights will go for around $120.

That said, if the scales are in great condition, are big, or are made of valuable materials, they can still sell for a small fortune at auction. This kitchen balance, for example, is simple in design but has an ebonized hardwood and mahogany inlay, increasing its value to $1,523.

Unequal balance scales are often worth more because they have a more ornate appearance popular in interior design. Examples include:

Spring-mechanism scales are generally not as valuable, often going for a couple of hundred dollars. It’s also common for spring mechanisms to be added to older scales during restorations, which might further devalue them as antiques.

Balance scales that come with their original accessories, including trays, pans, rulers, dials, and dishes, will fetch more interest from antique collectors, than if they are missing parts.

Any screws should be secured and there should be no obvious damage, scratches, or discoloration.

A light polish can help improve your scale’s appearance without robbing it of its antique appearance.

There are three websites we highly recommend you visit to get current market values. They are:

eBay is the largest antique auction site worldwide and has a thriving scale collecting community. Prices range from cheap, hanging balance beams worth $14 to one-of-a-kind weight scales worth $24,999.

Collector’s Weekly has a plethora of useful information and pools together many balance auctions from around the Internet in one useful, concise place.

How to restore an antique balance scale?

Restoring balance scales requires some degree of engineering to ensure your balance works properly. Etsy has several examples of restored balance scales to show you the level of quality expected.

Some of the most common include: