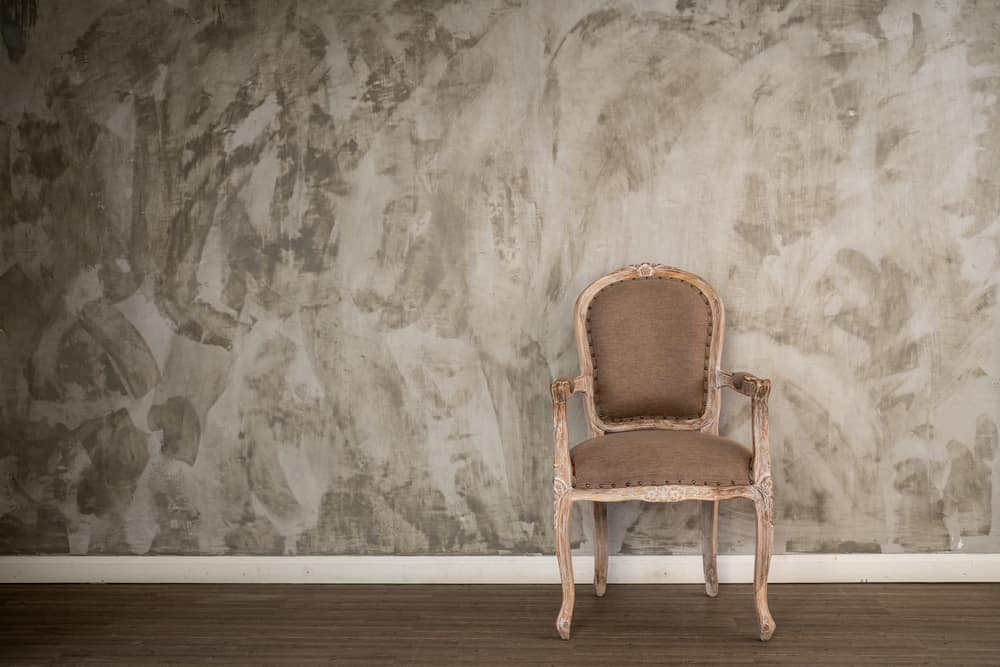 If you’re looking to acquire a vintage chair to add to your collection or sell a chair you inherited from your family, vintage chairs should be one of the most common and challenging products to evaluate.

Whatever the cause, you must recognize that chairs have existed throughout history and have always been a source of inspiration for artists.

As a result, the antique chair market is extensive, and you could easily become overwhelmed by the variety of styles and prices available.

That way you will be clearer on whether to invest in it or not.

The History of Antique Chairs

The chair is one of those inventions that has accompanied humanity throughout its history. But its use was very different from what we give it today. We have chairs from the Egyptian culture where we see hieroglyphs narrating a story or representing powerful scenes within their mythology.

And the reason for this is that chairs were not designed to be used solely for sitting. They were a symbol of authority and status and were only meant for kings, emperors, and other powerful people.

Chairs in Greek culture date back to 600 BC. They were finely crafted, often made of marble and with exquisite ornaments and carvings. Then the Romans spread their use throughout their empire and that is how they became popular throughout Europe for centuries to come.

However, it has always maintained a high status. It’s also worth mentioning that it grew in popularity in religious circles during the Dark and Middle Ages since it was used in rituals and to symbolize God’s power on earth through his religious representatives.

Throughout the Middle Ages (12th to 15th centuries), the chair continued to symbolize monarchical or religious power. Burgos’ Provincial Museum still houses the so-called “Judges’ Chair” from the 13th century.

It was from the 16th century that the chair became a piece of furniture for common use. From the beginning of the century, the classic rectangular and sober chair and armchair appear. It was also during this evolution that the custom of putting backs using different types of fabric was acquired to make the object more comfortable.

The chair or throne was still employed as a symbol of kings’ power and splendor in the Modern Age (17th and 18th centuries). The more beautiful and intricately crafted the wood was, the more it reflected the king’s splendor.

It is not until the Contemporary Age, towards the end of the seventeenth century, that the chair becomes widely used, as it is now. Then, for the first time in history, a relationship between Architecture and Chair and Furniture Design emerges. We might claim that society’s home material culture was altered as a result of its advent into Modernity.

At the end of the 19th century, Modernism was born and was characterized by finding inspiration in nature and favored the use of elements of natural origin, mainly floral and dynamic forms.

The geometric, cubic forms, the games of straight lines, and the taste for the ascending line are characteristics of the chairs designed at the beginning of the 20th century.

Art Deco and Art Nouveau also show their influence by marking a style in the chairs and then many more artistic currents would come.

How to Recognize Antique and Vintage Chairs

There are several methods for determining whether or not the chair in front of you is valuable. In addition to knowing what style and era it belongs to, you must be able to tell if it was manufactured long ago or if it is a recent duplicate of an old chair.

Remember that furniture manufacturing technology and technique have improved significantly, and you may now obtain exact duplicates of an antique armchair, but they will not be valued the same.

The key is to always go straight to the source, inspecting everything from the manner the chairs are constructed to the materials utilized in their construction. To get started, use these easy guidelines to recognize antique chairs’ value.

Take a look at the joints and how the chairs were constructed. Examine how the work was done in the sector where you see pieces put together.

As a general rule, the more dovetails you see on a chair, the older it is or the farthest it was manufactured from a city. Traditional carpenters were the only ones who employed a lot of dovetails in their work.

The thickness of the dovetails also indicates how finely the chair is made. The thinner the dovetails, the more expertise the craftsman has to make them. Since not all carpenters had the adequate preparation of a cabinetmaker school.

If your chair doesn’t have dovetails and presents some glue and nails in its manufacture, probably was created in the twentieth century.

Keep an eye out for manufacturer’s marks.

It can be difficult to come up with a name because not all chairs are branded by the manufacturer, but it’s always worth a go. Chairs were largely created in factories from the end of the 19th century to the middle of the 20th century, and it became standard to label them.

Look for any markings or signatures on the back of the chair or the bottom of the seat.

It’s also possible that there’s some handwriting if it was created by one of the time’s famous artists.

There are various price guides available on the market or online that can help you determine what design or the period your chair belongs to. For easier identification, most guides offer a large library of photographs.

Price guides are a valuable resource for collectors, but they can also be beneficial to those who are unsure of the value of vintage chairs on the market.

Styles of Antique Chairs and Their Values

This is the section that we are most interested in since we will cover all of the most popular vintage chair styles as well as their market values.

They will have a knowledge base if they chose to engage in an auction house to buy and sell old chairs in the future.

Online auctions are quite popular, and while purchasing online, it’s a good idea to look at what’s already sold before looking at what’s for sale.

Those who were successful in selling their chairs are more likely to have received a price that is close to what collectors pay for this type of item. The chairs have a box-shaped design and are quite simple. Although they appear to be insecure in terms of design and aesthetics, it should be remembered that this type of chair was designed for wealthy households. Prior to the invention of chairs, benches were still utilized to sit on. They have an S or C-shaped design and are usually more comfortable chairs than their predecessors. The back is generally padded and they owe their name to the fact that they became popular in the early 1700s, in the reign of Queen Anne. Their popularity makes them very well valued in the market. In the 18th century, Thomas Chippendale was a well-known furniture builder. Many artisans began to emulate his style, utilizing it as a mold for their own inventions, and his Chippendale chairs served as inspiration for succeeding models. The chairs’ legs are always curved and decorated with intricate wood finishes in a rococo. The Georgian Adam chair was a prominent form at the end of the 18th century. They adopted designs inspired by Greek and Roman architecture over time, influenced by the Neoclassical styles. This style was created by Robert Adam, who wanted to create something radically different from what was presently available. George Hepplewhite was a well-known master cabinet maker in the 18th century. Inlays and straight lines are prominent in his work.

The wood quality is also distinctive; they are virtually always made of rosewood and birch. Its popularity waned in the twentieth century, therefore be cautious while purchasing one. There are several reproductions available that are more expensive than the original. Another renowned 18th-century cabinetmaker was Georgian Sheraton. He drew inspiration from the Louis XVI style of furniture and was known for his light, unobtrusive designs.

Its design is based on attempting to reproduce a section of the back of a vintage porcelain bathtub. These chairs were commonly found in gentlemen’s clubs and social halls, where they would meet for tea and intellectual discussions. The removal of upholstered arms, paper Mache chairs, and easy chairs without arms are some of the hallmarks of Victorian design from England. They were most fashionable in the 1830s and 1850s, but have since waned in popularity. Early colonial antique chairs were influenced by the English Georgian, Chippendale, and Art Nouveau styles. These chairs, in particular, never go out of vogue, and replicas can be found at very high rates. The United Society of Believers in the Second Appearing of Christ designed these seats. Shakers were the name given to Quakers. This chair is distinguished by its lack of ornamentation, straight legs, and many variations are rocking chairs. As a result, their market prices are more affordable and do not fall below a few hundred dollars. Historical copies, on the other hand, can cost thousands of dollars. Art Nouveau was distinguished by the fact that it drew its design inspiration from nature; as a result, its design is more organic, with lines that harmonize its structure. In Europe and the United States, they were extremely popular. Art Deco was born in France in the 1920s and quickly expanded across Europe and America. It is distinguished by its subdued and metallic hues. They also make extensive use of animal prints and floral arrangements.

Morris, Marshall, Faulkner, & Co. furniture is responsible for the design of these chairs. They were invented in the mid-nineteenth century and remained popular until the mid-twentieth century. They are the forerunners of recliners, and they are distinguished by their comfort and straight forms, with little ornamentation.

Who are some well-known chair designers and manufacturers?

It’s crucial to understand not just the many styles, but also the most well-known and sought-after designers on the market.

Is there an app that can help you identify antique furniture?

There is no app that can precisely determine the value of vintage chairs, but apps like Houzz are being developed that allow you to examine the price of any piece of furniture in their inventory online. So it can work with modern chairs.

It generally works with newer components, but if they have information on the part you’re looking for, you’ll almost certainly be able to obtain accurate information, but keep in mind that it’s all based on their database.

We hope that this guide to antique chair values has given you an idea of how much money you may make if you own a vintage chair on the market. It will also provide a broad idea to anyone interested in purchasing one of these items.

It is unquestionably a good concept, as its worth does not diminish over time, but rather increases.