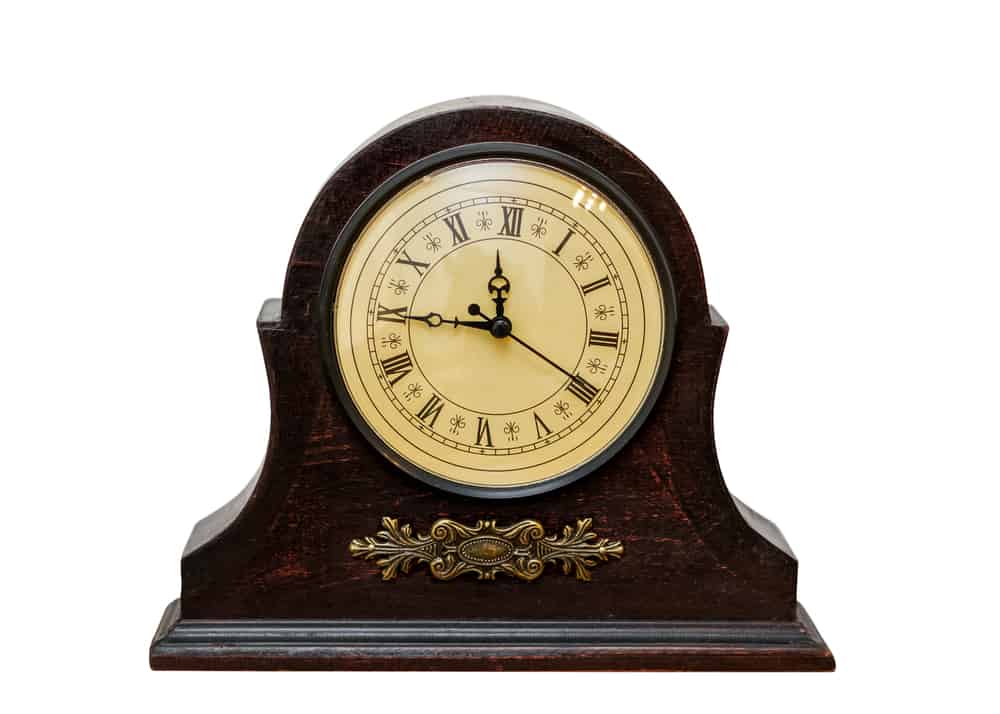 Clocks are found everywhere, in every home and shop around the world. Hey, chances are you have a clock in the room you’re in, right now!

As well as telling us the time, clocks have another important function that more and more people are discovering every day – many of them are incredibly valuable!

From big, stately grandfather clocks, to small, cuckoo clocks and everything in between, antique clocks fetch huge prices from eager clock collectors around the world.

So if you have an old clock sitting on a shelf, or a ticking timepiece packed somewhere in your dusty attic, it’s time to take it out, examine it carefully, and see if your time truly is worth money.

As with any antique, the most important thing to find out first is who made it! There are two main categories to choose from: individual clockmakers, and clock companies.

Individual: There were many gifted American clockmakers throughout history, including Samuel Bispham, Simon Willard, Seth Thomas, and Daniel Burlap, to name but a few.

Many of these makers were commissioned by customers, meaning their clocks are tailor-made, and thus incredibly rare. Their signatures on a clock can transform its value at auction.

Although clocks were often made in different parts, and sometimes by different people, it was common for companies to brand clocks in an attempt to gain notoriety.

You can find the most popular American maker’s marks here.

Any clocks imported after 1896 also had to have their country of origin printed on them. This database (translated from German) has a collection of international brands.

How can you tell if a clock is an antique or not?

Separating something new from an antique is very important. Many modern styles aim to imitate older things. Here are things you should be aware of:

Clocks often imitated popular furniture trends, and different types became popular at different times. Working out the type can help not only date the clock but also work out its value.

Some of the most common types include 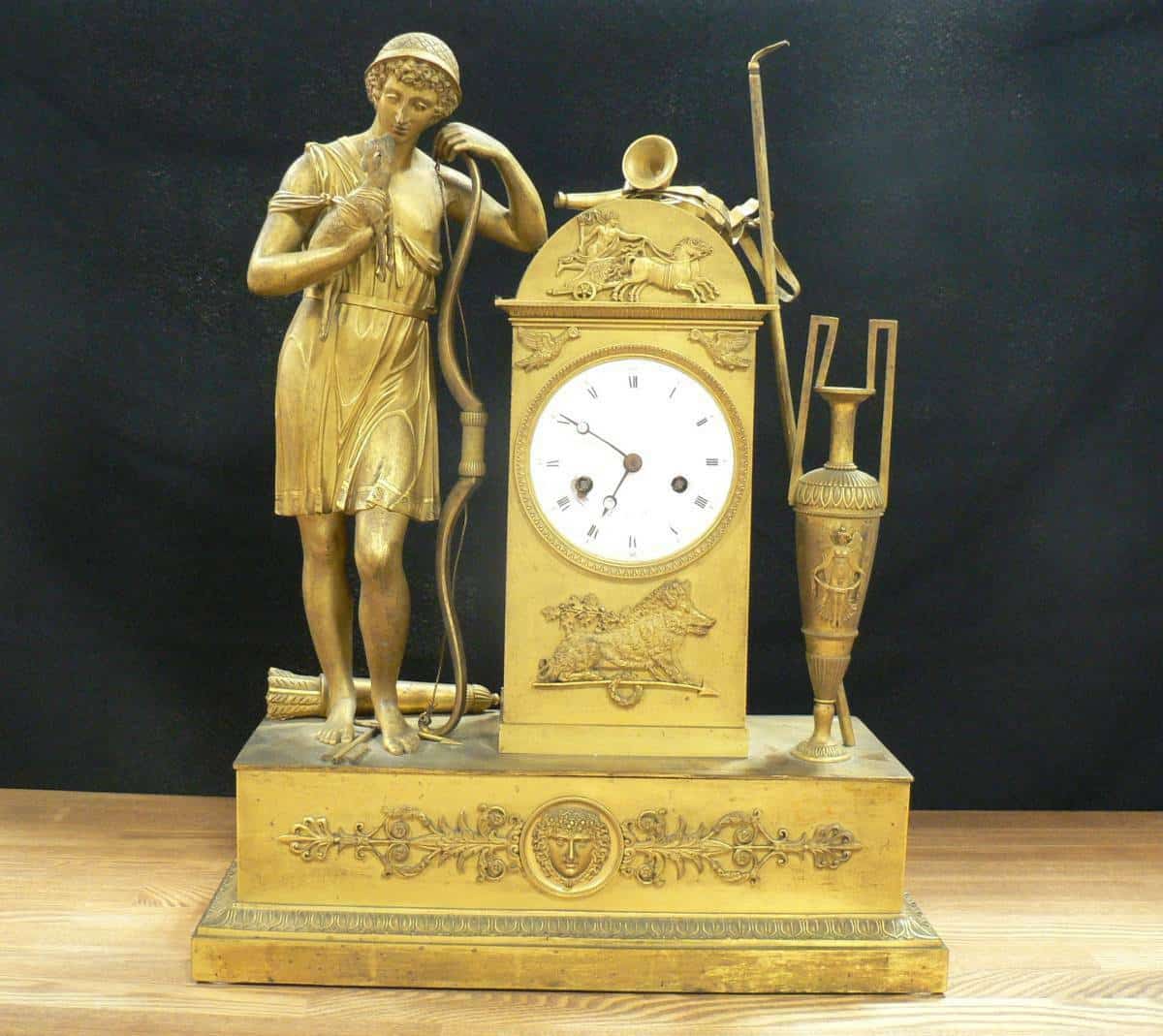 Spring-driven analogy clocks were the first handheld clocks. Cheap, affordable, and highly collectible, these clocks are some of the most commonly found antiques on auction sites.

Despite being common, they can still fetch amazing prices at auction. This Metal wound mechanical clock, for instance, is valued at up to $5,700. 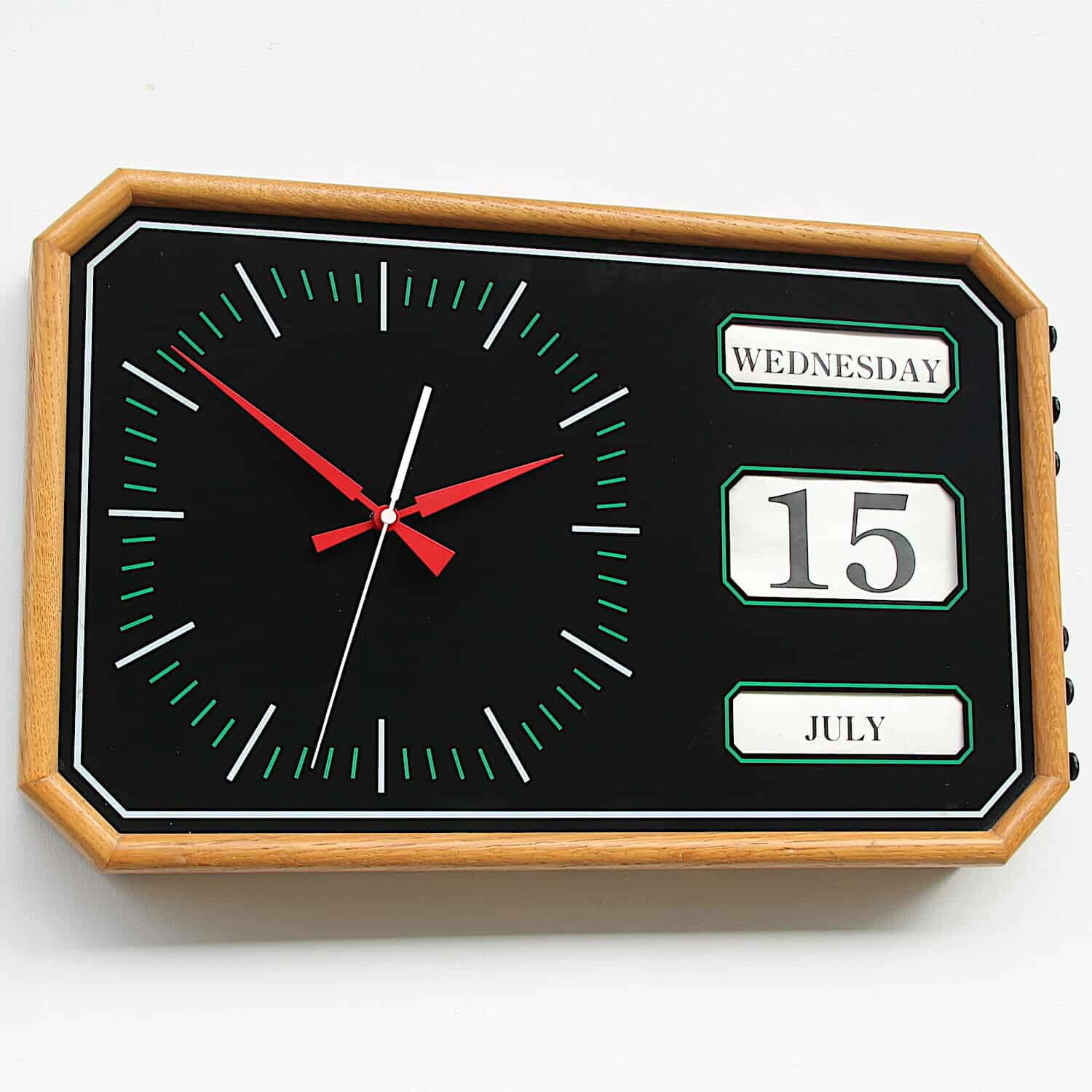 It wasn’t until 1906 that the first battery-contained clock was produced. These became incredibly popular with homeowners across America because of their small size, accuracy, and affordable price.

Battery-operated clocks come in a wide range of styles and designs. This simple 1970s calendar clock can fetch an impressive $770 at auction.

One of the signature features of a larger antique clock is its unique striking movement. Some clocks used a variety of bells, chime rods, a gong, or animated figurines to strike at specific times during the day.

Cuckoo clocks, for example, were made in the early 1700s and were known for their signature sound. They became incredibly popular in the 19th century in America, and range in value from $200 to $2,000.

The design of the clock’s dial can be further proof of its age, e.g. all grandfather clocks between 1680 and 1770 used brass dials.

In 1772 the first white dials were made in England, and grew in popularity until the 1880s. At this time, the corner of clock faces became much more decorated and complex.

Wood: Originally, wood was used as early as the 1600s to hide the pendulum mechanism of a clock. From the early 1800s, wood was used as screws, and as a decorative casing for the clock. Many clockmakers used locally sourced wood – a great way of sourcing a clock’s origins.

Brass: In the 1820s, brass became cheaper to work with. Brass movements replaced virtually all wooden ones.

Ceramics: Allowed for more decoration to be hand-painted onto clock designs, from the mid-1600s onwards.

Paper: Used with mechanical clocks as a punching system, usually to record employees’ shifts. Dates from the early 1900s.

Bakelite Plastic: Thermoplastic became a popular material from the 1930s to after WW2. It was cheap and came in a variety of colors.

Some big brands in clock making used serial numbers to identify production numbers. Though uncommon, they can prove useful in identifying your clock.

How do I know if my clock is valuable?

Here are some indications your clock is the real deal:

Also Read  Stoneware vs Porcelain: Which is better?

The National Association of Watch and Clock collectors has extensive resources on clock identification.

Where can I buy and sell an antique clock?