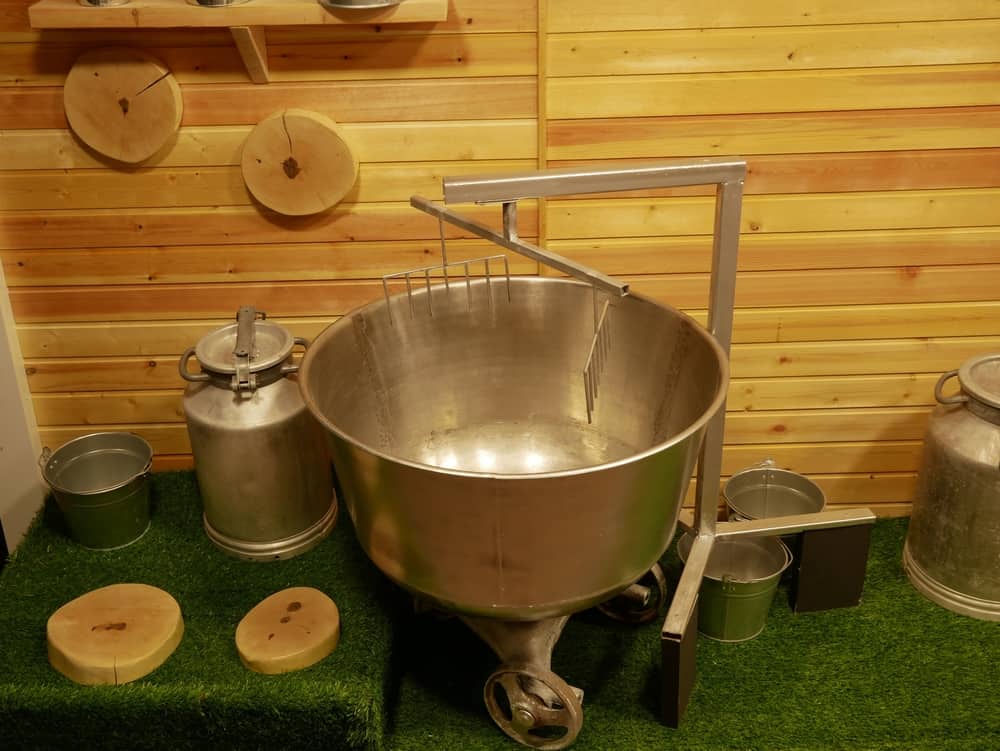 Classic, rustic, and with an agricultural flare, antique cream separators are diamonds in the rough. Many people fail to realize their true potential as premium antiques.

What makes cream separators so valuable is that they appeal to two important groups – antique collectors, because of their diversity, and working farmers who want to own a piece of farming history.

After all, cream separators helped revolutionize the dairy industry from the mid-1800s right through to the 1930s. Hundreds of different models were made, making them highly collectible.

Cream separators in great condition can fetch incredible prices at auction. Often they’re bought to repurpose as ornaments or garden planters. Some small-scale farmers still use them.

So if you have an old cream separator out back, or spot one at a local yard sale and fancy making a clean profit, we’re here to help.

History of the cream separator

The cream was an incredibly valuable resource in the 1800s. It played a pivotal role in butter production and was a welcomed source of additional revenue for farmers. But getting the cream was frustrating, long-winded, and often futile work.

Before cream separators, farmers had to be very patient. They would have to leave milk settling for a long period in a container, waiting for the cream to rise to the top. Afterward, they would skim it off.

This process was bad for many reasons. It was a very time-consuming process.  also risked the milk becoming contaminated or souring – rendering it useless.

The rise of the cream separator

Cream separators came at an opportune time for dairy farming. Initially, they were simple in design. It was a small container with a special nozzle at the bottom.

The milk was strained through to the container and allowed settle. The nozzle was then opened and milk was allowed to flow out from the bottom. The nozzle could be manually closed when the milk had left, leaving just the cream in the separator.

The separator was manually operated, where the farmer turned a gear that made the separator bowl spin. Milk was heavier and slowly reached the outside of the rim. The cream was lighter and collected itself in the middle of the collector.

The milk and cream flowed out of separate nozzles. Cream separators saved the farmer time and energy, but also lots of money, as there was no longer a danger of milk becoming sour.

In the years to come, several versions of cream separators took fold. Early models were hand-cranked, then came steam power. In the 1930s, electricity revolutionized farms across America. However, by the 1940s, refrigeration saw a steep decline in the need and demand for cream separators.

To keep up with this demand, several manufacturers decided to begin producing a range of different models. They included:

Some notable brands that initially made other farming equipment soon entered the market. These include Massey-Harris, Rock Island Plow Co. B.F. Avery, and the Cockshutt Plow Company.

How much is an antique cream separator worth?

Most public auction sites list only parts and fixtures for cream separators, with prices ranging from $22 for this galvanized steel funnel, to crank arms worth $112.

Selling parts is a viable option if your equipment is beyond repair. However, we highly recommend selling your cream separator as a working machine, as this can dramatically increase its value.

Here are some other factors that impact value:

Hundreds of manufacturers made cream separators. However, in 1930 when refrigeration became popular, production ceased almost immediately.

Some brands are more desirable than others, but this ultimately depends on an individual farmer’s tastes and interests. Some of the most popular include:

Cream separators came in two common sizes; tabletop separators, which were smaller and used for small-scale dairy farming and domestic use. These are generally worth less: 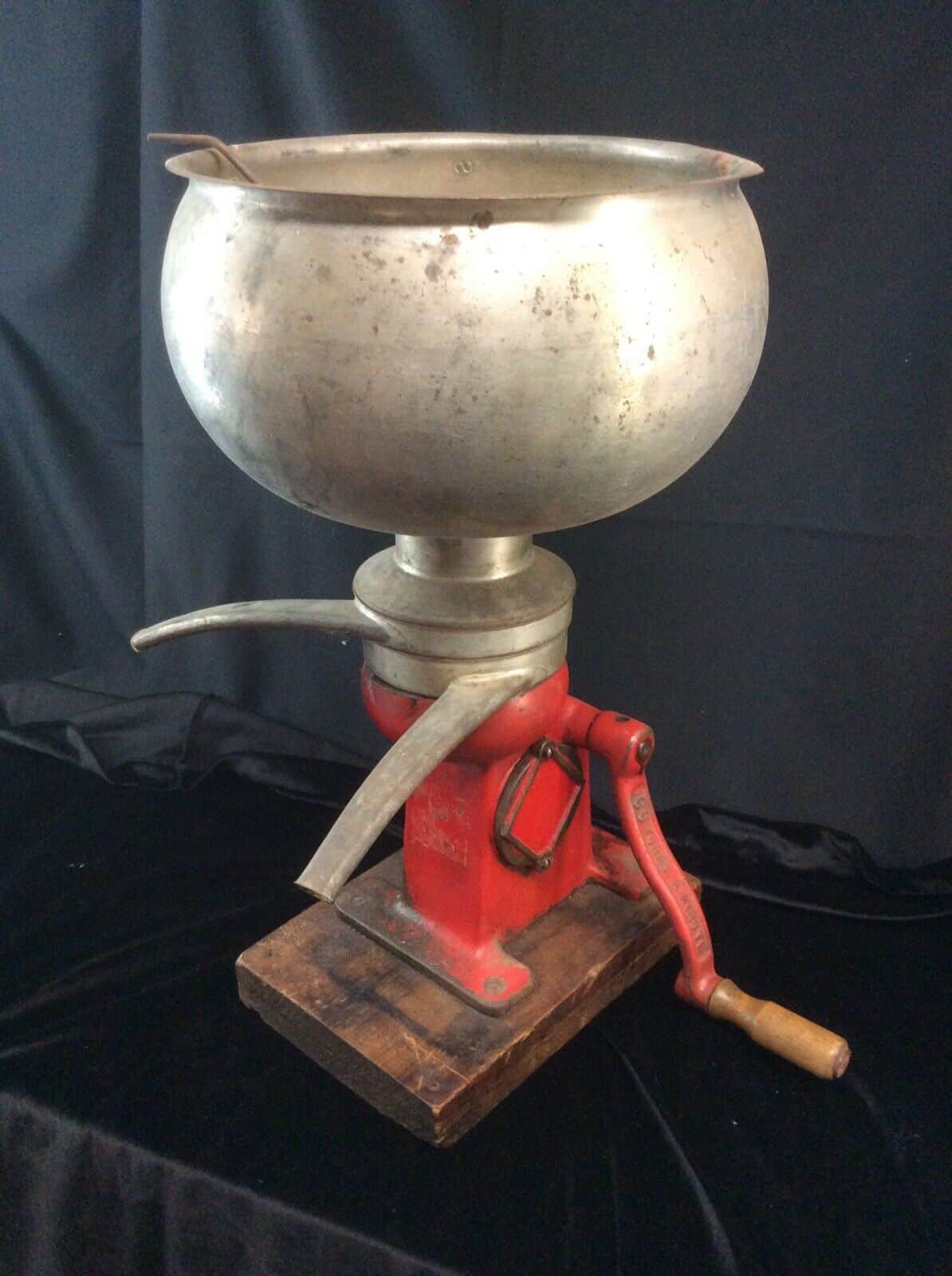 The second and bigger type of separator was the commercial-sized one. These could work with larger amounts of milk per session. The bigger the separator, the more it is generally worth. Examples include: 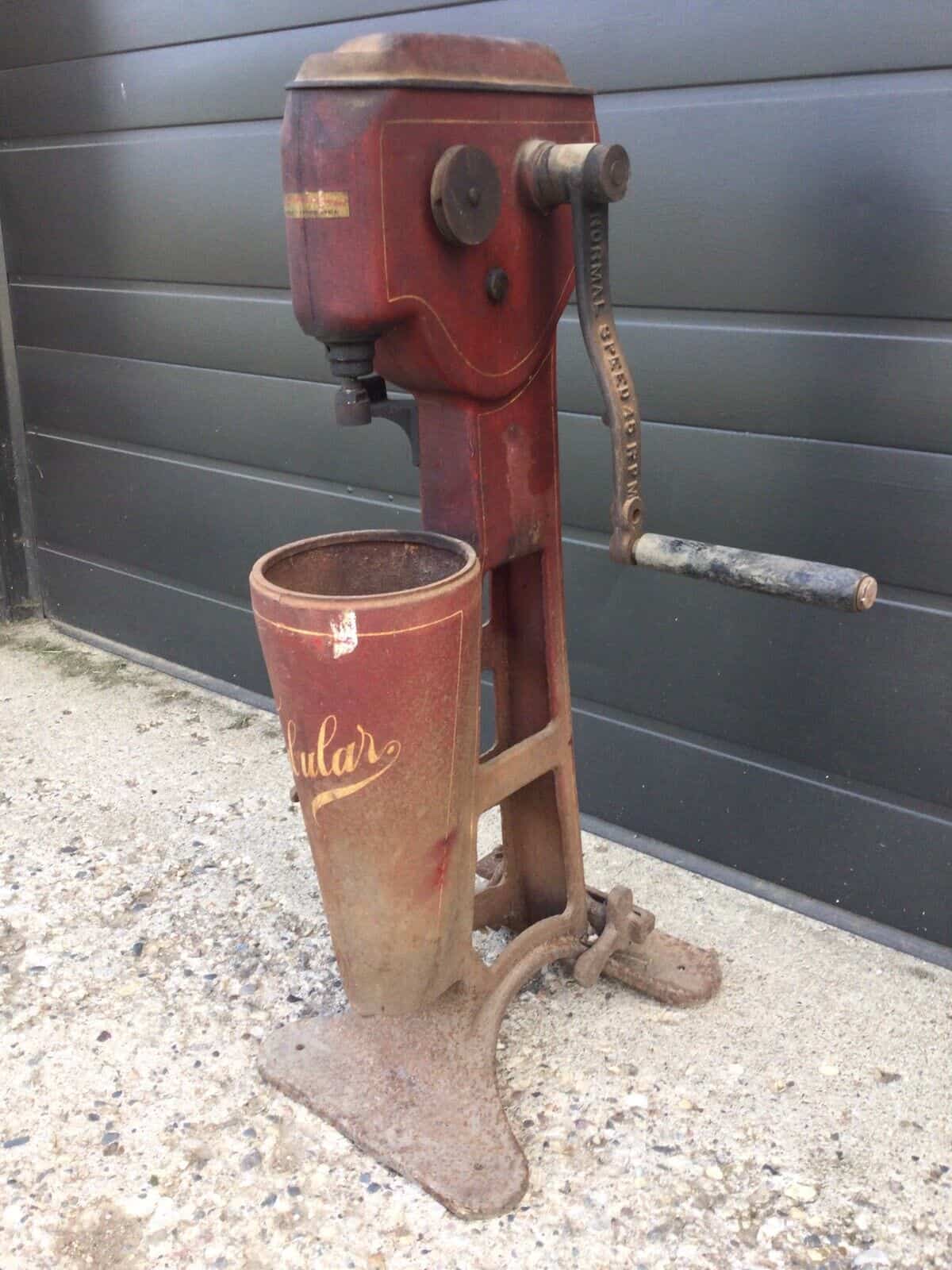 Farmers by their nature are proud of their local history. Many are interested in collecting pieces of history such as farming equipment like cream separators, and merchandise from popular farming brands.

This Marvel Gravity separator was manufactured by Superior Sheet, a company based in Indianapolis. 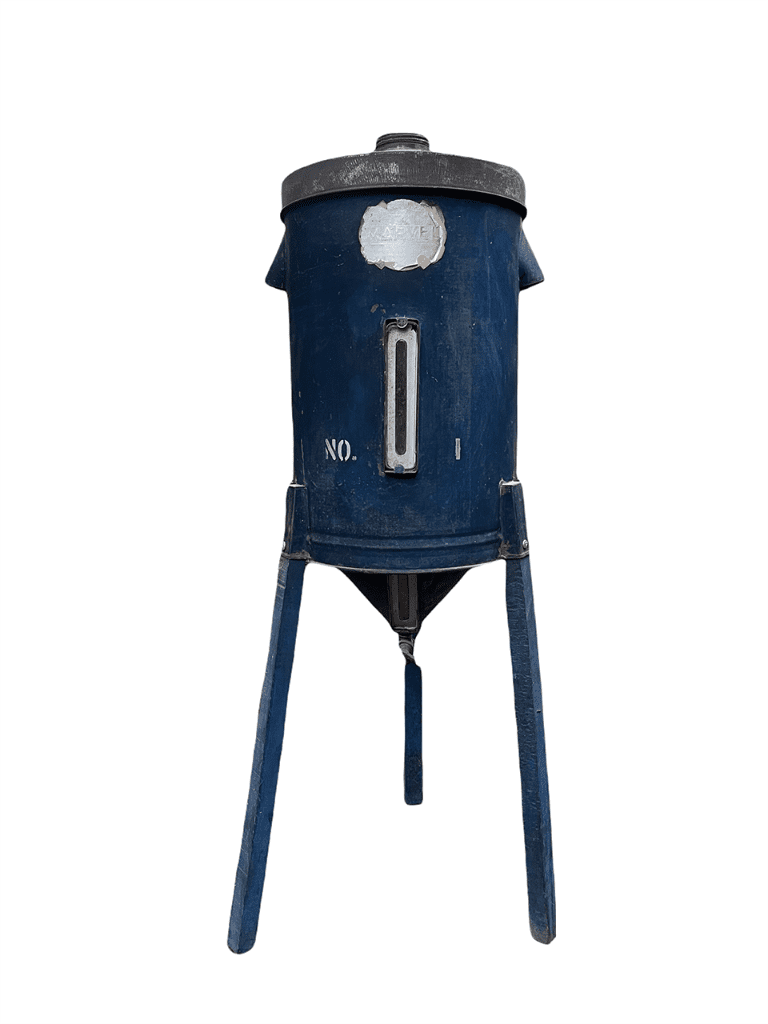 As well as being one of the best 10-gallon separators, its ties to Indiana make it particularly valuable to farmers from that locale. It’s worth up to $134 at auction.

Farming is in itself its own antique category. Farmers collect everything from machinery, to trade catalogs, leaflets, newspaper articles, calendars, and branded merchandise.

Cream separators often had several branded accessories included promoting their sale. These are highly collectible in their own right. Some examples include:

The better condition your antique is in, the more valuable it becomes.

And although cream separators were in constant use across the farm, they are a rare antique in that many are sold in good or great working condition.

So testing your machine to see if it’s operational is well worth your time. Examine the structure of the cream separator, and pay close attention to this list of basic parts:

If your cream separator fails to work, it’s a good idea to source replacement parts and repair the machine. Many antique dealers appreciate light restoration in this manner.

Often, designers use cream separators as ornate garden planters. Sadly, they often suffer from soil corrosion and water rot. For example, this cream separator is worth less because of its damaged bowl from plant matter.

How to buy and sell an antique cream separator?

The best way to find antique cream separators is to visit farm tradeshows and agricultural antique shops. They generally don’t show up in typical yard sales or thrift stores.

If you’ve inherited an antique cream separator, or are lucky enough to have found one on your travels, you have a very rare commodity.

You have a few options on where to sell it. Our favorites include:

Ruby Lane – Useful for all sorts of farming memorabilia, Ruby Lane holds small to medium-priced auctions, ranging from a couple of dollars to a couple of hundred.

eBay is – a popular place to sell not only cream separators but also separator parts (useful for restoring), as well as dairy farming memorabilia.

If you’re finding it difficult to properly identify your cream separator, there are a range of helpful services online to help you. As well as checking auction listings, this Cream Seperastor Gallery website has an extensive database of maker marks and common features for specific brands of separators.