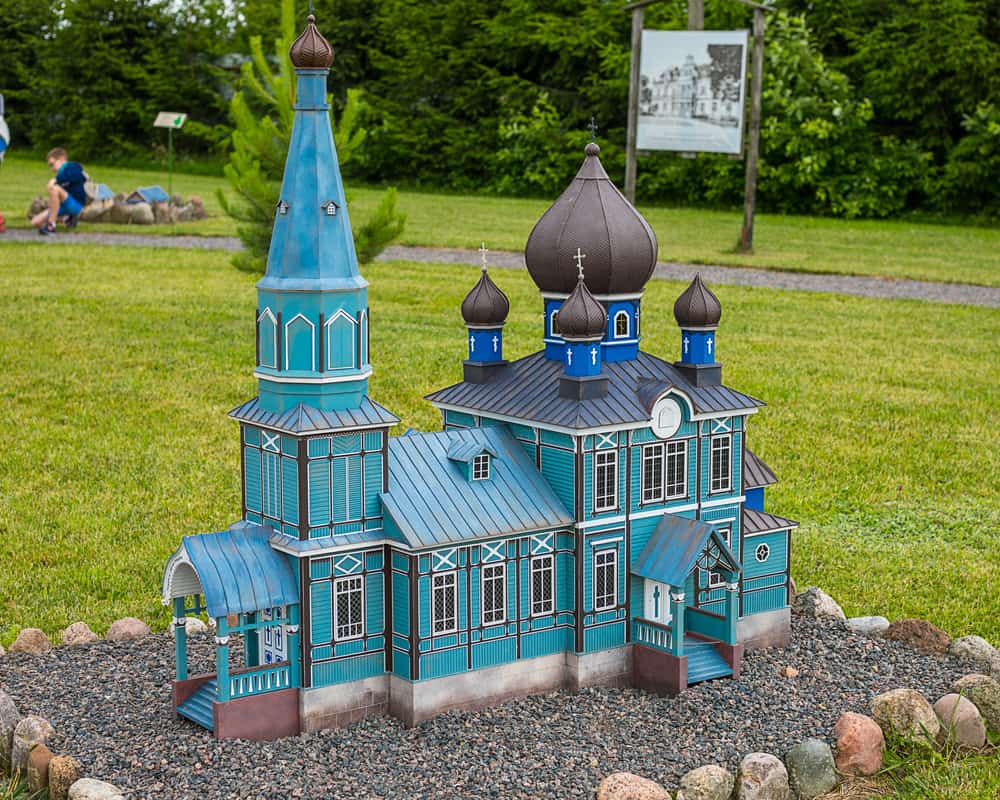 Many of us owned or played with a dollhouse when we were younger. These miniature homes have been popular toys for centuries. Most dollhouses now are mass-produced in the thousands. However, some dollhouses are works of art.

Did you know that they can be worth tens of thousands? And in some cases, as we will find out, millions!

In this article, we have listed the most valuable antique dollhouses and some more recent ones worth fortunes. We have also included some background information on dollhouses, such as their history and makers of popular dollhouses.

Did you know dollhouses were not invented for kids or to be played with? Originally, they were created to show off wealth or to teach domestic roles. The first dollhouses were built mainly in Germany, Holland, and Great Britain, and they were made for adults.

These beautifully crafted houses were markers of social class and status. The German word “dockenhaus” means miniature house rather than a dollhouse. In Holland, they were called cabinet houses.

A different variation of the original dollhouses were the “Nuremberg kitchens”. These houses were far from a fantasy play. They were practical items used for education purposes.

In the 18th century, a new variation emerged in England. It was a “baby house” – these were doll house miniatures of real homes that children were allowed to play with under supervision. But it wasn’t until the increase in mass production following the industrial revolution that dollhouses began to be constructed as toys.

We have mentioned briefly three types of antique dollhouses. As dollhouses became more linked with fantasy, some custom-made dollhouses no longer resembled the owners’ homes, but rather looked like castles.

Let’s take a closer look at these four styles. We have also included details of the most valuable antique dollhouse in each style.

The very first dollhouse was built for a German Duke from Bavaria, Albert V. in the 16th century. He wanted a miniature copy of his house to display his power. Others soon copied his idea and filled the tiny homes with expensive objects.

Because of the intricate details and highly skilled labor that went into building these houses, they often cost as much as the original, full-sized houses. Since they were used more like cabinets than playhouses, the front opened up like cabinet doors to display the valuable objects inside.

An example of a house created to show wealth is the one gifted to Petronella Oortman in 1686. The dollhouse features two beautiful ceiling paintings by Dutch painter Nicolaes Piemont. There are also two further paintings by Willem Van Royen. This dollhouse is valued at $18,000.

The Nuremberg houses, or kitchens, were a lot simpler since they were designed to educate and not display wealth. These houses came with all the kitchen utensils and were used by mothers to show their daughters how to run a household.

But they weren’t just to teach the daughters, but servants, too. The Nuremberg houses were used to give servants hands-on lessons about the functions and places of a large house.

Not many Nuremberg houses have survived until this day. One that has survived is from 1673. The date is known because it is inscribed on one of the chimneys. This dollhouse has not been officially valued and is displayed at the V&A Museum of Childhood.

Like the German dollhouses, the baby houses were also miniatures of the real houses. However, they were no longer created for display purposes only, but as playthings for the children of the wealthy.

One example of a baby house is Titania’s Palace, which was commissioned and designed by an English painter and officer Sir Nevile Wilkinson for his daughter Guendolen. According to the story, the little girl had seen fairies in the garden and wanted to give them a home.

The construction of this 18-roomed dollhouse took fifteen years and featured over 3,000 miniature works of art collected from all over the world. The house is valued at $256,500 and can be seen at Egeskov Castle in Denmark.

These dollhouses no longer had anything to do with reality. Instead, they were created purely to satisfy the fancy of the wealthy. One such dollhouse is the Chicago Fairy Castle built by American actress Colleen Moore.

Over 700 workers from all backgrounds contributed to the creation of the castle, including Walt Disney who painted murals on the wall. The castle included chandeliers made of gold and diamonds and there are fairytale scenes all over the castle. Worth $500,000, it is now displayed at the Museum of Science and Industry in Chicago.

The most valuable antique dollhouses are those that were made to order by top carpenters and artists. However, certain manufactured dollhouses from the mid-to-late-19th century are sought after by collectors, too. Below, we have listed some of these dollhouse makers with examples of what they can be worth.

The Christian Hacker factory in Nuremberg was founded in 1835. The company produced a range of wooden toys, including wooden dollhouses, miniature room boxes, kitchens, castles, cars, and trains.

Most dollhouses by the Christian Hacker company were large and impressive, ranging from two to four stories tall and had up to eight rooms. The company closed in 1927 following the collapse of the German economy. A few years ago, a large Christian Hacker dollhouse sold for £2,160 at an auction.

The business started as a bookbinding shop in Marienberg in 1865 but soon branched into producing a range of consumer goods, including dollhouses. When the town was linked to the railway network in 1875, it opened doors for exporting the dollhouses to Europe and the United States of America.

The company made many types of dollhouses, ranging from ones with abundant decorations to bare shells that owners could decorate themselves. After the Second World War, the company was on the East German side, and in 1972, the company was dispossessed and nationalized. A Moritz Gottschalk dollhouse on sale at Carmel Doll Shop is priced at $2,400.

You can find more information about both German companies on this website.

Information on Silber & Fleming is harder to source, but the company was a London-based wholesale firm. It was founded in 1856 and they were importers of jewelry, silver, china, and glass as well as dollhouses. They were the first British company to feature dollhouses in their catalog.

An 1890 dollhouse from Silber and Fleming sold at an antiques auction for £1,125.

The company was founded by three brothers after WW1. Their father, Joseph Lines, also ran a toy-making company with his brother George Lines and the family started making toys and models back in the 1850s.

The company’s line of toys proved hugely popular, and it claimed to be the biggest toy company in the world at one point. However, their business model became less reliable in the 1960s, and the company folded in 1971.

You can read more about the Lines Brothers on the Brighton Toy Museum website. You can currently find TRI-ANG era doll houses on eBay for under a hundred dollars, but they could be a good investment for the future.

Older does not always mean more valuable when it comes to antique objects and that is certainly true about dollhouses. We have seen from the examples above that a house from 1686 is valued at $18,000 but Colleen Moore’s Fairy castle from 1949 is worth half a million dollars.

So what determines the value of a dollhouse? How valuable a dollhouse is depended on the materials used in its furnishings and how long it took to build. The value also depends on how rare it is, whether it was a unique, made-to-order house or manufactured in large numbers. Who it was made for matters, too.

This is why one of the most famous dollhouses is the one made for Queen Mary. It was built between 1921 and 1924 by the British architect Sir Edwin Lutyens. Over 1,500 artists and craftsmen contributed to its creation. The largest dollhouse in the world has always stayed in the Royal Family and is valued as priceless.

The Stettheimer Dollhouse was created by Carrie, the youngest Stettheimer sister. This dollhouse is worth $1 million and is on display at the Museum of the City of New York. The interiors of the house feature a miniature of Marcel Duchamp’s Nude Descending a Staircase and nude sculptures by Marguerite Zorach and Alexander Archipenko,

The most expensive dollhouse, except the priceless Queen Mary’s dollhouse, is not an antique dollhouse, it is not even a vintage dollhouse. What makes it so valuable is the time and detail used to create it.

A doll house built by the artist Elaine Diehl in the 1980s is the most valuable dollhouse in the world. It took her thirteen years to make and 10,000 miniature items to decorate using detailed furniture and accessories.

The name of the house comes from the castle in a ballad by Alfred Lord Tennyson, The Lady of Shalott. It has a weaponry room, a dovecote, and even a wizard’s tower. The Astolat Dollhouse Castle has been valued at $8.5 million. You can read more and see pictures of the dollhouse here.

If you are a dollhouse enthusiast, it is worth seeing those houses that are on public display in person, if at all possible. The best way to appreciate the intricate details is to see the real houses.

Since it might not be possible, and some are not available to the public, here is a video we found of some of the dollhouses featured in this article.

Should you have any questions regarding dollhouses, you can write them in the comments section.