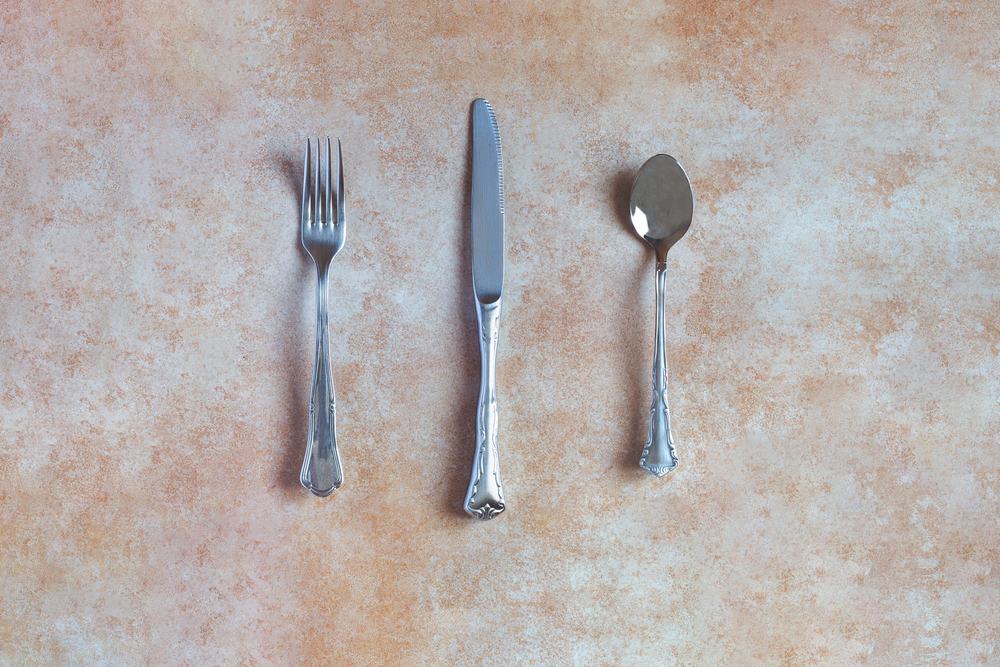 Cutlery is one of the Western culture’s most important creations. They did not, however, arrive at the same time. Knives, forks, and spoons first appeared as utensils at various points in history.

We then converted them into art, and they have become a symbol of riches and rank over time.

That is why cutlery collectors have such a diverse and fascinating field to delve into.

This article will teach you everything you need to know to be an expert in antique flatware pattern identification.

If you have antique silverware and have never considered selling it to make money, this guide may be valuable to you. Learn how to identify flatware styles and patterns.

How did some simple cutlery made of wood initially become this collector’s item that has transcended so many eras?

The spoon was the first piece of silverware to be invented. It began with seashells that were eventually united and attached to a wooden rod.

Then it became more advanced with time until we began working with metal. Shortly after the fork debuted and people became accustomed to having it in their homes, they began to produce silverware for special occasions like the teaspoon.

This is how teaspoons, soup spoons, and other adaptations for various purposes come to be.

The knife existed before the spoon, but it was employed for combat or self-defense rather than eating. However, by the year 1200, England was producing table knives.

Knife use became more regulated as people got more civilized. This caused society to develop the habit of sitting at the table with dull knives.

This was the final step in transforming the knife into a complete culinary item.

The fork is the newest addition to the world-famous trinity of cutlery.

There are indications indicating the tool was used in the 14th century to pick blackberries from the field, but there is no substantial record of its use until the 16th century.

It is said to have originated in Grace and was brought to Italy by a Greek princess. It was brought to France by royalty from Italy, and its use expanded throughout Europe from there.

The King of England pronounced it a suitable table instrument in the early 17th century. This is because it was not well embraced by the general public.

Forks were disapproved of by Christians, and their use was regarded as an effeminate gesture. The Christians claimed that God was angered because we were not eating with our hands, the instrument that God had given us.

Cutlery sets were personal goods that people brought with them when they went out to eat. It was only a serving fork and a finger knife at the start of the 15th century.

However, by the 18th century, it was widely known that the cutlery set included a spoon, fork, and knife.

Cutlery became widely used around the world as a result of the Industrial Revolution. Cutlery was used in mealtime rituals that reached theatrical proportions by the 18th century.

Cutlery began to grow more elaborate about this time, with patterns and numerous designs.

Styles arose from each era, and the world of Antique flatware has grown to the present day. That is why the world of vintage flatware is so vast, and there is so much to consider while identifying it.

How do you recognize flatware patterns?

If you’re thinking about selling that set of silverware you kept among your grandmother’s possessions, or if you just want to use it but aren’t sure if it’s worth anything, here are some criteria to help you determine the worth of your cutlery set.

This way, you’ll know exactly what you’re holding, and you’ll be able to appreciate it and take good care of it until you decide to sell it.

Determine whether the articles are genuine silver or silver plated

Silver is typically a darker hue. Silverware with a layer of silver but a base of another metal is lighter and heavier because of the base metal.

Although silver-plated goods are far less precious than sterling silver products, they are nonetheless sought after by collectors.

Take note of the cutlery pattern

The design of the engravings on your cutlery can also be useful in determining how expensive they are. Collectors will prefer the most specific and ornate patterns like logo companies, while those with merely the family initials or monograms will be less desirable at auction events.

A whole cutlery set is unquestionably more valuable than one assembled from diverse components gathered over time. That is why it is critical that you inspect your cutlery to ensure that it all matches and is complete. On the collector’s market, incomplete cutlery sets do not make as much money.

Think about the overall condition

It is critical to inspect the condition of your cutlery. Silver can corrode in small holes over time, and another prevalent culprit is a loss of brilliance. That is why it is critical to learn how to care for silverware and keep it in good shape since this is one of the most significant elements to consider when selling it.

Is There an App that Recognizes Silverware Patterns?

Miller’s Silver Marks is one of the best resources and the only app out on the internet that can assist you in identifying a silver piece. It is a must-have tool for all serious collectors since the information is quite precise, and its database provides you a significant advantage when attempting to identify a set of cutlery.

How to value flatware?

The first thing you need to do if you want to be a good seller is to determine the purity of the silver in the flatware set.

Do not forget to weigh it and have that information always clear.

After having the weight of your cutlery and knowing the percentage of purity it has, you must multiply the two figures. This way you will know the total weight of silver in your cutlery.

And finally, you must multiply that figure by the cost of silver in the market.

Cutlery craftsmanship has advanced to inconceivable levels of sophistication over the years. These are the most expensive and sought-after designs of sterling silver flatware. The manufacturer name changes play an important role in the final price of the flatware pieces. Remember that original pieces are a good foundation for a better price in the market.

It takes its name from crusader king Richard the Lion-Hearted, who took part in the Third Crusade.

The motifs feature a coat of arms and are curving and beautiful in style. If the engraving is merely the initials of a family, the cutlery set may lose some of its value. Cutlery with a different style of stamp or pattern than the family initials is highly appreciated.

The latter, however, is the more plentiful.

Lunt Silversmiths sterling silver has been in the Lunt family estate in Greenfield, Massachusetts since the early twentieth century. Their elegance, as well as the quality and variety of their patterns, set them apart. Eloquence was the name of one of his most famous sterling silver patterns. It was designed in 1953 and is widely regarded as the best Lunt sign.

The Francis 1st cutlery pattern by Reed & Barton is an American design pattern that first appeared on the market in 1906. Ernest Meyer designed it.

The Francis 1st pattern is distinguished by its fifteen distinct fruit cluster motifs.

A lion, an eagle, and the letter “R” are signs that it is true, and they are engraved on all of their cutlery. The engraving was modified in 1950 to read “Reed and Barton.”

They are distinguished by an ornate flower motif that runs the length of the cutlery’s handle.

In 1845, Stieff’s Repoussé Sterling Silver was born. He inspired the European repoussé style. Its style and design are what make it so popular with collectors.

Wallace Silversmiths are the authors of the Grande Baroque sterling silver. William S. Warren designed it in 1941. His design took four full years to be fully developed and achieved great fame and renown. It is the maximum expression of joy and elegance.

The Golden Grande Baroque is a style that was born at its most popular as an offshoot of the original style.

What are the most valuable antique sterling silver flatware patterns in the market?

In the sterling silver cutlery market, there are thousands of interesting silver plate models and patterns for collectors, but this is a small list of the models that are currently for sale and are highly popular.

This can give you a guide on how the market is going and what is in fashion. Remember that in the world of sterling silver cutlery, demand changes over time, and this can help you take the temperature of the current trend.

There is no question that after reading this tutorial on how to recognize antique sterling silverware, you have realized how extensive it is and how much you must know in order to properly price it. However, if you wish to enter into the world of sterling silver cutlery, here are the fundamentals.

It is not only a fantastic business but also a lovely hobby.