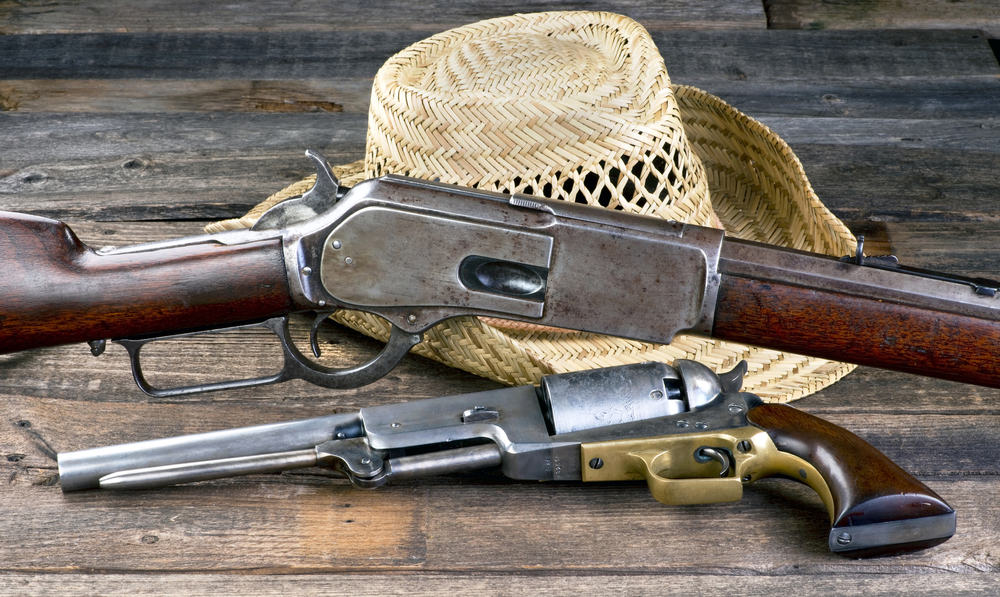 Just like with contemporary firearms, there are laws about owning and selling antique guns. You need to familiarize yourself with the antique gun laws, the types of antique guns, how to value them and where to sell them legally.

In this article, we have collated information on all the key things you need to know when collecting or selling antique guns. So read on to learn the basics about antique gun buying and selling.

The good news is that there are not that many types of antique guns you need to learn about. The first thing you need to know is that all guns are either muzzle-loading or cartridge-firing guns.

In a muzzleloader, the gun is loaded from the open end of the barrel known as the muzzle. A cartridge-firing gun has the ammunition packaging and cased primer inside the firing chamber. Collectors usually buy these guns with the intent of shooting, whereas muzzle-loader guns are mostly for display only.

Under the two main types, there are hackbuts, muskets, pistols, revolvers, rifles, and shotguns. Knowing the basics of each type will help you identify them and make better-informed decisions when buying and selling antique guns.

These guns, which originate from 15th century Spain, are also called arquebus (sometimes spelled harquebus) and they were the first guns fired from the shoulder. However, sometimes they were fired from a support because of the recoil. In the 16th century, the hackbuts were replaced by muskets.

A musket is a type of muzzle-loading firearm, which also evolved in Spain. Early muskets were usually fired from a portable rest and handled by two people because of their size and weight. They could weigh close to 20 pounds and be 5.5 feet long.

Later muskets were lighter and smaller and had improved accuracy. Muskets were the main long guns until they were superseded by rifles in the mid-19th century.

Pistols have been around since the 10th century following the discovery of gunpowder in China. However, the type of pistol we know today has its roots in 16th century Europe. Pistols are handguns that have the chamber integral to their gun barrel. The word originates from the French “pistolet” which means a small weapon.

Pistols that have unusual characteristics or history command the highest prices. In addition, there are certain gunmakers whose pistols are always worth keeping an eye on such as Volcanic Arms, Deringer and Lepage.

Revolvers are another type of handgun. They have a rotating cylinder that has multiple chambers feeding bullets through the barrel. The earliest gun that used a revolving barrel has been dated back to 1548 in Venice. Also, in 16th century Germany, there were early examples of guns with a revolving mechanism. However, they were expensive to make and difficult to use.

The revolver, as we know it now, was patented in the United States by Samuel Colt in 1836. In these revolvers, the cylinder rotates when the hammer is cocked. It was a reliable way to index each round and it didn’t rely on turning the cylinder manually.

The earliest rifles date back to the 15th century. Rifle gets its name from “rifling”. They are spiral cuts inside the barrel designed to spin the bullet inside the barrel. This spinning motion made rifles more accurate than muskets.

Rifles are guns that are held with both hands. When used, they are braced firmly against the shoulder for stability.

Shotguns are another type of long gun and they originate from the 1600s. When they were first introduced, they were mainly used for hunting. However, they have been used in battles, too. For example, during WW1, some regiments preferred shotguns.

Shotguns differ from the others because they don’t use bullets. They use shells filled with pellets that scatter when fired. It was this reason that made them popular with some military regiments because the scatter increased the chances of hitting a target.

For more examples of antique rifles and shotguns with images, visit the ATF website.

What defines an antique gun?

How do you know if a gun is an antique gun? The definition varies between countries, but the term is usually used to describe guns that were made before the 20th century. To learn about the rules in different countries, visit this website.

Although the definitions differ, usual cut-off dates include the start of the Boer War and the invention of smokeless powder.

How to value an antique gun?

Unlike other antique items, where you can peruse the internet to find comparable examples, valuing antique guns is more complex. It is often not enough to find similar guns, because the context of the gun matters, too. So, what are your options?

Using auction websites is one way to research the value of an antique gun. You can find information on sold prices from a range of types and models of firearms. Many auction websites also have photographs to compare your gun with. But your gun might be more or less valuable depending on its history and/or unusual characteristics.

Yes, it sounds a little antiquated, but books are a reliable way to find the value of your gun. Especially the Blue Book of Gun Values, which is updated every year.

Another option is to take your gun to a gun shop, but when you do, make sure that it is a shop that is trusted by the community. Unfortunately, there are shop owners who may not tell you the actual worth if they want to buy and resell for maximum profit.

Use an appraiser. If you are using an appraiser, you will pay for their time and knowledge. But using an expert will ensure that you get the most accurate valuation for your gun. An appraiser will often also give you a certification of authenticity.

Find and join an online forum

Join a forum that specializes in antique firearms. These discussion groups are invaluable because you can tap into the collective knowledge of the other forum members.

Use a combination of the above

The best way to ensure that you get the most accurate valuation of your antique firearm is to use more than one of the methods described above. We would recommend doing your research first using books or the internet and then taking it to a reputable shop or an appraiser.

What affects the value of an antique gun?

Different factors will determine how much your gun is worth. The age of the gun will matter, but it is not necessarily the most important factor. The condition of the gun is important as is the rarity of the gun and whether it has an interesting history.

The brand of the gun matters, too, as some are more popular collector firearms than others. Popular manufacturers of antique guns are Colt, Deringer, Winchester, Browning, and Smith & Wesson.

Antique firearms may have dark-tinted finishes and the more finish a gun has left, the more valuable it is. If a gun has been restored, it might not significantly affect the value. However, most gun collectors will pay less for a gun that has been restored using new parts.

Here is a video about the values of antique guns.

Where to sell and buy an antique gun?

In America, you also need to know the laws of the state you are in. The definition of an antique weapon differs between different states, too. However, according to the US gun laws, when a gun has been classified as antique, it can be sold and bought without a gun license.

Once you have familiarized yourself with the laws, you have a few different options.

Things you need to know before buying

The most important thing you need to know before buying are the laws and guidelines for your country. Are you allowed to own an antique gun without a license or will you need one before you purchase an antique gun? Do you perhaps need to register the gun with the local authorities?

You also need to know if there are laws regarding the display of antique weapons. For example, you might be required to keep them in a locked cabinet. Although, you might want to do this anyway, especially if the gun is very valuable.

You want to make sure that the weapon is definitely classified as antique. In the US, this federal law applies to weapons created before 1898, but remember to check state-specific rules. Also, check for modern replacement pieces that will decrease the value.

Buying and selling antique weapons is not as easy as ABC. But if you have done your homework on the law of owning antique guns, and the type and value of your gun, then you are on to a good start.

Once you have done your homework, all that is left to do is to choose where you prefer to buy or sell. Probably the best option is to cast as wide a net as possible to get more choices if you are buying and more potential buyers if you are selling.

Still have questions about antique guns? Write them in the comments section.