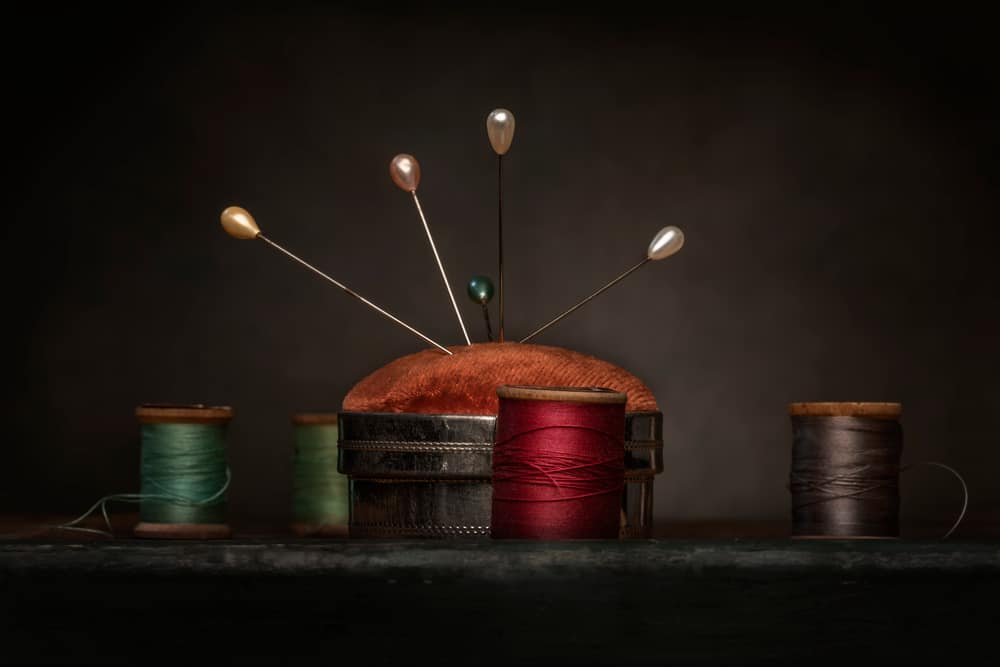 Do you have a hat pin that you believe could be an antique? Do you want to know how much your hat pin could be worth? Do you wish to know more information about hat pins?

If you have answered yes to at least one of the above questions, this article is ideal for you! Today, I will explore the history, uses, different types and identification of antique hat pins, and their potential value.

Hat pins have been an accessory favoured by women for centuries. Though they are a very rare addition to an outfit in the 21st century, they are revered for their beauty and functionality. Some people enjoy collecting hat pins depending on their age and design.

The first known instance of a hat pin being used was during the Roman era, when women would use small pins to secure their wimples and veils to their heads.

They were next recorded as being in use during the 1400s, which is surprising considering their popularity did not truly peak until the early 1800s and lasted through to the early Edwardian era.

According to the Sam Waller Museum, the main function of a Victorian hat pin was to securely pin large hats to a lady’s hair without messing up the carefully styled elaborate updo that characterised the fashion of the day.

Early hat pins made in this era were produced by hand by families in trade. The popularity of hat pins during the 1820s was almost exclusively towards pins made in France that were shipped over to the UK.

Because of this, a law was passed by the British Government stating that hat pins manufactured abroad could only be bought on January 1st and January 2nd each year, leading to hatpins becoming fairly rare possessions up until the mid to late 19th century.

In addition, a long pin provided women with a handy weapon for self-defence purposes during the Industrial Revolution in the late 1800s and early 1900s. It signified more freedom for women as they could get jobs and go out to events without a chaperone.

This freedom led to many experiencing unwanted advances from men but brandishing a hat pin and giving the offender a sharp jab helped keep them at bay. Their compact design was also a benefit as it was easy to conceal, giving the lady an element of surprise.

This was standard practice for independent women and was especially popular with the followers of the Suffragette movement. Suffragettes used the hat pins for the same purpose, only their targets included the policemen arresting them for protesting.

This spiralled into laws being passed in 1908 that limited the length of the pin to 8 inches, down from up to 13. This too was protested, as women felt safer with having some form of defence against unsavoury characters, but their protest was ultimately disregarded.

By the time World War I began, hat pins were seen as an unnecessary extravagance and a waste of valuable materials. Manufacturers ceased production and gave their materials over to the factories making war machinery.

After the war ended, the fashion changed to reflect the utilitarian style of the war, hairstyles were much less elaborate, and hats were no longer worn frequently. This meant that hatpins no longer had any functional purpose, and so they fell out of favour.

How to Use a Hat Pin

Using a hat pin is simpler than it seems. The Pragmatic Costumer has provided a helpful set of instructions that you can easily follow.

Pick a pin length that suits you best depending on the type and size of the hat and the hairstyle you have underneath. For bigger hats and thicker hair, a longer, pre-ban length pin is best.

Next, if possible, pick a pin that matches your outfit. Many have embellishments made of jewels or glass on one end for different occasions and seasons, and you can match the colour of the jewels to the colour of your clothes.

Once you have selected your hat pin, put your hat on your head and position it how you want it to sit, then carefully slide the sharp end of the pin through the side of the hat all the way over to the other side, ensuring it slides under a section of hair.

This should keep your hat securely attached to your head. If you can, get the pin as close to your scalp as possible without accidentally poking yourself for added security.

A YouTube tutorial on how to use a hat pin can be found here, thanks to The Edwardian Writer.

Hat pins and stick pins were both popular around the same time, so it is easy to confuse the two. However, here is one key difference between them: their size.

Hat pins tend to be much longer and feature decorations such as glass beads or gold or silver designs at the top.

On the other hand, stick pins are shorter, with small figures or enamel flowers at the end. Stick pins also have a different purpose as they were used to hold a necktie in place, pinning scarves in place, or to decorate a lapel on a jacket. They were more likely to have been worn by gentlemen whereas hat pins were a more feminine object.

There are several different types of hat pins, each designed for a different target audience depending on budget or purpose. Love To Know Antiques have provided a helpful guide with information about each type, and I will cover the five most popular:

This type of hat pin features a white or black glass bead at the end and were made by machines. They are referred to as ‘working girl’ pins because they were practical and made to be worn by ordinary women every day.

These hat pins were bought by high society women as they were made from expensive materials such as high karat gold. The added expense was also due to the fact that they were crafted by the most talented jewellers of the era.

Art Noveau pins follow the trend of the day and were usually crafted with silver. They featured designs that represented femininity, nature, and fertility, such as flowers.

The rarest of the five, these hat pins were named after the enamelling process used to make them and translate to ‘open to light’. They are extremely rare nowadays and extremely expensive.

Art Deco was another popular trend during the Victorian era that manifested itself in furniture and architecture, however Art Deco designs were around long before this.

Hat pins were easy to craft in the Art Deco style thanks to the geometric design that characterises the genre. It became especially popular in the years between World War I and World War II and was the last big peak in popularity for hat pins.

Other hatpins worn and used during the Victorian and Edwardian eras include arts and crafts hatpins (another popular trend), military hatpins that emerged during wartime, and opera hatpins (used to hang a hat on the back of a chair during a performance).

In addition, there were compact hatpins that contained a handy powder puff and mirror, hallmarked hatpins that had a mark on the top or the stem of the pin, and finally, a rare type of hatpin that served as a vanity. This pin contained a cloth for perfume or a sewing needle.

How to Identify Antique Hat Pins

Now that we’ve covered the history and types of hat pins, we can now explore how to identify a genuine antique pin from reproduction and what kind of hatpin it is.

It can be difficult to determine a real pin from a ‘fake’, but these helpful tips provided by the American Hatpin Society will help put you on the right track:

The value of antique hatpins varies depending on the quality, materials, age, and popularity of the pin. Because their function is now obsolete, they are regarded as collector’s items or as wonderful ornaments to be displayed or worn at events.

This niche market means that they usually sell for relatively low prices, with most hatpins averaging around £20-£100.

The exceptions to this are pins that belonged to important historical figures or related to a significant event, pins with expensive jewels on or those that have been made with high karat gold, and hallmarked pins.

Hallmarked pins made by manufacturers such as Charles Horner have sold for between £200-£300, and jewelled pins can be appraised and potentially melted down to get to the core materials if they are worth more than the pin itself.

For a more accurate estimation, take your hatpin to your local antique dealer or antique shop for an appraisal.

To conclude, in order to successfully identify an antique hatpin, you must:

I hope you have found this article useful. If you have any comments or queries about anything you have read today, please let us know and we will get back to you as soon as possible!