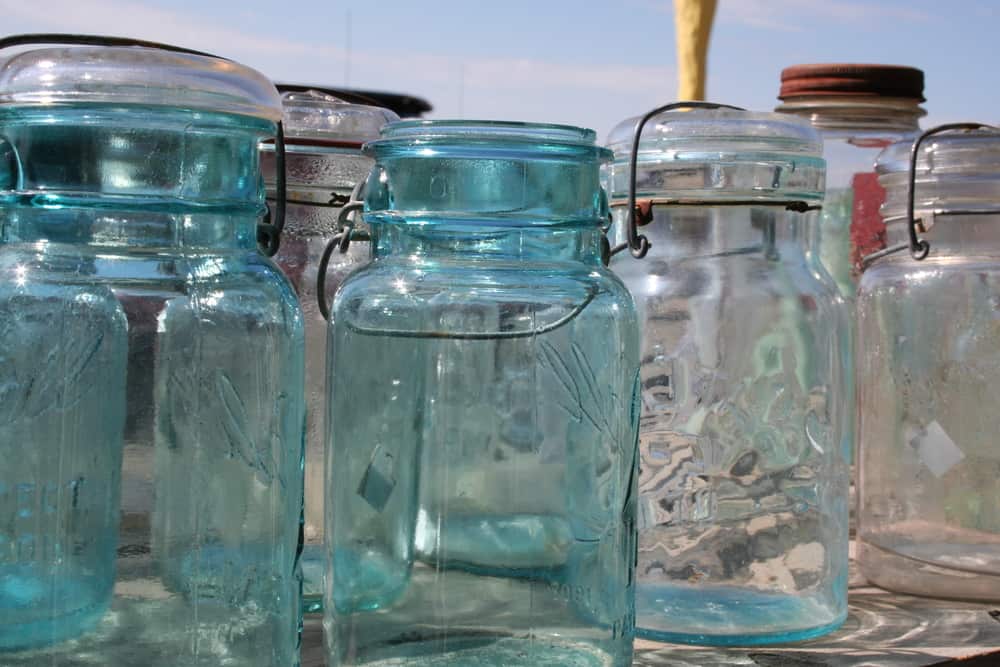 Mason jars are one of those items that are both awesome and technically ordinary. Yes, they are just pieces of glass used for conservation storage but they are incredibly useful for that both in the kitchen and in the basement. Plus, did you know that older mason jars can have quite a bit of monetary value too? So, antique mason jars – what are they worth and how can you figure out their value?

A brief history of mason jars

The term “antique mason jars” can be a bit misleading as even the first mason jars are a little over a century and a half old. Ordinary glass containers are much older than that, of course, but mason jars are special. They are hermetically sealed, a technology that was invented by John Lantis Mason in 1858, hence the name. They are also called Ball jars as that was their original brand. Since then, mason’s patent has been freed and many different brands have produced such jars.

So, they don’t exactly come from the Age of Antiquity and their worth may not be as high as some may imagine. In fact, most old mason jars that would qualify for terms such as “antique” or “vintage” have price tags in the mere double digits.

Still, these hermetically sealed glass wonders can be priced by collectors if they are old enough or if they have some specific and rare features.

What are antique mason jars worth?

Most of the time, if you’re lucky, the mason jars you find in your family’s basement will be between $20 and $50 each. Still, this is in no way insignificant considering that most people just throw them away for nothing, as if they are any ordinary old glass.

And, if you have a full basement full of mason jars your grandmother used to use for vinegar, jam, peaches, or her old weird recipe, it’s not that unlikely that more than one of them has some extra value in the eyes of collectors. Add a few old Ball mason jars together and you can be looking at several hundred dollars or even more.

How can you tell if a mason jar is vintage?

Fortunately, mason jars are only about a century and a half old so dating them doesn’t involve anything overly complicated and scientific. Most of the time, all you need to do is look at the logo that’s stamped on the glass itself. This works because we know which logos were used during which periods so that alone is usually enough to give us a dating approximation of a few years or a couple of decades at most.

The main exceptions would be the more modern logos which have often remained in use for multiple decades. The current Ball jar logo, for example, has been used since 1975 as is. Older Ball jars are very easy to date by following this method, however – just compare your jar’s logo with these logos and you’ll know when it was made.

Another way the engravings on the jar can give you insight is when there is an adjective term somewhere on the jar, usually between the Ball and Mason logos. The six most common terms you’ll see go as follows:

These are the main ways to figure out are old glass jars worth money. And the older the vintage mason jars are, the more valuable they are overall.

Age is far from the only factor at play here and the exact type of glass, design, and even color of the jar can also be crucial.

For example, clear and pale jars are very common – both now and 150 years ago. The same goes for all jars with a yellowish tint. Amber jars aren’t very popular in recent years but they were at the turn of the 20th century so vintage amber jars aren’t that valuable either.

That is, unless we are talking about some particular variations of amber jars with strange color shades or some other identification historians would appreciate.

An antique green or blue cobalt glass canning jar is something else, however, and they can be exceptionally valuable – not just up to $300 but sometimes even close to or above $1,000 for a Ball blue color jar.

The top of the jar can also affect its value as there were some topper designs a century and a half ago that you’ll rarely see today. Lastly, some jars can have specific quirks that collectors find very tempting such as an upside-down stamp, certain defects, and so on.

Chief Mason Jar from 1870 is easy to recognize with “The Chief” logo on the side with an over imposed “K” on top of it. Such jars also have a faulty screw and can go for over $800 on eBay or on yard sales.

Ball Upside Down Error Jars from 1933 tend to cost around $1,000 each. As the name implies, these Ball jars had a manufacturing error that had printed their logos upside down – quite the rare feature that bumps up their price tag today.

Mason’s Zinc Lid Jar – costs about $1,300 today as it was one of Mason’s original designs. This perfect mason jar is easily recognizable by the “Mason’s. Patent Nov. 30th 1858” sign printed on the side.

Amber Beaver Jar was invented in 1880 and its price today can be up to over $2,000 on an online auction. This mason jar from Canada has a beaver image on the front and has a different color than US-made amber jars. Black Amber Magic Star Fruit Jar boasts an impressive price tag of $3,000. Made in 1886, it has a distinctive dark reddish black color. The glass lid is secured with an iron clamp. 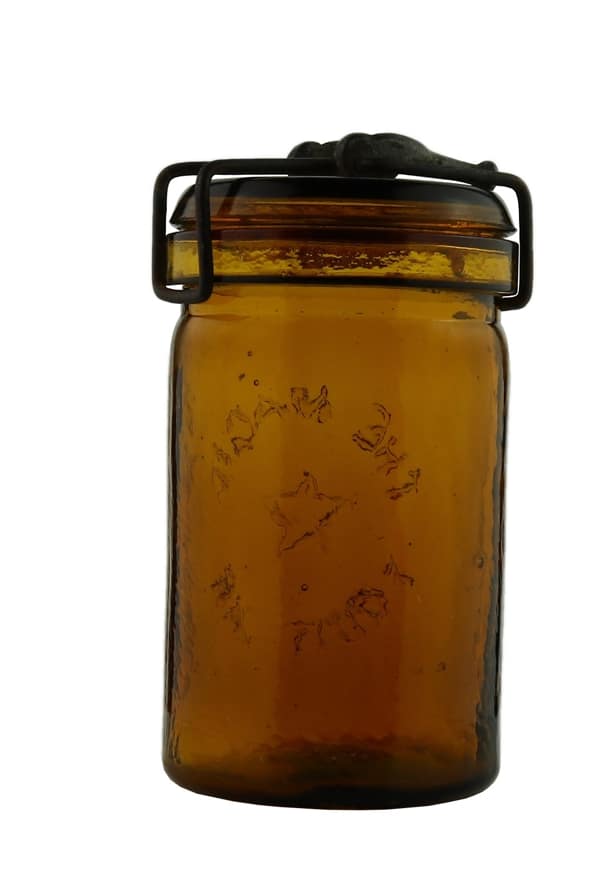 The Van Vilet Improved Jar is widely recognized as the most valuable mason jar today as it’s worth $23,500. The price is so astronomical because only a few such jars exist today after a fire in the Van Vilet factory in 1885. They are characterized by a wire that’s attached to the lid but stretches to the bottom in an attempt to strengthen the seal. 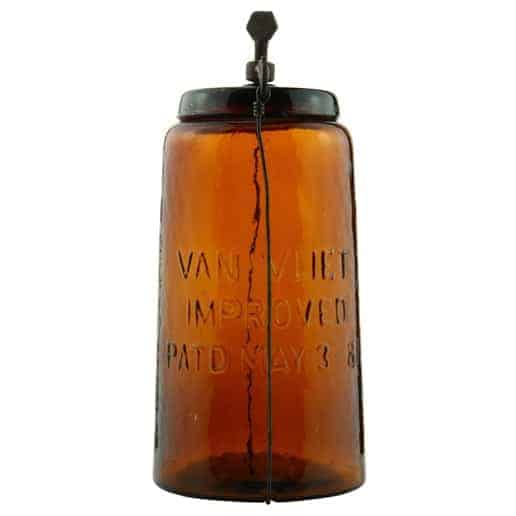 How to clean antique mason jars?

Cleaning antique mason jars isn’t all that complicated as long as you’re careful not to break them. All you need to do is wash them carefully by hand with warm water and soap and then soak them for half an hour if need be. You can also use a soft-bristled scrub brush.

For the lid – if you want to preserve it but it’s too dirty and rusty – just gently clean it with water and a soft brush, and then use a sealant product to seal the rust and prevent further corrosion.

So, are old mason jars worth money? Old mason jars are not the highest-priced antiques you’ll find but they are quite fascinating and beautiful. And, they can still fetch you a nice price, either individually or in bulk. Just make sure that you know exactly what you have first before you accept any bids from strangers on the internet.