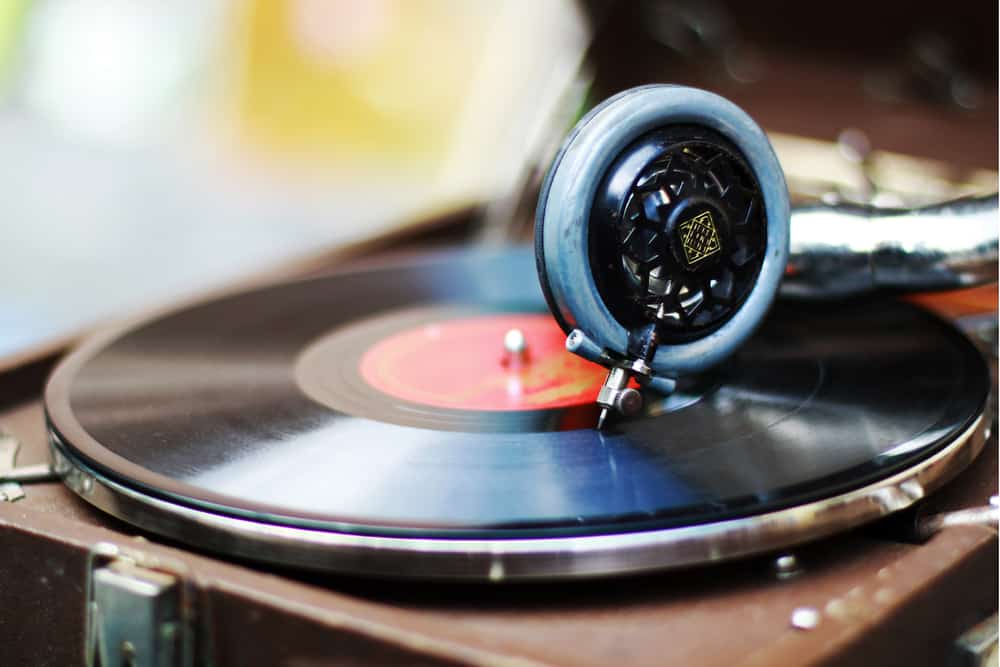 Whether you’re a collector of antiques or an audiophile looking for the best sound, phonographs are truly great finds for the home. But buying the wrong needles will lead to damaging your records, and in a world where fakes and reproductions are everywhere, it’s hard to know what to trust.

What’s more, even in modern turntables, needles can get damaged easily, and when it comes to antiques, you often have to piece them together from found treasures of parts and accessories. This article will help you find the best bet for your listening pleasure.

The needle, or stylus, comes in a variety of types that will all have different kinds of tones.

Soft steel was the most common material used for early phonographs, and they were designed to produce different tones based on the shape for clarity and volume control. Consider it the true standard in needles, while all other materials have been aiming to provide longer usage or adapt to new technology.

It will produce a quieter sound, giving a background ambience to your music. What’s more, the muted effect will also handle scratches and worn spots better than other needles, so if you have damaged records, you may well get more benefits than you expected by trying a soft-tone needle.

Medium tone needles are harder to find than the other varieties, because as the name implies, they are meant to provide a standardized effect on the sound.

Spearpoint needles are generally known for their clarity of sound and being in the same spectrum as medium tone. While the other needle varieties look very similar with their only differences being thickness, you’ll find that the spearpoint stands out as its description implies: the needle’s tip resembles the head of a spear or the nib of a ballpoint pen.

Loud tone needles are the popular choice for people who are playing truly antique records that predate 1920. They are designed to bring out as much sound as possible, and so they are particularly beneficial when used on records that have poor recording quality due to age or the technology of the time. It will provide a louder volume, as the name implies, but blasting opera may not be the choice with a damaged record that needs a soft tone needle to hide its flaws.

Regardless of which you may use, the key word in “soft steel needles” is soft. They are designed to learn the shape of the grooves in their play, but after a few full plays of the record, they sharpen to a point that could cause damage. That’s why they should not be used for more than three plays to avoid risking damage.

In more modern technology, the worry of damage is more to do with the heat produced by the needle, so if you wait until the next day, it will be fine. In steel, it’s to do with the mold of the metal needle itself, acting like a piece of wood in which the groove is a lathe. That will cause damage regardless of how long you wait.

In 1924, an alternative to steel needles was created out of a tungsten alloy, branded as “Tungs-tone”. These needles had a softer touch than the soft steel itself and would be less at risk of damaging your records.

What’s more, unlike the steel stylus with its recommended three plays, the tungsten boasted dozens of plays until it wore out. If you come across a tungsten needle, have a feel at the tip to see if it is well-worn. Like a graphite pencil, the tungsten nib will blunt and eventually wear itself out.

Unlike a graphite pencil, however, once the stylus is worn down, it can’t just be sharpened and used again. As new, the needle was designed to fit the arm of the phonograph and the length it needed to reach a record’s groove. Once you wear down the size, it’s not growing back.

As tempting as it is to have a sapphire in your home, they were considered the cheap option for electric phonographs. As opposed to steel or tungsten, they last for about 40 hours rather than a few plays.

However, they’re designed to operate on electric-powered phonographs, so if you’re boasting a wind-up antique, don’t risk the damage to your collection of records by fitting it to the wrong material.

Don’t worry, you won’t pay as much for this needle as you will for a wedding ring. A diamond stylus is now the preferred material for long-lasting, clear quality play in electric phonographs.

Like steel, as the standard, it comes in a variety of styles, all designed for their own purpose based on the make:

Diamond residual needles promise 250-300 hours of play. Have you ever wondered what happens to the bit of diamond left over from being ground down? This is one of its uses. That powder is pressed into a diamond composite needle that will provide long lasting quality sound.

Pressed Synthetic needles bring out 400-600 hours of play. Rather than being pressings of powder, these lab-produced synthetic diamonds are easy to create and have become common, reliable products that are mass-marketed worldwide.

Polished Synthetic needles are the higher-quality choice passed pressed synthetic, known for lasting up to 1500 hours by the latest-and-greatest producers in Japan, they’re a great investment for time given a quality manufacturer. For some, of course, there will never be a replacement for the “real thing”.

Naked diamond needles are cut from true diamonds, bringing a whopping 2000 hours of play to their craftsmanship. Considered the finest quality, it will run the highest price, but it will also last the longest and will be the choice selection of a true audiophile.

Caring for Your Antique Phonograph and Needle

Regardless of which needle type you choose to try, there is some maintenance to be aware of if you want to protect your investment in your needle as well as the records you’ll be playing.

The sound produced from your records is created by the vibration between the needle and shape of the record groove, which is put through a reproducer in order to recreate the sound intended. That vibration creates friction, which in turn, creates heat. Especially with harder needles like gem-based diamond and sapphire needles, playing a record more than once in a row could warp the vinyl and damage its sound.

Needles need to be maintained, too. Older steel and tungsten models will have cases to store needles in, while longer-lasting gem-based options will often stay exposed to the elements. Either way, a clean needle will lead to less friction, less damage, and quality sound, so be aware of any possible residue that may gather on the tip of the needle from dust or any other age-related issues.

Which Needle Should You Choose

If you’re playing an electric phonograph produced after 1935-1940, you’ll want to look into gem-based needles. If you are lucky enough to have a wind-up phonograph and are looking to play as well as preserve, the standard soft steel is a great choice.

Tungsten and sapphire options are a little more difficult to find – neither are produced like they used to be. However, they can be great for a collector who wants to experience the uniqueness that each material can bring to a record.

No matter what kind of tone you want, pay attention to the longevity of each needle and, especially the wind-up models, replace as often as suggested. Don’t leave old needles lying around, either: they have very little use and can be easily mistaken for a new needle. Best to throw them away after use rather than risk damaging a delicate instrument or record.

It can be particularly difficult to find the right fit for your model, even when you’ve narrowed down your choices to the desired option. Luckily, the original manufacturers often still keep the tradition alive by producing their own needles.

These manufacturers include names like Victor-Victrola, Edison, Chamberlain, and Brunswick. Each label well-reputed for a legacy in sound from the days when playing music from your own home was the equivalent of a science-fiction revolution.

Where to buy Phonograph Needles

While diamond needles are the most commonly available and still mass-produced and can be purchased anytime you need, for the reasons stated above, you’ll likely be looking for soft steel or other rarer finds through less conventional means.

You could, of course, go antique haunting by stopping in shops or asking your local mom and pop music stores for finds. Online auction sites like eBay will be a great place to keep your eyes on, and they may even have innovative alternatives that are rarer to see, like this solid Osmium needle that is designed for modern production for use on an antique model. Even bamboo needles have been produced that could be a rare find for bragging rights or just to see how they sound.

Some hobbyists even go so far as to produce their own market of options, so when auction shopping, don’t forget to check online resources for self-made products.

A collector who is less interested in function over fashion may well forego the process of finding the right needle for their antique phonograph. However, for those that want to hear what it sounded like to play a record for the first time in the history of mankind, thankfully, there are many options out there.

If you check the make and year and method of your phonograph’s design, you shouldn’t have to look far for the ideal match for your needs. The important thing, once you have decided on a buy, is to care for it per its design.

Many products a century ago weren’t meant to last for years. Some were only meant to last for a few plays. Antiques grow in value with time, but every use wears them down. You want to make the most of those uses by doing as little damage as possible. Your antique is an irreplaceable historical artifact. It’s a good idea to treat it like one.

Using the information in this article, you’ll be well-prepared to have your antique phonograph and play it, too.