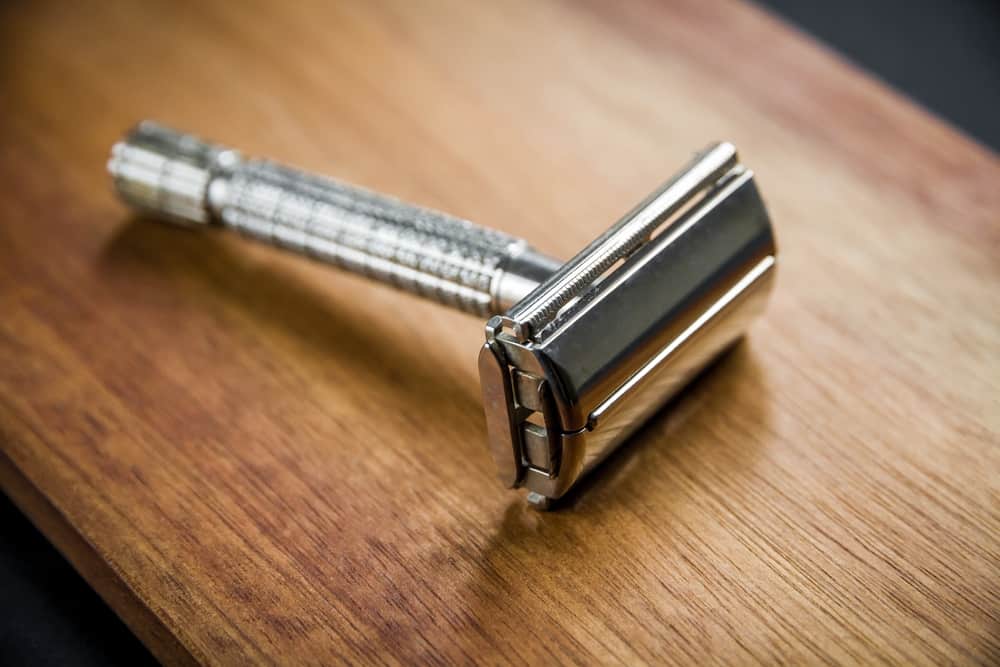 Now a symbol of gentleman pampering, the razor has been with us for thousands of years. Ever since the Ancient Egyptians, to present-day barbering, and all the years in between, they’ve kept our men well-groomed and cleanly shaven.

And despite everyone having disposable razors now, did you know that antique razors are having a moment?

Both collectors and barbers are always on the hunt for the next best blade to buy. Some models are known to sell for thousands of dollars at auction.

From exploring the most popular brands and models to showcasing some recent sales, we’re going to show you how valuable your old razors can be.

Razors have a long and treasured history, dating back to antiquity as Ancient Egyptians always kept a clean-shaven look. However, it wasn’t until the 17th century in Europe that recognizable razors like we have nowadays came to be.

These razors were hatchet-shaped. Soon, a pivot was ingrained in the design to allow the blade to be closed over, and preserve its sharpness.

In the 19th century, razors evolved again to be more straight and made from silver steel which was long-lasting and tough.

Handles varied in material, but were usually made of wood or Bakelite and were plain. More expensive razors had a sterling silver or ivory handle.

Barbers became popular as they could give the closest shave possible, and usually had high-quality blades. To maintain their blades, barbers often sharpened them against leather or canvas.

The era of Gilette

This monumental invention allowed virtually anyone to shave at home. Blades were cheap and easy to mass-produce, ensuring everyone who wanted one could buy it easily. No one sharpened razors anymore – they simply bought new ones.

The company continued to rise in popularity. It supplied World War 1 soldiers with razors and regularly partnered with sports stars to advertise with.

Straight blade razors tried to remain relevant with the general population but were replaced quickly across homes. In 1928, the electric razor was the final nail in the coffin, with big manufacturers entering the industry.

Nowadays, straight razors are still considered one of the closest shaves a man can get on their chin and cheek. They are often provided by specialist barbers in tandem with other beauty treatments.

The rise of the disposable razor saw many manufacturers enter the market, creating a variety of different razers, some of which were disposable, while others honed in on the niche market of straight razors.

Besides Gilette from America, the most notable antique makers came from England and Germany, and include:

How can I tell if my razor is vintage?

Because of their signature shape, design, and durability, it can be hard to date older razors. Not many manufacturers played too much with the overall design.

And the question of if a razor is antique (over 100 years), vintage (over 20 years), or a modern reproduction can be challenging when so many different types used similar materials.

Maker’s marks are the primary way to identify your razor, and in turn, date it. They are small logos, serial numbers, or trademarks.

Companies sometimes changed their logos or fonts and depending on the style of the mark, may be all you need to identify its age.

Secondly, examine the handle. This is one of the few places where makers could experiment with design and develop a recognizable brand.

If you’re passionate about collecting razors and want resources to help you, we highly recommend the following reference books:

Antique razor blades are very misleading when it comes to value. Many of them are considered rare collectables. They will sell very well at auction if they tick all the boxes, such as:

Like many antiques, certain razor blade manufacturers are more valuable and in demand than others. The most popular include:

The three Kampfe brothers, Frederick, Richard, and Otto emigrated to America in the 1870s and set up a cutlery manufacturing company. However, it soon dawned on them that their true specialty lay in creating high-quality razor blades.

The most famous model, the Star, was released in 1887 and continues to be one of the most valuable collectibles on the market.

Many razors sold today are in their original boxes and kits and come with several other accessories like shaving brushes or a sharpener. Examples include:

Williams Greaves created a cutlery factory in Sheffield in 1832.  Greaves already had a growing reputation in America for supplying high-quality straight razors. Some of these which survived to reach auction can go for a couple of dollars, to hundreds.

Also based in Sheffield in the 1830s, Wade & Butcher had an impeccable reputation for creating world-class metal throat razors and pen-knives. These razors often had decorations etched onto the metal, and as such are often more valuable than rivals GGreaves & Sons. Established in 1926 by five brothers, Salem Markos & Bros. has some of the most coveted antique razor blades on the market, with beautiful designs including famous faces and patriotic animals. Examples include: The most popular Gilette razors are from the 1950s on. These are classified as vintage, not antique. Antiques sell for more than vintage.

That said, Gilette is still a consistent brand to collect and will surely increase in value as years by go. Prices range from:

One of the most distinguishable things about certain antique razors is their handle. Most often, it was only handles made of bone and sterling silver that had any kind of patterns or designs on them. Wooden handles were often the cheapest material.

Regardless of the material used, if the design was interesting, it could fetch above and beyond similar models. Some examples include:

The blade is the primary cause for concern with antique and vintage razor blades.

The blade should be free from rust and corrosion. Small chips may require the blade to be ground down to fix. Many antique blades are sold with the label ‘shave ready’, meaning they are fit for use on purchase.

Is your antique razor looking dull and damaged? Want to restore it to its former glory? Restoring an old razor blade usually polishing, resharpening, and sterilizing the blades.

They are one of the few antiques which will benefit hugely from touch-ups, as many collectors are still interested in antique razors with modern tune-ups. And the money you spend on repairs could increase your profit margins in the long run.

That said, because of the nature of the blade it is highly recommended you ask the help of a professional barber or smith to help you. Many websites offer competitive appraisal and restoration services, including the Razor Emporium.

Where to buy and sell antique razors?

Like any collectible, you can find old razors on sale virtually everywhere – from flea markets and yard sales to estate sales, auction shops, and more.

However, online sites are perhaps the easiest and most popular way of buying and selling antique razors nowadays. Some sites are like a catalog or value guide, where you can learn more about models and brands. Others offer one-of-a-kind sales.

Below are some of our personal favorites:

eBay – as one of the largest auction sites in the world, eBay is often re. With new listings every day. Prices can range from $12 for a generic model, to upwards of $900 for a branded model.

Razor Emporium – selling several brands of razors, including Dovo, Wade & Butcher, and Ralf Aust, as well as restored and vintage Gilette, the Razor Emporium is a treasure-trove of razors for sale, all at reasonable prices.

Etsy – with 1000’s of antiques, Etsy is another marketplace with daily razor listings. Many of the vintage razors have no identifiable marks, but range in value from cheap generic shavers ($6) to one-of-a-kind sales at $2,268.

Executive Shaving – this English site has a steady supply of straight razors, with facts and information on each model readily available. Most razors are on sale for $230.

1stDibs – while this auction site doesn’t have as many listings as our other recommendations, it still has some high-quality, antique, and vintage razors on sale for reasonable prices.

Griffith Shaving Goods – another comprehensive site offering a range of antique and vintage straight razors for reasonable prices. Many models have unique handles.