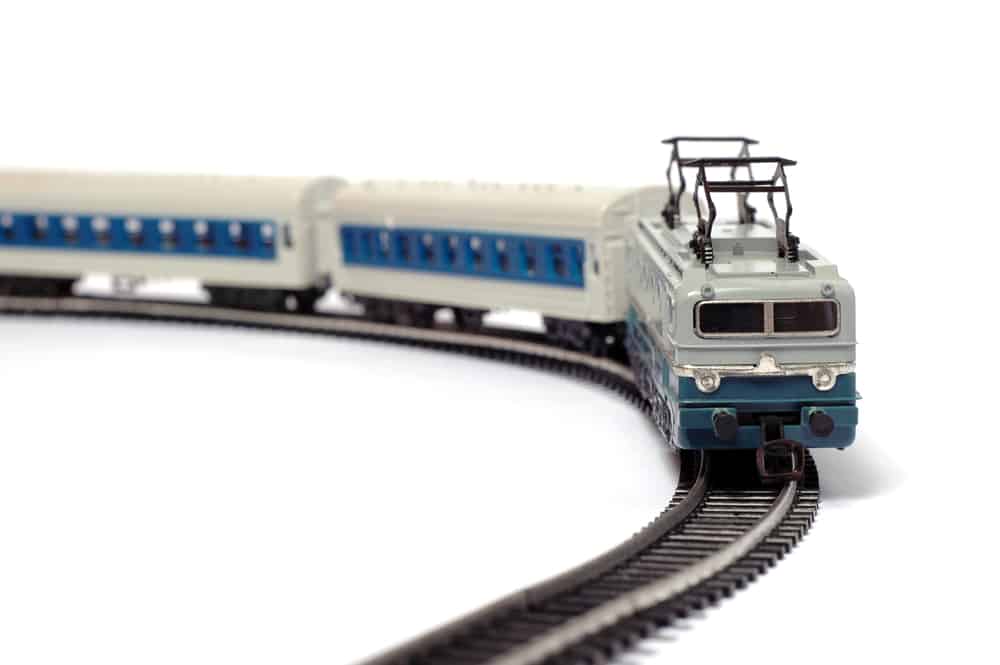 Depending on where you live in the world, you may view trains as symbols of bygone eras, but this does not mean that these tiny vintage toys are not worthy of your attention. Indeed, like with antiques in general, their history is the biggest part of what gives them value.

If you already have a broad interest in antiques or trains, these little toys can be the solution to your search for a new hobby.

These antiques can also grow a lot in value, especially if they are in good condition, so you can make a bit of money on the side with them, with the most expensive Lionel train set having gone for around $250,000!

What Is the History of the Toy Train?

The first experimental steam locomotive was invented in 1784, and it was this design that would lay the foundations for trains across Europe and the world. The first model trains likely preceded this as proofs of concept, but these were not commercially available.

When Was the Toy Train Invented?

It is difficult to pinpoint the exact year that the first toy train was built due to varying criteria for what would count as one, but it was at some point in the 19th century.

The earliest examples were simple toys shaped like trains, but these quickly started developing moving parts, notably wheels, which kids could use to push them around like we may be used to seeing children play with toy cars.

As manufacturing methods improved throughout the course of the 19th century, it became easier and cheaper to produce higher volumes of these toy trains, and it was during this time that the popularity of the toys grew.

Another big milestone in the development of toy trains is when they became functional as whole model train sets.

Märklin Bros. & Company used their experience in producing accessories for their dollhouses to sell tracks and other elements to be used in conjunction with their trains. This business model kickstarted a revolution in how manufacturers approached what was once a very simple toy.

What Are Some of the Biggest Brands of Antique Toy Trains?

If you have already begun looking at antique toy trains to collect, you have probably noticed a lot of the same manufacturer names recurring. Many of the developments in the industry were driven by a small number of companies. Let’s have a look at some of them.

Louis Marx and Company were founded in 1919 and built their first toy trains in 1929. They were famed through their existence for a business model which aimed to offer quality toys at a more accessible price.

With its origins at the dawn of the 20th century, American Flyer was known for its series of model railroads and toy trains. A deal was made in which they were acquired by the Lionel Corporation in 1967.

Lionel Corporation produced a variety of products, but none cemented their place in history as firmly as their toy trains, with Lionel trains becoming some of the most well-recognized toys of the 20th century.

The only manufacturer on the list that is not American, Märklin Bros. & Company was founded in the Kingdom of Württemberg, now part of Germany, in 1859. Although they produced a variety of toys throughout their existence, as with many manufacturers on this list, they are best known for their trains.

First opening its doors in the 1890s, Carlisle & Finch is the oldest American company on this list. They hold the distinction of being the first large-scale manufacturer of electric toy trains, setting the trend for many others.

How Do You Identify an Antique Toy Train?

Not all antiques are created equal, and they certainly do not all have the same value. If you simply want to buy one that you see because you like the look of it, then that is perfectly all right, but if you want to engage in a serious collection, you will need to be able to identify these old models quite well.

While it is true that the values are subjective and will even vary between items of the exact same model depending on what condition they are in, there are a few things to look out for to estimate the historical significance and potential value of each train. Let’s look at four of these.

If the item you are buying is still in its original packaging, not only is this the best indicator of authenticity and an ideal guide to the history of the product, but it also raises its monetary value significantly. The more elements from the original sale it has, like instruction manuals, the more valuable it will be.

If you have not got any of the original packaging, you can still determine the pedigree of an antique toy train by looking out for any markings that the original manufacturer had included.

The most obvious mark to look out for is the name of the company that produced that item, but you can also keep an eye out for symbols and other visual elements that would have been associated with a specific manufacturer or model line at the time.

In the context of antique toy trains, the gauge refers to the distance between the rails as measured from their inner edges. This is a very good way to identify where and when the item is from and whom the manufacturer was.

For example, earlier models used Lionel’s Standard Gauge, also known as Wide Gauge, which had a width of 2.125 inches. Lionel did introduce their own take on the largely European O Scale which measured at 1.25 inches and was a more cost-effective solution.

The smaller S Gauge, at 0.885 inches was used by American Flyer in the middle of the 20th century but has its origins as early as the late 1800s.

Getting an intuitive understanding of what you would expect the price of any given model of antique toy train to be will allow you to guess a lot of information about a given item just based on the combination of its appearance and price.

For example, if you see prices above $2,000, you’ll know that it is from one of the big manufacturers, a rare model, and probably in very good condition with the original packaging.

In the $500 to $2,000 range, the items will still be in good condition, but you are going to be seeing a lot of common models and a lot of smaller and newer manufacturers like MTH Electric Trains, who are renowned for their trains, but having only sold their first one in 1980, are not true antiques.

Between $200 and $500, you can find a lot of sets that may be in good condition but were never in high demand, and below $200, you will begin to find sets that have been worn by time or are missing many parts.

Old toy trains can be worth a great amount of money or very little. There are a lot of factors that come into play, including who the manufacturer was, how many were originally made, whether the gauge used is still popular, and of course what condition the item is in.

But even taking all of those factors into consideration, like with most items, the value of an antique toy train is subject to the forces of supply and demand. If a collector really wants a very specific model, he would be willing to pay a higher price for it. Conversely, an old, pristine exemplar that is not popular will sell cheaply.

So you have decided that you want to start collecting antique toy trains, but where do you begin? The internet makes this hobby a whole lot easier than it has been in the past, but if you are brand new to the world of model trains, it can nonetheless be hard to begin. So let’s look at a few pointers for new starters.

Where to Find Them

If you have any local stores, stalls, or groups, then that is a great starting point. If you do not, then your best bet is to make use of the internet. You can find plenty of sellers on eBay or at online auction sites, and the advantage of this is access to a national or even international market.

How to Value Them

We have already looked at a number of ways that you can identify an antique toy train, and a lot of those are also your most direct way of estimating the value of the item.

If you want to get a much more concrete understanding of the value of one of these antiques, a good way to do it is to speak to an appraiser. Although these services are rarely free, they are a great way for beginners to not miss out on a cheap purchase or an expensive sale.

We’ve looked at five of the biggest brands in model trains, and these will be among the ones that fetch the highest prices. This is not to say that the obscure antique you found is without value, though.

Antique toy trains can seem like a very niche hobby at first, but the rich history and potential value they offer are immense.

We have looked at an overview of these wonderful antiques in this article, and you are hopefully now ready to set out and begin your collection.