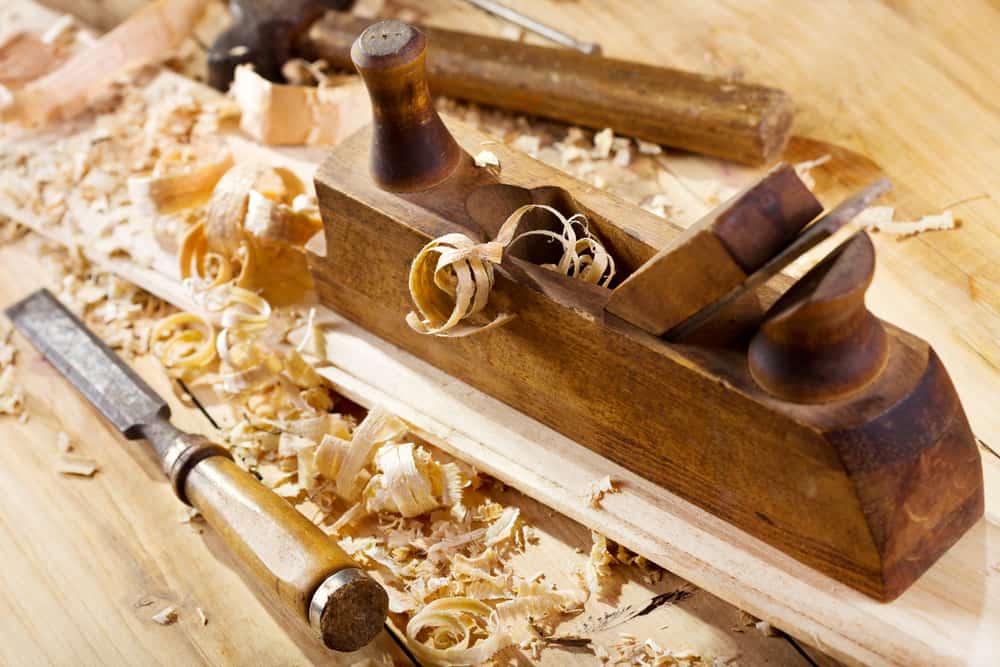 In order to get the most out of your antique wood plane, it is important to understand the basics behind them. This guide will explain everything you need to know about antique wood planes, from their history to their function to their valuation.

So whether you’re a first-time buyer or an experienced collector, read on for all the information you need to make an informed decision about antique wood planes.

Wood planes have been used for centuries to shape wood. It’s thought that the Ancient Egyptians used them, as furniture found in their tombs appear to have been smoothed with a blade of some kind. They’ve even found old planes buried at Pompeii, the Italian city covered in 79 A.D. when a volcano erupted nearby.

The first planes were likely made of a wooden body with a metal blade secured to it by a wedge and would have been heavy and difficult to use. Some had a handle or at least a knob in order to grip the plane while woodworking.

The oldest type of British planer that has survived was from the Tudor time period (from 1485-1603). Several wooden planes were aboard a war ship of King Henry VIII and sunk when the ship was hit during the French Revolution.

The next major innovations in wood planes were invented by Leonard Bailey in the mid-1800s. He first worked for his own company, the Bailey, Chaney, & Co. company, before selling it to Stanley Rule and Level Co., which is now Stanley Black & Decker.

Bailey had several plane patents, and his designs for planes paved the way for modern planes today.

Today, there are many different types of wood planes available on the market. Antique wood planes are highly sought after by collectors and can be quite valuable.

Now that you know a little about the history of wood planes, you may be wondering what types of antique planes there are. There are actually a surprising amount of plane types, each designed for a specific purpose.

The most common types of planes are used for smoothing wood. There are the fore plane, try plane, and smoothing plane.

Another common set of planes are those used to cut joints into wood. There are the rabbet plane, the dado plane, and the groove plane, to name a few.

Other Planes for Specific Purposes

There are also planes designed for more specific purposes, such as the bullnose plane, the shoulder plane, and the finger plane.

The need for skilled woodworkers grew as the 1800s progressed into the 1900s. Because of this need, a number of manufacturers began creating better woodworking tools, including the plane.

There are several famous manufacturers of antique wood planes. Let’s look at a few:

One of the most famous manufacturers of wood planes, Stanley Rule & Level Company was founded in 1857. The company released its first woodworking planes in the mid-1800s, as well as many other tools like hand drills, screw drivers, and hammers.

In 2010, Stanley (now called The Stanley Works) merged with Black & Decker to create a mega manufacturer, the world’s largest company for tools and storage.

Another famous manufacturer of wood planes, Leonard Bailey & Company was founded in the mid-1800s by Leonard Bailey. He held several patents, some of which were acquired by Stanley Rule & Level in 1869. Bailey worked for Stanley until 1875, when they had a falling out of sorts.

Founded in Scotland around the end of the 18th century, Alexander Mathieson and Sons is one of the oldest modern-day manufacturers of wood planes. Alexander Mathieson appeared to have taken over the business from another man in around 1822, and then he passed it down to his son, Thomas.

The Ohio Tool Company was founded in 1851 by Peter Hayden. The company specialized in making edge tools like chisels and planes and often used prison labor to produce their tools.

In 1893, they merged companies with the Auburn Tool Company, and now, you can find the sought-after antique woodworking tools by Ohio Tool company at various online antique stores.

Founded in 1868, the Millers Falls Company made planes since about 1929, with an iconic red color that differentiates their planes from others on the market.

It was located in Massachusetts and specialized in making woodworking planes and other handheld tools. It has been acquired by many companies over the years and its trademark is currently owned by the Hangzhou Great Star Industrial company in Hangzhou, China.

How Much is Antique Wood Planes Worth?

Antique wood planes can be quite valuable. The value of a plane depends on its age, condition, and rarity. A rare Sandusky plane from the 1800s could be worth $50-some dollars.

Many antique tools like planes go for somewhere between $30 and $45. However, some can go for thousands if they’re rare enough!

To check for yourself, try searching “antique wood planes” on popular online auctions and antique websites like eBay.

And if you want to purchase one, be sure you know what to look for and the factors that affect the value of antique wood planes.

There are several factors that can affect the value of an antique wood plane, including age, condition, and rarity.

The most important factor is age. Older planes are generally more valuable than newer ones. The oldest planes date back to the 1700s, but most planes from the 1800s are also considered antique.

The condition of a plane also affects its value. A plane that is in good condition with all of its parts is more valuable than a plane that is missing parts or has been damaged.

Another factor that can affect value is rarity. Some planes are rarer than others, and the rarer the plane, the more valuable it is.

The provenance of a plane, or its history, can also affect its value. A plane that has a documented history or that belonged to a famous person is more valuable than a plane with no history. For example, a vintage plane created by Stanley will be more sought after than one with no indication of who manufactured it.

Other Factors that Affect the Value

A few other things that affect the value of an antique wood plane are:

These are just a few things that affect the value of an antique wood plane. If you’re interested in collecting these tools, do some research to find out which planes are the most valuable.

Brush off the antique planes you have hiding in the attic or barn, because the following is a guide to the approximate value of some common types of antique wood planes.

Note that these are only approximate values. The actual value of a particular plane will depend on its age, condition, and rarity.

What are the Most Collectable Antique Wood Planes?

The most collectable antique wood planes are generally the older and more rare models.

These planes were made by the Francis Nicholson, who was American’s first documented maker of planes back in the 18th century. His pieces are highly rare and sought-after, and they sell for thousands! One recently sold for over $5,000.

Thomas Norris created planes during the second World War. Many didn’t survive, and so these vintage planes sell for thousands! Recently, one of his planes even went for over $12,000 at auction!

The uniqueness of this plane caused it to be more valuable. With a handle on the back, it was sought after at an auction and went for $17,600.

The rarity of this antique tool is why it’s so valuable. Having only been produced for one year back in the 1870s, it went for $18,650 at auction.

This amazing plane made of bronze sold at an auction for a whopping $19,000!

Now You Know All About Antique Wood Planes

We hope you enjoyed learning all about antique wood planes. They are indeed a popular collector’s item, one that avid woodworker buyers really enjoy having in their possession.

Their value depends on several factors, including age, condition, manufacturer, and rarity. The most collectable and valuable wood planes are typically the older and more rare models.

If you’re interested in collecting antique wood planes, do some research to find out which ones are the most valuable.

Which one is your favorite? Let us know in the comments below.

Thank you for reading!