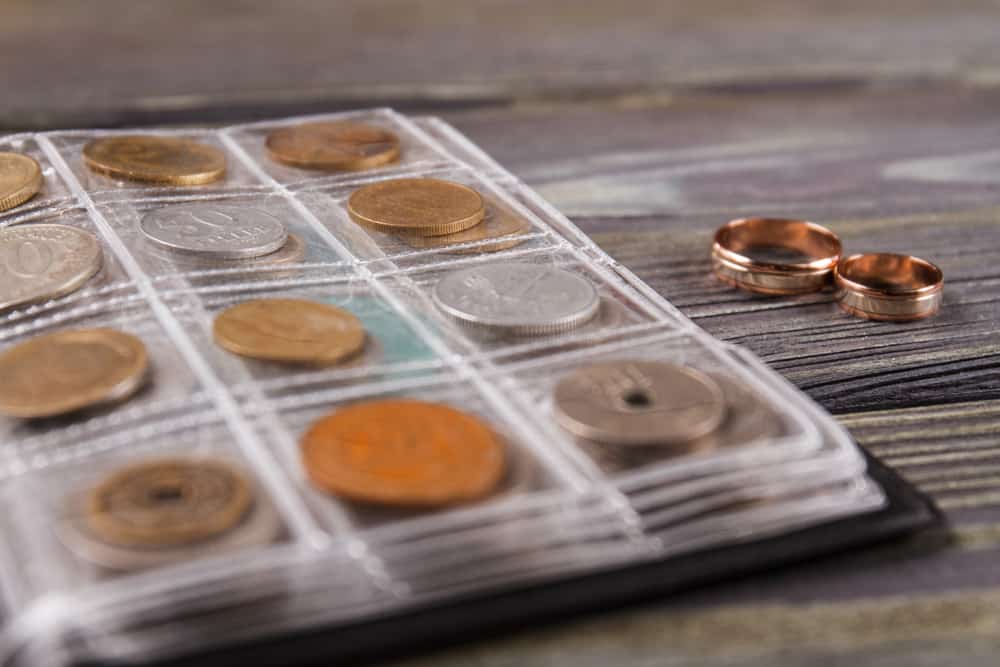 Coin collecting is a fascinating hobby that has several benefits over other ones. Firstly, it’s very accessible since anyone can start a coin collection without any special skills.

Moreover, it’s not very expensive, as most coins don’t cost that much money except for the very rare ones. Finally, it has an educational aspect since you learn a lot about the era that each coin originates from.

If all this sounds interesting, then you should look to build your own coin collection. But, just like any hobby, you first need to do your research and find information about coins.

Despite currently living in the age of the internet and online encyclopedias, there are still several excellent books that you can use if you’re a beginner or an avid coin collector.

In this article, we will have a look at the best coin books and how to utilize them so they can help you in your coin collecting journey. If you want to learn more about collecting coins, keep on reading!

A Guide Book of United States Coins, written by R. S. Yeoman and edited by Kenneth Bressett, is probably the most well-known and best coin book. Its first publisher was Whitman Publishing in 1946, and the book came in a solid red hardcover, which gave it the nickname “The Red Book”.

The official Red Book is a very comprehensive guide about American coins from the age of Colonies until the present. The book includes detailed information about the dimensions of each coin, as well as a full-sized colored picture of it. There’s also brief historical information about each coin’s era.

The Red Book has annual updates, and you can find it in several different editions, including paperback, hardcover, and ebook. This is one of the essential coin books that you should own if you’re a coin collector.

Before he wrote the Red Book, R. S. Yeoman was a co-editor for the Handbook of United States Coins, which was released in 1942. Its blue hardcover gave it the name “The Blue Book”. The Blue Book’s purpose was to be a comprehensive guide on the history of coins in the U.S.

The book also contains information about the retail value and wholesale value. Therefore it’s an essential companion if you want to sell your coins to a coin dealer. Just like the Red Book, the Blue Book has annual releases in different types of physical books and ebook formats.

Whitman’s Guide to Coin Collecting: An Introduction to the World of Coins was written by Kenneth Bressett, who was the president of the American Numismatic Association. The most recent edition is the revised Golden Edition.

The book is a complete overview of the hobby of coin collecting. It includes information on grading techniques, a coin price guide, and even tips on how to care for your collection. There’s also a chapter dedicated to recognizing counterfeit coins.

5. A Kid’s Guide To Collecting Coins

Don’t be fooled by the title of this book, as you don’t need to be a kid to enjoy it. Author Arlyn G. Sieber wrote A Kid’s Guide To Collecting Coins to be the ideal companion for all novice coin collectors.

The book contains a lot of general information about the hobby of coin collecting and the history of each coin. It also helps beginners understand the value of each coin and the factors that affect value.

Coin Collecting For Beginners is written by Eldridge Kalford, who started his coin collection after inheriting some old coins from his deceased wife. This hobby turned into a passion for him, and he decided to create this beginner guide to coin collecting.

The book is an excellent gift for kids or grandkids and includes all the information a beginner needs to start their coin collection. It’s no surprise that this is one of the best-selling coin books on Amazon, as it’s comprehensive, informative, and enjoyable to read.

7. The MacMillan Encyclopedic Dictionary Of Numismatics

The MacMillan Encyclopedic Dictionary Of Numismatics is written by Richard G. Doty and should be on every collector’s bookshelf. The book is a combined encyclopedia and dictionary that includes all numismatic terms, sorted by alphabetical order.

As a coin collector, you need to know the specific terminology of the hobby. While you can find most of this information on the internet, the ability to find any term you don’t remember quickly and accurately might be useful in a pinch.

The next step in every coin collector’s journey is to learn about the different coin grades. The Official A.N.A. Grading Standards for United States Coins, written by Kenneth Bressett of the American Numismatic Association (ANA), is the ultimate guide to coin grading.

The book contains in-depth details regarding coin grading in general. It also describes all the standard grades in great detail with high-quality illustrations. You can find it in several different editions, including an ebook version.

The book is a great all-around companion to all numismatists, as it provides all the necessary information about the origin of coins, how to buy them, and maintenance tips. It’s also very easy to understand and includes an extensive list of references for further research.

The Standard Catalog of World Coins is an extensive series of books that includes information on virtually every coin worldwide. Its original creators were Chester L. Krause and Clifford Mishler. But, modern editions are written and edited by several individuals.

The most popular books are the by-century editions which cover coins of each century from all around the world. They also include full-color photographs, information about mintages, and each value of the coins for different grades. You can find the 20th-century edition or any other century in ebook format, so they don’t take up as much space.

11. Strike It Rich With Pocket Change

If you’ve been a coin collector for a while, you’ve probably figured out that some of the most valuable coins are those with misprints or errors. After all, it’s complicated for a mint to avoid all mistakes when printing myriads of coins every year. If that sounds interesting, Strike It Rich With Pocket Change by Ken Potter, and Brian Allen is the book for you.

The book’s purpose is to provide details and close-up color photos of misprinted coins, as well as their market value. This way, you’ll know how to spot them and how to make a profit selling them.

Scott A. Travers writes the Coin Collector’s Survival Manual. This book is unique because Scott A. Travers is a coin dealer himself. Thus his perspective on the coin market is very insightful and can be very useful to potential coin collectors.

In the book, Travers provides legal and financial details on coin selling and buying. Furthermore,  he includes tips on how to spot counterfeit coins or altered coins. This way, you can learn more about investing in coins and avoid scams.

Inside the book, you’ll find several examples of coins from the United States with great details to help you understand their grade. Also, the book features a color map that will help you identify imperfections on your coins and determine their quality and value.

The Cherrypickers’ Guide To Rare Die Varieties of United States Coins by Bill Fivaz is one of the most popular books for rare coin collectors. It covers different imperfections found in U.S. coins ranging from half cents to nickels.

The book has gathered information from several resources on how to spot rare coins among a collection of seemingly normal-looking ones. Identification of these factors can be essential for coin collectors who want a collection of rare or unique coins.

The book North American Coins & Prices: A Guide to U.S., Canadian and Mexican Coins is a unique coin book. It provides information about all North American coins, including Mexico and Canada, and receives annual updates.

The US listings range from colonial coins to modern coins, with Mexico’s and Canada’s listings starting from 1701 and 1858, respectively. The book includes historical and market value information, as well as a grading guide.

Overall, the hobby of coin collecting can seem daunting at first. Nevertheless, if you take things slow, do your research and find what coins you want to collect, you’ll be a passionate coin collector in no time.

Use the books mentioned above to help you learn more about the history and retail values of coins, and good luck in your journey into the world of coin collecting!