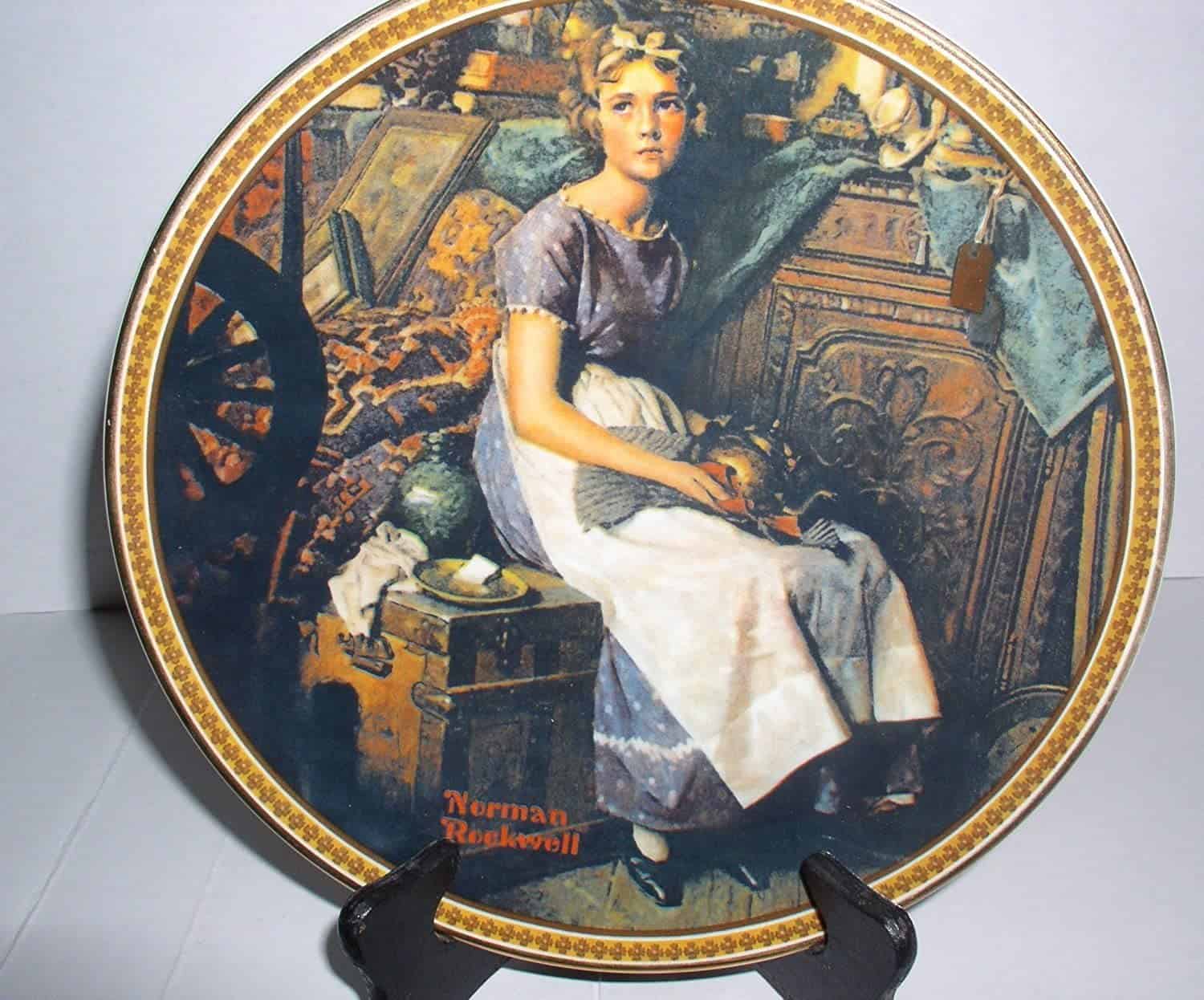 Wondering what is the value of collector plates and whether they are worth your money?

With the advent of porcelain in China, plate manufacturing took new turns. The process was transported to Germany in the eighteenth century and then moved to the US.

Household plates were one thing, and collector plates were another. Potteries started to mass-produce a series of plates that could hold sentimental reasons and monetary value for their buyers.

Those plates usually came out before an event such as Christmas, a sports event, or anything of importance during the era.

Here’s some more information about the collector plates:

What Is a Collector Plate?

Collector plates are collectible items that were extremely popular throughout the 1970s and 80s. People would buy these porcelain collectibles as an investment option or to decorate the walls of their houses.

However, these plates started losing their value later. Most of them cost under $10 now, except for some artists’ works that could gather thousands of dollars even today.

These plates have sentimental value for most owners because they are associated with a certain era, a cultural event, or belong to the previous generation.

The first collector plate is ‘Behind the Frozen Window ‘, which was the first Christmas plate by the company Bing and Grondahl manufactured in 1895.

The value of this plate in perfect condition can be as high as $2500 today.

These plates were manufactured in batches, but in limited editions to make them a collectible item in the coming years.

The US started the production of these plates much later than China and Europe. Since China invented porcelain, Chinese manufacturers started producing porcelain decorative plates first that the European royals would take with them from China.

Later on, Europe adapted the production of these porcelain plates due to their popularity among the masses, and then finally the trend went to the US.

One of the greatest advancements came to the collector plate world when J.Roderick McArthur founded the Bradford Exchange in 1973.

The exchange-listed all the collector plates of that era in an index and standardized the prices for the plates.

Collector plates usually had a hand-painted picture on them or they were related to a certain event like Christmas. The most common collector plate themes included paintings of famous artists or animals.

Are Collector Plates Worth Anything?

1. When Was the Plate Manufactured?

The most valuable collector plates are from the 1920s, but they too need to be in excellent condition to have some value. All the plates manufactured after 1980 do not hold much value today.

2. How Is the Condition of the Plate?

The plate’s condition can be categorized into four types:

Mint condition means that the collector has taken care of the plate and even the box. The presence of the original box adds value. It means that there are no scratches, chips, or damage to either. These plates are the most valuable.

The excellent condition describes that the plate is completely intact, but the box is torn or damaged. So, practically, that doesn’t harm the plate’s content, but it decreases the item’s value a bit.

The good condition describes that the plate is intact, but the box is not. The collector only has the plate which is not damaged or chipped.

Fair condition defines the plate as having discoloration, chips, and crazing. Such plates hold no value.

The first collector plate, ‘Behind the frozen window,’ belongs to this company and now holds an exceptional value of $2500. The condition criteria apply to these blue and white Christmas series plates to get the value.

Wedgewood plates are known in the collectors’ circle for their striking blue color. Today, complete thirteen sets will sell for around $150, but individual plates don’t hold much value.

A Royal Doulton collector plate from the 1930s sells for 200 pounds, but plates manufactured in the later years, such as the ‘70s, don’t have much value today.

Royal Copenhagen’s plates from the early 1900’s sold for huge sums of money ($3700). The company produced their yearly Christmas plates, which are popular in the current market too for their particular characteristics.

One high-value plate from the company is ‘ Madonna and the child’, which can sell for dramatically thousands of dollars if properly maintained.

Bradford Exchange, after indexing the plates and standardizing their listings, started manufacturing a series of plates. However, their sets of mint condition plates sell for only $200. Individual plates sell for no more than $1 in the auction markets.

Franklin Mint was known for hiring artists to manufacture a series of plates. However, complete sets sell for $90, and individual plates sell for around $6 today.

How Do I Know the Value of My Collector Plates?

Here are a few tips for knowing the value of your plate:

The Most 5 Valuable Collector Plates

Here are some of the highest price plates that you can look for:

Royal Copenhagen collaborated with artists for their plates from 1907 to 1910. A limited-edition manufactured only five plates estimated to hold the value of $21,000 at one point. Now, you can find various plates from the series on eBay for $700-$800.

The Christmas series plate from 1895 ‘Behind the frozen window’ sells for around $4000 today. The past prices ranged from $8000 for a single plate.

Wedgewood’s Fairyland Lustre cabinet plates were decorative plates designed by Daisy Making Jones and had the price of $4800 a decade back. Now, these plates are available at $700-$800.

This plate once had an original price of $2100. However, you cannot find the plate now because it was a  limited-edition collector plate issued for the holders only and holds sentiments for them. Other sets from Royal Doulton sell for $140-$225 on eBay.

If you own collector plates and dream of getting rich from those, that’s not going to happen, at least for now. Still, holding a piece for generations and caring for it like babies holds special sentiment for collectors.

So, keep the box intact (if you have plates with boxes) and wait for the right time for the market to bloom again. That being said, collector plates are still a great addition to your antique collection.