Antique glass insulators are simply beautiful. With a whole host of different colors, shapes, and sizes, it’s no wonder people from around the world collect, buy and sell them.

One of the most popular insulators on the market is the Hemingray 42. Now, we know what you’re thinking – if it’s so common, won’t that make it effectively worthless?

Thankfully, plenty of Hemingray insulators are still highly valuable. So let’s explore how to find out if your glass piece is a diamond in the rough.

What is a glass insulator? And what is a Hemingray-42?

Glass insulators are an essential part of American history.

During the rise of the electric telegraph and telephone, they were used to establish the communication network by securing telephone poles and preventing current loss during transmission.

The Hemingray Glass company is the most recognizable brand in the industry, as it mass-produced millions of glass insulators in quick succession.

With so much diversity across the country, insulators naturally attracted the attention of antique collectors. Of all the many models the company made, the Hemingray-42 is the most common model and often the first kind people buy to start collecting with.

How do you date a Hemingray-42 insulator?

A category system devised by collectors, known as Consolidated Designs or ‘CD Numbers’, is a useful way of searching and researching your glass insulator.

Some early Hemingray insulators have mold letters, numbers, and dates imprinted on them. In 1933, Owens-Illinois bought the company and began embossing insulators with specific mold and date codes.

How did the code work?

How to identify a Hemingray 42?

The Hemingray 42 has a CD number 154. It’s one of the most common insulators found online and in the wild.

Special features that set it apart from other insulators include:

Heimgray 42 have several rare editions, which you should pay close attention to – as they’re worth a lot of money.

How much is a Hemingray-42 glass insulator worth?

Despite being so widely available, the Hemingray-42 is still one of the most popular and most traded insulators ever made.

Usually in antiques, if something is widely available it is often lower priced. And it’s true, many of them will sell for only $5-$10 apiece.

That said, there are ways a Heimgray 42 can be worth your time and investment. Consider the following:

Glass insulators were mass-produced with very little quality control in place. It was common for them to have chips, marks, or scratches. 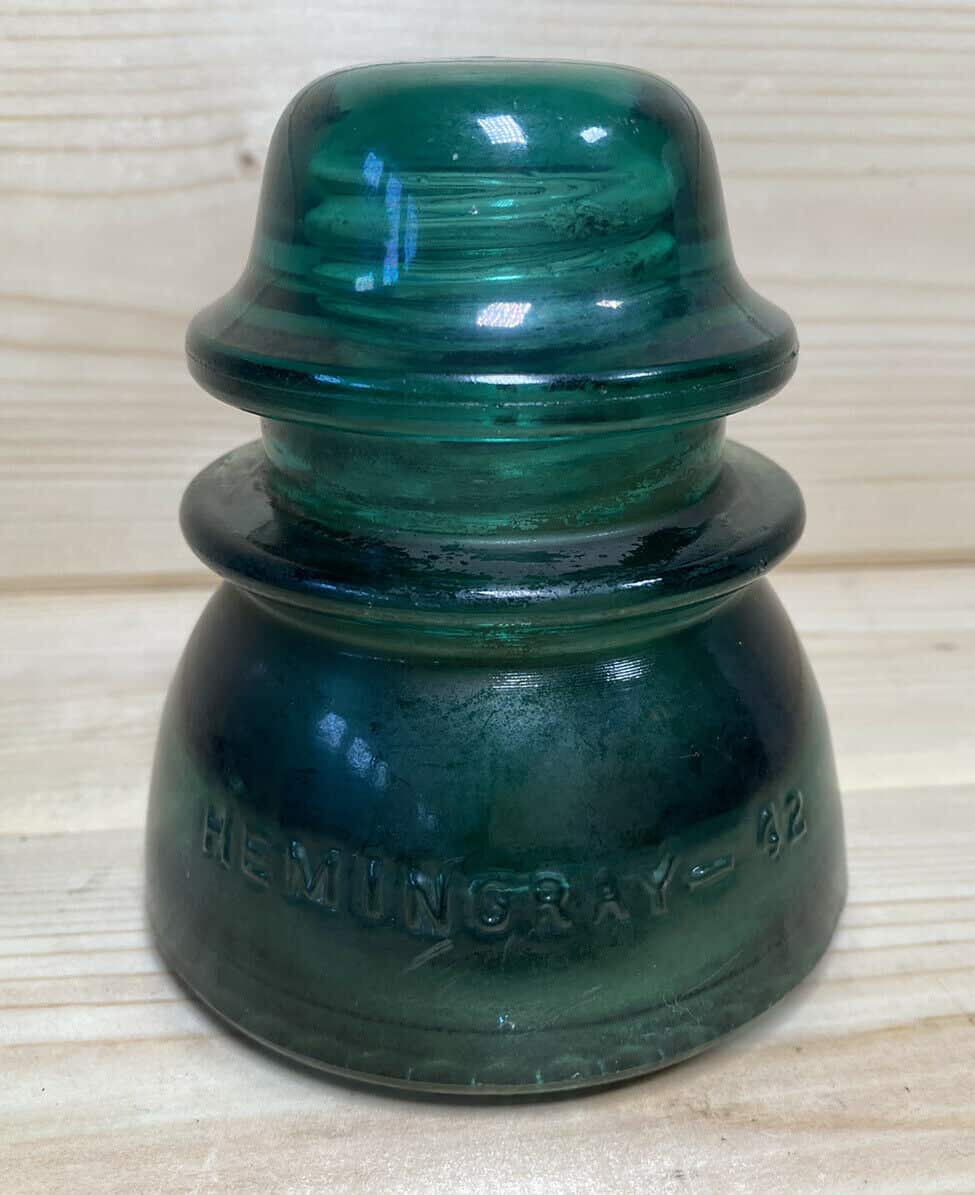 If however, an insulator is in good condition, it will fetch a higher price at auction. Common Hemingray-42 with no damage or marks can sell for $20 or more at auction.

Usually, mistakes in production can reduce an antique’s value. But sometimes this can have the opposite effect with glass insulators.

If colors ran, streaked, or mixed during painting, insulators would have a very unique appearance. And no matter how common a model it is, that special color makes it stand out in every collector’s eyes. 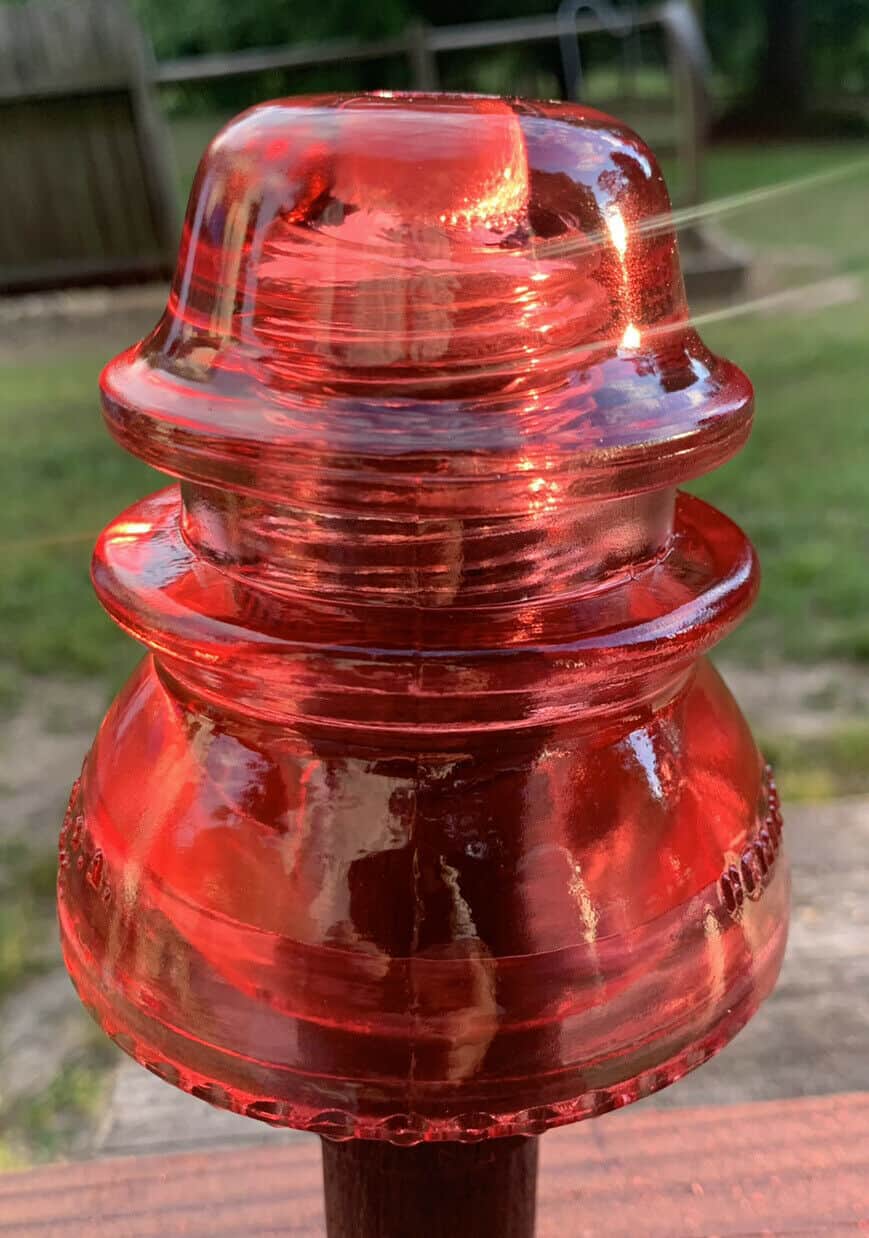 Rare, unusual colors on Hemingray 42 can instantly transform it into a collector’s item, and increase its value tenfold. Examples of rare colors include two-tone shades, deep amber, and deep red.

Sold individually, Hemingray 42 may not be that valuable. But some collectors decide to sell multiple insulators as part of a larger collection.

This is a good idea for two reasons: 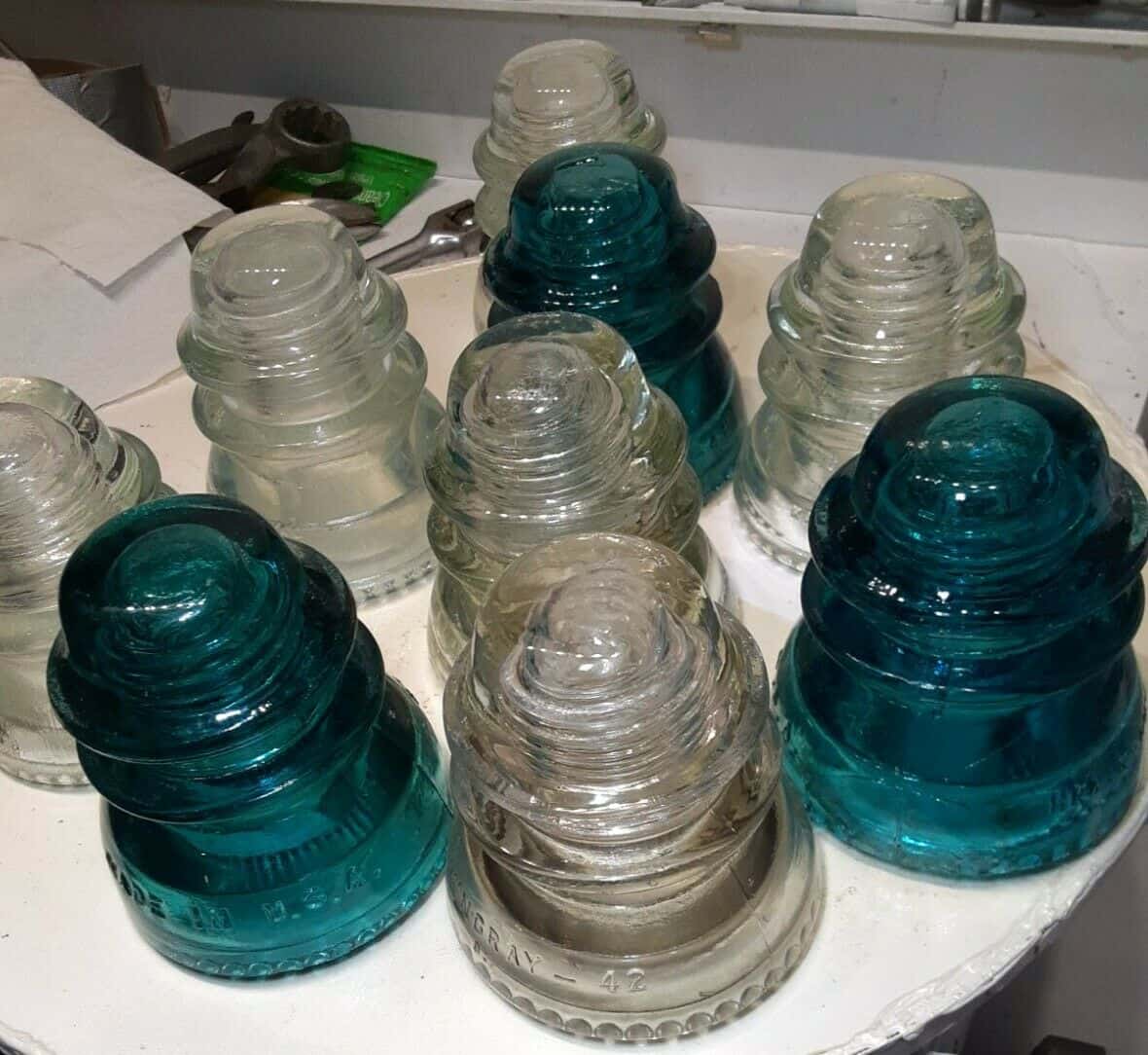 And if all the insulators are in great condition, they will no doubt attract the attention of collectors wanting to expand their catalog. This lot of 9 Hemingray-42s has a higher markup than if they were all sold separately.

Hemingray-42 are often the first insulators people because it is an affordable collectible. But some people try and sell reproduced or refurbished glass insulators to trick novices into believing the glass is a higher rarity.

They may repair cracks or chips, or dye the insulator an unusual color to increase its value.

If in doubt or suspicious, you can always use the Hemingray Info to check rare criteria. The site lists all recorded rare variations.

Where can you find old insulators?

Lastly, one of the most fun ways of finding Hemingray-42 is by hunting for them – in the wild!

As the most produced glass insulator, Hemingreay-42 can be found anywhere across North America – if there’s a dismantled or disused telephone pole, there’s a high chance a Hemingray is nearby.

Who knows – the next common piece of glass you find could well and truly be a diamond in the rough.