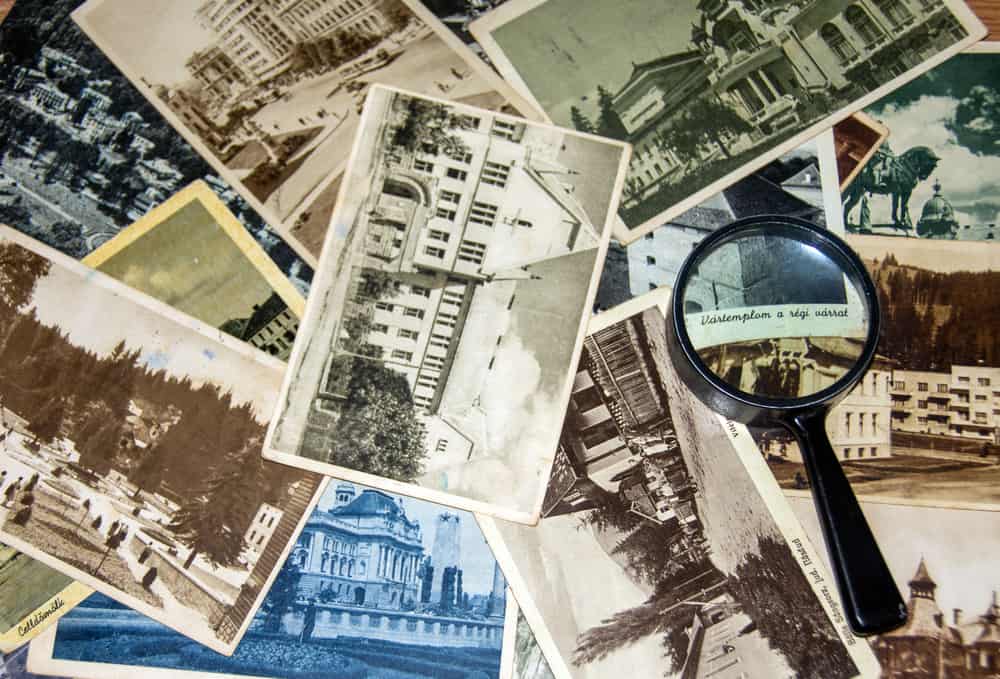 Deltiology, which is the study and collection of postcards, is a very popular hobby worldwide. People love to collect postcards due to their abundance, small size, and weight. These factors allow collectors to amass vast collections of postcards without requiring much space.

Some people argue that vintage cards can be considered historical artifacts because of their importance. If collecting postcards has piqued your interest, or you think you might have some valuable postcards, you’ve come to the right place.

Keep on reading to learn all about old postcards and how to find their value!

All About Old Postcards

While antique postcards are valuable, learning more about their history and their different types will help you determine their actual value.

What Is Considered a Vintage Postcard?

Vintage postcards tend to have a large following due to their long history. This history begins in 1861 when the US Congress first permitted people to send each other cards that were privately printed and weighed less than one ounce.

The early 20th century was when postcards really started to become mainstream. In particular, the years between 1905 and 1915 are known as the “Golden Age of Postcards,” with tons of postcards printed during that period.

What Are Different Types of Postcards?

Postcard printing began in 1861 with John P. Charlton, who created the first American postcard, and Hymen L. Lipman, who rebranded Charlton’s cards under his own name. During that time, the US Government issued its own postal cards at a reduced price compared to private ones.

In 1898, the first “Private Mailing Cards” were issued, which were later renamed Post Cards in 1901. These Post Cards featured a picture or message on one side, while the other side was saved for the mailing address. This period of postcards is known as the Undivided Back Period.

1907 brought a huge change to postcards which could now feature a message on the address side. This was also when the first real photo postcards (RPPCs) came along, produced by a special postcard camera by Kodak. This era is known as the Divided Back Period and was a real golden age for postcards.

The popularity of postcards would begin to decline around 1915, a period which is characterized by the white borders around postcards to save ink. During the 1930s, advances in printing technologies allowed for higher quality printings that looked like they had been printed on linen instead of paper.

Linen postcards would eventually be replaced by photochrom postcards, which are most similar to modern postcards.

What to Do With Old Unused Postcards?

If you’ve found some old unused postcards in your attic, there are a few things you can do with them.

This is a fun project that you can make if you have a bunch of old postcards lying around. You can even do it together with your kids or grandkids. It could be an excellent way to show them what the world was like several decades ago.

Old postcards, especially unused ones, can be very valuable to collectors as they don’t carry a postmark. If you store them properly in protective sleeves, their value can appreciate significantly as time passes.

If you find some old postcards that might be valuable and you don’t need them, try selling them. Of course, you’ll first need to find out if they are worth anything, and then you can sell them through physical or online means.

How Do I Know if My Old Postcards Are Valuable?

Just like any other vintage item, there are several factors that are used to determine an old postcard’s value. Some of the most important ones are listed below:

When we’re talking about old items, their condition plays a significant part in their evaluation. If you want to find out your postcard’s price, the first you need to do is take them for a professional appraisal. The condition of the card is graded based on the following scale:

Since postcards date back so many decades, the precise era they originate from is one of the most important factors that determine their value.

After all, the most expensive postcard ever sold (approximately 45 thousand dollars) dated back to 1840 and is believed to be one of the first ones ever created.

Postcards that come from the Pioneer era (before 1898) hold special value, as they were used for advertising shops. Also, postcards that originate from the Golden Age of Postcards will always be highly coveted among collectors.

To determine the age of a vintage postcard, you need to examine it thoroughly. Having a specific date on it might not be enough since postcards were sold for many years after their initial release. People even do extensive studies on dating vintage postcards.

A good indicator of the value of your card is the postmark or stamp on the card. A postmark that is clearer usually indicates a better-quality postcard. Also, postmarks that come from rare machines or places are more valuable.

However, a postmark doesn’t always reveal the age of the postcard, as it only states the date the postcard was used, not its release date.

Arguably the most subjective criteria for the value of a postcard, but still a critical one. While some collectors might fancy postcards themed around an uncommon subject matter, most collectors agree on specific subject matters that are more valuable.

Themes like important historical events or specific holidays are always in high demand. In particular, Halloween postcards are very collectible since the unique atmosphere and origin of the holiday allow for quirky and unusual depictions on the postcards.

Another critical factor in a postcard’s value is its rarity. Depending on the number of cards available, yours might be worth a fortune! Despite that, a rare postcard that is not appealing or is newer may not be valuable to collectors.

Other less important factors that may affect a postcard’s value are its country of origin, if it’s a printed or a photo postcard and if it features the artist’s signature. Several examples of artist-signed postcards fetch higher prices, such as the Ellen Clapsaddle signed Christmas postcard.

Where Can I Sell and Buy Old Postcards?

Now that you’ve learned how to value your old postcards, it’s time to sell them! Or perhaps this article has got you interested, and you want to start building your own vintage postcard collection. Either way, there are several options to both sell and buy old postcards in person or online.

Some of the best places to purchase and sell antique postcards are postcard shows and auction houses. There, you’ll definitely find collectors and dealers looking to sell. You should also see if there’s a local postcard club in your town. Other good options include visiting flea markets or antique stores, where you could find some hidden gems.

Online resources are also very abundant. There are large online markets such as eBay or Etsy, where you can list your cards for people to bid or buy outright. Additionally, some websites specialize in postcard transactions, where you should be able to get the most for your cards.

Postcard collecting is a very popular hobby, so you shouldn’t have a problem If you own a collection of postcards and want to sell them. Make sure you do proper research on the value of your postcards and take them to an appraiser so you don’t undervalue or overvalue them.

Also, don’t expect to make a fortune from selling postcards, as most are not worth large sums of money. Instead, view it as a way to declutter your house while also making you some money on the side.