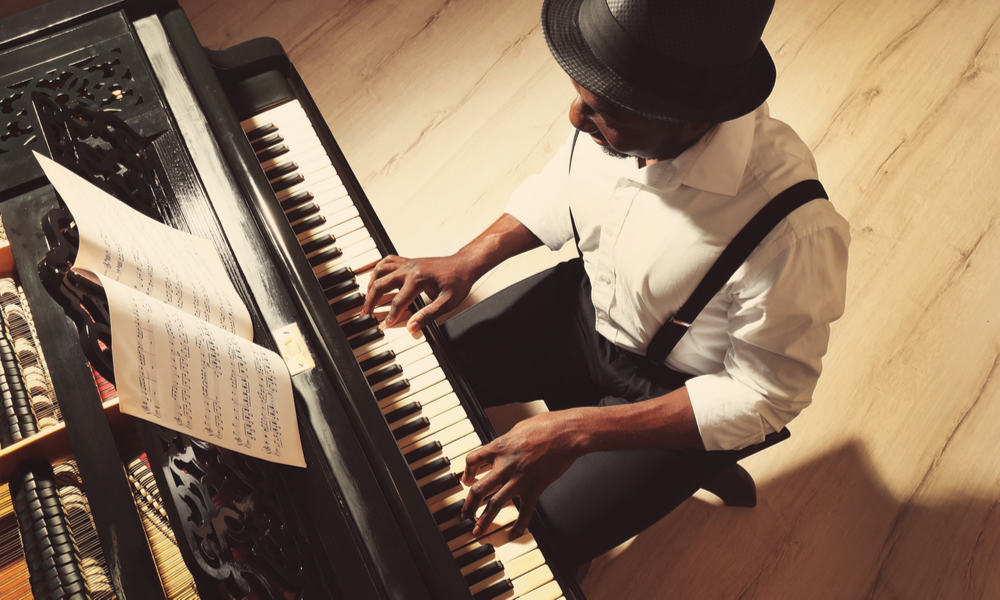 You have noticed that the pianos can vary by appearance and the number of the keys on the keyboard. The number of keys is not written in stone, but you can find some standards regarding this issue. Depending on your future performance and budget, you can find several possibilities that can help you answer how many keys on the piano are enough for your needs.

When you look at the keyboard, you can see both white, so-called natural keys, and black, so-called sharp keys. They both count when we talk about the number of keys. The standard that we can encounter nowadays is 88 keys on the piano keyboard. Let’s look more carefully into the history, variations in key numbers, and their purposes.

The History of the Piano Keys

The piano emerged somewhere around 1700 in Italy, under the supervision and the patronage of the famous Italian family the Medici. The creator of the piano was a harpsichord maker Bartolomeo Cristofori.

Influenced by the harpsichord, he invented a similar instrument and, at first sight, even the same. Although they differ in many ways, including sound, dynamic, and mechanisms, both instruments had similar keys on the keyboard.

The original keys were black and white, opposite to nowadays when the keys are white and black. Black keys were natural while the white keys were sharp. Even though their number varied over time, it wasn’t changed too much.

As the early pianos came from harpsichords, they also had five octaves like the older instrument. Five octaves with 12 tones meant that early pianos had 60 black and white keys. For more than 300 years, the piano has changed the look and number of keys.

Some manufacturers even collaborated with famous composers of their time and made more innovative pianos that were more robust, louder, and with more octaves. Ludwig van Beethoven played the piano with five octaves at the end of the 1790s and the one with six octaves in 1810.

In the 1800s, the most recognizable was the piano with 85 keys. Later, in modern times, the standard has become a keyboard with 88 keys, seven octaves, and one third more. Nowadays, the piano keyboard represents 88 fantastic pitches of the contemporary models.

You probably want to know why the piano has 88 keys, but not less or more. There is a scientific explanation for that. Human ears are delicate, and there is the range of tone our hearing recognizes as pleasant. We can detect them as noise or not hear at all everything more and less than that range.

Thus, the 88 keys with their seven and a bit more octaves are just the perfect range that is enjoyable to our hearing. The lowest we can hear on the piano is the first white key with its 27Mz, and the highest key is the last one with its 4,200Hz.

In recent years the manufacturers have offered pianos with different octaves and numbers of keys on the piano keyboard. Due to their futuristic ideas, we can see some pianos with 97 keys. They have eight octaves, precisely one more than their precedes from two centuries ago, which had 85 keys.

Manufacturers such as Imperial Bösendorfer have added one key more from each side of the keyboard. Furthermore, they constructed a hidden part of the piano to place extra keys. The reason for that is not to confuse the pianists who are not used to playing on 97 keyboard pianos.

The whole new octave is a bass octave made by the request of famous composer Ferruccio Busoni. The company Imperial Bösendorfer made a 97 keys piano to help him perform Johann Sebastian Bach’s pieces written for organs and transcripted for the piano.

Stuart & Sons implemented the extra octave to get fuller tones and highlight the resonance. Their unusual keyboard has 108 keys, but pianists can use offered nine octaves to play only a small number of compositions.

The keys of this new piano model start with C0 and end with C8. The pianist Gerard Willem played the whole Ludwig Van Beethoven cycle of sonatas on the 108 keys Stuart& Sons’ piano.

Believe it or not, there is a piano with a double keyboard, and no, it is not the harpsichord. Although the double piano keyboard is not a standard, it indeed represents the choice you might have. Keep in mind that such a piano can be appropriate only for more skilled pianists and composers.

The Hungarian pianist and composer Emánuel Moór used the double keyboard piano to perform some Bach pieces of a Baroque harpsichord. Bach composed by using the double harpsichord, and it would be too difficult to play such a masterpiece on just one keyboard of the piano.

What is specific about it are the two sets of keys, lower board with classic 88 and upper keyboard with 76.

The extra pedal, fourth pedal, was also added to the piano to support the double keyboard. Some manufacturers such as Bechstein, Chickering, Bösendorfer, and Steinway & Sons have already made double keyboard pianos.

The manufacturer Schoenhut has decided to launch another specific model of pianos. It is a so-called toy piano, a unique instrument for kids who want to dedicate their time to play.

You shouldn’t think even for one moment that this instrument is a kid’s toy. It is actually the real piano with strings, pedals, and smaller keys customized for kids. The children can easily reach the pedals with their feet and feel comfortable playing.

This model comes with keyboards featuring 49 keys. Some would say that kids will get used to the lower number of keys than standard, which is not a good idea. On the other hand, the advantage of this solution is that kids interested in serious playing don’t need to wait to be tall enough to start playing the piano.

The beginners don’t need to use all 88 keys that the standard piano has. By the time your child gains the necessary skills and tunes, they will be old and tall enough to start playing standard 88 keys piano.

This unusual model comes in both upright and grand piano variations. So, you can choose the instrument your kid prefers based on his or her height and the style you like.

You have probably heard about keyboards with 72, 66, and 61 keys available on the market. You should be aware that they are not pianos in the classical sense. These models are actually digital musical keyboards.

If you are interested in the digital musical keyboard, you can pick the model with 61 or 66 keys for beginners. It is enough to let you play fewer complex pieces and some pop tunes.

Thus, you don’t need to give extra money for the real piano. As a beginner, you won’t be able to play more complicated melodies, and this keyboard will be useful enough. However, if you plan to play the piano in the long run and don’t want to stop at some beginner levels, it is wiser to pick out the instrument with 88 keys.

There is even a digital 44 keyboard for children if your kids decide to play, and you can’t afford the real 88 keys piano. Not only digital piano keyboards are more affordable, but they are also easier to carry and transport. In case you plan to have live gigs here and there, it is also advisable to take a digital piano keyboard instead of a real piano.

Many musicians decide on having digital piano keyboards just because of these practical reasons. Pianos can be pretty expensive. However, be aware that not all digital models are cheap. Depending on the manufacturer, its performances, and the number of keys, you will find a different range of prices for these instruments.

Ever since the first pioneered instruments such as the fortepiano and harpsichord emerged, the all-mighty piano has evolved, changed, and transformed. It is definitely the instrument of the future, and many people wish to gain skills and perfection in playing.

Once you have started the incredible piano adventure, you will see all the beauty and advantages the piano offers. Even if you don’t pick the right number of keys for your adventure, you shouldn’t worry. You can always sell or replace your instrument with one keyboard with the one containing a more suitable number of od keys.