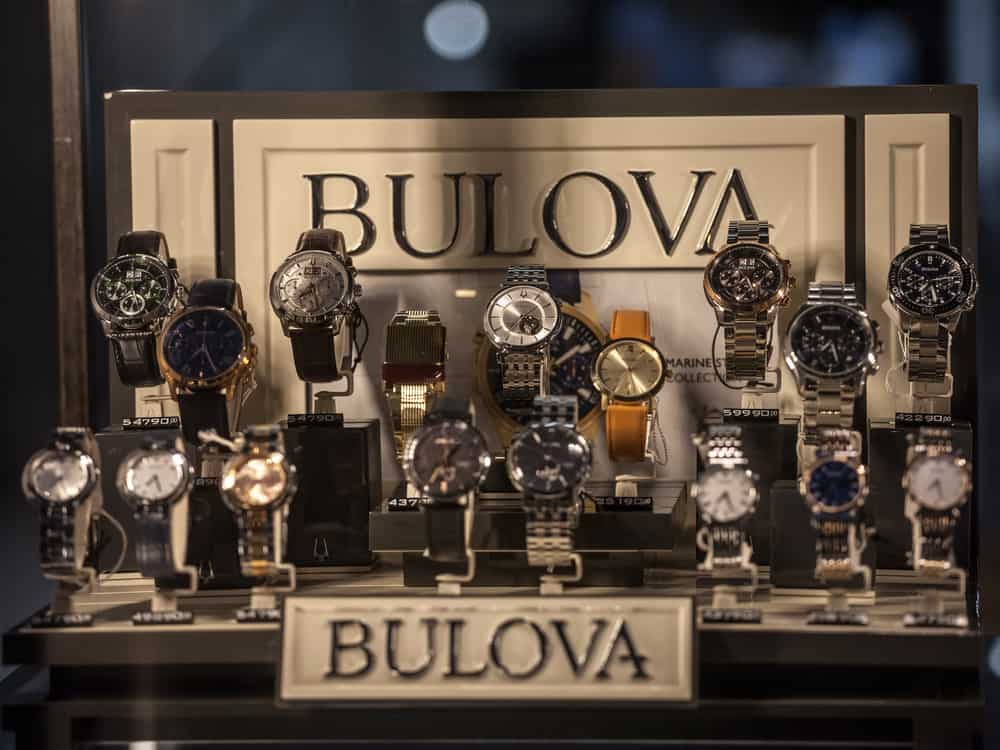 If you’ve found a Bulova watch in your house or you have one that has been passed down to you by a family member, you may be wondering how much it values. Back in the day, the Bulova timepieces were pretty affordable. But today, older models are sold for high prices, especially if we’re talking about rarer pieces.

Before you start listing your Bulova chronograph for sale, you must see its worth. Read this article to learn how to value a Bulova watch correctly. This way, you’ll have an idea of how much you can get by selling it.

The History of Bulova Watches

The Bulova watch journey started in 1875 with one man: Joseph Bulova. He was a Czechoslovakian immigrant who moved to the U.S. in the 19th century.

He became an apprentice to various jewelers from Europe, where he learned about jewelry and gained experience working with these delicate pieces. Thanks to the experience gained, he was able to switch to the American corporate structure, which led to him working at the famous Tiffany & Co. for a while.

After some time spent at Tiffany & Co., Bulova decided it was time to start a company of his own. This happened in 1875, and the company was called J. Bulova & Co.

Bulova worked hard, and eventually, his company started manufacturing clocks and watches. Watch and clock production began in 1911, and it continued ever since.

The first plant that was fully dedicated to watching production was launched by Joseph Bulova in 1912. Later, mass watch production began at the company’s Switzerland factory. As a result, in the 1920s, 1930s, and beyond, the timepieces sold by the company were quite popular.

Bulova was also a visionary as he released a wristwatch collection for women in 1924. He was the first one to do so.

As time passed by, the company’s watches got better and better. The next important milestone was in 1952 when Max Hetzel helped the firm build a battery-operated watch.

Then, in the following decades, the Bulova Watch Company would release unique timepieces, such as the Bulova “Accutron” watches. These were sold for the first time in October 1960. In 1976, the company introduced the Computron watch, an electronic quartz watch.

Later on the timeline, on January 10, 2008, the Bulova Watch Company was bought by Citizen, for $250 million. The company is still in business today and relaunched its Accutron watches in 2020.

How to Identify Bulova Watches?

Identifying a Bulova watch is difficult and takes time. That’s because establishing the age of the timepiece can be quite tricky. On top of that, each company uses a different serial number style to index its products.

There are two categories of Bulova watch identification numbers: pre-1950s timepieces and watches that were manufactured after January 1950.

Here are the steps to take to identify your Bulova watch:

Each Bulova watches made between 1924 and 1949 will have a symbol stamped on the movement. The symbol you see will tell you what year the watch is from.

In such old models, you will have to open the back of the watch to be able to see the symbol.

Take a magnifying glass and look for the symbol on the movement. There will be different symbols for watches made in different years. For instance, models from 1925 have a circle stamped on them, whereas models from 1928 have what looks like a waxing moon.

The easiest way to identify the symbol and the corresponding year is by checking the Bulova movements date codes table.

By looking at the Bulova movements date codes table, you may notice the same symbols attributed to watches from different years. For example, the circle has been used for models from 1925, 1934, and 1944.

To find out the correct year, you can check vintage Bulova ads. Look for dial models that are specific to the different periods the symbol points to. This will help you identify your watch.

Timepieces that were produced in the 1950s and beyond have their identification numbers stamped on the back case. This makes it easier to identify these models because you no longer have to open the back of the watch.

In this case, the code will have a letter and a number. The letter indicates the decade when the watch was manufactured. The number reveals what year of the decade the piece belongs to.

How to Value Bulova Watches? Factors to Take into Account

Most of the time, an antique or vintage Bulova watch costs between $50 and $15,000. However, the exact value of the watches is determined by different factors like the rarity of the model, the case material, the additional gems such as diamonds, and the age of the product.

If you want to value a Bulova watch, here are the aspects you must take into account:

The age of a Bulova watch will significantly impact its value. Models, pre-1900 will certainly be pocket ones, whereas models created up to the 1940s-1950s can be either pocket watches or wristwatches. Anything made later will usually be a wristwatch.

Older models tend to have a higher value. After all, a watch that was able to last for more than 100 years while being in optimal condition can be a prized possession for a collector.

Given how rare such old models can be, they will have a crucial impact on the watch’s value, meaning that they may cost more compared to models from the 1960s or the 1970s.

2. Use of Diamonds and Other Precious Stones

Just like a precious jewel can bring more value to a bracelet, it will also increase the value of an antique or vintage watch. Bulova watches with gems like diamonds or a sapphire crystal will have their value increased by this aspect.

At the same time, it is important to keep in mind that other factors come into play when it comes to precious stones. The finesse they have been cut with, as well as the carats and the number of diamonds, will considerably influence the price of the watch.

Another important factor when it comes to pricing a Bulova watch is whether the product is still working or not. Ideally, you should take the watch for a service once every 3-5 years. This will ensure that it runs without problems.

On top of that, a lot of buyers are interested in the date the last service for the watch was made.

Having a vintage or antique watch that is still in working condition is great news, as it can rise the price a lot. But if it’s not in good condition anymore, the value instantly drops.

Although there are people who collect Bulova watches for the historic aspect and for their design, some want something that is still functional.

Obviously, just like the jewels influence the value of the watch, the case material will also have an impact on the overall price. A stainless steel case is the cheapest option, with a platinum one being the priciest.

Bulova also makes silver and gold cases, and you can find them in different variations, such as models with a yellow gold case and so on. When precious metal is used for the case, expect the watch to have a higher value.

The price of a Bulova boosts when it is more complex. Therefore, things like tourbillons, perpetual calendars, and chronographs are complicated features that will increase the price substantially.

Bulova watches with a better aesthetic condition will certainly value more than those with obvious flaws. Although it is unlikely to own a vintage or antique watch with no scratch or other aesthetic defects, you should know that wearing or aging signs will affect the watch’s price.

7. Limited Issue or Not

As you can already imagine, Bulova watches that are a limited issue are the ones sought after by many collectors. A watch that is unique and cannot be found somewhere else will have a much higher value. The rarer it is, the better.

Sometimes, buyers will be very interested in watches that have been worn by famous people. So, if the Bulova watch has been worn by a celebrity, the price is definitely expected to go up. For example, the Rolex Daytona that Paul Newman owned was sold for almost $18 million at an auction.

The Bulova Accutron watches used to be very popular, mainly because they had the Accutron tuning fork that added to the accuracy of the timepieces.

The company also created the Accutron watch from the Astronauts series. One such Accutron Astronaut model has been listed for a price over $1,500.

The Art Deco Bulova watches are also beautiful and valuable, especially for passionate collectors. Some of them were made with white gold, rose gold, 18k, and 14k gold.

Another valuable model is the Bulova A-11 watch, which the United States commissioned for the WW2 soldiers. One such model from the 1940s was sold at an auction for $450.

Whether you’ve found some Bulova wristwatches, or a pocket watch you want to sell, assessing their value before you list them will tell you how much money you can get.

Valuing a watch from the company can be time-consuming. Still, if you take your time and consider some essential factors, you will have no issues. Follow this guide and you’ll discover how much your Bulova watch values.