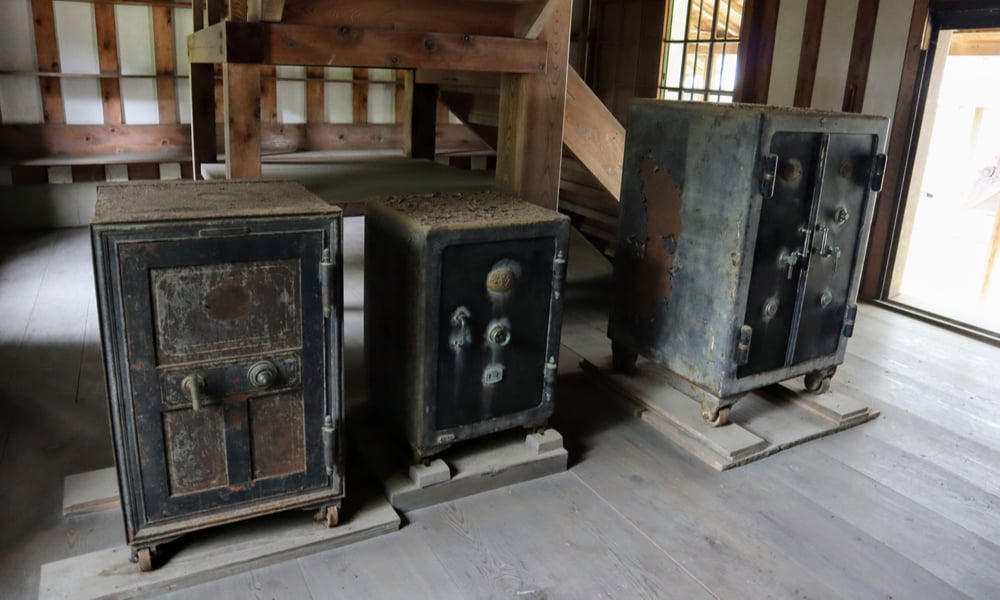 The old safe value depends on its type, condition, and rarity, but the real challenge is finding a way how to date an antique safe. The first step is to determine the manufacturer. Then, you should check any atypical and unusual features that set it apart from other models and is characteristic of a specific period.

Finally, it is time to determine the safes’ value. The best option is to ask a professional for help in most cases. Keep in mind that some old ones were booby-trapped to discourage thieves. Therefore, it is not wise to try opening it on your own. 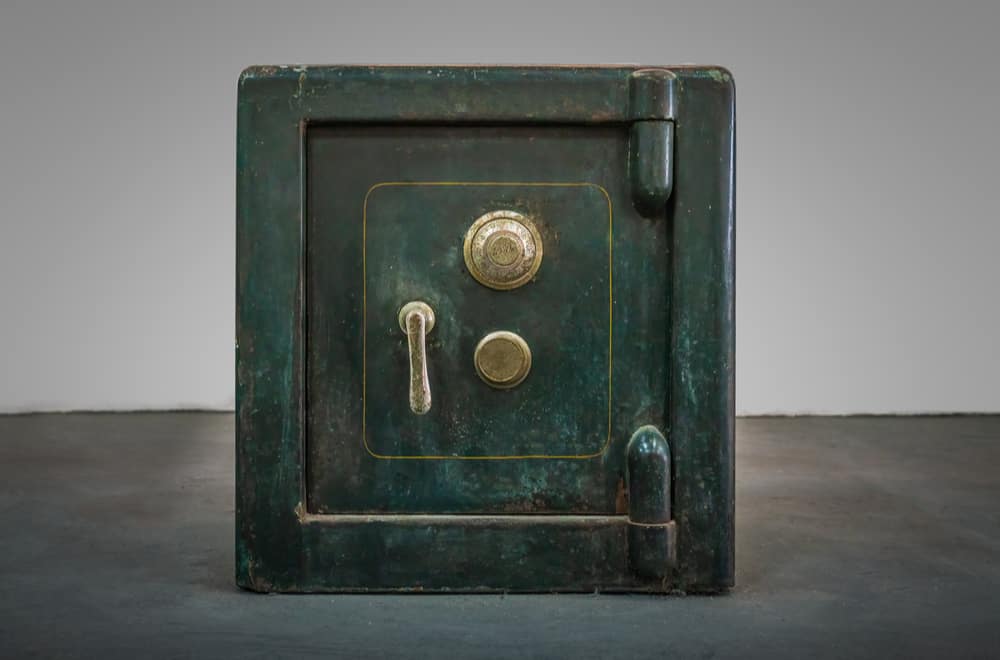 Ancient people often had a problem protecting important documents and valuables from the fire. After numerous unsuccessful attempts, they decided to develop a protective device for that purpose.

For instance, Julius Caesar kept his valuable records in iron boxes before concluding that this metal was a good conductor of heat and useless for protection against fire.

Later, many feudal lords protected their papers in specially built underground vaults. In the 15th century, merchants preferred oak chests banded with iron. The first iron safes occurred on the market in the 1830s.

That year, Jesse Delano coated inner safes walls with a mixture made of alum, clay, mica, lime, potash lye, and plumbago. Other manufacturers used various materials as an insulator, including:

The first safes used in the US in the mid-1820s were strong wooden boxes imported from Europe. They were secured with iron hoops, but this protection was more visual than it made the safe really secure.

One of the first American safes types was hobnail safes, designed in the late 1820s. 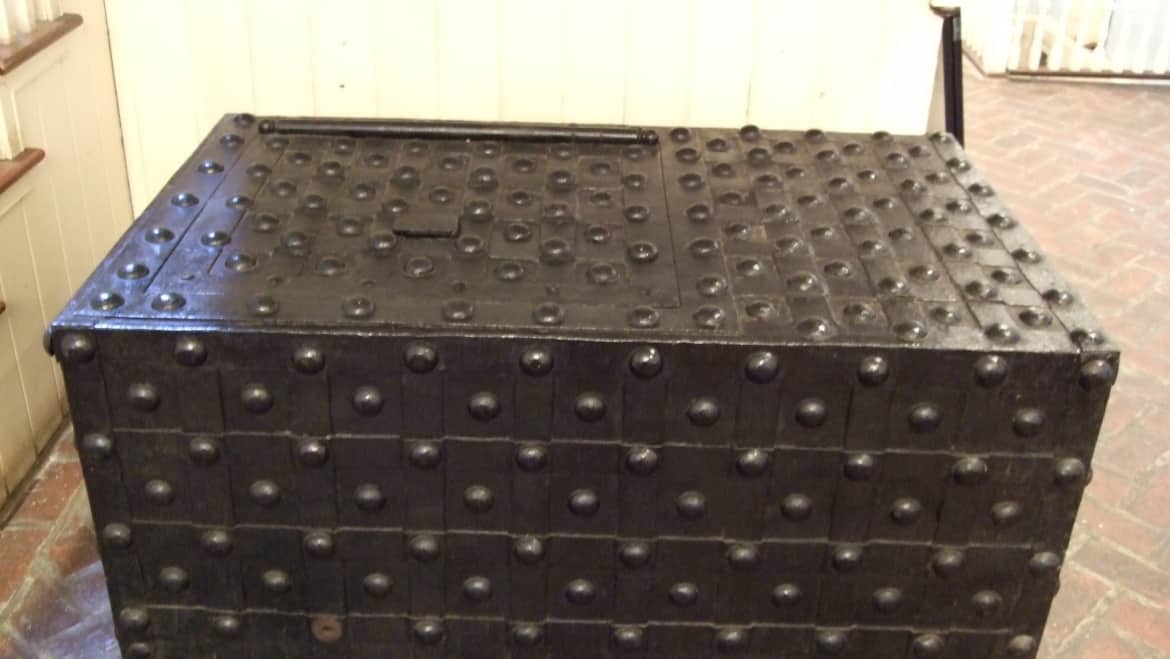 Manufacturers like Magaud de Charf, CJ Gayler, and Jesse Delano created them with wooden bases. Then, they secured the wooden construction with iron sheeting and large-headed, often oversized cast-iron nails.

Some producers soaked the wood with salt water before coating it with an iron layer because semi-damp wood provided increased fire protection.

Thomas Milner created a fireproof safe made of sheet iron and tin plate in 1830. That layer coated a non-conducting base of hardwood, alum, and sawdust.

Even though that mixture insulated the safes to a certain extent, the Great Fire of New York in 1835 showed that this mix wasn’t good enough. In 1917, people started with standardized testing to check the safes protection levels. They showed that most old theories about fire protection were wrong.

Most manufacturers primarily made safes resistant to burglary, but people wanted to get fireproof models. The John Scott Safe Co. secured a patent for asbestos use and was among the first to start producing fireproof safes from 1834 to 1835.

Since the company worked for only two years, their safes are rare in the current market. Recently, one gallery offered one for $8,500.

Other safes manufacturers developed new fireproof layers made of charcoal or plaster of Paris during the 1830s and 1840s. The most famous were:

The Diebold Safe Co. got a reputation as an excellent fireproof safes manufacturer in 1871, after the Great Chicago Fire. All 878 of their safes stayed intact after a devastating fire.

First safes contained keyed locks, but it was changed after 1861 when Linus Yale Jr. created the first combination lock.

A few patents allowed several improvements, primarily thanks to Walter Henry Tucker and his lock case. It was a metal lock bolt directly connected to the safe’s door.

The next improvement was Samuel Whitfield’s geared mechanism. He had an idea to make safes more secure by screwing the door directly to the safe itself. Finally, Thomas Milner found a way to prevent the door from opening by developing anti-wedging blocks.

Manufacturers produced safes in various designs, sizes, and shapes. The list of the most famous models includes: 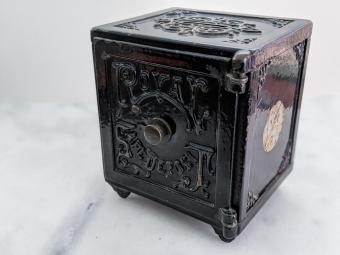 The Victorian parlor safe was a piece of furniture and was typically placed in one of the rooms. Therefore, it was beautiful, ornate, often gilded with gold, and decorated with care.

Manufacturers used delicate paintings, rosewood drawers, and various inlaid designs to make their products as appealing as possible. You can find this safes type in a few styles, including: 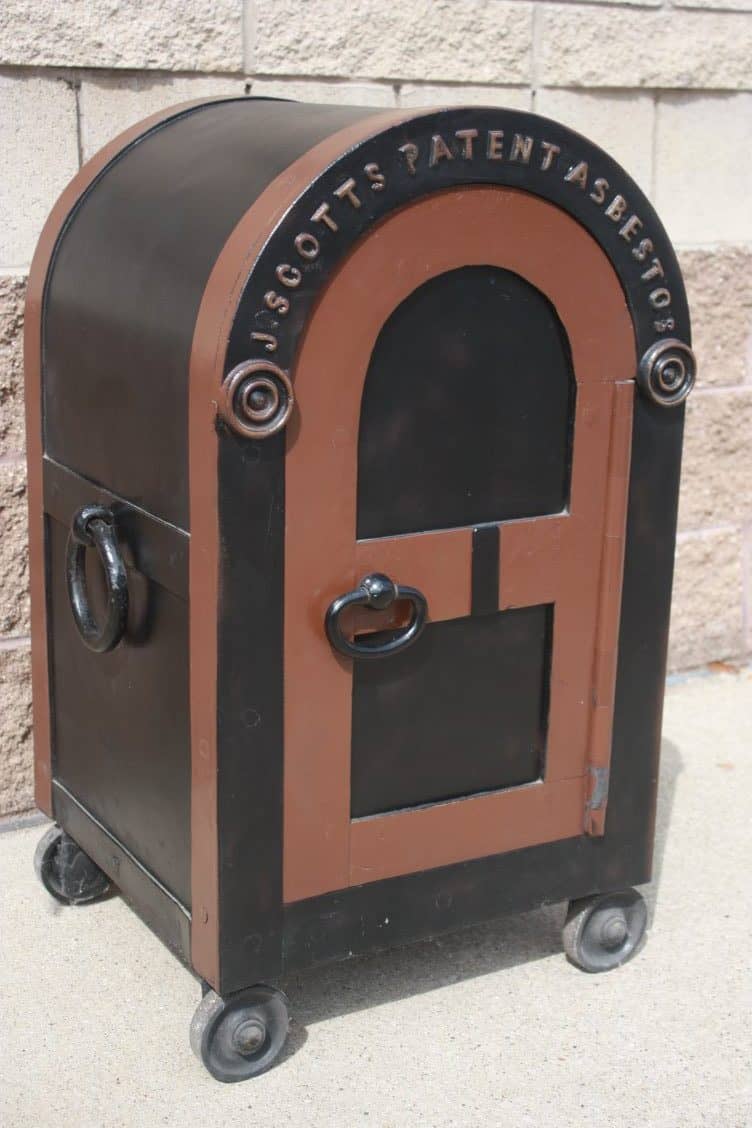 As I have already mentioned, John Scott was the first safes’ manufacturer who started using asbestos as fire protecting material in the mid-1830s.

He mixed asbestos with plaster of Paris before applying it over the wooden safes’ interior wall. No one could claim which antique safes contained asbestos since an exterior steel plate covered this layer. 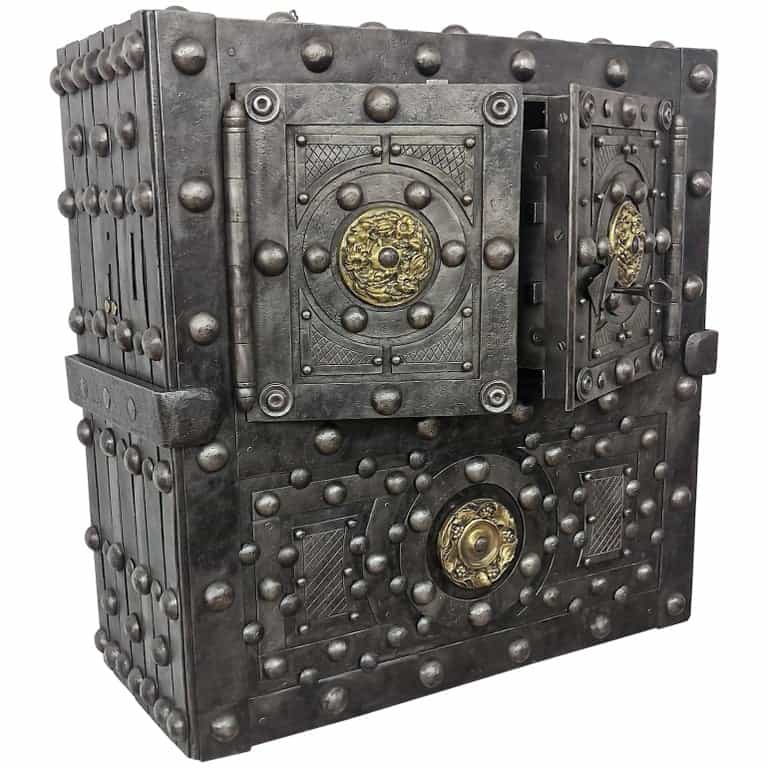 These wooden antique fire safes covered with steel were made in the early 1800s. The wooden part was soaked in salt water, making safes more fire-resistant. John Scott constructed this particular safe model, and it performed well during the fire in New Orleans.

Besides keeping content safe from fire, these safes protected belongings from burglary, thanks to interwoven steel strips. They were secured to the wooden base with sizable round-headed spikes. 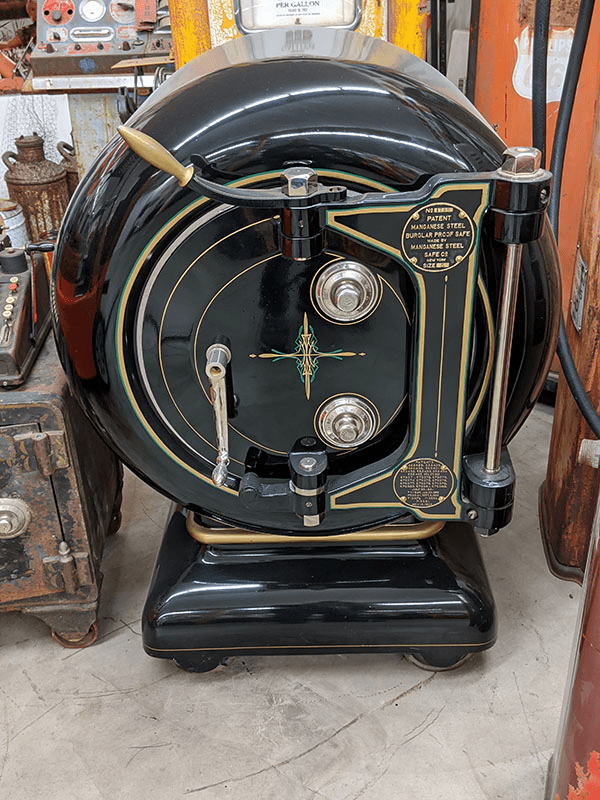 The Mosler Safe Co. designed these massive, round-shaped cannonball safes. They were not convenient for the houses because of their shape but were an excellent addition to banks.

They looked safe, and banks could show the customers where their deposits were kept. The company also produced smaller versions for businesses. 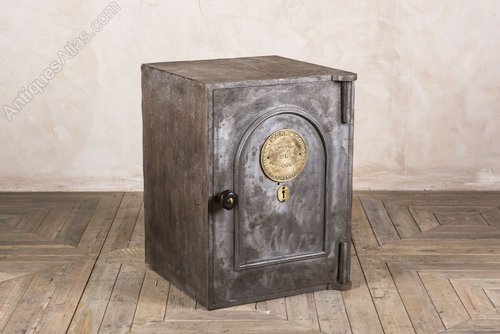 The giant safes with a single or double door were typically made of cast iron. Their purpose was to be sturdy and spacious enough for holding significant amounts of money and valuables.

Since the banking system evolved, this model fell out of fashion and was replaced with less sizable safes. The most popular manufacturers producing these safes were: 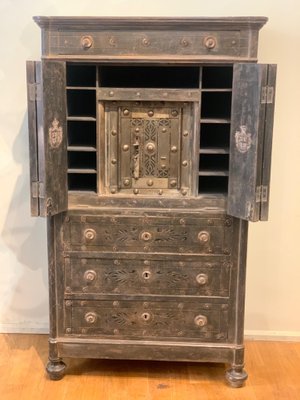 The unusual thing about these safes popular in the late-19th and early 20th centuries was that they were forged in steel, but their exterior was wooden.

Nowadays, this model is trendy, and many people have them restored and often add cocktail bars, humidors, and minibars to the original construction. Even customized, they retain features, such as: 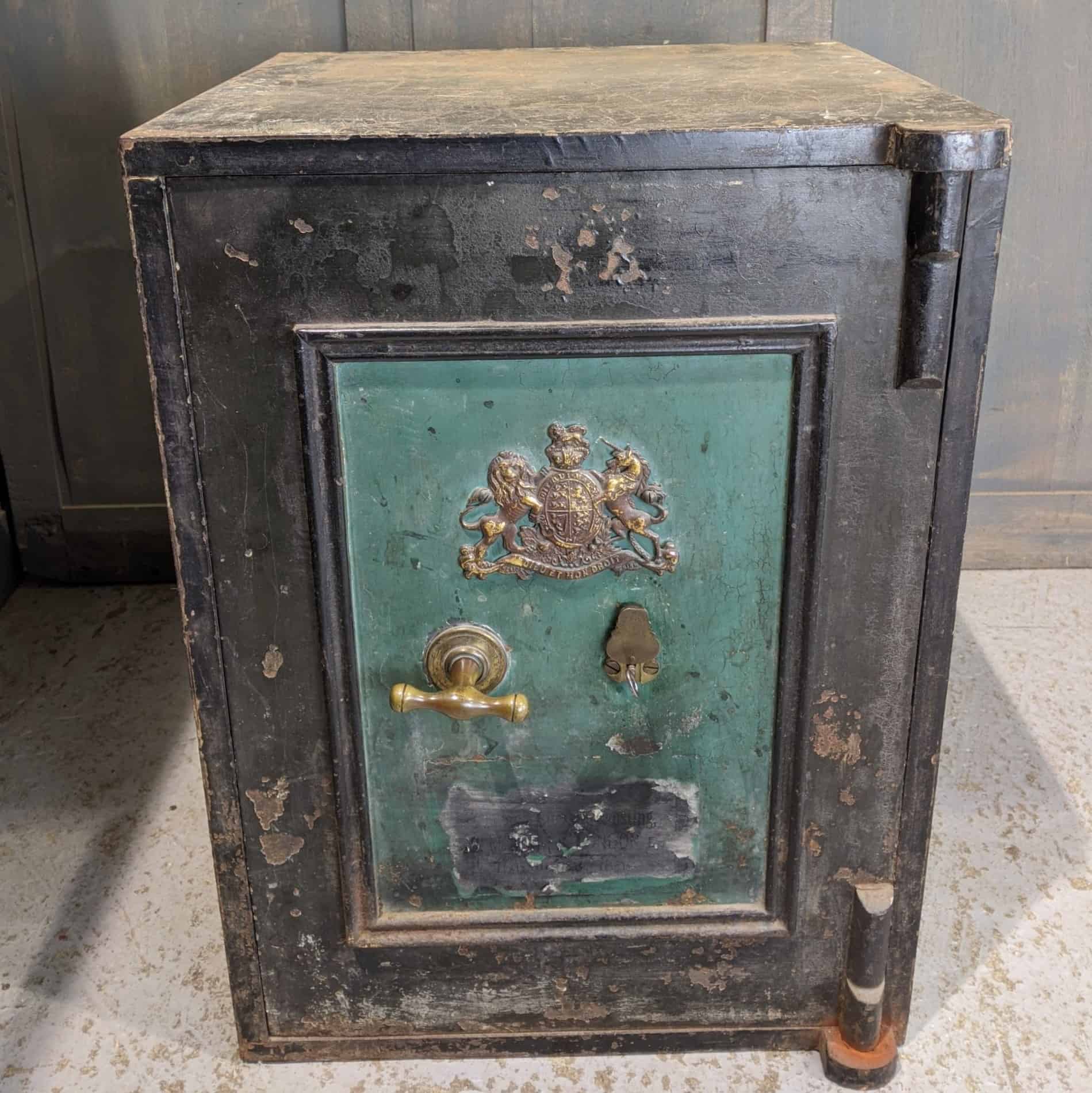 These safes models standing on the floor typically had thicker insulation. Manufacturers recommended bolting them down for more security. You can identify and date any model by the hinges since they can be concealed or placed inside. 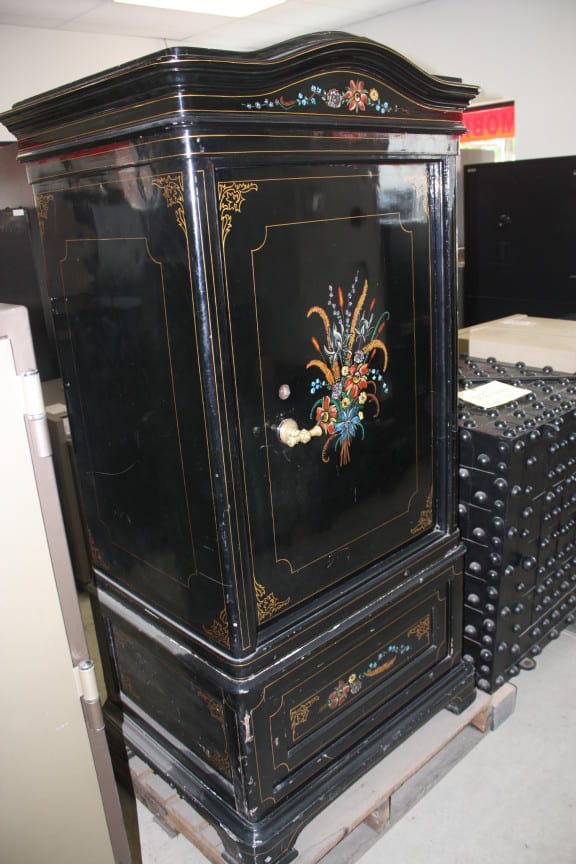 Some freestanding safes had additional fire protection and were more secure than regular models. One of the most quality were Carl Ade safes designed in Germany. They were reliable and beautiful, but it is estimated that only one or two exist in the US nowadays.

These excellent 36 by 28 inches (91.5 x 71 cm) sizable models were produced in Stuttgart from 1888 to 1892. The idea was to make highly-quality safes with an air-tight door and key and build them into beautiful 67 inches (1.7 m) tall wooden cabinets. 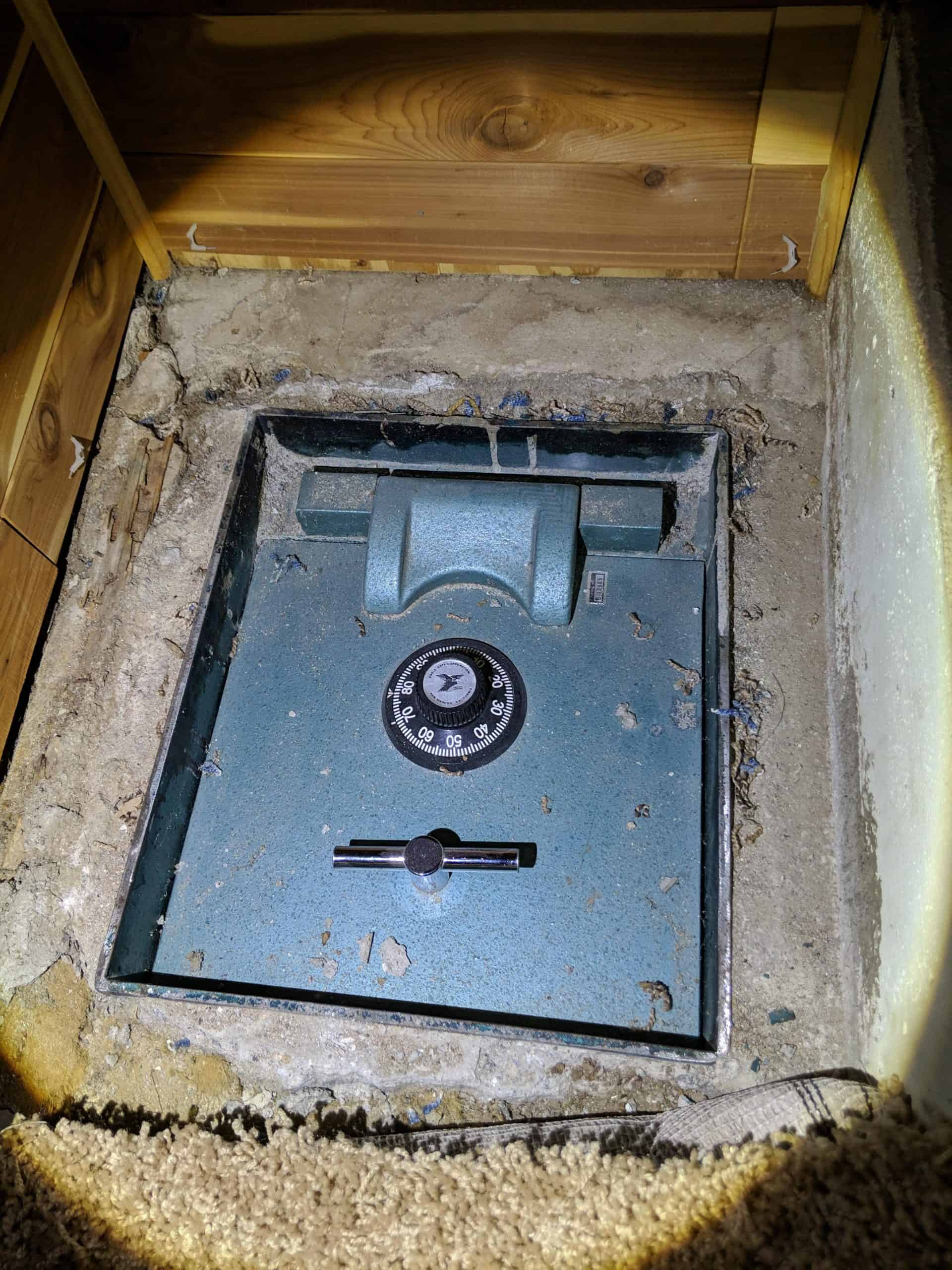 Sometimes, people kept their valuables inside the safes installed under the garage or basement floor. You could find two types, with a round or rectangular door, but both models came with a lifting handle. Even though they were considered an excellent option, these safes could be impractical and challenging to use. 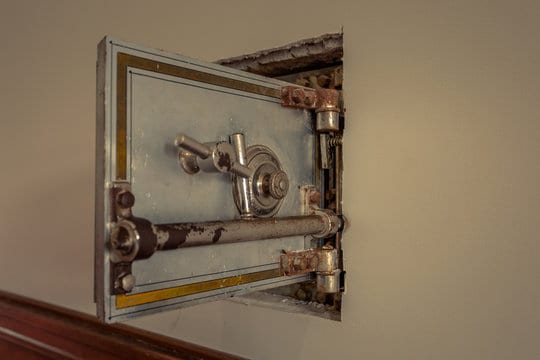 These practical and highly popular safes were designed to be embedded into a wall. In most cases, people hid their safes behind paintings or draperies. Most old models came with a keyhole and without the handle. 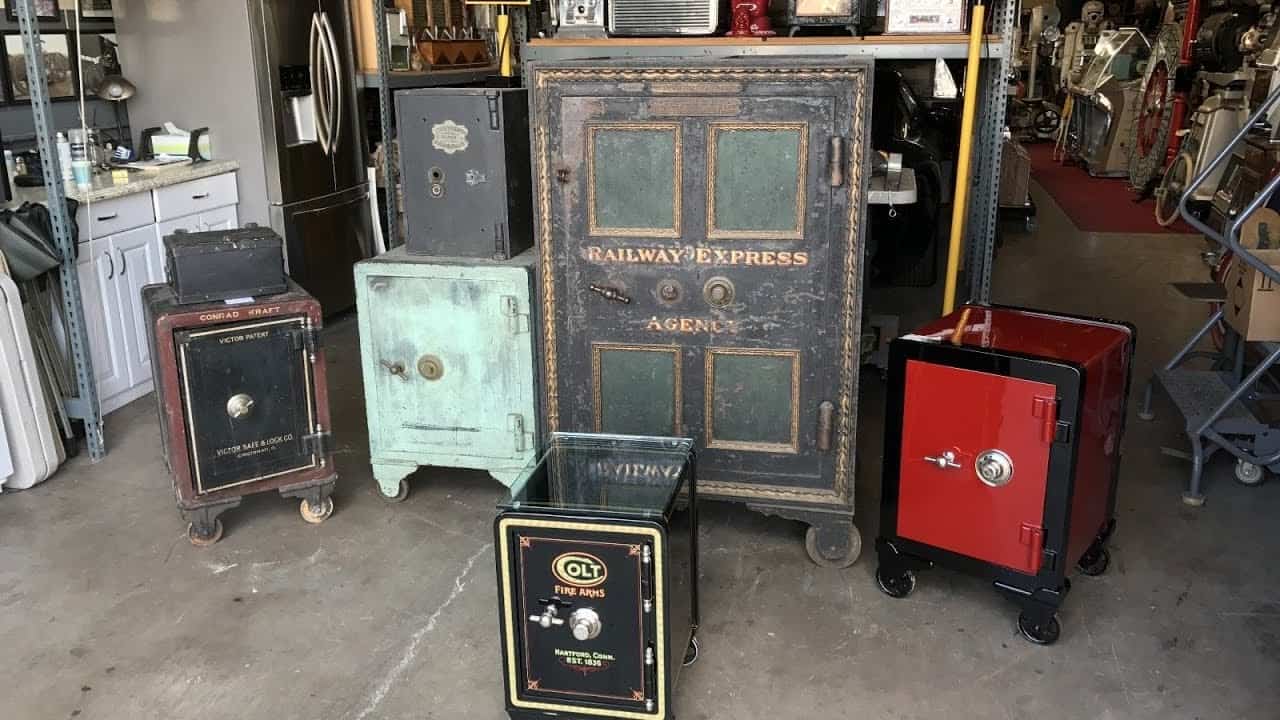 Most were fireproof and came with handles on top and real or fake wheels underneath. However, you can find models sitting on the ground and those with little feet.

Nowadays, you need to set aside at least $700 for this small piece, but the price will depend on the condition and lock type. They can come with a combination lock or key.

It is hard to determine antique safes’ prices, but most will cost a few thousand dollars. The crucial thing is to check its initial retail price. Since they are rare and highly collectible, you can expect that pieces in excellent condition can be worth several times their initial price.

Basically, the most expensive will be models that were paid more when they were new. You can find numerous sellers on a few reputable sites and pick out the model that fits your preferences and budget.

Always be careful and do some research before buying one of these safes models. The first thing to look at is the safe’s body and collect information about the manufacturer and the particular model’s age.

Then, it is time to check its condition, correctness, and possible reparations. Always compare prices with other similar models available online. Be aware that numerous factors affect antique safes’ value, including:

Size – As expected, it is hard to find a buyer for tall and heavy antique safes because it is challenging to transport them and find a place to store them. Smaller wall or desktop safes are always a more convenient option.

Condition – Well-preserved safes without the necessity for complicated mechanical rebuild will cost more. Even though faulty safes are worth money, already working ones will be more desirable and pricey.

Current market interest – The safes market is typically specific. As you can guess, not more people want to own an antique safe when they can buy a modern model at an affordable price. However, some admirers are prepared to spend a considerable sum of money to purchase a reliable and beautiful antique piece.

The best option is to ask an expert for advice when buying a safe. Some of them can be old and surprisingly valuable, although most people are unaware of that fact. Pay attention to models with ornate gold lettering or stylish ornamentation since these features indicate an old piece.