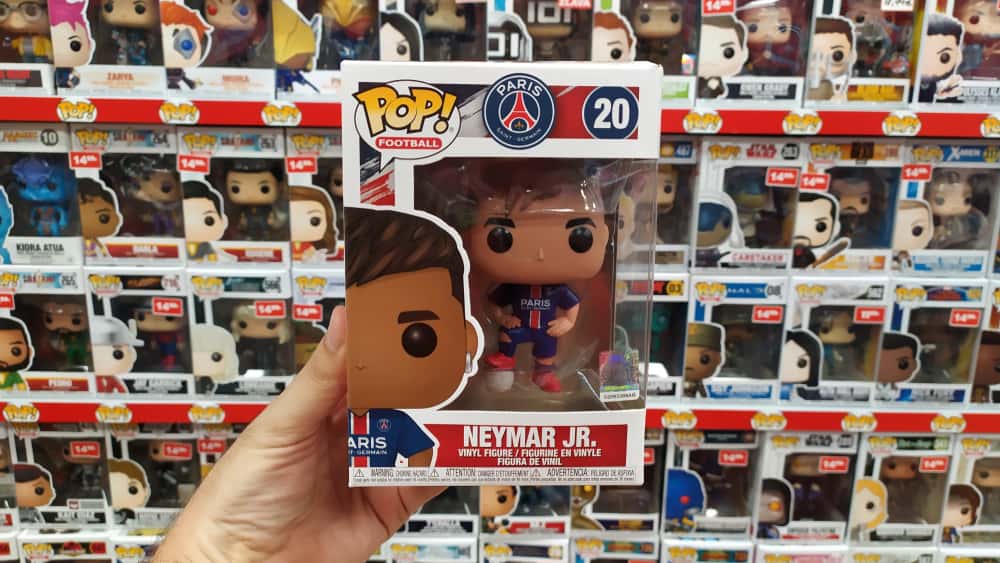 So you love pop culture and want to learn more about how to collect the world’s most popular toys that could give you a healthy return in the future. Let us talk about Funko Pop and learn about the vinyl pop collectibles niche.

By the end of this article, you should have a better understanding of how to know which Funko pops will be valuable.

Funko is an industry leader in pop culture collectibles that creates small action figures, toys, games, apparel, plush toys, and more for enthusiasts worldwide. For an average price of $12, you can purchase a small vinyl figurine of your favorite heroes or villains, cartoon characters, movie celebrities, sports icons, and more.

And, if you consider yourself a VIP, then Funko will be more than happy to create an avatar version of your own Funko Pop figurine that you can proudly display in your home for all of your friends and family to envy.

Funko began in 1998 as a small company that specialized in making bobblehead figures. Founder Mike Becker sold his toy company to the investor and successful business owner Brian Mariotti in 2005. Previously serving as the CEO for Funko and now the Chief Creative Officer, Mr. Mariotti, and his dedicated team have created a lifestyle brand that is recognized as “the world’s largest proprietor of licenses.”

How Do I Know How Much My Funko Pops are Worth?

To authenticate your Funko Pop, look for the following:

After confirming that your Funko Pop has the characteristics just mentioned, it’s time to begin determining its value. PopPriceGuide is one fantastic resource that you can use if trying to determine the worth of your Funko Pop – another popular collectors marketplace to gauge an item’s value is through Whatnot.

As you begin to pursue buying and selling communities, it would be helpful to separate yourself from the emotional worth that a collectible can inspire, especially if you plan to commit yourself full-time to buying and selling Funko Pops, which is entirely possible – look at CollectorsDNA for inspiration.

Factors That Affect The Value of Funko Pops

If you have concluded that your vinyl pop is authentic, now it’s time to find out its market value. The value of your Funko Pop largely depends on these three things:

The popularity of a specific Funko Pop can be as volatile as the stock market. That said, appraisers closely follow market trends amongst the collector’s community to assess the value of a given Funko Pop.

Funko also distributes certain vinyl pops to specific events (such as comic conventions), big box stores, and specific retailers upon special request. These pops are considered exclusive based on the rarity or the limited number of its release. A vinyl pop could also be deemed exclusive if it was signed or autographed, such as the coveted Stan Lee Funko Pops.

Lastly, if you happen to have a specific type of said Funko Pop, its value could be significantly higher than the base cast. Metallic, glow-in-the-dark, glittered, chrome, flocked (covered in fuzzy fibers), and Chase editions are the non-standard types of pops that Funko distributes. Differences may even be evident in unique design characteristics like using a different mold, featuring another icon, or having a different color or costume.

PRO TIP: Usually, one ‘Chase’ version is made for every 6 Funko Pops produced. The Chase version is significantly more challenging to come by but does not necessarily equate to a higher value.

Ways to Value Your Funko Pops

If you have a smartphone, access your app store and download the Funko App now. Your favorite pop vinyl maker smartly teamed up with Pop Price Guide and HobbyDB to create a user-friendly application that instantly delivers trending market analysis for your Funko pop collectibles.

At this point, you have authenticated your vinyl pop, considered its market value based on popularity and demand, and valued your Funko according to reputable and reliable sales databases.

The only thing left to do is decide whether you are going to hold on to your investment or cut your losses. Unless you get your hands on one of the holy grail pops mentioned above, it’s hard to tell which pops will become hunted treasures in the future.

May the Funko forces be with you.

It’s hard to imagine that a 3-5 inch tall figurine made out of cheaper plastic can somehow be worth thousands of dollars, yet I’ve seen stranger things. Funko is a niche stock, but you don’t have to be an investment guru to potentially earn a return from one of your favorite Funko Pop figurines.

Whether you choose to sell these pop figurines as a small side hustle or become a serious collector like Steve Y. of CollectorsDNA, the ‘holy grails’ of Funko Pops could be all you need for a down payment on a home or to top off your retirement fund.

The 10 most valuable Funko Pops currently on the market include:

The most valuable Funko Pop in the world that last sold for $13,300 commemorates the protagonist from Stanley Kubrick’s crime thriller.

Only twelve of these limited edition figurines were ever produced. A legend goes that each box was both hand-numbered and signed by Funko CEO Brian Mariotti and originally gifted to Funko Pop VIPs.

Ringing in the cash machine at $10,000, this Funko Pop is widely recognized as the second most valuable vinyl pop ever produced.

As with several Chase editions, this Funko Pop was released at the San Diego AComic Convention in 2011.

From the well-known fantasy drama series, Game of Thrones, Funko released a bloody version of Jaime Lannister at the San Diego Comic Convention in 2013.

What makes this pop unusual is the fact that only twelve units were ever produced giving it a current value of $9,980. That said, this exclusive pop has been priced well above the most sought-after Alex DeLarge Funko.

The late American comic book writer Stan Lee, best known for his work with Marvel, is widely cherished by the comic enthusiast community worldwide. At the Los Angeles Comic Convention in 2017, he is embellished as a real-life superhero donning a red superhero outfit.

Only twelve people worldwide have the red metallic version whose current worth is estimated to be $7,570. If you happen to ever come across the silver or gold metallic versions of this Funko Pop with Stan Lee’s signature, know that these vinyls are also worth around $6,000. The fact that Stan Lee has passed on, may in fact make his autographed vinyl’s worth much more.

Only 48 pieces of the Disney-star Dumbo were produced exclusively for the San Diego Comic Convention in 2013. This version of Dumbo the Elephant with clown makeup is one of the most demanded Funko Pops on the market.

With an estimated value of $6,640, you’ll surely be a true Disney fan if you have the money available to make Dumbo part of your forever collection. Alternatively, you could come across the Dumbo (Gold) Funko Pop which still demands a hefty price tag of about $4,180.

Originally hailed in 2011 at the San Diego Comic Convention, this remastered Funko celebrity has risen in value to $5,610. Although this is indeed both a Chase and limited edition pop, its current worth is largely due to its popularity across Funko fans.

Another one of those convention exclusives and all-time Funko favorites is yet another cereal box character. If you get your hands on one of the twenty-four productions released at the 2011 San Diego Comic, then you’d probably be happy to know it is worth about $5,570.

This glow-in-the-dark Chase variant of the Buzz Lightyear Freddy Funko is modeled after the Toy Story movie’s astronaut character.

On average, this inspiring vinyl pop sells for $5,030; however, appraisers forecast its value to rise closer to the $10,000 mark in the near future.

The limited production numbers of this vinyl pop has increased the value of this red-haired version of the Star Wars droid figure to a whopping $3,990.

First released in 2014 at the comic cons in San Diego, Funko struck a nerve amongst collectors when only twenty-four of these pops were made available.

Last on this list is the Planet Arlia Vegeta vinyl pop. Dragonball-Z fans around the world would love to have this exclusive Funko Pop in their collection. It was released at the New York Comic Convention in 2014 and has an estimated value of around $3,120.

Whether you are just becoming a Funko Pop Collector or have been for some time, remember that authenticity and condition are the two most essential elements of a potentially valuable vinyl.

Look out for unique or exclusive editions and seek out the Chase sticker models for your best chances of acquiring a valuable nostalgia-themed toy. But, of course, you’ll always do well if you stick to reputable dealers and remember your reason for beginning to collect Funko Pops.