Skip to content
Noname Antiques » How To Restore Doll Hair? 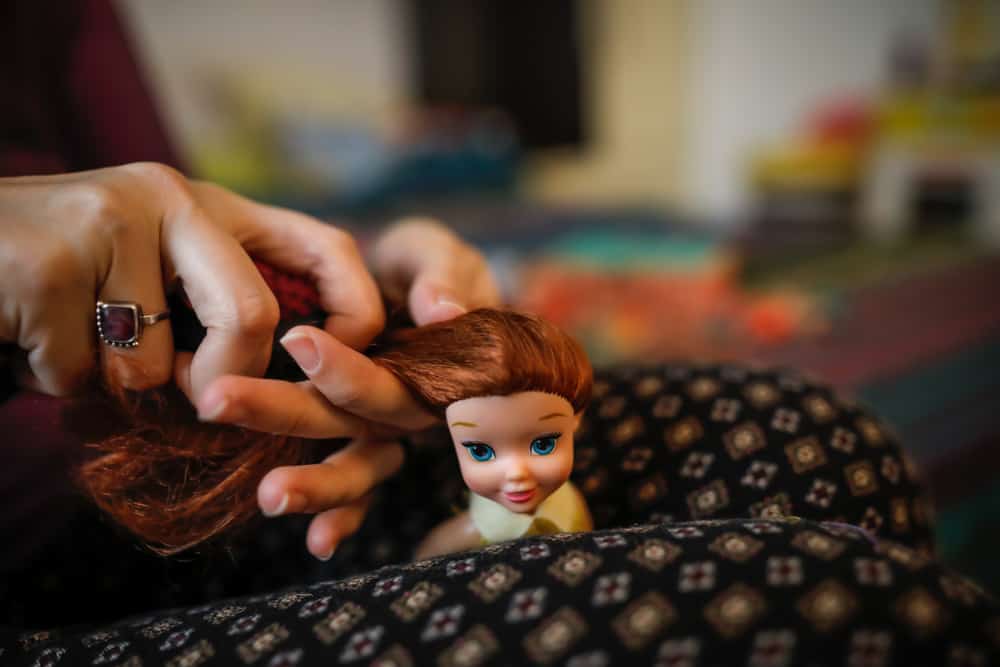 Dolls are some of the earliest items ever made by human beings. The first things that could be considered “dolls” date back thousands of years and were used for various religious practices. Such dolls were made of wood, bone, and rocks, and are found all over the globe.

The first modern dolls appeared in 15th century Europe, and quickly became a popular item in most households, regardless of the level of wealth. However, in the 17th and 18th centuries, porcelain dolls became extremely in demand amongst the rich.

In the 20th and 21st centuries, dolls are primarily made of synthetic materials and are seen as toys for small children. But, regardless of what doll you own, it most likely has hair, and sometimes you need to restore and wash it.

In this article, we’ll lead you through a step-by-step journey of restoring the hair of your doll, but first, let’s see some of the most valuable dolls ever sold.

Antique and vintage dolls remain popular to this day, and some are highly sought-after by many antique collectors that are interested in rare collectibles. Here’s a list of 3 most expensive dolls ever sold:

In 2014, Theriault’s Auctions hosted an auction in Naples, FL, which allowed some of the wealthiest collectors to bid on one of the most desired dolls ever made. It was the #27 doll made by Albert Marque in 1916.

Every doll features supreme craftsmanship and quality, and nearly all of them have been auctioned off for 6-figures, including the #27. These dolls are so valuable because every one of them is one-of-a-kind.

In 2010, Christie’s auction house held an auction in New York City, during which a Barbie doll was auctioned off for over $300,000! It was designed and made by arguably the most renowned Australian jeweler Stefano Canturi.

He took inspiration from the early 20th century Cubism and adorned the barbie with a 4k diamond necklace. The jewelry had 3k worth of white diamonds that surrounded a 1k square-cut pink diamond.

So we can see that this doll is somewhat of a cheat because people were bidding more for its necklace than for the doll itself.

In 2014, the Bonhams auction house in Knightsbridge, London, hosted a record-breaking auction, where a single doll was sold for nearly $400,000!

The doll was made in Germany, sometime in the early 20th century, and is the only known existing example of such a doll. There are other Kämmer & Reinhardt dolls that have sold for 6-figures, but nothing close to the sum that this one was sold for.

Things You Need to Know Before Restoration

There are several things you have to know and consider before restoring the hair of your doll. If you own a valuable antique doll, we advise you against restoring its hair yourself.

Even experts can sometimes mess up the process and do more harm than good, so if you’re just a beginner, chances are you’re going to completely ruin your doll and its value. As a result, it’s always best to get help from a professional restorer.

Antique doll hair restoration can get really pricey, but all things considered, you’re going to save money by getting it done by an expert. However, if you own some low-value dolls and want to get good at restoring their hair, you can attempt it yourself.

Here are the most important things you need to know before restoration:

The manufacturer’s manual of your doll contains every piece of valuable information that can help you restore its hair and minimize the risk of ruining its value. Unfortunately, the vast majority of valuable antique dolls come with no such manuals.

If your doll has no manufacturer’s manual, you can ask for help online or go to your local antique store to see if you can get some information about your doll, or even a replica of the manual.

Some dolls have wig caps. It’s a piece of plastic on top of the doll’s head that the hair is connected to. When restoring the hair of your doll, do your best to avoid wetting the wig cap.

As it’s so close to the hair, it’s a difficult task, but the wig cap can shrink after drying, which is going to ruin the hair of your doll.

Mechanical dolls usually feature a key you can spin, which makes the doll move when unwinding. We advise against restoring and washing the hair of such dolls because they contain mechanisms that can be easily destroyed during the process.

Slow And Steady Wins The Race

As you’re going to see, restoring your doll’s hair isn’t a race and there aren’t many steps where you can be too slow. What’s more likely to happen is that you hurry too much and in the process damage the hair.

When restoring the hair of your doll, always maintain composure and try being as calm as possible. It’s always more likely that you’re going to make a mistake because of hurrying, not because of being too slow.

Knowing these things, you can finally attempt restoring the hair of your doll.

How to Restore Doll Hair?

Restoring a doll’s hair can be a time and energy-consuming process, but following these steps will guarantee that you avoid mistakes and achieve the best result possible.

First of all, it’s always best to get all the necessary items ready before you actually need them. Here’s a general list of supplies you’ll need:

You can damage your doll during the process of restoring its hair. To protect the condition of your doll, you have to prepare it by carefully removing its clothes and tightly wrapping its body in a plastic bag, only leaving the head exposed.

Then, put the cotton balls in front of its eyes and hold them in place with painter’s tape. Shampoo or water getting in contact with the eyes might ruin the eyes, like deteriorating their color.

Get 500ml (2 cups) of water simmering in a pot or a saucepan and remove it from the stove. Allow it to cool off for a few minutes, and then carefully dip the hair of your doll into the water for 5 or 6 seconds.

When your doll’s hair is wet, apply a small amount of shampoo of your choice onto the hair. The exact amount varies from shampoo to shampoo and from doll’s hair to doll’s hair, but a teaspoon of shampoo is a good rough estimate to use.

Now that you have shampoo in the hair, you should start carefully combing the doll’s hair. It’s important to start from the ends and comb upwards from the bottom.

If you comb as you comb your hair, from the roots to the ends, you risk tearing the hair and ruining the condition of your doll. Keep combing the hair until you feel that all the hair is combined through, but don’t overdo it.

A single comb-through is usually more than enough. If the hair is extremely tangled, you might have to do a second comb-through, but in situations like that the less is more.

After the cleaning is done, you have to rinse the leftover shampoo out of the doll’s hair. Some people use the same bowl they’ve used to wet the hair and simply dip the hair several times until the shampoo is done.

You can also rinse it under a running tap, but make sure it’s lukewarm and the water is running softly not to damage the hair. However, if you leave some shampoo behind, it’s going to damage the hair, so balance is the key.

Finally, use a towel to get rid of any excess water left on the hair. Carefully pat the hair until you can’t get rid of any additional water. Then, put a nylon stocking on the hair, and leave it dry for at least 24 hours.

Don’t use a blow dryer and don’t leave your doll under the sunlight, because it’s going to ruin the hair.