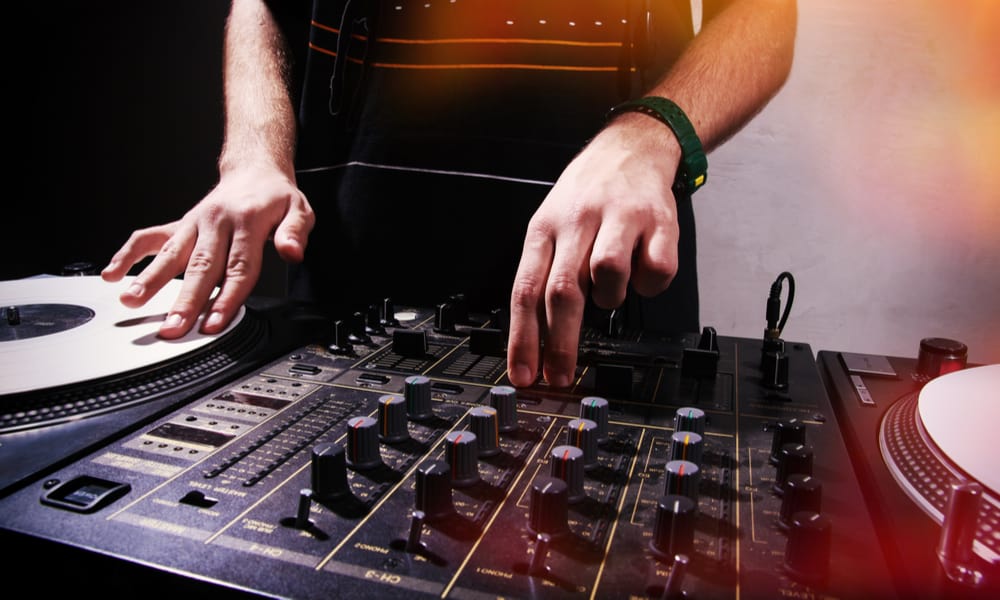 It doesn’t matter how well you can beat mix, you ain’t a DJ until you can scratch – at least according to Koop in the 1999 British cult classic, Human Traffic. Well, that depends on the type of music you play and your style, but a DJ who can scratch earns instant respect.

Like beatmatching the old-fashioned way, scratching is something that takes a lot of practice, but the best turntablists in the world can pull off all kinds of crazy tricks. First,, though, you need to learn the basics, so here’s everything you need to know about how to scratch DJ.

To see the kind of things that are possible when you truly master the art of scratching, check out this video before reading on.

Let’s start at the beginning. What is scratching? At the most basic level, scratching is when you pull back a vinyl record as it’s playing to create a scratching sound. If you do this repeatedly and rhythmically in time with the music on the other deck, it can create a rather cool effect.

Taking it further, by combining scratches with movements of the crossfader, and also by scratching faster or slower, you can produce a whole range of sounds that complement the music you are playing.

Not everyone scratches, though, and while you might hear the odd spinback (not really scratching) or the occasional scratch, DJs playing four-to-the-floor genres like progressive house or techno don’t usually incorporate much scratching into their sets.

You may sometimes hear house DJs scratching, but the genres best known for it are things like hip-hop, R&B and drum & bass – like this.

A bit of history

But where did this all come from? Before we look at the basic techniques, let’s think about where these techniques originated.

In the beginning, turntables were belt-driven, which means the platter was turned by a belt attached to the motor – and using these, scratching would have been impossible.

However, with the advent of direct-drive turntables, most notably the Technics SL-1200s in the early 1970s, and the subsequent SL-1210s, modern techniques of scratching became possible.

As the story goes, one day, hip-hop DJ Grand Wizzard Theodore, himself a protégé of the legendary Grandmaster Flash, put his hand on a record to stop it spinning as his mother called up to him.

He noticed the resulting sound this action created, and in doing so unwittingly invented the concept of scratching – although it was Grandmaster Flash himself who took the technique, developed it, and showcased it to the public.

Your first scratch – the baby scratch

Enough history. Now let’s look at how you can learn the fundamentals of scratching. There are several basic scratches you need to learn, but the first one, the one that forms the basis of practically every other scratch, is the baby scratch.

With the baby scratch, the idea is simply to pull the record back, which makes the first scratch sound, and then to push it forward again to make the second.

To do it, using a DJ turntable and vinyl, first, start the platter spinning and place your hand of the record to stop it moving.

Move the record so you find the start of the beat and then push the record forward. At the beat passes the stylus, you create the first part of the sound.

Pull it back again, and you will hear the second part of the sound.

Practice doing this a few times, and also try doing it at different speeds. You will notice that the faster you do it, the higher the pitch of the scratch – but if you do it slowly, you will create a lower-pitched scratch.

This might be a little difficult to visualize, in which case you can check out this video to see how it’s done before moving on.

When you’ve got the basic baby scratch down, you can then try the scribble. This is similar to the baby scratch, but the movements are smaller and faster.

If a baby scratch is moving the record forward with one beat and then back with the next, the scribble involves moving forward and then back for each beat. This means you are doubling the speed of your baby scratch.

Check out this video to see how to do it.

Once you’ve mastered scribbling, the next technique to try is what’s known as the chirp. This is also like to the baby scratch but is slightly more advanced because you’re going to use the crossfader on your DJ mixer to cut truncate the sound of the first part of the scratch.

With this scratch, the idea is to move the record forward for the first part of the scratch, as with the baby scratch, but as you do it, cut the end of the sound using the crossfader.

This with result in the scratch sound you produce being shortened and cut off sharply.

This scratch requires more coordination than a simple baby scratch because both hands need to be moving at the same time, one on the record and the other on the crossfader.

This means you will probably need to practice this one a lot more to master it. The best way is to start off slowly and build up until you can do it confidently at full speed.

To see how to do it, check out this video.

The next type of scratch to attempt is the forward scratch, and again this is a scratch that will require a certain level of coordination, so you will probably have to put in a few hours of practice before you can master it.

With this scratch, the goal is to be able to hear the whole of the forward scratch but then to use the crossfader to completely cut the back scratch.

To execute it, you should have the crossfader in the central position while you do the forward scratch, but then when the record reaches the most forward position, you need to quickly move the crossfader all the way away from the record you’re scratching to cut the sound.

Next, you pull the record back to the starting position, and because the crossfader has completely cut this channel, you won’t hear anything.

When the record is back in the start position, you then move the crossfader back to the middle and do the forward scratch again.

By repeating this several times, you will only hear the forward scratches but not the back scratches. Check out the video in the chirp scratch section above to see this technique in action too.

Can you scratch on a CDJ/controller?

So far, I’ve been talking about scratching techniques that use vinyl records and turntables, but can you scratch when playing digital music?

This meant that companies producing DJ players had to work hard to recreate the sensation of touching a record, even when no physical disc exists because you are playing a digital music file.

The result was that, even though a digital DJ player like Pioneer’s CDJs or a DJ controller with jog wheels can’t replicate the feeling of playing vinyl, the best ones come close enough.

This means DJs can also use jog wheels to scratch in a way that feels natural and intuitive, even if it’s not quite the same as scratching with vinyl.

World level turntablists still prefer vinyl records and a pair of old-fashioned decks, but you can still use the techniques I’ve explained in this post to scratch with digital music.

Check out this video about doing baby scratches on a controller to see an example.

Lots of other techniques online

In this post, I’ve given you the details of how to pull off a few of the most basic scratches. However, there are loads of other techniques to master, including the transformer scratch, the flare scratch – and many more.

My advice, then, is first to master the basic scratches I’ve introduced here – and then to go onto YouTube to look for tutorials on more advanced scratching techniques to expand your skills. And maybe when you’ve mastered them all, then you can consider yourself a real DJ.

Putting them all together

Whether you’re playing on vinyl or using digital, there’s no way around the fact that this is going to take time – so go fire up your decks now and get practicing!