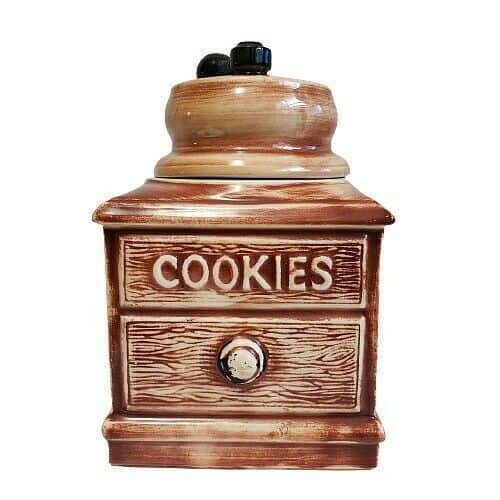 McCoy cookie jars are probably one of the most popular items among beginner antique collectors because they’re relatively cheap and can be attained without emptying your pockets.

Additionally, they feature cool designs and motifs and can be a great decoration for every room. Additionally, because these jars are pottery, most of them have survived in great condition, and you can find mint McCoy cookie jars without spending much.

In this article, we’re going to tell you everything you should know about identifying a McCoy cookie jar, from dating its age to telling if it’s real or fake. However, let’s start with a brief history lesson.

The story of McCoy cookie jars starts in 1848 with the foundation of the J.W. McCoy Stoneware company, which produced practical stoneware from clay to be used in everyday life.

In 1910, McCoy Stoneware Co. established a sister company called Nelson McCoy Sanitary Stoneware Company, which started manufacturing decorative pottery pieces in the 1930s. This change in production is a result of people desiring to own ware that’s not only practical but also beautiful.

McCoy Sanitary Stoneware Company kept manufacturing cookie jars with intricate designs featuring many different motifs up until 1991 when it closed down because of failing to turn a profit.

However, McCoy cookie jars became one of the most popular pottery items among the collectors, and they’re being bought and sold to this very day. So, how do you correctly date a McCoy cookie jar and find out when it was made?

Nearly every authentic McCoy cookie jar manufactured after 1938 have an embossed mark, usually at the bottom of the piece. The earliest pieces are usually embossed with “NM”, standing for Nelson McCoy.

The mark changed a lot throughout the years, so it’s the best way to date a McCoy cookie jar. However, it can be difficult to see because of the paint glaze or wear and tear, so sometimes you have to examine the jar closely.

Here’s a general list of marks by date of production:

To date cookie jars made after 1950, you should use a reference index and find the design you want to date. We’re going to recommend some of the best resources for that later in the article. Now, let’s see how can you tell if a jar is authentic or fake.

How Can You Tell If a McCoy Cookie Jar Is Real?

McCoy cookie jars can be extremely valuable, and because of that, there are many fakes and counterfeit items that are trying to deceive you into thinking it’s real. Most of such cookie jars were started to be produced in the mid-1990s, and continue to this day.

First of all, it’s important to know that there are two ways in which a McCoy cookie jar can be counterfeit. First of all, there are fakes, which feature cookie jars never made by McCoy, but marked as such.

These are easier to spot because you can simply check if such a design was originally made by the Nelson McCoy Sanitary Stoneware Company. If you can’t find it, it’s 100% fake, but many are trying to find beginner collectors and sell fakes off as “extremely rare” or “one of a kind”.

Second, it can be a reproduction, that is trying to imitate the real piece and inflate its price by selling it as a rare antique item. These are way harder to spot because such designs were originally manufactured by McCoy.

That being said, there are several indicators you can use to distinguish and identify a real McCoy cookie jar from counterfeits:

This might be the single best indicator for spotting a fake or a reproduction. It’s because McCoy cookie jars were produced in limited colors, while counterfeits are being made in several color variations to appeal to as many consumers as possible.

For example, the McCoy Mammy pottery cookie jar was made in a single colorway, featuring a red cap and a white dress with green trimmings. However, these days you can find reproductions with blue dresses.

When you identify what kind of cookie jar it’s supposed to be, always check if such a colorway was originally manufactured. If you can’t find an original piece in a certain color, it’s almost definitely a fake.

Additionally, McCoy cookie jar colors slightly lose saturation as they age. While the fire-glazed paint they used to color the jars was high quality and lasts a long while, decades of time that have passed still impact the way the paint looks like.

If you find a reproduction that’s super vibrant, chances are it’s a fake. It’s not uncommon for counterfeiters to use brighter paints to make the piece appear in better condition to make it appear more valuable and sell it for more.

That’s why one of the best ways to tell if a McCoy cookie jar is real is to measure it. Find out what kind of piece it’s supposed to be and what are its measurements. Then, measure the suspected fake and see if it’s the same size as the original, or smaller.

Most counterfeits can be up to 1-inch smaller than the originals, so it’s easy to spot. However, most online listings round up the measurements, so a 5 ½ inch McCoy cookie jar could be listed as a 6-inch jar.

If you’re buying online, make sure to ask for specific measurements from the seller, so you’re not being tricked. If they’re hesitant to reply, chances are they are trying to sell you a counterfeit.

That being said, some sellers don’t even know that they’re selling a fake one, so don’t always take it personally for someone trying to scam you.

In a similar vein, reproductions of McCoy cookie jars will almost always be lighter than the originals. That’s why you should always check the weight of an original piece and compare it to the one you’re thinking of buying.

If there’s a noticeable discrepancy between weights, it’s definitely a reproduction and not an original. Keep in mind that it’s possible for a real piece to weigh a gram or two less than it’s officially listed.

While the Nelson McCoy had strict production measures, it’s still possible for pieces to have a slight variation in weight.

This indicator can be difficult to use if you’re a beginner McCoy cookie jar collector. However, if you have an eye for detail, you can use it to determine whether a piece is real or a reproduction.

Authentic McCoy cookie jars feature intricate details in their designs, and experienced collectors can pick out a fake just by looking at its quality.

The manufacturers of reproductions simply cannot imitate the application of paint, the shine of glaze, and other details that McCoy cookie jars are praised so much for.

The counterfeit market of McCoy cookie jars is so big that there are actually several well-known fakes that most collectors are aware of. They include:

Similarly, if you know the original designs, you can almost always know if a piece is a reproduction. For that, there are dozens of great reference books and online resources. We recommend these:

This website includes over 100 original McCoy cookie jars in the order they were manufactured. The entries include vital information about the designs like the mark, date produced, description, collector value, and even pictures.

If you can’t find a McCoy cookie jar there, chances are it’s a fake.

This book has one of the most extensive reference lists compiled specifically on McCoy cookie jars. Unfortunately, it’s out of print and might be difficult to come by.

Published in 2009, this book describes over 3,000 McCoy pottery pieces, including current values, sizes, colors, and descriptions. It also has a chapter on McCoy cookie jars.

Is McCoy Pottery Worth Anything?

McCoy pottery and cookie jars can be extremely valuable, depending on rarity and condition. If you have a real piece, always get it professionally appraised. Most jars are worth from $50 to a few hundred dollars, but some fetch much more than that.

Just to get an idea of how much money an antique McCoy cookie jar could sell for, here are the top-5 most expensive ones sold in the 2020s: 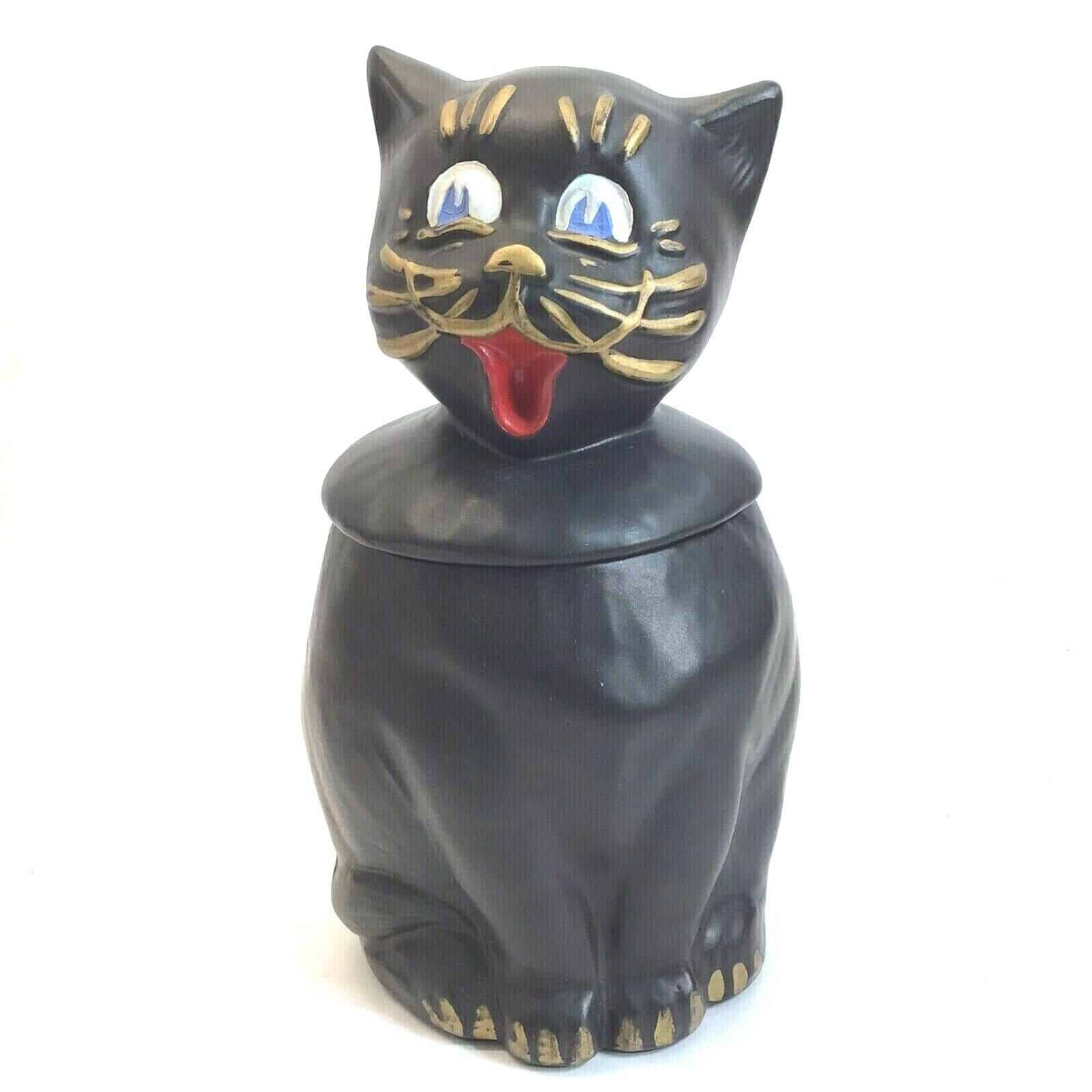 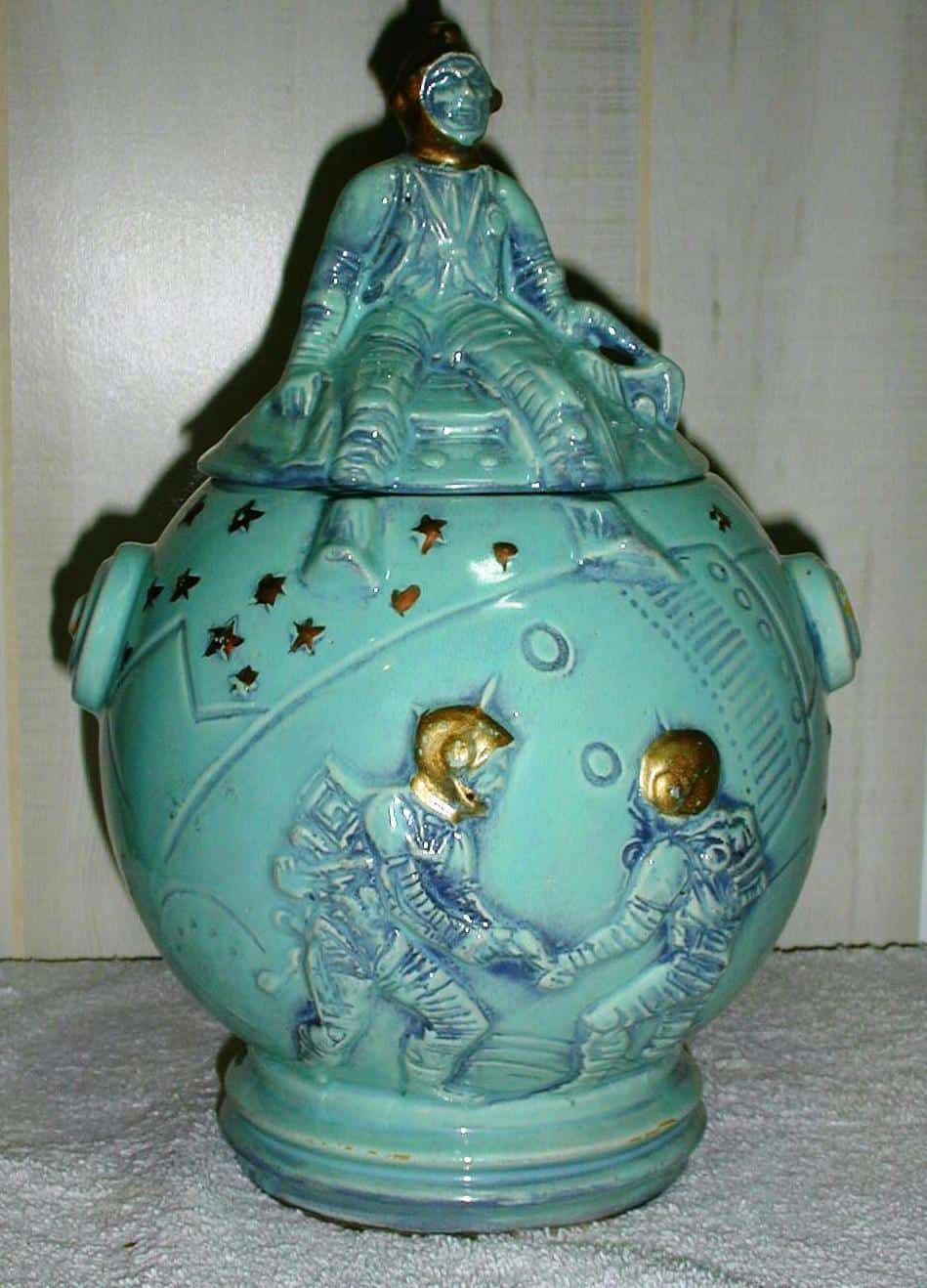 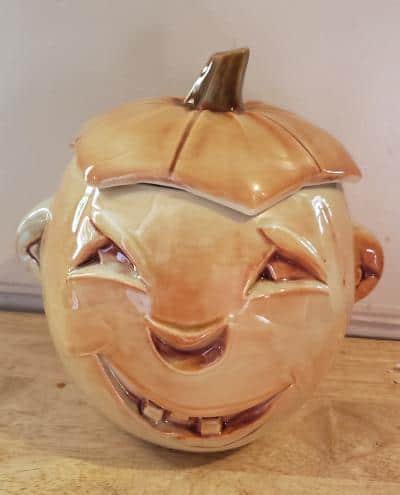