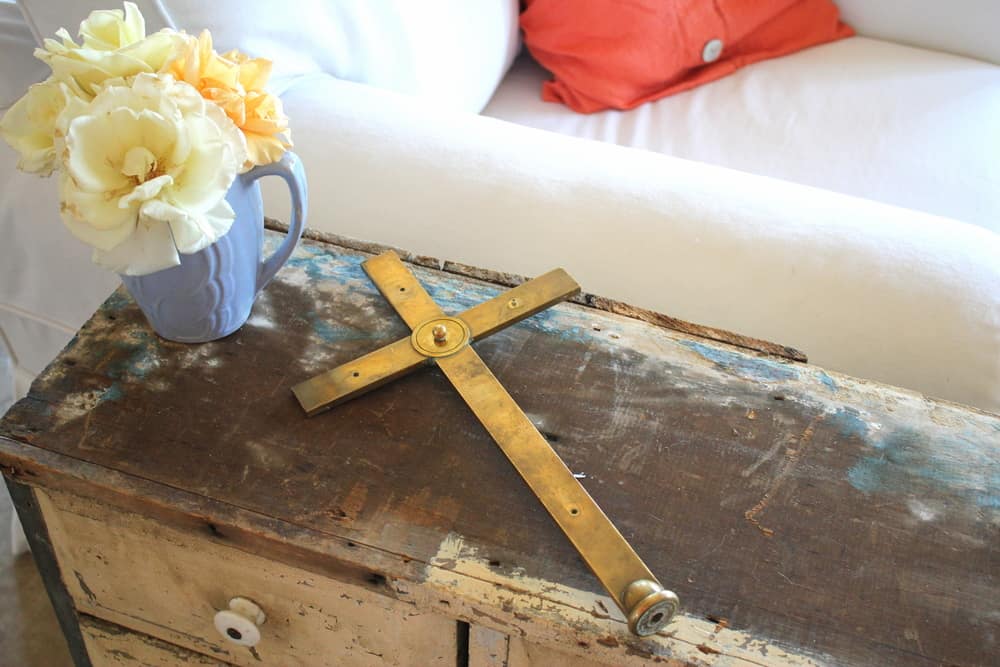 Even though earthenware has been in existence since the tenth millennium BC, the McCoy pottery came and stole the show. From genuine antique designs to their vibrant paint colors, these earthen beauties continue to bring life into homes.

J.W. McCoy Stoneware Company started McCoy pottery. By around 1899, about twelve notable pottery companies were operating in Roseville. In 1910, Nelson McCoy Senior sought his father’s help and teamed up with five stockholders to establish Nelson McCoy Sanitary and Stoneware in Ohio’s Roseville.

In November 1911, George Brush was the highest stockholder of J.W. McCoy pottery. One month later, they changed the company’s name to Brush-McCoy Pottery Company. They conducted profitable operations making and selling functional stoneware.

Nelson McCoy fell sick and died in December 1914. Nelson McCoy Junior took over after his demise. However, in 1918, the McCoy family sold their interest in the pottery. In 1919, eleven more earthenware companies joined to form the American Clay Products Company (ACPC) with its headquarters in Zanesville, Ohio.

All the individual pottery members played different roles in producing stoneware promoted under the new company’s name, ACPC. It made sales catalogs of the intentionally non-trademarked stoneware, which salesmen advertised and took orders for the same. In return, the company proportionally distributed the income from the sale of earthenware.

Even though George Brush stayed as the highest stockholder, they retained the ‘McCoy name’ until 1925 when they changed the name to Brush Pottery Company.

All went well until 1926 when ACPC underwent liquidation. The pottery members went back to being independent earthenware companies that competed with each other. In addition, this time saw a decline in the demand for such utilitarian earthenware.

Upon realizing an even steeper decline in demand for these food and sanitary ware and a rise in demand for decorative ware, the company had its name change to Nelson McCoy Pottery Company.

In 1974, Lancaster Colony Corporation bought the pottery, where Nelson McCoy Junior retired seven years after. In 1985, the pottery got sold to New Jersey’s Designer Accents who had acquired two other pottery companies months prior. The two potteries were Holiday Designs of Sebring, Ohio, and the Sunstone Pottery at Cambridge, Ohio.

Upon acquisition, all the pottery productions got transferred to the Nelson McCoy Pottery headquarters. In addition, they saw a change in the stoneware they produced where they had to discontinue the production of some pieces.

For instance, the company discontinued the lower-priced wares by Holiday Designs. Yet, the employees proceeded with producing some higher-priced ones from Sebring Studios. The latter’s pieces had only a style number marking for identification.

Some of the earthenware initially produced by McCoy pottery and the new pieces had Designer Accents promoting them under Nelson McCoy Ceramics. One pottery whose production went on includes the Floraline, known for its unique mark. The Nelson McCoy pottery first produced this beautiful piece in 1960.

In late 1990, Designer Accents ceased operations and closed down due to decreasing returns. The part of the company that housed offices burned down during 1991’s fall. McCoy pottery became defunct in 2001.

Their earth-made decorative pieces had no detecting marks until 1929 when they began using a style number to mark their own pottery.

When Sydney Cope became the chief designer, he brought about the use of NM initials as the marking for their earthenware. The incisions varied in design but they all stood for Nelson McCoy.

By the mid-1940s, the incisions changed from ‘NM’, ‘NM USA’, ‘MCP’, and ‘NM Made in USA’ to ‘McCoy’ since there was no other McCoy in the pottery business. They later started embossing the marking.

The other eras, including the Lancaster Colony Corporation, brought about changes in the markings. For instance, there were ‘LCC’ and ‘LCC USA’ added on the ‘McCoy’ incision.

There were also ink stamps with gold coating for the same. A major example is the ‘24K Gold’ stamp.

All these were markings under the same company. However, the advancement in technology has seen counterfeit designs entering the market.

The Brown family and the McCoy family have had a connection since 1870. The two families got united when James Brown’s daughter James W. McCoy married Sarah (Sade) in 1870. The newlyweds moved to Uniontown to run a dry goods shop but returned to Roseville in 1876 for James to do a mercantile business.

After moving back to Roseville, James McCoy’s father-in-law partnered with him in his growing mercantile business. The partnership was named Brown & McCoy, which ran from 1872 to 1888. The Brown and McCoy pottery is one of the oldest designs under the pottery.

These decorative pieces comprising vases and jars have an immaculate finish from fine clay.

After George Brush bought the old J.B. Owens pottery in August 1911, they settled on combining assets with the Brush Pottery. Brush became the highest stockholder at J.W. McCoy Company which saw the company’s name change to Brush-McCoy Pottery.

One year later, the pottery bought equipment plus molds belonging to A. Radford Pottery. The company had its shop in Clarksville in West Virginia, United States. When 1918 came, the McCoy family traded its interest in the Brush-McCoy company but retained the McCoy name until the end of 1925.

In 1982, the company ceased operations.

The vases are tall with blended glazes of brown and orange hues. The wide-mouthed pottery produced around 1906 has fine line incisions that form beautiful patterns.

The majority of the potteries made before 1929 had no marks.

Some Brush-McCoy earthenware had a ‘Brush’ or ‘Brush McCoy’ engraving on them. Also, some had a mold number alone while others had the mold number plus the USA writing. All the authentic Brush Pottery marks are engraved below the cookie jar surfaces.

This era’s pottery is known for the intentionality of producing and supplying unique utilitarian earthenware. Nelson McCoy Sanitary and Stoneware realized a pool of different creative patterns and designs.

Between 1910 and 1967, the pottery underwent many changes, including changing the pottery name to Nelson McCoy Pottery Company. This change was due to lower demand for stoneware, food, and sanitary wares. Alternatively, there was an increase in demand for decorative ware, hence the change to accommodate the newer markets.

The pottery had a wide range of colors. For instance, the Loy-nel-art of the 1930s used pastel colors such as green, yellow, blue, and light brown. These also had hand-painted red berries plus green leaves.

The 1951’s arcature had green, burgundy plus green on yellow, with a decorated bird. On the other hand, the sunburst gold of 1957 had a combination of matte and gloss 24k gold while the Grecian had ivory plus green adornment and 24K gold networking.

The Nelson McCoy Sanitary stoneware began marking its stoneware in 1929. Still, there could be pieces marked earlier than that with no existing evidence.

When they began marking their pottery, the first incisions were style number markings. They later adopted different inscriptions such as ‘NM’, ‘NM USA’, ‘NM CO’, ‘McCOY USA’, ‘McCOY USA’ plus style number, ‘McCOY MADE IN USA’, and ‘McCOY LCC’.

Even though some of the incisions were similar, they had different hand-drawn styles. These slight differences had some extent of sentimental value to each collector.

Also, the change saw the discontinuation of some designs and the introduction of others. It was not uncommon to find designs marked in the past with no mark and vice versa. The company later stopped incising and adopted the embossing method except for the ink stamp.

Nelson is the father of James W. who was born in 1848 and went ahead to start McCoy Pottery. Before that, W. Nelson was born in 1820 in West Virginia’s Harper’s Ferry. Together with his wife Esther, he moved to Putnam in Ohio, United States in 1848 to do farming.

Apart from farming, W. Nelson also set up a primitive structure to do stoneware during the warmer months. Despite him getting into several partnerships thereafter, he continued doing stoneware on the side and produced only a handful of pieces at a time.

In 1858, W. Nelson acquired most of the shares at Benjamin & Co. This saw the store name change to McCoy – Benjamin & Co., where Hugh McDonald was a part-owner as well.

The stoneware he produced was simple and rough. Some of the features include white fish snakes and simple line incisions.

This earthenware existed when everyone around was doing primitive makes and designs. Most potteries were plain or with simple line marks.

What is McCoy Pottery worth?

This pottery costs from as little as $6 to as high as $3,500 on sites such as Etsy. For instance, there is a teapot in the strawberry pattern that goes for less than $7. There is also a huge hobnail pitcher in a unique lavender color going for $81.

On the other hand, there is an original McCoy head planter that Sidney Cope designed, who was one of the company’s notable designers. This piece’s value is estimated to be about $400. Other unique pieces includes the Squirrel cookie jar.

Things that influence the pricing of original McCoy earthenware are the rarity, incisions, and sentimental value that the collector attaches to these pieces.

How can I tell if my McCoy pottery is real?

Even though there have been many reproductions and imitations, there are features that will help you spot a fake McCoy pottery. Look out for the following features to avoid being shortchanged;

Most original McCoy pieces have the maker put ‘McCoy Made in USA’ engraving on them. On the other hand, most fakes only have ‘McCoy’ inscribed on the earthenware. The Squirrel cookie jar has ‘McCoy’ and ‘USA’.

Before you purchase a piece, please do your research to know what the real ones look like and the common fakes in the market. You can check them up on their online catalog or buy a book listing for the same. It will also help you know the designs that are exclusively produced by McCoy Pottery.

How old is my McCoy Pottery?

The best way to know the age of your pottery is by looking up the designs of the incisions and their paintworks and glazes. For instance, fruit wall pockets with natural, colored fruit and green leaves were made in 1953. It means that this piece is 69 years old as of 2022.

Where to sell and buy McCoy pottery?

You can buy and sell McCoy pottery on online marketplaces such as Amazon, Etsy, and eBay. Also, if you want to sell many pieces, try the Craigslist option of your local city or town.

McCoy pottery is among the most valuable utilitarian and decorative stoneware antiques. Despite the pottery undergoing several changes before it ceased operations in 1990, collectors are still hunting for these unique pieces. However, before buying McCoy pottery, research and check to avoid buying fakes.