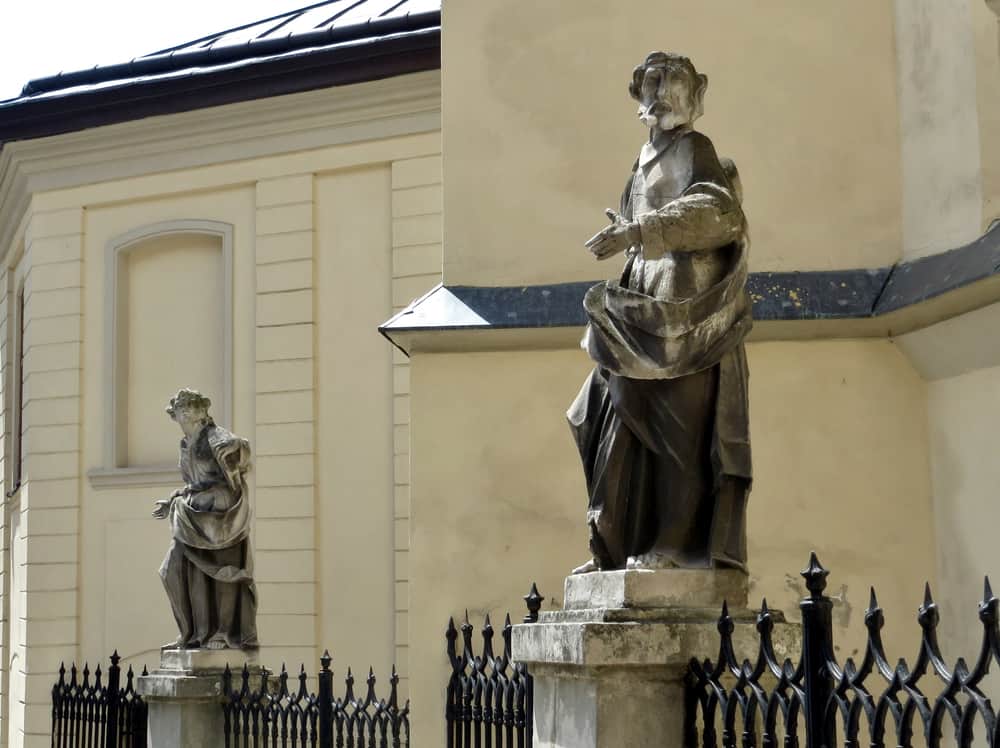 Effigies are objects with human or animal faces that Native Americans created as a part of their art. They typically used stones, shells, bones, clay, or wood to create desired shapes, including people, bears, canines, birds, and turtles.

Since Indians used effigies as parts of ceremonial objects, tobacco pipes, pendants, or vessels, it can be challenging to find these objects without any flaws. Therefore, it is crucial to check the Native American effigy stones identification and price guide before considering one of these pieces as a part of your collection.

What is a Native American Effigy Figures?

Effigies are objects that represent human and animal forms that Native Americans made from different material types. They typically used wood, stone, clay, bones, and shells to make these unusual figures.

Most effigies represent various animal species considered necessary in their lives or sacred protectors, like bears, wolves, birds, and turtles. Besides animals, Indians often created shapes representing a human figure or just a face. They used these forms as practical or ceremonial objects in most cases, including vessels, pendants, and tobacco pipes.

According to Indian beliefs, having an effigy figure with a human or animal character allowed them to acquire the characteristics of that particular person or animal species. Since these objects were personalized, they were buried with the owner in the same grave after their death.

You can recognize three primary effigy types and a few sub-types probably dated from 900 to 1600 AD. Nowadays, we don’t have much data on the lives and habits of ancient Native American tribes.

Since effigies were an essential part of their lives and art, experts could understand this unbelievable culture mainly through these pieces’ thorough analysis. 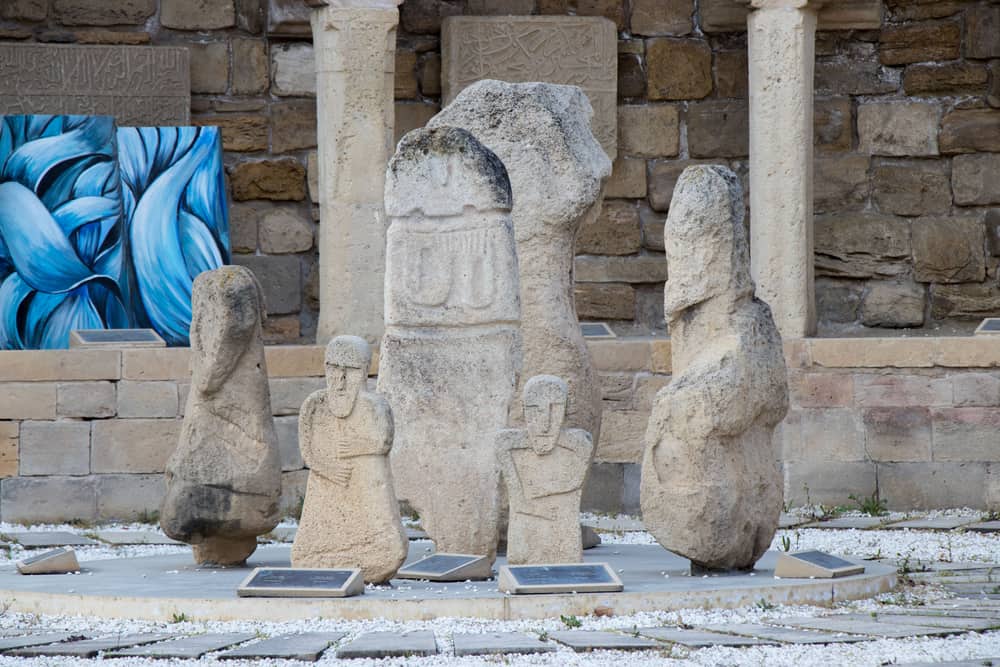 Experts believe that Indians used stone effigies as spiritual and religious objects. Still, it is not excluded that they had specific meanings, depending on the persons who wore them and the stone type.

It is widely believed that the Indians used small face-like stones as protectors, guardian spirits, totemic symbols, or identification of belonging to a particular tribe. These stone objects were significant parts of owners’ lives in any case.

The proof of their significance is the habit of burying them with human and animal remains. Putting these items into the grave symbolically prevented misfortune and illness from affecting the living relatives and other tribe members.

Handmade stone effigies included a significant category that Native Americans used to present the human and animal characters. These unusual figures typically came in a few forms, such as:

As I have already mentioned, ancient Indians believed that they could get the best characteristics of a particular person or animal when possessing their effigy (likeness). It is the best explanation for the immeasurable effort these people put in to make stone faces with the primitive tools they had at their disposal.

By now, archaeologists found stone gods in a few primary styles. The most popular Manitou stone was an excellent example of an effigy god with a head and shoulders.

Also Read  How To Sell Beanie Babies? ( An Ultimate Guide for 2023)

Effigy cairns often came in wolf, bear, bird, and turtle shapes because people wanted to get their bravery, wisdom, and sense of freedom.

These constructions typically depicted snakes as crucial mediators connecting the two vital worlds their lives depended on, the Upperworld and the Underworld. They often originated at some earth entrances or a well and terminated at nearby boulder stones.

In most cases, they placed these figures on the level open areas or massive rocks. They sometimes used other materials for this purpose to create:

Indians often used steatite to create effigy shaped stones. Interestingly, these pieces sometimes had a hanging hole at the face base, so the only way to wear such a pendant was upside down.

However, only other people could have such an impression. The one who wore it could look directly at the stone face from the right angle. Some archaeologists believed that stone human face effigies were connected to ritual masks used on special occasions.

In some cases, you can find giant freestanding or propped effigy shaped boulders, typically in bird head forms. Pottery with a human face or figure depicted the early Native American culture before the immigrants from Europe arrived and brought their traditions. The themes expressed in the painted pottery included ordinary men, women, and children but sometimes showed respected leaders and athletes.

The painted faces typically reflected both religious and social values. They were often represented at corn dance celebrations and among the dancers of the Southern Ceremonial Complex.

The popular legend said that the corn gods created man. Indians strongly believed that wood and mud failed as materials for human creation, but corn people turned out perfectly. Hence the respect for this plant among the natives of the New World.

Sports activities were the backbone of social life in every Indian village and an excellent way of interacting with people from other regions. That was why sportsmen often appeared as a human effigy motif.

Archaeologists found a vessel with a discoid lying at one archeological site. A human effigy figure was on one side, while a handle with an eyelet was on the opposite side. The athlete looked like throwing the discoid into the distance on such designed dishes.

Studies based on the found artifacts showed that the task of making pottery usually belonged to women throughout history. It seemed that such a labor division also existed in the Native American society.

The primary motifs of the effigy figures that these women made reflected the values and activities of everyday rural life. You could notice these motifs on the entire vessel, but artisans often added figures only along the edges.

Women were also involved in ceremonial matters and funerals. You could conclude this from the highly decorated pottery and figurines with motifs describing these events. Yet, that was an exception, and the effigy figures associated with ceramics typically reflected everyday life for the most part.

Thus, effigy pottery with fish motifs was usual for localities along the river banks. On the other side, the vulture motifs on a water bottle were a consequence of the mystical characteristics attributed to birds.

One of the most often presented motifs found at several archeological sites were ceramic vessels with added owls. These birds had unique mystical powers, according to Indians’ beliefs. That was why such bowls were never used for serving food.

In most cases, the owl figures were attached to the vessels’ edges, or women decided to design unique owl-shaped water bottles. Even the totem protector of one discovered village was in an owl shape.

These potteries’ original designs consisted of different configurations of curved or straight lines. The art style of inhabitants in one village was unique, and changes in decoration only occurred after interactions with people from other regions. 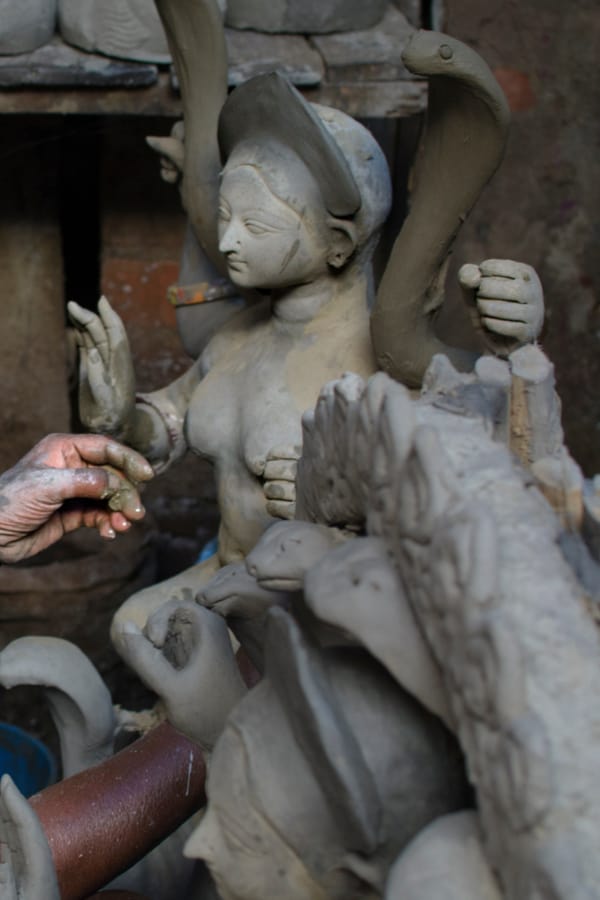 Clay effigies were discovered at archeological sites where ancient Indian tribes lived over many historical periods. Most clay figurines belonged to the people whose culture was a crucial part of the Hopewell trade complex.

Hopewell culture (tradition) included aspects typical of a pre-Columbian Native American civilization presented along rivers. They lived in the Middle Woodland period from 100 BC to 500 AD, with settlements built in the Eastern Woodlands.

You should understand that the Hopewell tradition didn’t refer to a particular society and its culture but a dispersed population set. They established the Hopewell exchange system that allowed connection through the traditional trade route network.

Once you find a clay effigy at a particular location, it is necessary to check whether it belongs to Hopewell-related sites. The next dilemma is whether the figurine’s purpose was ceremonial or domestic.

Clay was an accessible and workable material Indian women used to produce beautiful figures typical of their customs and tradition. On the other hand, men typically chose materials more difficult to process, such as stone.

The figurines’ primary characteristic was a naturalistic style so that you couldn’t notice any tattoos, facial scars, ceremonial symbols, or geometric paintings like those found on stone pieces. 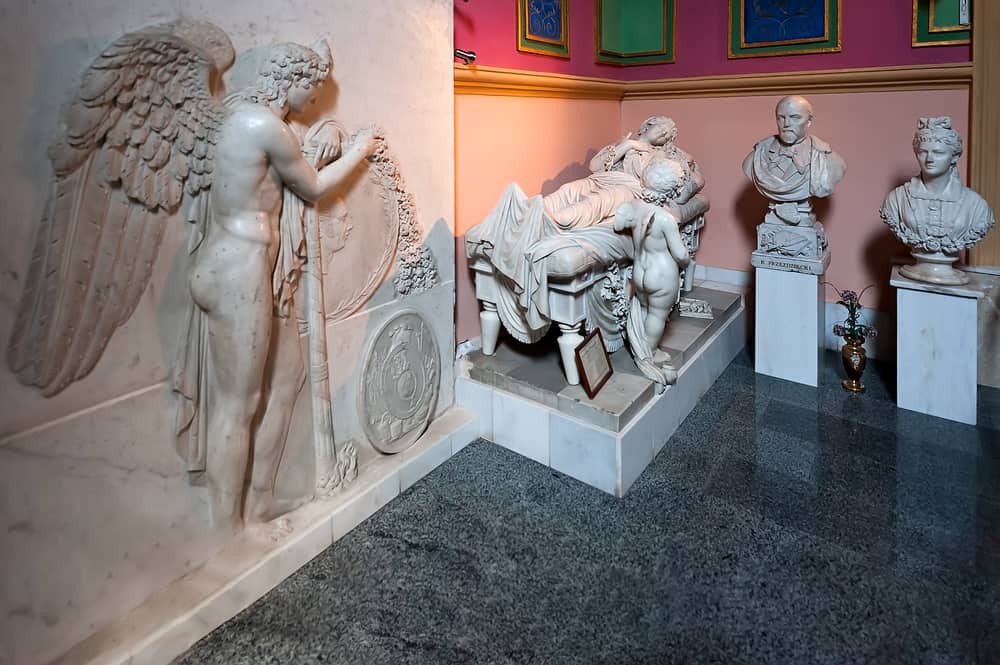 After discovering several archeological sites with numerous effigies, the current antique markets are overwhelmed by these symbolic Indian artifacts.

It is possible to find simple stones with barely recognizable human or animal figures at affordable prices. They are typically worth $10 to $300, but more complicated pieces with a few face profiles can reach higher prices.

For instance, you can purchase a well-shaped American human effigy stone pipe from eastern North America for $6,500.

American human effigy stone sculptures from the so-called Woodland Period between 500 BC and 1100 AD typically cost $1,800 to $22,500. Their value depends on preservation levels and the beauty of workmanship reflecting a particular heritage and location.

However, you should set aside about $35,000 for a rare, unique ancient piece with a human face. Animal figures are often less expensive, and their price range is from $900 for small coyote and owl stone figures to a few thousand dollars for more complicated pieces.

However, you don’t need to pay a fortune for one of these beautiful artefacts. For example, you can find a beautiful pre-Columbian carved totem effigy sculpture of rare green stone for only $115. This item is in very good condition with slight surface wear due to age.

As you can guess, it is challenging to find ancient pottery effigies, particularly those in excellent condition. Rare discovered pieces available on the market come in a wide price range.

For instance, you can find a beautiful human effigy pottery bottle from Missouri for $1,395, while a pottery effigy jug made somewhere between 800 and 1300 AD is estimated at almost $2,200.

Some items can be pricey, like the unique ancient human female effigy pottery found in Mississippi, which can be yours for $4,200. On the other hand, you need to set aside a modest $495 for a rare antique Mojave Indian pottery effigy produced around 1900.

Less complicated pre-Columbian pottery effigy pendants and pipes are worth $185, while bird effigy pottery found in Florida will cost you less than $400.

Since pieces made of clay are delicate and fragile, you are unlikely to find intact ones. Therefore, most artefacts you can find on the market are inexpensive replicas, and you can buy them for tens of dollars.

On the other hand, rare authentic but damaged Native American pottery available online is surprisingly cheap for such old pieces. For instance, you can buy a traditional Navajo Indians’ animal effigy red clay pottery bowl from the 1900s for about $400.

You should set aside the same amount of money for three antique pre-Columbian clay head figures produced before 1700 AD. On the other hand, one ancient terracotta figurine with bird’s feet can be yours for only $50.

The biggest surprise is a 6 inches (15.25 cm) high multi imaged Native American art piece made of clay that originated in a period before 1700. The owner estimates this item to be worth an unbelievable $50,000 without any guarantees of authenticity.

Effigies are objects Native Americans used in their everyday life, typically made of stones, clay, wood, bones, or shells. Since they were personalized items, archaeologists often find them in graves buried with other sacred objects. Most pieces represent human or animal’ faces as parts of tobacco pipes, ceremonial objects, or common vessels.