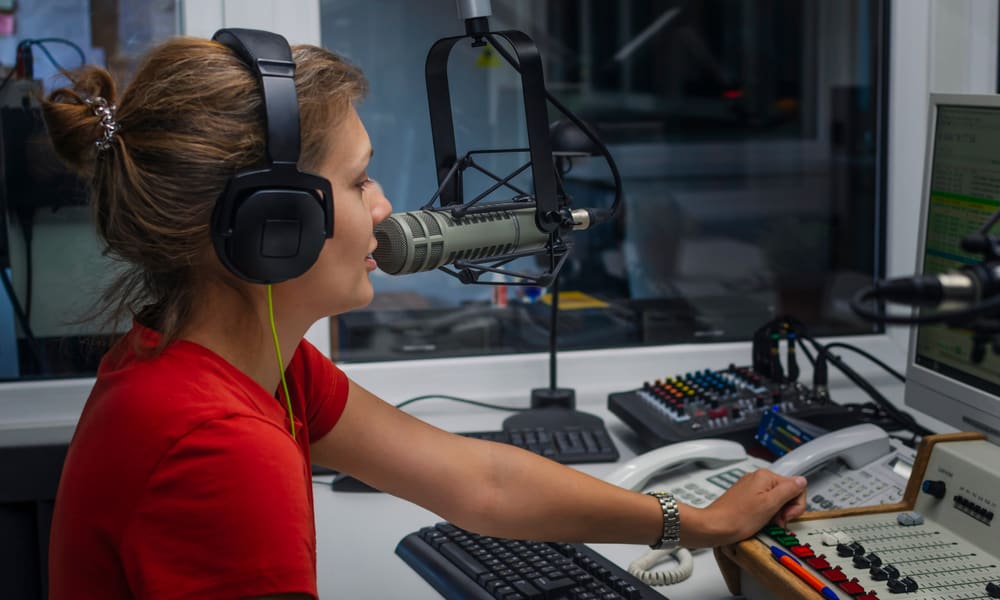 When our alarm sounds in the morning and we drag ourselves out of bed, there’s already someone chatting cheerily on the radio, playing music for us as we sip our coffee and keeping us entertained during our commute to the office.

Most of the time, our favorite radio DJs are an ever-constant presence, always there when we need them at different times of the day. But have you ever wondered about what they earn? If you have, here, I answer the question, how much does a radio DJ make?

Before reading on, if you want to know how to succeed as a radio DJ, check out this video to find out how not to do it – hint, this is not a real radio show!

Let’s start with a few figures. I did some research to find out how much radio DJs earn, and here are the results.

Finally, workingmother.com states that the median salary earned by radio DJs in the US is $35,469.

There is some variation here, but these figures suggest the average salary for Radio DJs is in the region of a little under $40,000 per year.

However, these averages don’t tell the whole story since there can be significant variation between the entry-level salary earned by a novice radio DJ in their first year and a veteran of 20 years’ experience.

For someone starting out, the salary they can expect to earn is around $25,000 – several sites are in broad agreement over this figure, give or take a thousand dollars or so.

Workingmother.com goes further, giving a breakdown of the kind of salaries radio DJs usually earn at various points in their careers, as follows:

These are the kind of salaries that can be expected by a regular radio DJ who starts off in the profession after leaving college and who then spends their whole working life on the same career path.

However, this is still not the full picture since radio – just like TV – also has its superstars and top earners, so how much can they earn?

According to chron.com, the highest earners can take home $60,000 per year – while payscale.com puts the figure slightly higher, at $70,000.

Compared to some professions, these numbers suggest that being a radio DJ is not the most lucrative position, but these are still highly respectable salaries.

Here are two other examples, both from the UK, that may be of interest.

First, in 2017, when the BBC began publishing the amount it was paying its top earners, breakfast radio DJ Chris Evans was found to be earning over £2,200,000 per year (around $2,800,000). This was roughly ten times the salary of then prime minister, Theresa May.

However, before taking up this position, Chris Evans was already a well-known TV personality in the UK and would be considered one of the BBC’s “superstar” DJs.

The second example, and another BBC DJ, Pete Tong is worth an estimated $33m. However, as well as working as a radio DJ, he is also a prominent club DJ and producer among other things, so his earnings have not all come through his capacity as a radio DJ.

That said, his presence on the radio over the last twenty years or so has certainly boosted his profile, maximizing his revenue streams from other sources.

What do radio DJs do?

So now we know how much radio DJs can earn, let’s have a look at what the job entails. After that, we can look at ways you can boost your salary while working as a radio DJ.

A radio DJ’s basic job involves playing music on air. Radio DJs should not be confused with radio chat show hosts or other people whose shows are not based around music.

Incidentally, radio show hosts earn marginally more than radio DJs – on average, around $45,471, according to payscale.com.

However, radio DJs do more than just play music. In between each song, they have to fill the gaps with conversation, and often, they do phone-ins or have live guests on their shows.

This means that, as well as having their finger on the pulse in terms of whatever style of music they play, they also need to be knowledgeable in a wide range of topics.

Furthermore, they also need to have a charming on-air personality, be able to think on their feet and never run out of things to say.

Factors that can increase your salary

If you want to earn more as a radio DJ, having a college education will help. Although this is a job that depends much more on your experience level – as well as on the quality of your programming – having a good education puts you in a stronger position for salary negotiations.

Similarly, having relevant certification related to your job will always mean you can demand a higher salary, as will any other relevant skills you have acquired.

However, the main thing that will affect your earning power is your experience and how many years you have been in the job. Somebody who has been in the game for 20 years should be on a much higher salary than a raw novice.

That said, ratings also count, and if you have a hit show with lots of listeners, you can also demand a pay packet to match your status.

Do it for the love of the music, not the money

Radio DJs often have to work unsociable hours and always have to be bright and cheery. If you go to work feeling tired or just down, you have to be able to flick a switch and turn it on as soon as you go on air – you can’t afford to have even one off day.

Furthermore, radio DJ positions are dwindling as radio is being replaced by other sources of information and entertainment, such as podcasts and apps like Spotify that allow you to choose your own music.

Radio DJs can earn a decent living, but this is not among the best-paid professions either, so the best advice is, if you want to be a radio DJ, do it for the love of the music – not because you want to get rich.

1 thought on “How Much Does a Radio DJ Make?”