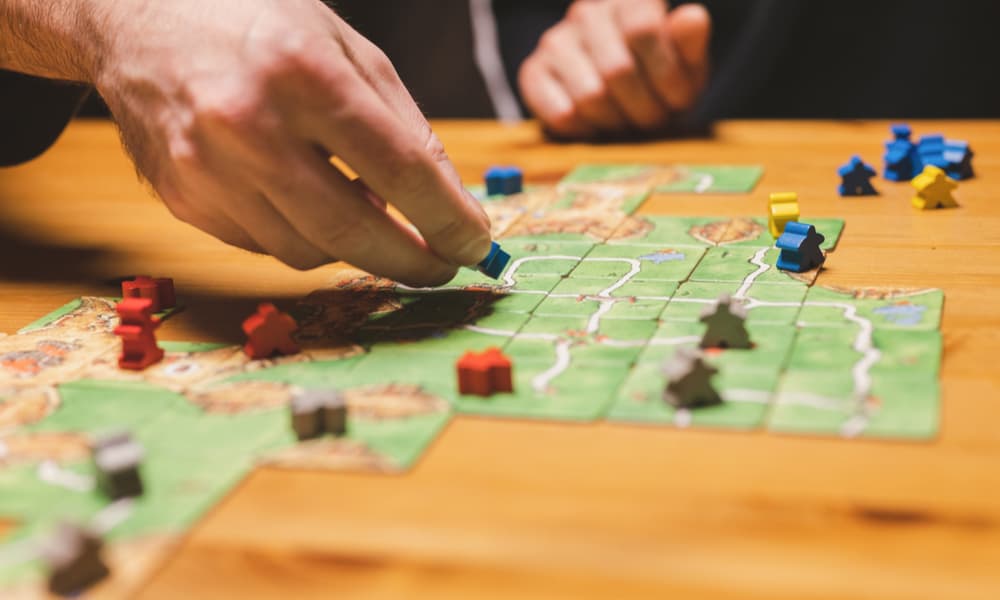 Most children enjoy playing board games, and some continue this activity when they get children of their own. However, only dedicated collectors know how expensive and complicated to reach some board games can be on the current market.

Maybe it is time to check your grandparents’ cupboards and attic since it is possible to find one of the vintage board games worth money there. Interestingly, some favorite types are the hardest to find in the mint condition nowadays since children have played with them for years. 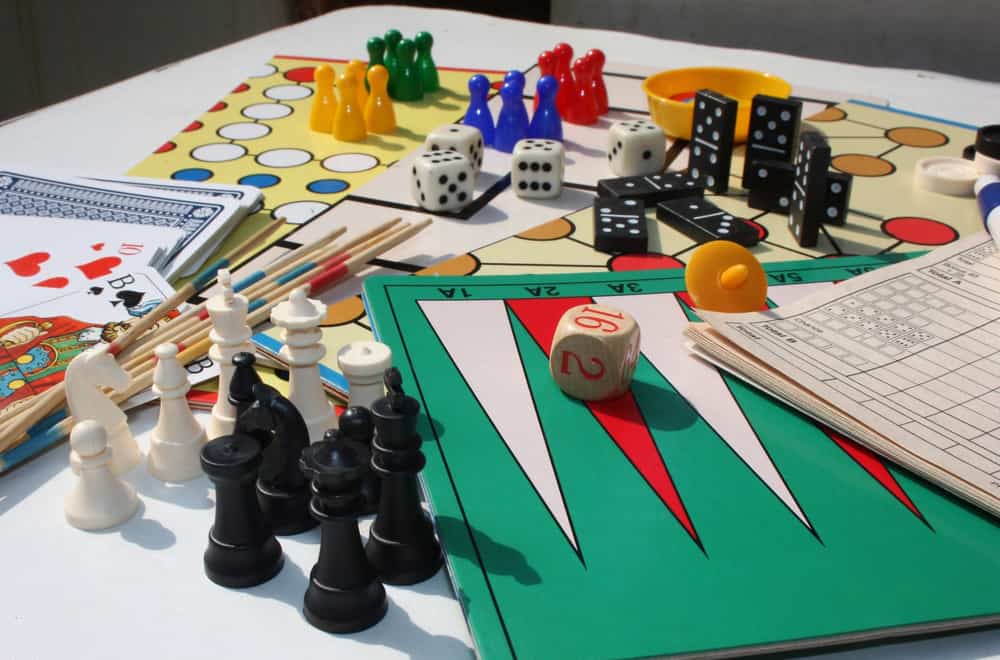 You should check a few crucial things when choosing the board game. They will make a difference between an uninteresting piece and a favorite collectible.

As you can guess, a perfect board game’s box and pieces’ excellent condition significantly increase the board game’s value. While a complete set with all components can be worth $1,000, you will get only $100 if something is missing.

Even though collectors often accept the rarest vintage board games in any condition, they will set aside multiple times more only when all pieces are intact. Remember that the set in the mint state always brings a high premium.

It is not enough to have an old board game to make it expensive. Old ones produced in the 1800s and before the 1930s are typically costly since they were created of wood and paper that typically wore out over time.

On the other hand, popular games like Scrabble and Monopoly produced in the 1950s are inexpensive because almost everybody has them. The only exception is the first made Monopoly copy.

Obviously, top-quality board games will be pricey. On the other hand, most quality but mass-produced types are inexpensive.

Some board games are costly despite their age or condition. Sometimes, cultural popularity connected to favorite sports, music, or movies is highly demanded at auctions.

For instance, the game based on the cult television series Lost in Space was sold for $450 in 2013, although the original version came from the 1960s.

There is one way to check whether one board game is popular. If half or more random people you ask have heard about a particular game, it is popular and probably cheap.

The only exception is rare special editions or those containing expensive components. On the other hand, an entirely unknown game means low popularity, so it is probably worthless.

A board game’s theme is essential for most collectors in determining its value. The pop culture themes, including sports stars, television shows, movies, and cartoons, are the most desirable for games from the 1960s and 1970s. The reason is the collectors’ profiles who prefer them.

Board games of particular genres, like war games, are typically more expensive. The reason is low popularity, resulting in lower production.

Most collectors look for highly detailed pieces or those based on particular events. The rule of thumb is that the most expensive games are based on a specific war or battle.

Another popular group is miniature games, like Warhammer 40,000, with numerous tiny figures for gameplay.

Deluxe board games are always expensive since their initial price was high. For instance, you need to set aside at least $5,000 for the War of the Ring Collector’s Edition.

Another top-notch game is a Trivial Pursuit’ ritzy version designed with silver-edged cards worth $4,500 to $7,000.

The most expensive is Swarovski Scrabble with a crystal-encrusted board that will cost you about $20,000.

Vintage board games are valuable only if they are rare. It depends on the number of sets produced and released to the market. That explains the high prices for board games that appeared during the 1990s in low circulation.

On the other hand, Monopoly sets manufactured in the 1950s are almost worthless because of high mass production.

Numerous board games failed to become popular and were never re-released, resulting in a limited number of copies. Interestingly, they often have fans prepared to pay for a set in the mint condition. Some of the forgotten gems worth $200 to $300 are Dark Tower and Fireball Island, produced in the 1980s. 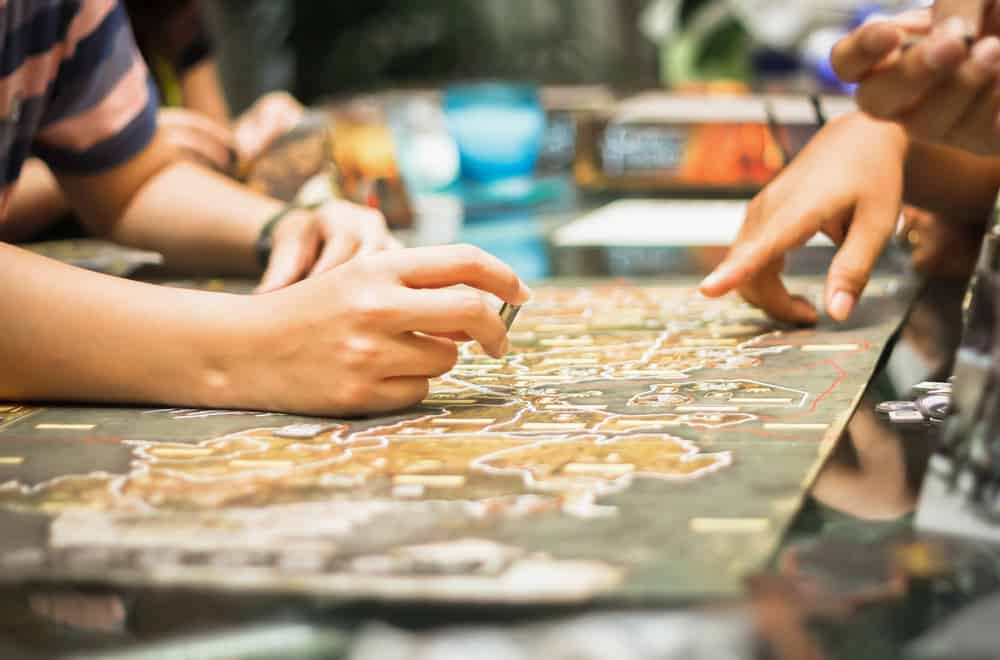 Board games for adults and teens are typically more expensive than those created for children. Children’s games are mass-produced products, and adults buy them because of nostalgia. Since companies often reprint popular games, they are cheap and only somewhat popular, while never reprinted games can be costly.

Some collectors believe that strange is better and enjoy some really bizarre board games. Since they are always produced in limited edition, you can’t find many copies on the market, making them pricey.

Some collectors pick out board games in excellent condition with a gameboard or box representing incredible artwork. They don’t care whether the game is quality or not, and the only criteria are its age and excellent look. 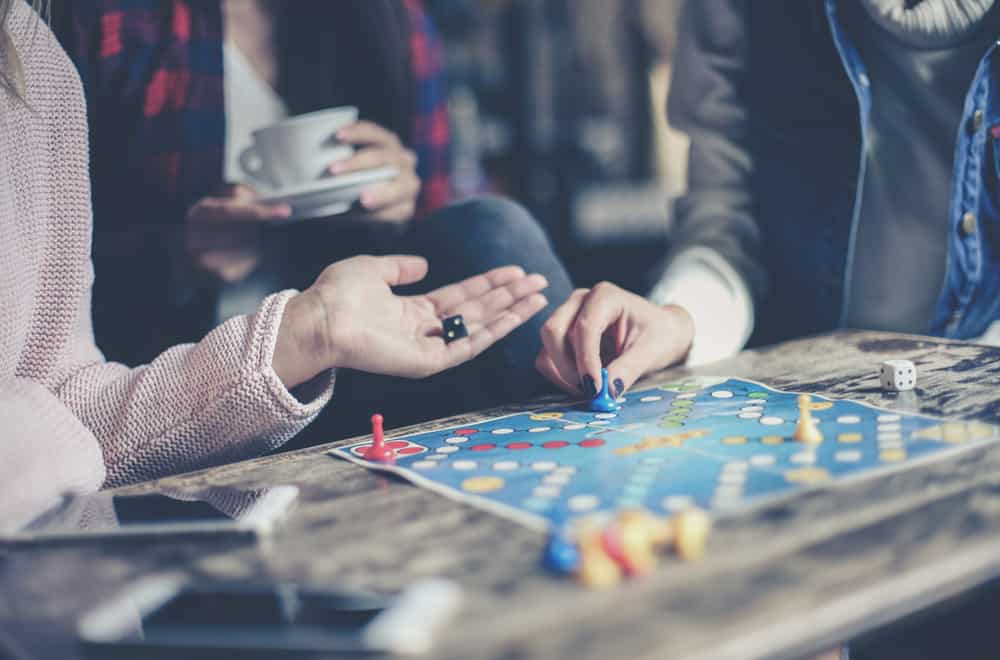 Many collectors appreciate some board game designers’ work and prefer buying their products. However, only rare designers have collections with all games of high quality, and they typically make them in limited runs.

Others create games for a limited audience and avoid mass-production, so you can expect their products to be quite expensive.

Sometimes publishers can affect board games’ prices, particularly those who created games during the Great Depression. Plus, creators’ names well-known for making fun or high-quality games drive up products’ prices.

The game price can significantly vary depending on where you try to sell it. For instance, you can get only a few bucks for a game at a thrift store, but it can be worth at least $50 at an online auction. Cult followers often ignore generic auction sites but are prepared to pay much more at the right website or Con.

The Most Popular and Expensive Board Games Worth Money 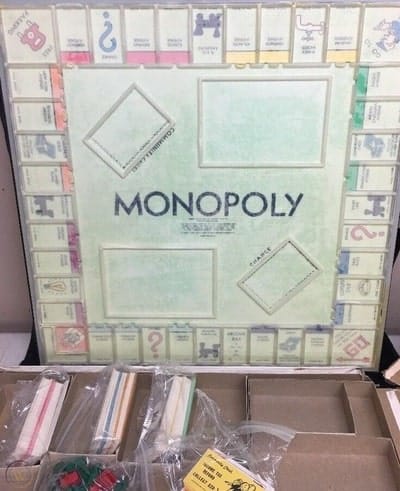 The rare Trade Mark Edition White Box #9 started production on August 31, 1935. Nowadays, it is typically worth $895. 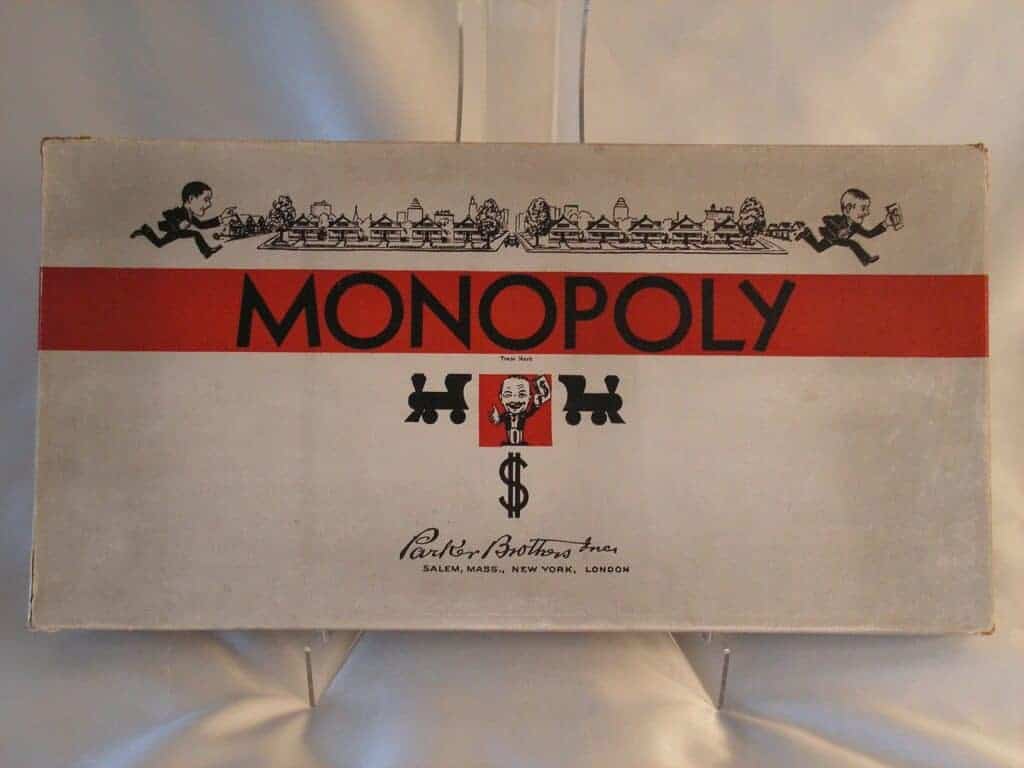 On the other hand, one collector paid $150,000 for the original handmade edition manufactured in 1933 at auction. That piece made the inventor Charles Darrow himself. Other mass-produced editions are pretty cheap. This board game is basically the old Monopoly version. Elizabeth J. Magie got the first patent for this educational toy in 1904, and the game name stayed the same until the 1940s. The original version created in 1903 was sold for a whopping $50,000. 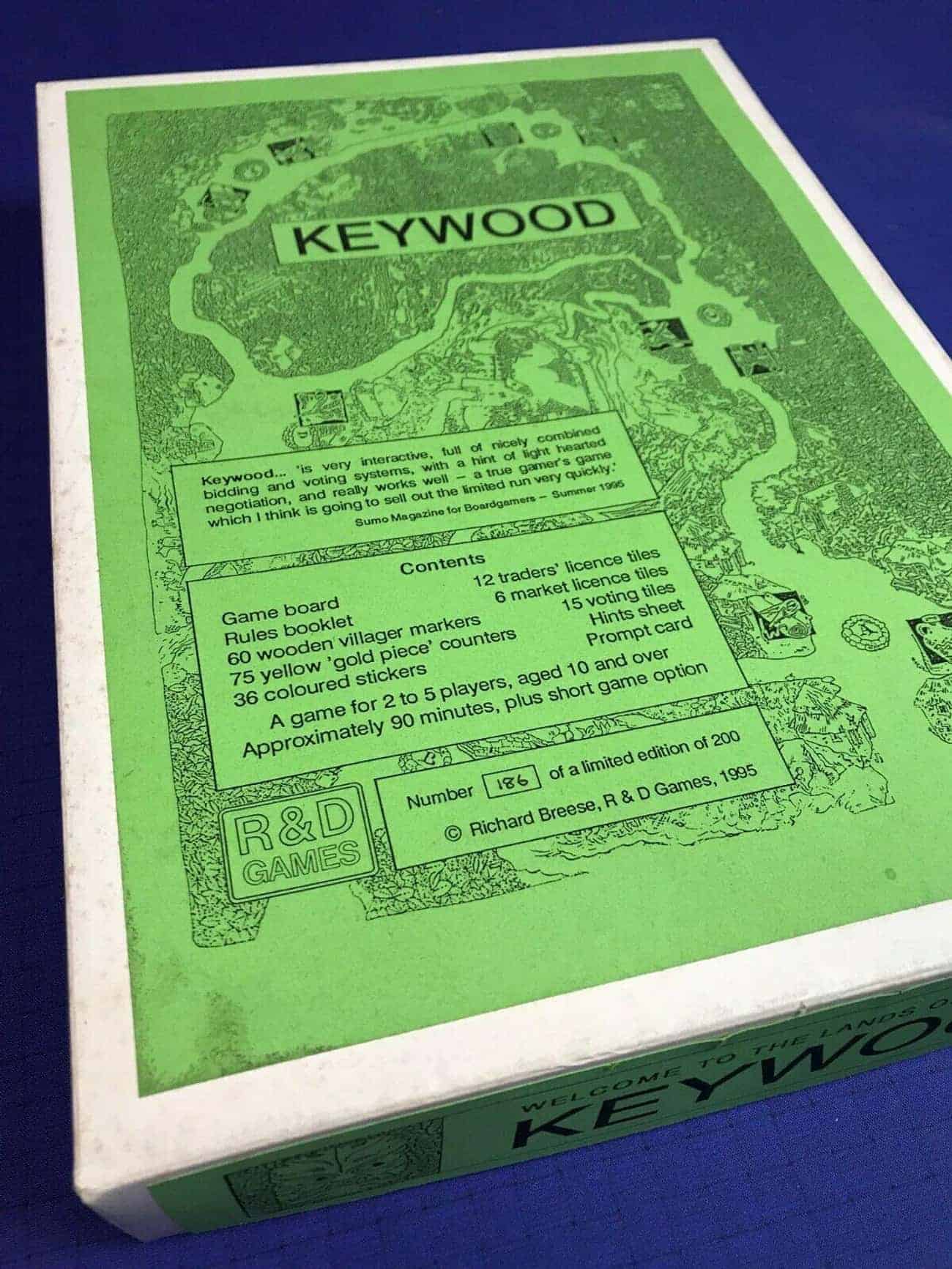 Keywood from 1995 sometimes reaches $800 at auctions. Its value is high since it is the first part of the KeyFlower series, and only 200 copies were released on the market. This board game produced in 1957 featured 18 perforated cards with baseball players the player could assemble and unfold. Only those who collected all cards could get a paper game board. That is why it is almost impossible finding it entirely intact. 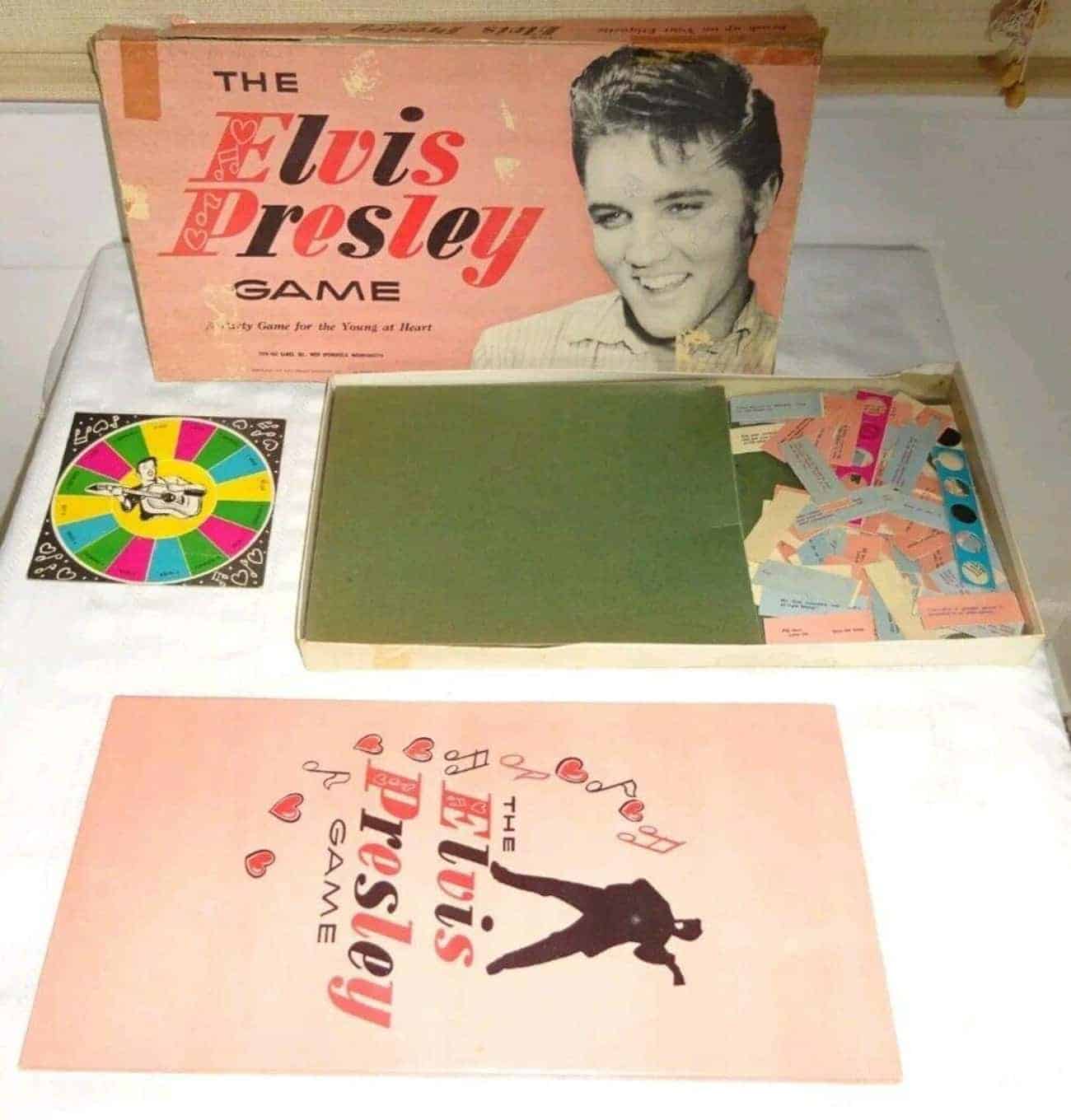 The Elvis Presley game from 1957 with 110 question cards was a tribute to his music. It is worth $650 to $2,150 nowadays, depending on the condition. Unfortunately, it can be tricky to find a decent copy. 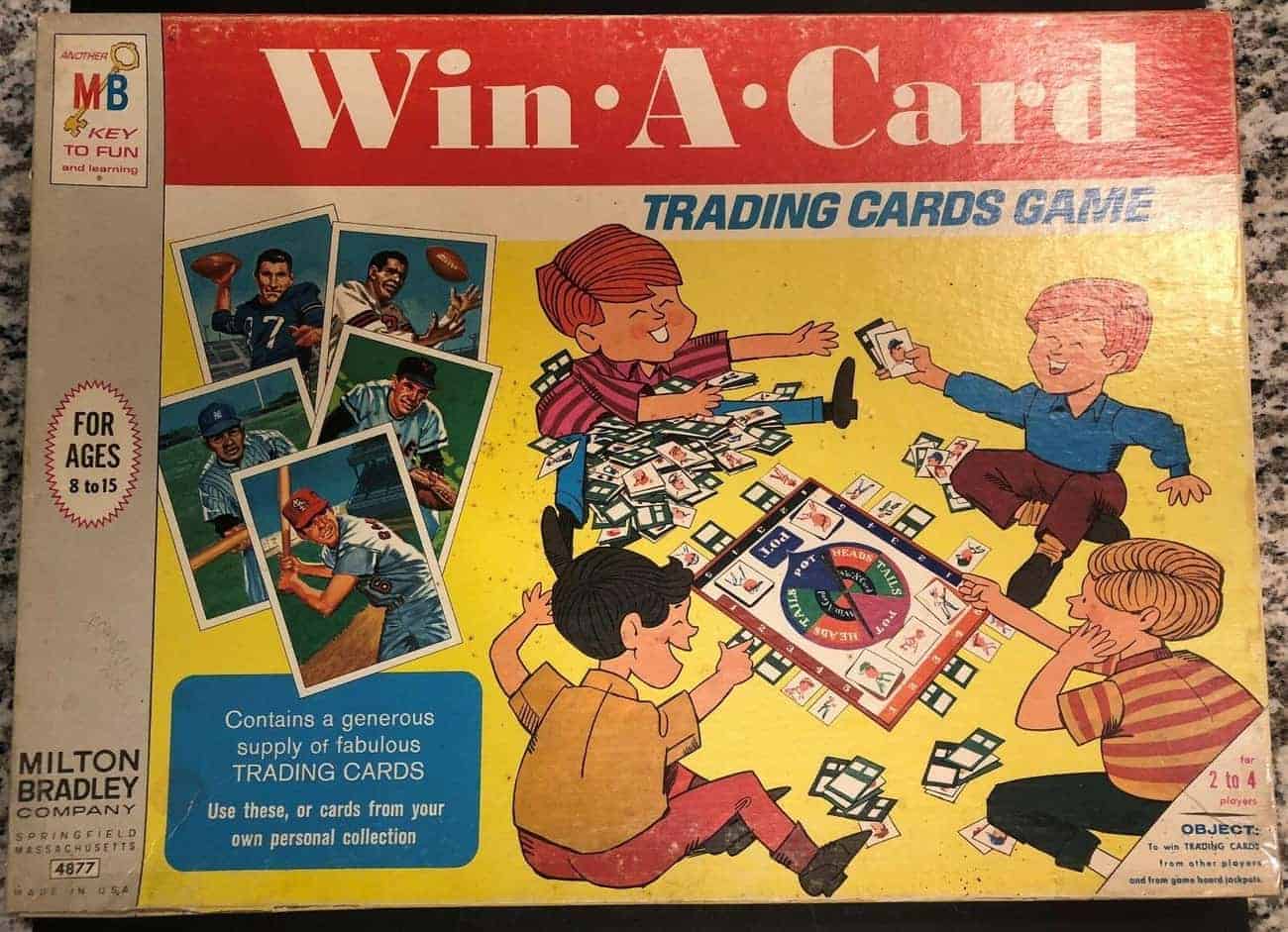 Milton Bradley created this game in 1969 with Topps baseball cards from the previous year. Those cards are highly collectible, so you should set aside at least $1,795 to get a set. 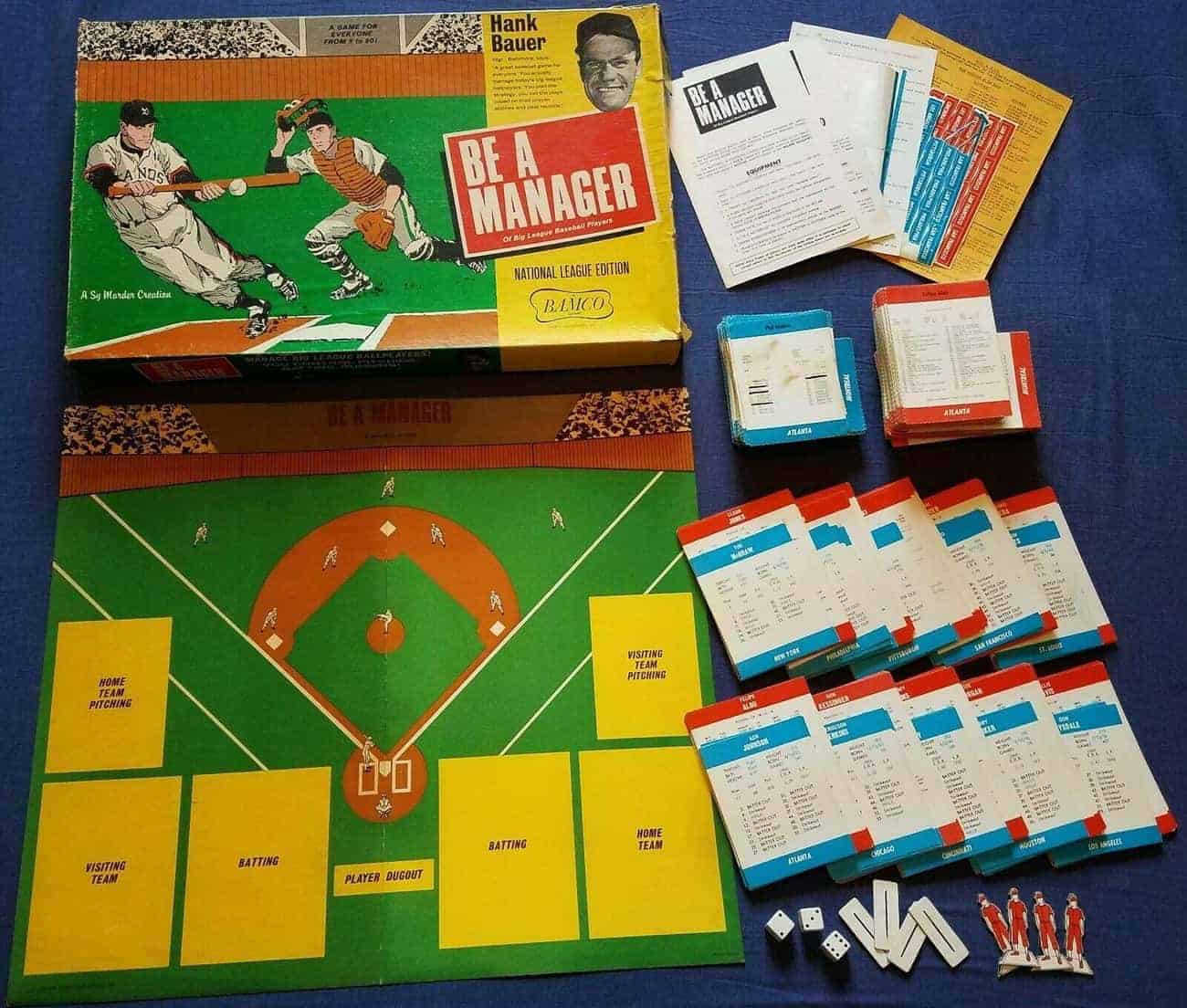 Many collectors are prepared to pay $1,500 for this rare game produced in 1967. It showed the sport and the way of winning the game from behind the scenes, making it highly popular. 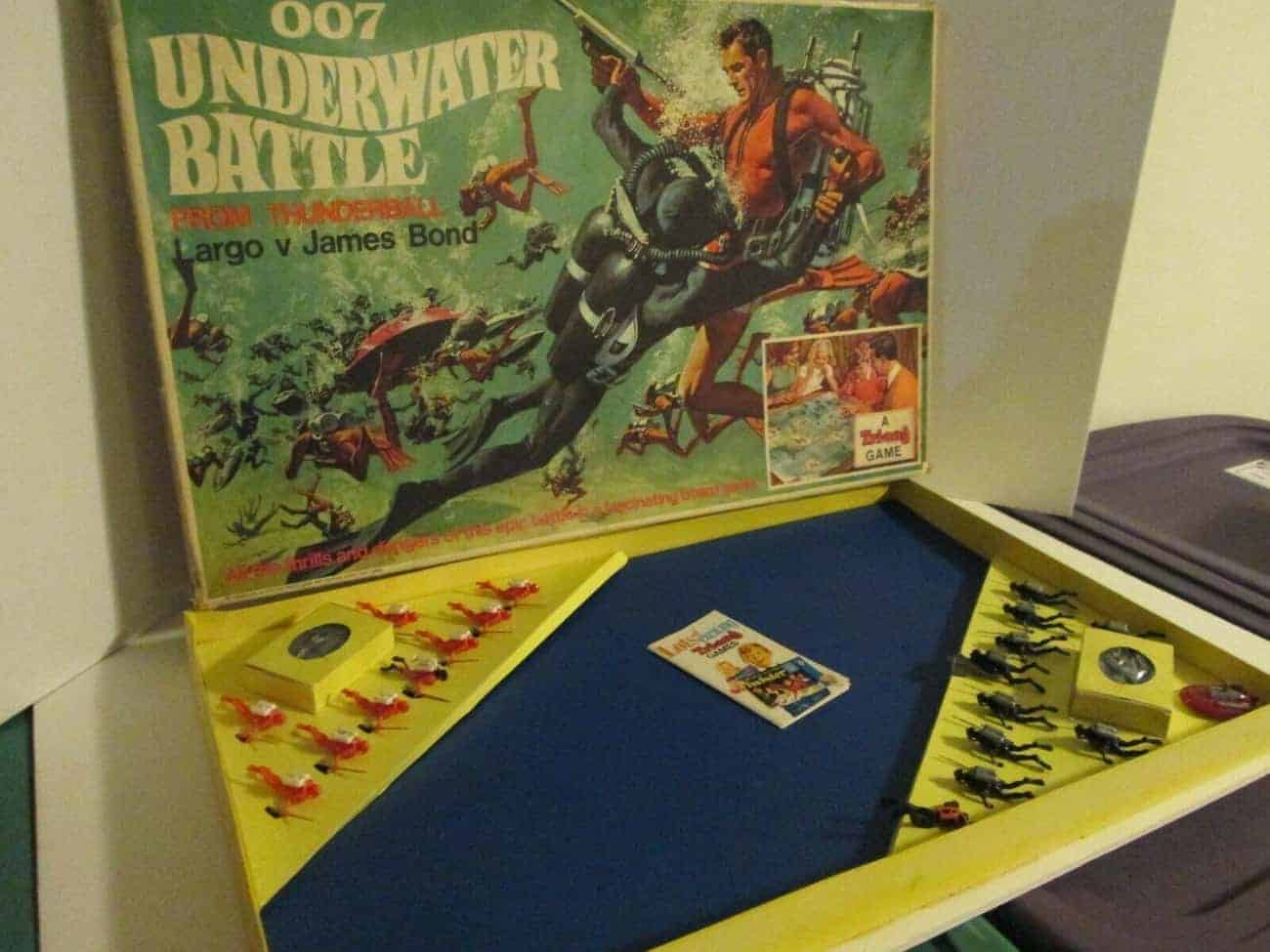 This game based on the underwater battle sequence from the Thunderball movie is worth $1,300. It was created in 1966 to help sell the film and came with easily breakable parts, making it rare nowadays.

The Shadow was a popular radio show in the 1940s, and the game appeared soon after the broadcast began. Since it is vintage and difficult to find, you can expect to pay $1,500.

The original game appeared on the market in 1976 as a WWII start simulation. This version is worth $200 to $400 on the current market. The second edition came out in 1999, and you should pay for this rare board game $435 nowadays. 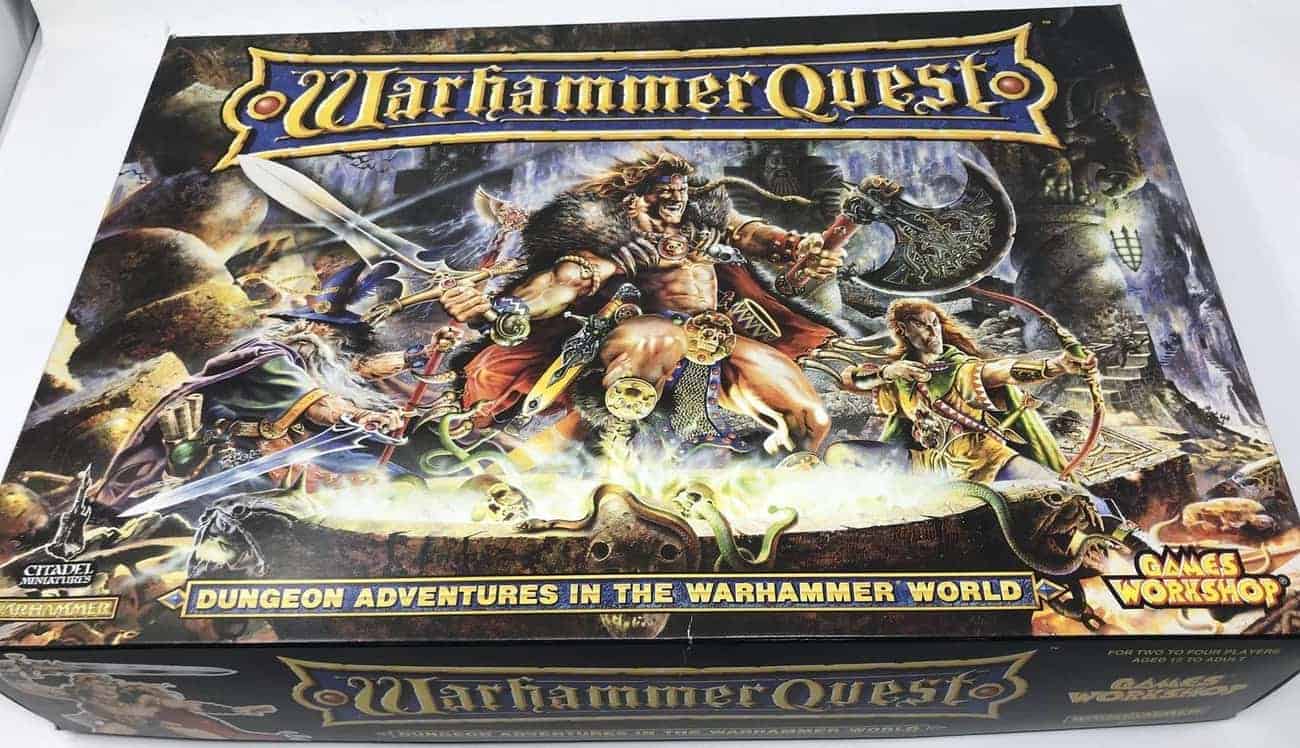 Collectors are prepared to pay about $700 for the Warhammer quest from 1995. This game was expensive when coming up for the first time, plus it is tricky to find a complete set with all pieces nowadays.

12. The Checkered Game of Life 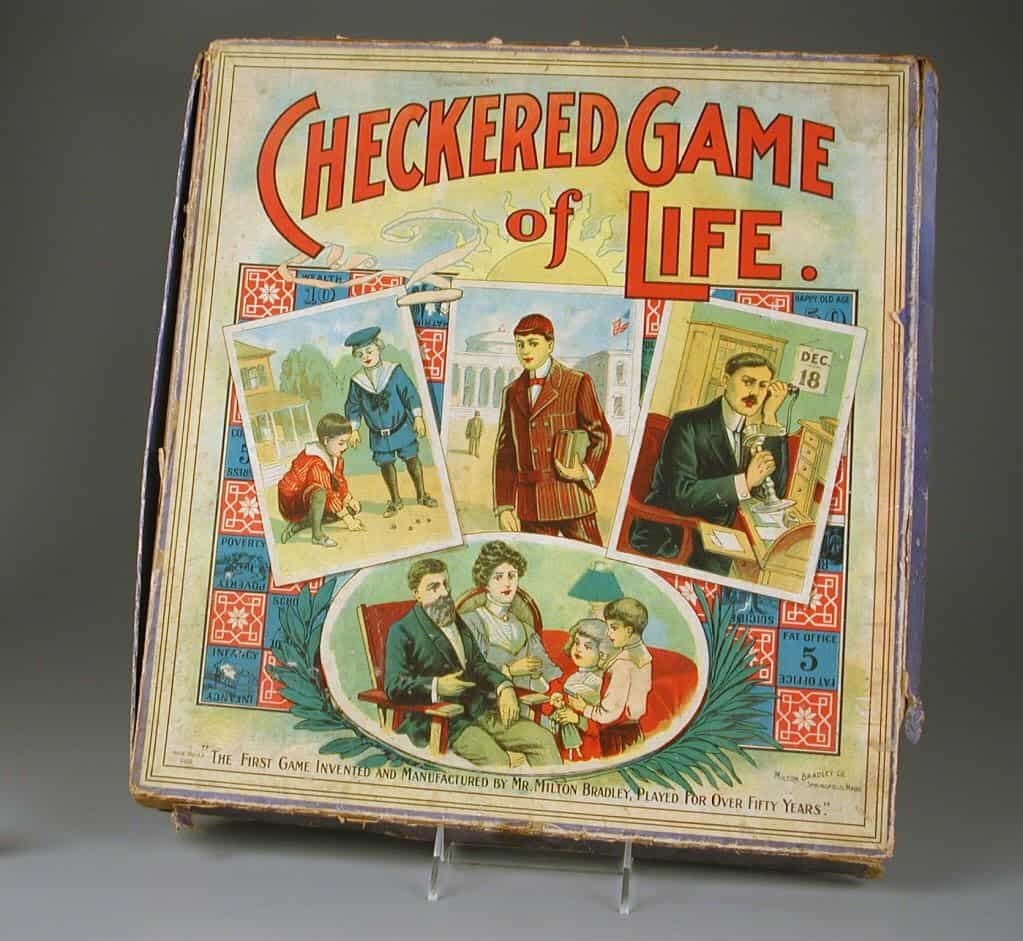 Designer Milton Bradley created this classic board game in 1860. Even though you can find numerous redesign sets that were more popular than the original, this antique game is typically worth a few hundred dollars. 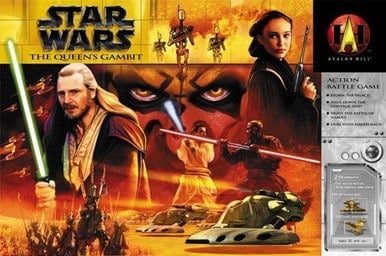 This game, published in 2000, was focused on the Star Wars Episode I plot. It is a popular strategy game with battles worth about $600 to $1,000 on the current market.

14. War of the ring collector’s edition 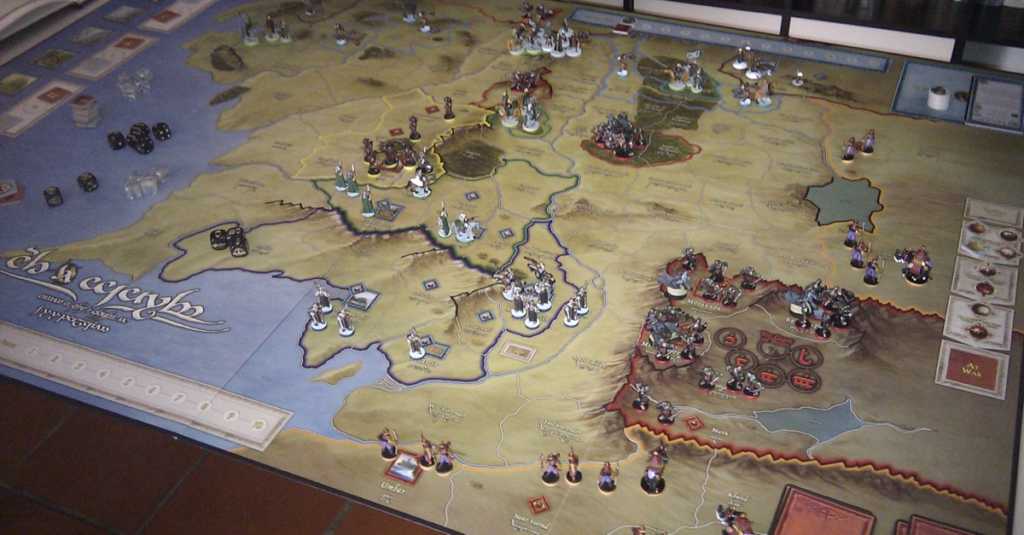 As you can expect, this collector’s edition board game is expensive, and you should set aside $1,000 to $5,000 for a set. The trick is in only 1,000 produced copies with hand-painted pieces. The Risk was the board game that introduced an entirely different take on gameplay when released in 1957 for the first time. You can find themed Risk games, like The Chronicles of Narnia and Star Wars, but the Risk 40th-anniversary edition was created in limited number in 1999. Its estimated current value is from $250 to $550. It is a battle simulator board game with ships’ copies from the actual Trafalgar battle. You can find a few versions, but the one Roger Cormier created in the 1960s in 450 copies is the most pricey.

The game comes with a board and markers instead of ships but without a box. It is fun and rare and typically costs $1,000. Even though this board game is not vintage, it is costly since it represents the 10th Anniversary Edition of the original game issued in 2005. Since it won numerous awards from 1995 to 2015, the price of $850 to $1,000 is expected. 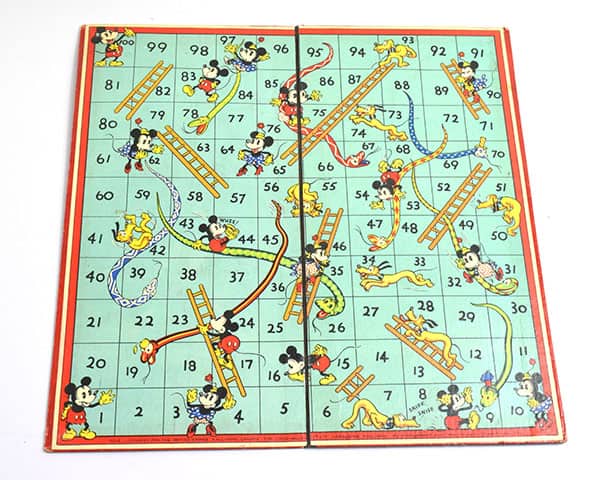 This Disney version from the 1940s is worth approximately $500. The company took an idea from an ancient Indian game and successfully turned it into a branded product. Nowadays, this rare piece with historical significance is one of the favorite collectibles. Waddingtons produced this vintage board game in the 1970s. Each player’s goal was to earn money, but you could do it in reality if you had one well-preserved set. One was sold for $1,624.35.

20. The mansion of happiness This rare historical board game dates to the early 1800s. Its initial purpose was to teach kids about desirable moral conduct. The hand-colored eight-sided board with game pieces made of ivory is worth $1,250 on the current market.

Most people like playing board games, and only several admirers have kept them safe for decades. Such a decision paid off these days since several types can be worth a lot of money. Your best option is to check your grandparents’ house and maybe find a genuine gem in the box.