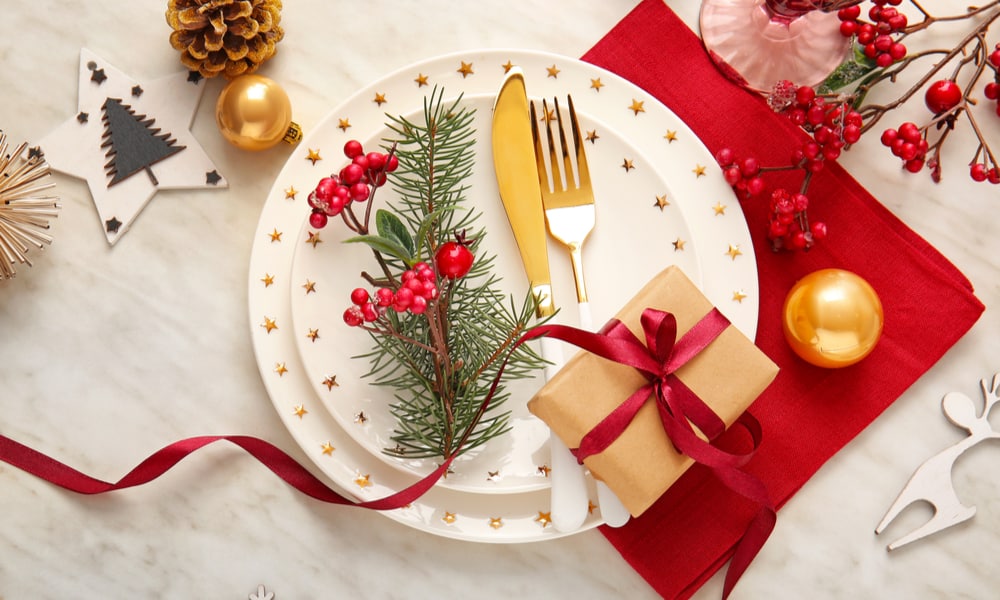 Antique reality shows have a lot of us digging out our grandparents’ treasures and turning them into cash. But like all things in the capitalist economy, supply and demand matter. As a result, a few years ago, valuable Hummel plates could go for thousands of dollars or more.

Today, you might get $50 a piece, though you can check Hummel price books to get some idea of what they’re worth. But remember, the book only records Hummel values from the year the book was published. Still, let’s check a few popular online Hummel plate listings.

Most Valuable Hummel Plates Worth Money

Hummel’s little angels were first drawn by a Bavarian nun named Berta Hummel, whose chosen name was Sister Maria Innocentia. They were mostly cherubic kids with religious connotations. In 1935, she partnered with Goebel to make her cute characters into figurines.

Although the Sister died young (at age 37), her legacy lives on through Hummel collectibles. And on their 100th Anniversary, Goebel released a commemorative Goebel plate based on the Heavenly Angel. It still counts as one of the most valuable Hummel plates on the market.

Before Berta took her vows in 1934, she studied at the Munich Academy of Fine Arts. And after her death, her fellow nuns at Siessen Convent continued to manage her estate. This includes performing quality control inspections on Hummel items and accepting proceeds.

When Goebel released the Heavenly Angel plate in 1971, it was intended as a one-off. But the plates proved so popular that the company continued to release one a year until 1995, then from 2000 to 2004. They also produced other porcelain plates that ran in themed series.

You may wonder why Sister M.I. was so interested in drawing rosy-cheeked children. We might never be sure, but we do know she taught kindergarten as part of her duties at the abbey. She joined up with Franz Goebel and his family business, W. Goebel Porzellanfabrik.

It’s easy to tell whether vintage crockery was intended as a table plate or a cabinet plate. The latter set was decorative and often had a design in the middle. They were meant to sit on a display shelf and weren’t used for eating. Some even had mounting holes to hang them with.

Apart from the Annual Plate series, Goebel released a set of Hummel plates that they dubbed their Christmas series. These kids were mostly painted flat on cabinet plates, but they were sometimes embossed in relief so that their figures were visibly raised off the ceramic surface.

When Berta died, her mother Mrs. Viktoria Hummel became her official heir. Together with the Siessen Sisters in Saulgau, they administered the Hummel Estate, approving art for sketches and issuing licenses to partner companies, namely Schmid and Danbury Mints.

While Goebel only released one Hummel plate a year, they sometimes did a re-release for a certain market. The Heavenly Angel plate, for example, had a limited edition for staff, inscribed with a ‘Thank You’ note. Then they had an American version with mounting holes.

Online auction lists like ours are useful when you’re seeking pieces to buy. But when you want to price a piece you already own, try the Advanced tab on any eBay listing. Filter your search and focus on ‘Sold Listings’ by brand, year, and model. Those rates are more realistic.

Authentic Hummel plates have a Goebel maker’s mark and a Hum Number on the back. The logo came in seven different styles, making it easier to confirm the release date on plates that are not part of the annual collection. And all Hum Numbers were listed in official catalogs.

Licensed partners had a slightly different logo but they were just as detailed. Specifically, Danbury Mints in Switzerland produced plates with vibrant full-color backgrounds and golden rims while Schmid in West Germany produced Christmas plates with a pale blue rim.

Hummel Plates were segmented into 8 separate series – Annual, Christmas, Friends Forever, Four Seasons, Celebration, Music Makers, Home Makers, and Century. Some pieces were renamed for various markets, so you might see ‘Congratulations’ listed as ‘I Congratulate’.

Or you might find the same character described as ‘Little Gabriel’ in one version and ‘Joyous News’ in another edition. Sometimes, the word ‘little’ was taken out of newer editions. Other examples are Goose Girl aka Little Gooseherd, and Worship aka Devotion, or At the Wayside.

Little Cellist – sometimes called Musician – was a popular part of the Music Makers series of Hummel plates. And beyond the 8 series and 3 sizes, there was a special selection of larger 10 ¼ inch plates to mark the 5th, 10th, and 15th anniversaries of the Annual Plate Collection.

Beyond their size, these Happy Anniversary plates can be distinguished by their ribbed rims. Meanwhile, the Christmas series that ran from 1995 to 2000 had distinctive pastel-colored rims with five stars on the upper rim and either two (1996) or four stars on the lower rim.

M.I. Hummel designs (i.e. Maria Innocentia Hummel) were patented, and in the 80s, they licensed Danbury Mint in Switzerland to release their own selection of Hummel plates. They used the same characters, but the Swiss plates had a gold rim and a colored background.

This differentiated them from German-made Hummel plates, which were plain white with a ring of embossed stars around their rims. You may also find licensed Christmas Hummel plates by Schmid & Co. These were white with a star-less blue rim. Here are some examples.

The first Hummel plates – the annual ones – were 7 inches in diameter. The company later released 4-inch versions with a brown rim, no stars, and no year on the front. Then they released their smallest 3 ¼ inch plates, which had stars painted around their brown rims.

The company also sold a maple display shelf that was intended for your micro-plate Century Collection. They released 12 micro-plates in total, and the shelf had slots for each one, with the year painted below. You could also buy a 25-slot shelf for the 1997 to 1998 collection.

You might spot a Hummel Plate that has an inscription next to the character’s feet. It looks like M.J. Hummel but as we saw earlier, it reads M.I. Hummel for Sister Maria Innocentia. The font causes some confusion, so you’ll still hear people praising ‘M. J. Hummel’ pieces.

The signature was written in a few key ways. It might be carved on a colorless ribbon-like pedestal. Or a curved inscription might appear beside the little boy or girl. Some pieces even have B. Hummel painted by hand in a cursive script. Danbury and Schmid weren’t signed.

If you’d like to raise the value of your Hummel Plates, you could try selling them in sets. Two top contenders are the Apple Boy and Apple Girl and the Umbrella Boy and Umbrella Girl. Selling them in pairs gets you a far better price. Or sell a plate with its matching figurine.

Another idea is to sell a set of consecutive years. If you have the original box, you can hike the fee by anything from double to ten times and people will still buy. Cracks lower the price though. Still, these plates make great gifts, so you could buy one from someone’s birth year.

The Four Seasons Series of Hummel Plates ran from 1996 to 1999. There’s a plate depicting each season, and you can instantly recognize them because their brown rims have vertical scallops that rise off the surface. But you may notice the year at the back seems to be wrong.

This is because mini plates follow a different identification system. So sometimes, the year at the back tells you when the character (or its figurine) was created rather than when the plate was released. That doesn’t necessarily mean your Hummel Plate is fake, so don’t panic just yet!

As you can see, there are lots of different ways to authenticate Hummel Plates. Here’s another example – plates from the Celebration Series ran from 1986 to 1989. These four plates were 6 ¼ inches and had a dotted rim instead of the earlier stars and the later florals.

If you sell them separately, each one will list for $30 to $50, so it’s best if you collect all four and package them as a set. Plan B? Get Valentine Joy (the boy) and Valentine Gift (the girl). List them as a matching pair and you could get two or three times the price of single plates.

Sister Maria’s characters include little boys, little girls, and their animal friends. But the Hummel Plate series were sometimes gendered. The four Music Maker Plates (1984 to 1987) were all boys while the Home Maker Plates (1988 to 1991) were all girls, including this one.

You’ll hear experts say Hummel Plates only came in two official sizes – full (7″) and mini (4″). True. The 3 ¼, 6 ¼, and 10 ¼ were special editions and are tough to find. This mini sweeper has the distinct white double-rim molding design that’s signed beneath her feet.

In the antique world, errors can sometimes raise the value of a piece. But it has to be the right type of mistake. In Hummel plates with stars, you might get a lovely surprise if you count them. Some were sold with fewer stars and mostly destroyed, so they’re worth a lot!

Specifically, the plates released in 1973 had 32 stars instead of the usual 33, so look out for that. Hummel Plates have round logos marked with the year, Hum Number, and a TMK Number, which marks the plate series (except for the three 10 ¼” Anniversary Plates). These gold-rimmed pieces are official museum reproductions. They’re not original Hummel plates.

Goebel took a break from releasing annual plates in 1995. When they resumed in the year 2000, they started with a limited edition millennium plate that had a starry rim. They then released 5 more annual plates that had embossed flowers instead of stars along their rims.

These ‘newer’ plates are much harder to find. But in 1996, a set of 25 reproductions were released. They re-introduced Hummel Plates to the public but since the trading bubble had burst, they were priced low to invigorate interest. These ones are all in their original boxes.

Do you have any tips for finding valuable Hummel plates? Share them in the comments!