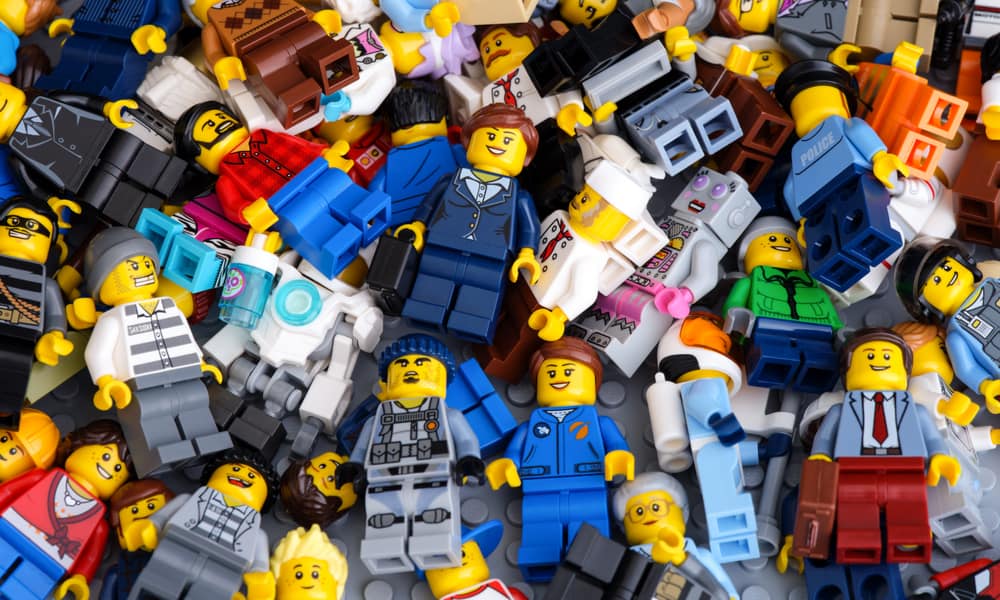 Well, it’s time to add more fun to your toy collectibles. Yes, you might see them as simple toys. Most LEGO minifigs have crazy prices.

LEGO firm began to make minifigs to explore the adult market. Today, buyers yearn for them because of their fine finishing.

These minis here represent movie stars, Comic-Con exclusives, and prototypes. It’s not easy to get some of them today because of their rarity.

The prices vary with the minifig’s state, subject, and rarity. So, let’s jump into the list of the 16 most valuable Minifigures. 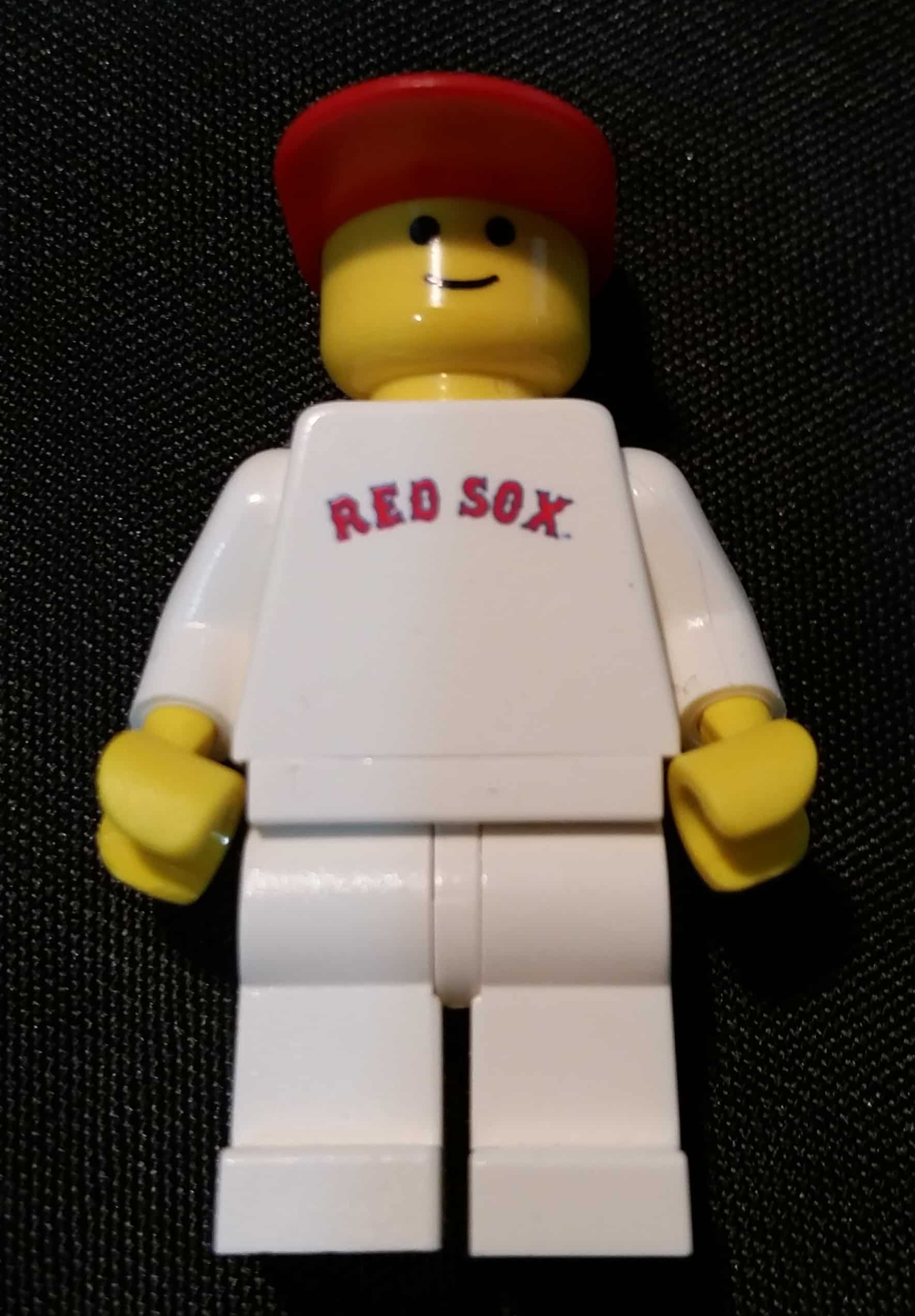 The Red Sox minifig will give you a taste of owning the famous Red Sox jersey. It’s an item that will provide joy to you if you love baseball.

The minifig has a shirt with a Red Sox label on the front. Expect to see the LEGO logo on the back.

Also, the item comes with a red baseball cap. You’ll see that the body is yellow with a smiling face.

Today, many fans of the Beantown baseball team own the minifig. Here are the other vital specs. 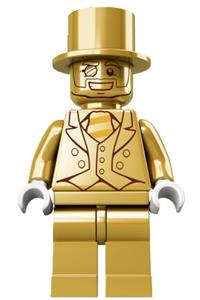 You’ll love the quality and value of this gold minifig. The Mr. Gold exclusive mini can give you a great fortune when it’s in a crisp state.

LEGO launched the minifig together with other 16 collectibles. Remember, the items came in a sealed opaque bag. So, you couldn’t tell what was inside the bag.

Also, this Mr. Gold minifig has a suit, top hat, and a monocle-wearing. You can use it as your office’s décor.

The minifig is rare because LEGO only made 5000 pieces. Read on to see the other specs. 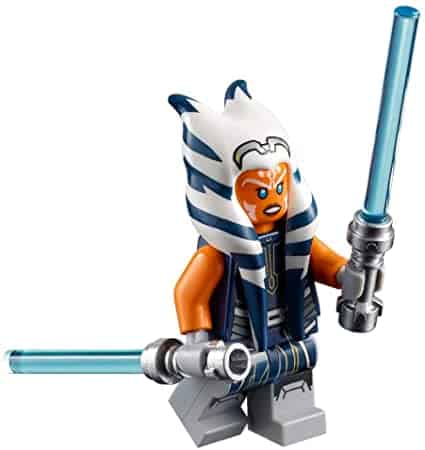 Expect his face to have beautiful art. The mini also comes with Tano’s weapons.

LEGO packaged the item in a clear plastic bag. Like many other minis, it’s an excellent toy for kids 8 years and above.

Your list of collectibles will have more value because of this mini. So, here are the rest of the key features to know about the Adult Ahsoka Tano minifig. 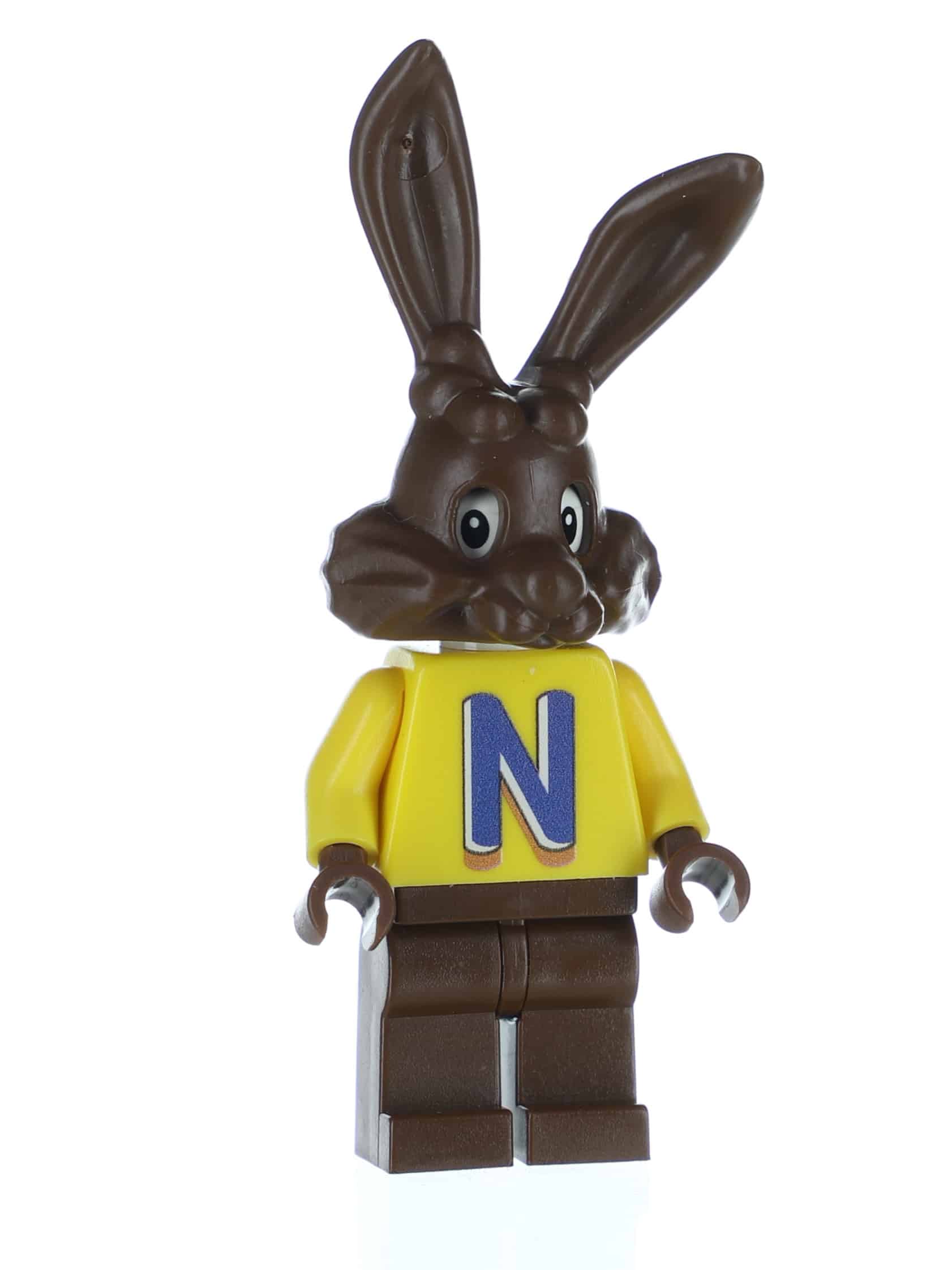 The LEGO Nesquik Bunny minifig will add significant value to your collection. Also, it’s an adorable item that your kids can use as a toy.

This fig has a brown body and T-shirt with “N” in front. Also, expect the minifig to have ears that aren’t the same size.

It’s one of the rare LEGO minifigs on the market today. Ensure you take proper care of yours if you own one. Keep reading to see the rest of the mini’s critical features. 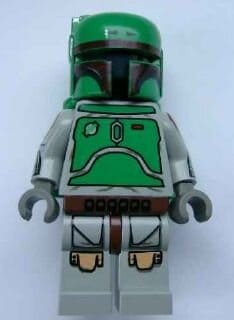 Who wouldn’t wish to own one of the best minifigs of the Star Wars movie? Here, you’ll get the minifig of Cloud City’s hunter, Boba Fett.

This minifig was part of many sets like the famous Cloud City I Playset. Sometimes, you can mistake the item for the Boba Fett without arms and legs.

Expect this minifig to have a green helmet and print of the green vest. Its legs and arms are grey. Take a look at the other vital features. The “Build-A-Bilbo” was one of LEGO’s best promos ever. It was during The Hobbit movie release at San Diego’s Comic-Con.

You’d first pick a unique woven pouch, the minifig’s hair, and a Comic Condor map at the event. After that, people chose the rest of the minifig’s parts.

After picking and setting the parts, you’d own a Bilbo minifig. Later on, LEGO released the item in the Hobbit set.

Today, owning the minifig gives you honor as a collector. Here are the vital facets of the Bilbo minifig. You’ll enjoy this minifig if you love the Teenage Mutant Ninja Turtle comic. It’s under this movie’s playset.

Here, you’ll get the Dark Leonardo’s image. You can also call him the Shadow Leo.

LEGO launched the item at the New York Comic-Con. Expect it to have a black-gray body. The minifig’s shell is brown.

Also, the minifig comes with Leo’s famous NYCC skateboard. Besides adding value to your collectibles, this item can be one of your best toys.

Remember, LEGO only made 500 pieces of this minifig. So, today it’s rare to get the items. Keep reading to see the rest of the key specs. 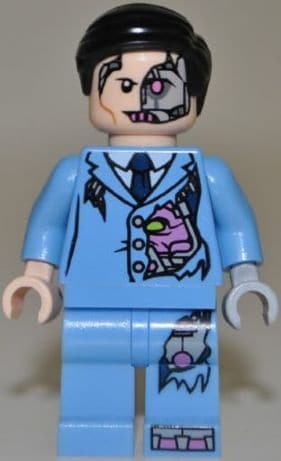 Like Leo’s minifig, you can also get the famous Kraang mini. These characters faced the wrong side of the war in the Teenage Mutant Ninja Turtle comic.

The minifig shows Kraang’s face and his light blue suit. This suit is torn on the chest and left leg

It’s rare to get these minis in the market. Well, it’s because LEGO only made 300 pieces. Read on to see the other specs. The Green Arrow is one of the most exciting TV shows from DC Comics. LEGO made the minifig to honor the Green Arrow.

Expect the minifig to have the famous Green Arrow’s hood and eye mask. You’ll get the item in a rigid plastic bag.

Remember, the polybag has a city in peril in the background. LEGO only made 200 pieces. Today, it’s not easy to get them.

You can place them on your office table as a décor. Also, you can gift them to someone who loves the Green Arrow Tv show. Below are the minifig’s main features you should know. 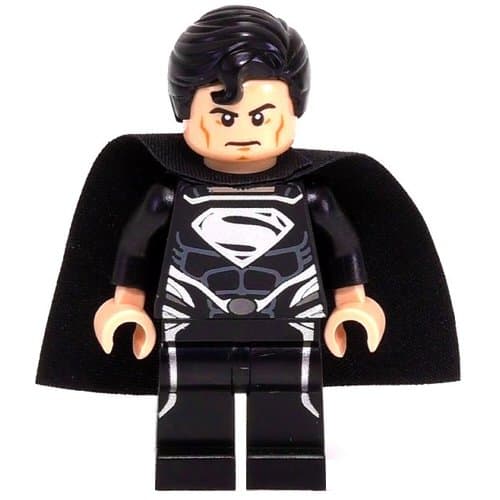 San Diego minifig came at the same time as the Comic Green Arrow minifig. Here, you’ll see that Superman has a silver, black suit, unlike the common red one.

So, many buyers will seek to own this item because it’s unique. LEGO made the minifig after it was present in the movie “Man of Steel.”

Unlike the other Superman minifigs, you’ll see his hair with a curl. One type of this mini comes with Superman being serious. The other one shows him using his red laser eyes.

Also, the Superman minifig came in a plastic case. It has a city’s image on the back.

Today, it will be hard to get the item in the market. Here are the minifig’s other specs. 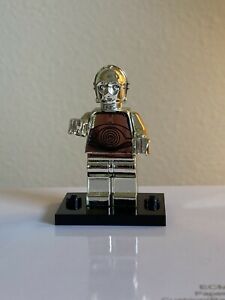 LEGO made this item to celebrate Star Wars’ 30th year. The firm added the Gold Chrome-plated C-3PO to the vast Star Wars playset.

During the launch, the C-3PO item came in an opaque plastic bag. Remember, the gold plate is of the 14 K quality.

It’s not easy to get this item today. This firm only made five of these minifigs.

If you are lucky to own it, it will add value to your collectibles. Please take a look at this item’s other key features. 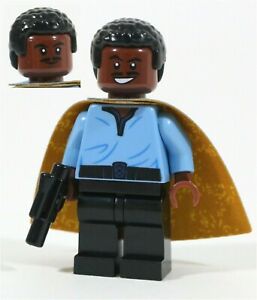 Cloud City Lando is a fantastic minifig that represents a famous Star Wars character. If you love Lando Calrissian, this item will suit you.

Today, it’s one of the rare items in the market. So, expect the Lando minifig to have a high demand among buyers.

The minifig shows Lando’s face and his famous blue and black outfit. Also, it has a yellow coat and a weapon on the left hand.

Remember, it can be one of your child’s best toys. Below are the other vital specs. 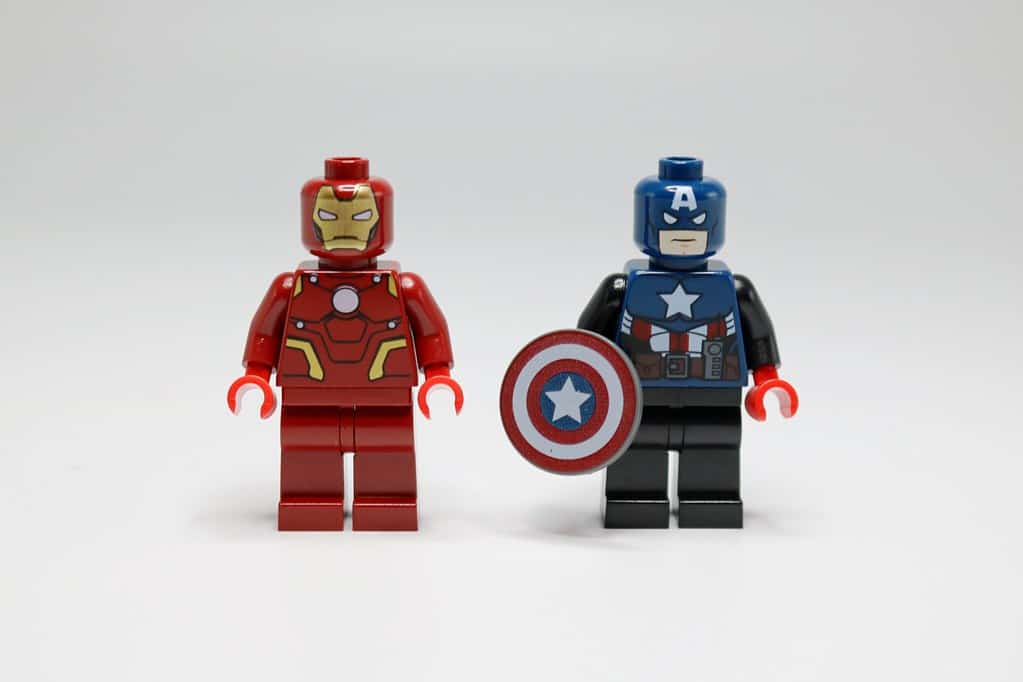 If you love the Marvel shows, be ready to fall for two great superhero minifigs. Here, you’ll love the Iron Man and Captain America minis.

LEGO released them during the New York Toy Fair event. These minis were part of the 125 minis that the firm launched.

Captain America’s mini has black arms and legs. Also, the Captain has the costume that Bucky Barnes used in the show.

Iron Man appears with his suit and helmet. You can remove the mask to see Tony Stark’s smirk. Take a look at the other key features. 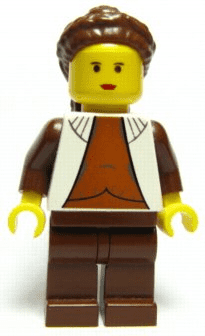 The Leia is also in the Cloud City set of minifigs. It depicts Leia with long and braided hair.

Leia also has a white torso and a dark orange shirt with brown arms. When in a great state, you’ll love the minifig’s beauty.

Cloud City Leia mini is rare today. So, because of its rarity, expect many collectors to look for it.

Princess Leia loved teamwork and integrity in Star Wars. Some people go for such minis to honor characters like Leia.

You can hang it in your car or place it on your living room table. Please keep reading to see other important aspects of the minifig. 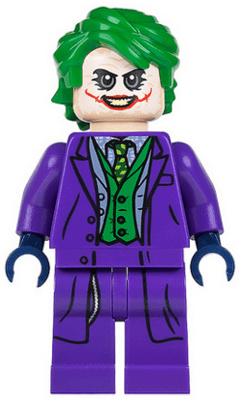 Many people love the character Joker from the Batman movie. You’ll get a quality mini with deep and quality colors.

The minifig shows Joker in a purple coat with a green vest. Also, the tie is green with yellow dots.

Owning such a minifig shows your love and knowledge for the Batman movie. It’s a minifig in the Tumbler set of minis.

You can use the mini to make your study or office table beautiful. Your child can use it as a toy at home. Read on to see the other specs. 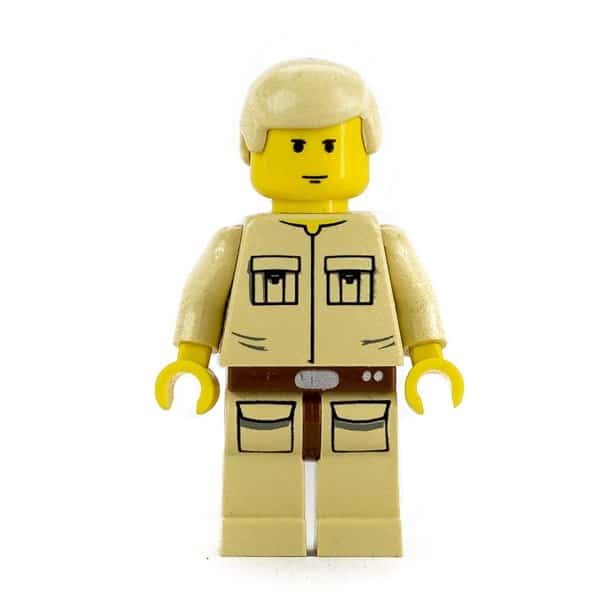 The Luke is a rare minifig in the Cloud City set will add much value to your set. It brings out the Star Wars character Luke Skywalker with much beauty.

Remember, Luke was an interesting character in Star Wars. Together with his lightsaber, Luke went to the Cloud City through a fall.

Your living room can become attractive because of this mini. Take a look at the other vital aspects.

The LEGO minifigs are great collectibles and toys you can own. If you own any of the minis on this list, know that they are worth a fortune.

Most of these LEGO minifigs describe characters from various movie shows. You’ll get the ones from the Star Wars, DC Comics, and Marvel shows.

You can use them to decorate your living room or the car. Many of the minis suit kids who are five years old and above.

All the minis on the list are much valuable. But the rare and the ones made from gold have great value.

So, among all these minifigs, which one has touched your heart the most? We would love to know your thoughts.