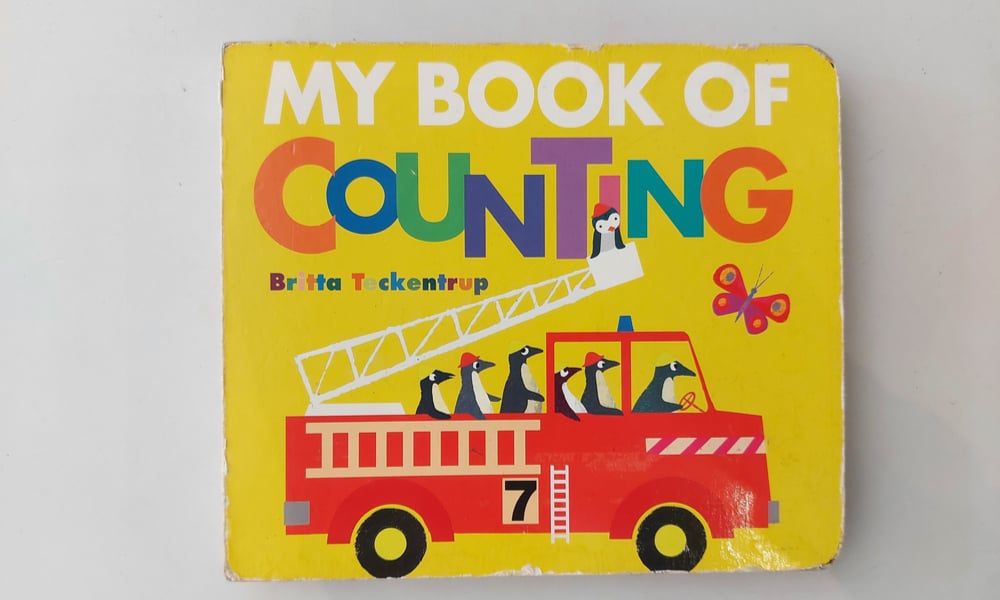 Books are not only a wonderful way to expand our minds and escape to other worlds. They can also be great fun to collect! And some can be very valuable.

Often, books that are most precious are those that relate to our own memories. And the series of “Little Golden Books” released in 1942 today hold a special place in many hearts.

It’s still possible to pick up some titles for as little as $5 – but others can command far higher prices. We’re going to take a look at the 11 most valuable Little Golden Books out there. And we’ll tell you everything you need to know about why they’re so expensive.

So if you’re ready, step this way to find out more!

One of the things young readers loved about Little Golden Books was the chance to write their own names inside. Each copy bore endpapers with the words “This Book Belongs to …” at the front.

But whilst adding their names gave kids a wonderful sense of ownership, to collectors, the writing is a defect. So one of the things that makes Little Golden Books most valuable – whatever their title – is the condition. Examples without inscriptions, scribbles and doodles are the most valuable.

This copy of Hansel and Gretel is scribble-free. It’s the second printing of the first edition, and was produced in 1945. And while there are a few small tears in the dust jacket, it’s otherwise in good condition. The hard cover beneath is bright and clean, with few signs of shelf wear.

It’s currently on sale from a bookshop in Ottawa Canada, and can be yours for $77.

2. The Golden Book of Flowers

The Little Golden Books covered both fiction and non-fiction. This lovely book aimed to introduce younger readers to different flowers.

The focus here was primarily on cultivated species found in gardens, rather than wildflowers. The pretty cover bears an illustration showing brightly colored examples including a daffodil, pansy, rose and poppy.

As with all books, condition is key to value. This example, for sale through a bookshop in Selkirk, New York, is in very good condition overall.

As is so often the case, the dust jacket has minor tears, but the boards beneath are in good shape. There are just a few rubbed edges, and a mark where a sticker has been removed from the front. The color and black and white illustrations are all present and correct.

This first printing could be yours for $62.

3. Ukelele and Her New Doll

Ukelele and Her New Doll, written by Clara Louise Grant, was published in 1951. It is an astonishing book for its time, with what some have interpreted as an anti-colonialist message.

It tells the story of Ukelele, a young girl living on a Polynesian island. Ukelele has a wooden doll, but when British traders arrive, they give her a new china doll.

The new doll is very smart, with real hair and a beautiful dress. But the dress wrinkles easily, and the china is too delicate for Ukelele to play with as she wants to. Soon Ukelele decides that the china doll is not for her, and sets it aside to return to her old wooden doll.

This copy is the first printing of the first edition. And it still has the wooden jigsaw puzzle that was included as an extra at the back of the book. This appears never to have been removed.

There’s no dustjacket here, though, and the boards have scuffing and minor wear to the edges. The owner’s name is written in pencil inside the front cover, with the date pencilled in on the first page. Other than that, the pages are crisp and clean.

This lovely book is for sale from a seller in Buffalo, New York, for $200.

This retelling of the story of the birth of Jesus was first published in 1952 – and it’s still in print today. The words are by Jane Werner, with illustrations by Eloise Wilkin. Copies of early editions remain relatively rare. And both age and condition are key to their value.

This copy bears the name of the original owner inside the front cover. But apart from that, there are no marks or scribbles. And while there’s no dustjacket, the boards are in good condition, with only minor wear to the edges.

If you’re interested in owning it, it will cost you $190. It’s for sale through dealers Gridfreed In North Las Vegas, and worldwide shipping is available.

5. Scuffy the Tugboat and His Adventures Down the River

The story of Scuffy the Tugboat was the 30th in the Little Golden Book Series. Published in 1946, it was written by Gertrude Crampton and beautifully illustrated by Tibor Gergely.

This is a first edition, but the second printing – making it slightly less valuable than a first printing example. Nevertheless, this one still has its dust jacket. There is a tear to the back, although the edges are now sealed and protected in a transparent book cover.

The book also shows evidence of the restrictions publishers were facing during the war period. Its spine is made of plain paper, unlike the golden foil versions produced in the pre-war years.

It’s available from Bluff Parks Rare Books, a California bookseller with a number of rare editions of Little Golden Books. This one could be yours for $235.

This sweet little book was numbered eight in the Little Golden Books series. It was published alongside 11 other titles in 1942.

This is the first printing of the first edition. It can be identified as such by the “A” which appears on the last page, just inside the spine.

The story of a cute puppy getting into mischief was written by Janette Sebring Lowry and illustrated by Gustaf Tenggren.

This edition has its dust jacket, in good condition except for a minor tear at the bottom, near the spine. The back flap bears the message “Buy U.S. War Savings Stamps and Bonds”. It’s a sobering reminder of the situation the country was facing at the time of its publication.

The first owner’s name has been written inside, and there are other signs of use and wear. The boards are scuffed and rubbed at the edges, and the pages are tanned. In other words, this is a book that has been read and enjoyed, just as intended.

Those signs of use, though, do affect its value. Even so, this is great find for any collector of Little Golden Books. It’s for sale by a bookseller in Long Beach, California, for a little over $300.

This lovely book contains all the best-known fairy tales and would have been a delight for any child to receive. It’s perhaps for that reason that even this copy, the best-preserved of any of those available today, bears the owner’s name in pencil on the endpaper.

Personally, we think that knowing who owned and loved it adds to its charm. But for most collectors, the presence of any writing, doodles or scribbles affects the price they’re prepared to pay.

The name aside, this book is in relatively good condition. Unlike the one in the picture, it still has its dust jacket. It’s complete too, save for a very small tear at the bottom of the spine. And aside from some shelf wear, the boards are in good condition as well.

Inside, the pages are crisp and bright, with no age toning to impair the delightful illustrations by Gertrude Elliott. And the well-behaved owner has not added any pictures or other writing.

This is a much sought-after title in the series. Despite the minor flaws in its condition, you would need to pay $1,000 to own this copy.

8. This Little Piggy and Other Counting Rhymes

This Little Piggy was a collection of 37 rhymes that helped children learn to count. It was illustrated with both black-and-white and color illustrations by the artist Roberta Paflin.

And it’s in excellent condition too, described by the seller as “near fine”. The delicate dust wrapper is almost perfect, without any rips or stains. It has, however, been clipped to remove the price before being gifted.

Inside, the orange endpapers are unmarked, with the all-important “This Book Belongs To …” box left blank.

All this makes this book a very rare find. And that’s reflected in its $1,600 price tag.

Doctor Dan, The Bandage Man came complete with a marketing gimmick: “six real Band-Aid” bandages. And if you buy this set of six copies, still complete with the publisher’s paper wrap around them, you’ll get six sets of bandages too!

Finding a first edition of this title is rare enough in itself. Finding six, as clean and fresh as the day they emerged from the printers, is exceptional.

This is the first printing of the first edition, as identified by an “A” on the final page. Published in 1950, Little Golden Books were by then in full swing. This one is number 111 in the series.

The boards here are in perfect condition. And the paste-on yellow endpapers with that all important “This Book Belongs To …” remain untouched by childish pencils.

There are full-color illustrations on every page. These show the eponymous Dan going about the business of bandaging hurt and wounded dolls and teddy bears.

All six copies here are being sold as a set by a bookseller based in Houston, Texas. They could be yours for $3,000.

Some of the rarest and most valuable of the Little Golden Books are those linked to Walt Disney. And so it is with this first edition of Mickey Mouse and Pluto Pup, published in 1953.

It tells the story of Mickey Mouse going on a fishing trip with his loyal dog, Pluto. The book itself is a first edition and it’s in immaculate condition. And so treasured was it by a past owner, that they had their own Morocco leather box made for it in the style of an antiquarian volume.

But none of that is what makes the real difference to this book’s price. The crucial element here is what appears inside – the signature of Walt Disney. There on the title leaf, he has written, “To Frank Hart – Best wishes – Walt Disney”.

It is this signature that makes this so desirable to collectors of both Disney memorabilia and books. And its price reflects its rarity. It’s on sale through a Palm Beach dealer for the princely sum of $5,600.

If you’re in the market for a seriously collectable book, check out this copy of Walt Disney’s Cinderella. This German edition was one of the Little Golden Books series, and this particular copy is very special. It bears the signature of Walt Disney himself on the half-title page.

This is an octavo – a book that’s usually between 8 and 10 inches tall. It was published in 1951, the year after Cinderella hit cinema screens, saving Disney from bankruptcy. This is the first edition, and together with its illustrious autograph, it’s worth a serious amount of money.

You can pick up this copy from a bookseller in Palm Beach, Florida – if you have deep enough pockets. It’s on sale for $7,600.

Golden Books with a Golden Value

That brings us to the end of our look at 1 of the most valuable Little Golden Books on the market today.

When it comes to the price achieved by any individual book, condition is key. Any marks or damage will affect the value.

The relatively scarcity of individual titles also plays an important part. And special features – like the autograph of a famous person – can add significantly to the price collectors are willing to pay.

Whether you pay $5 or $5,000 for your Little Golden Book, we hope owning – and reading! – it brings you great pleasure.