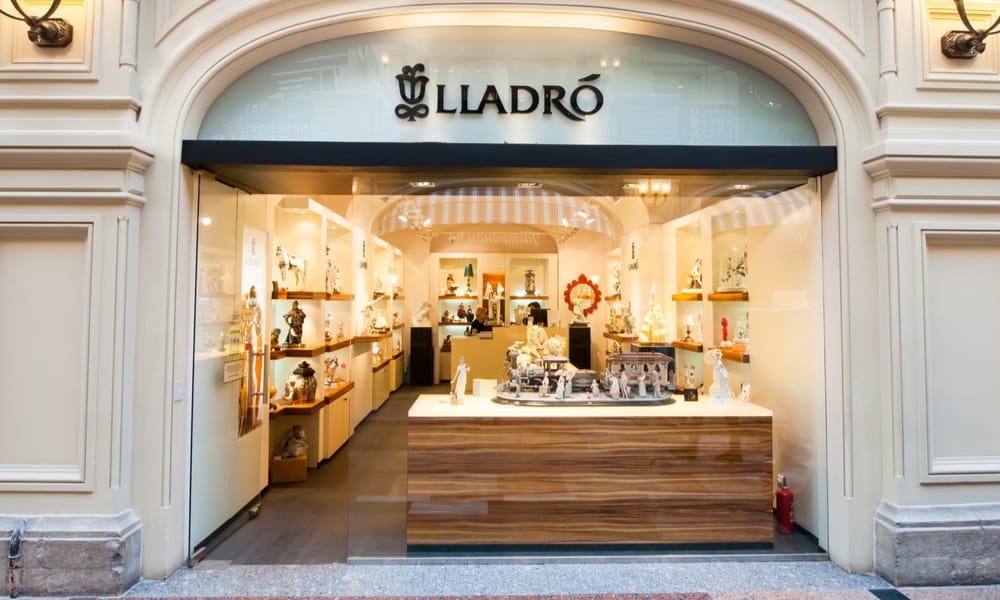 The Spanish company Lladro based in Valencia, is famous for high-quality porcelain figurines. After three brothers founded it in 1953, they began with vases and jugs production. However, they reoriented themselves to sculpture production in 1956 and soon became world-famous.

Due to high demand, they expanded their small workshop and moved it to Tavernes Blanques in 1958. Nowadays, Lladro figurines value can be high because numerous collectors look for complicated vintage pieces. Let’s take a look.

The Lladro brothers founded a small, part-time family business in 1953. Within two years, they started selling porcelain and ceramic plates and vases at the local market but also began creating figurines in the 18th-century style.

Brothers needed to wait until 1958, when figurines gained popularity. Then, they moved the company to Tavernes Blanques and hired other craftsmen, such as painters, sculptors, and chemists, to help them produce new items.

Once Lladro figurines came to the US in 1965, they began popular there, gaining worldwide fame from the 1960s to the 1980s. First Gres figurines made of a different porcelain type with terra-toned pigments appeared on the market in 1970.

Nowadays, this family-owned company employs more than 2,000 workers, continues to create fine collectibles, and sells them in over ninety countries. You can recognize glazed and matte pieces.

Glazed figurines with a glossy finish are highly collectible, while matte ones are white or painted. They were retired in 1991, and the company still produces only highly-popular items.

Lladro started introducing more and more complex pieces over time and adding limited-edition series from time to time. They established the Lladro Collectors Society in the 1980s and opened their museum and gallery in New York.

At the beginning of the new millennium, they began to create novelties, like the High Porcelain line. Then they started producing jewelry, lighting, and home accessories besides their recognizable porcelain figurines.

The Lladro company began using an official logotype in 1960. It was typically placed on the figurines’ bottom, but the mark has changed over time. Basically, you can recognize four stages in marking their products, making authentic figurines identification more effortless.

As I have already mentioned, the Lladro brothers established a small craft workshop in 1953. They etched marks into the porcelain initially, so you can effortlessly recognize these first pieces.

The first letter L was typically elongated, and you can often see included words MADE IN SPAIN, ESPANNA, or VALENCIA, depending on the period and series.

In 1960, the company established the first official logotype and imprinted it into the figurine’s bottom. They also added the inscription LLADRO ESPANNA MADE IN SPAIN in this period.

Figurines produced these years came with logotypes that excluded the word ESPANNA.

Since 1971, all figurines have come in a few versions, including the most famous blue stamp. These stamps have contained a bellflower- or tulip-look logotype and a sign LLADRÓ MADE IN SPAIN.

Plus, all pieces contain a product number with four digits that match those in the Lladro database. Limited-edition figurines have a sign showing two numbers. It represents the ordinal amount of pieces relative to the total number of figures in the series.

Interestingly, Lladro figurine value can significantly vary, and you can find small secondhand figurines for $10 to $20. While medium-sized intricate pieces are typically worth $75 to $150, complex scenes can reach over $1,000.

On the other hand, large figurines with complicated designs can be worth $2,000 to $25,000. The most pricey are those from the popular Don Quixote series, and one figural group sold for the record price of $130,000 at an auction in Tokyo in 2011.

Keep in mind that there are numerous figurines on the market, so no one can give you a precise estimation for each particular piece. However, several guidelines can help you determine your figurine’s price.

The rule of thumb is that small pieces are worth less than more sizable, particularly those with complicated designs. For instance, delicate, easy-to-break figurines with many details are more pricey.

The most valuable Lladro figurines are the oldest ones and those produced in limited numbers. Therefore, you should always check for the number stamped on the figurine’s bottom and whether the one you have is a part of a limited edition. That will significantly affect its price, particularly if you have a piece in excellent condition.

Lladró created beautiful figurines and entire scenes from numerous life areas, including literary, humorous, and religious motifs. It is a great thing for collectors but an absolute nightmare for evaluation. Therefore, you can breakdown them down into a few groups to make the estimation more effortless.

Don Quixote figurines production started in the 1970s, and the most well-preserved pieces will cost you $200 to $2,000, depending on age, condition, and retired status. You can buy one of the oldest pieces on the company’s website for approximately $2,000.

The company started creating round and small angel figurines in the 1950s, but they became more sizable and elongated after the 1980s. The oldest pieces typically cost several hundred dollars, while those that are still in production are worth $50 to $200.

Lladro’s bride and groom series are typically worth $50 to $500, but a few retired pieces can cost hundreds of dollars. One of the most costly retired Matrimony figurines from the 1980s is expensive and estimated to be $600.

The ballerina series is among the most desirable categories the company ever created. You can find them in a wide price range, but those from the 1950s are the most expensive and can cost thousands of dollars. For instance, you can find the Ballerina with Rose figurine selling for more than $2,700 online.

Some of Lladró’s most collectible figurines are unique clown busts. You can choose between an inexpensive piece worth $50 or pay $1,000 for a more complicated piece of art in excellent condition. The most expensive Court Jester design produced from 1969 to 1970 comes with a price of $1,500.

Those figurines representing girls with flowers in their hands or colorful flower baskets are in a group of more affordable series. Their prices can vary from $50 to $300 on average, but limited editions can be more expensive.

The religious figurine series include nativity sets with a wise man and animals. Their composition always includes several figurines, so you should set aside approximately $600 to $1,000 for the collection.

The company also offers more affordable and poorly crafted porcelain series under the Nao brand logo. The design is similar to the original Lladro figurines but with fewer details, so these pieces’ prices are always lower.

Keep in mind that the company started producing Nao figurines in 1968, but they are not considered original collectible Lladro figurines. In fact, they are actually products made by apprentices while learning.

Lladró artisans have crafted this figurine series since the 1970s, making them desirable collectibles. They were made from matte-finish porcelain, and these items’ muted color finishes provided natural look and fantastic contrast.

These collections include rare and hard-to-reach figurines and sets, like:

Many different things will affect Lladro porcelain figurines’ value and distinguish the real stuff from a fake. Let’s check.

The first thing to look for is a maker’s mark. You can expect to see one of two stamps or engravings on the figurine’s bottom:

All first-quality Lladro figurines have a blue stamp. The only exceptions are pieces produced before 1971 and all Seconds, regardless of the manufacturing year.

The oldest, handcrafted, and retired Lladro figurines are always the most expensive. Fortunately, you can find information on the company’s official website, which contains a detailed database.

In this case, the bigger is better, so more sizable and more complex figurines are more valuable than a single small piece. The exception is single life-sized items and those from the Don Quixote series. They are always pricey. 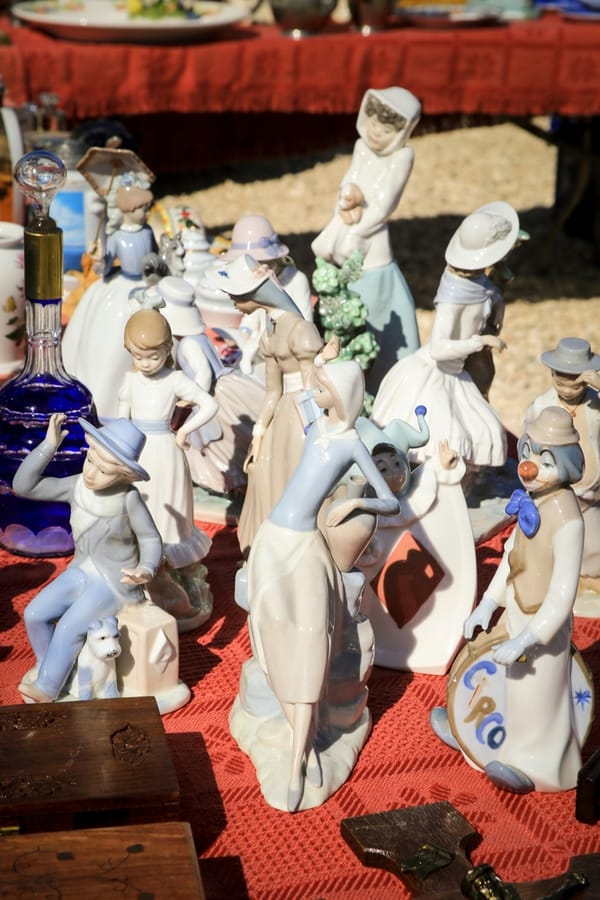 Only figurines in excellent condition can bring you a premium price. However, some rare and highly collectible pieces can be costly despite damage to any extent. Remember that items in the original box always come with higher prices.

As I have already mentioned, fragile and delicate figurines with numerous easy-to-break details are most valuable.

Collectors always appreciate sentimental figurines, particularly those based on a specific event. Therefore, you can expect Lladro figurines with family themes to be highly sought and precious.

Rare, limited-edition and retired figurines are always more expensive than newly produced pieces. Things are typically complicated with these items since most of them are in low grade or damaged. Once you find one in excellent condition, it is necessary to check its catalog number.

Remember that limited-edition figurines always come with a Certificate of Authenticity, so you should ask the seller about it. The most valuable are pieces with the confirmed origin, and there are no negotiations about that.

Additionally, handcrafted, particularly event-based figurines, are more expensive than mass-produced ones. You can find their original sale price and the value at the current market. 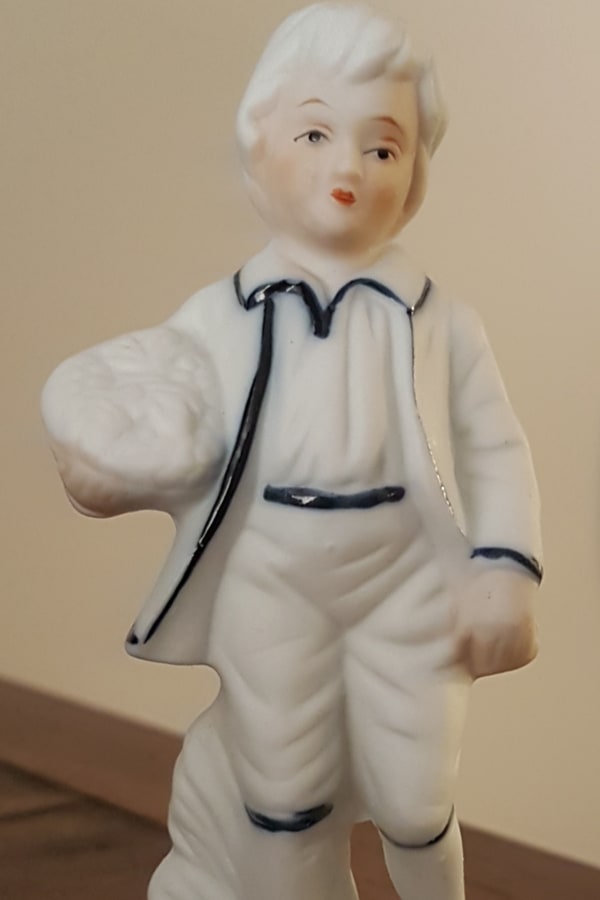 You should be aware of the current economic situation. Supply and demand levels will always affect figurine’s prices, explaining some fluctuations. Plus, the simultaneous appearance of several of the same figures on the market will bring their price down, regardless of their rarity and estimated value.

On the other hand, sometimes overbidding at auctions increases prices, creating unrealistic exceptions. Such situations often affect owners’ expectations, no matter how irrational they are.

Lladro figurines come with supporting documentation, often with a certificate of provenance. They are a sure way to confirm each piece’s authenticity and increase the price.

Besides Lladro figurine’s age, you can find much other information in the comprehensive company database. It would help if you used it to confirm each piece’s authenticity and value based on its name, product number, production year, designer, or category.

Since the Lladro company never discards slightly defective figurines or those made by apprentices, you can buy them at a significantly lower price. These so-called Seconds come without the blue stamped logo and are not collectible but are still beautiful.

You can find Lladro figurines at various outlets. Besides their galleries, you can try to find them in:

The chance they have at least one of these art pieces is relatively good. If you want to sell your figurine, you should look for art dealerships.

A couple of clicks is everything you should do to find beautiful Lladro figurines online. Options include online auctions on websites specialized in antique art pieces trade. Another possibility is to look at selling sites, such as Ruby Lane, Amazon, eBay, or Etsy.

Whatever you decide, you should be careful. Always look for reputable online sellers, check photographs, and read the item description thoroughly.