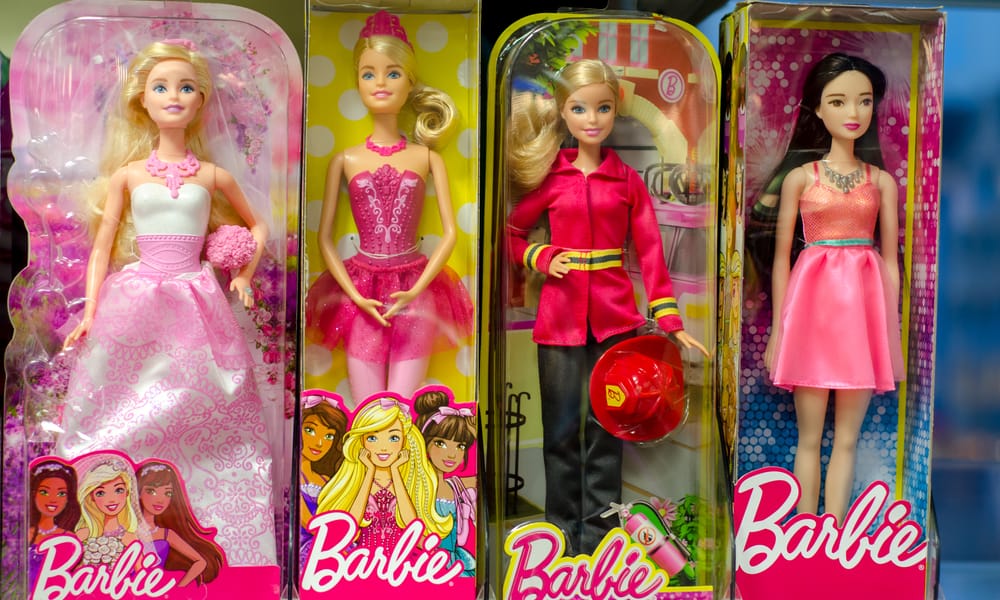 Once you decide to start a Barbie collection, you should think about antique barbie dolls identification and price guide. However, you should be careful. It sometimes seems that these iconic American dolls have always existed, but that is not the case. They only have undergone massive changes in appearance and style in these several decades.

Even though you can find numerous vintage Barbie dolls produced since the 1950s on the market, they won’t be considered antiques for a few decades. Experts believe that antique dolls are those created before 1930, so Barbie can be only vintage for now. Luckily, that doesn’t affect demand and its value, and some of these dolls can be pricey. 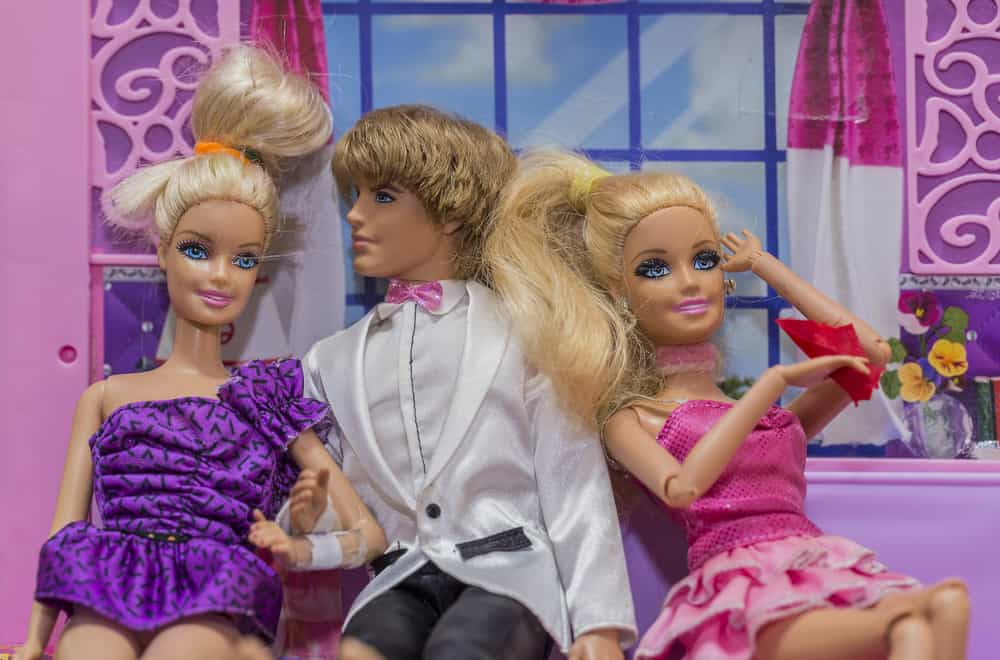 The first Barbie (Barbie Millicent Roberts) appeared for the first time at the American Toy Fair on March 9th, 1959, in New York. The German doll Bild Lilli was an inspiration for the new adult-bodied girls’ doll, and it got a name after creator Ruth Handler’s daughter.

The manufacturer Mattel Inc. produced and sold over 350,000 modern, 11.5 inches (29.2 cm) tall dolls during the first production year. Nowadays, a fantastic Barbie is a true American icon. Most collectors accepted the established Barbie dolls’ eras based on the year of their production: 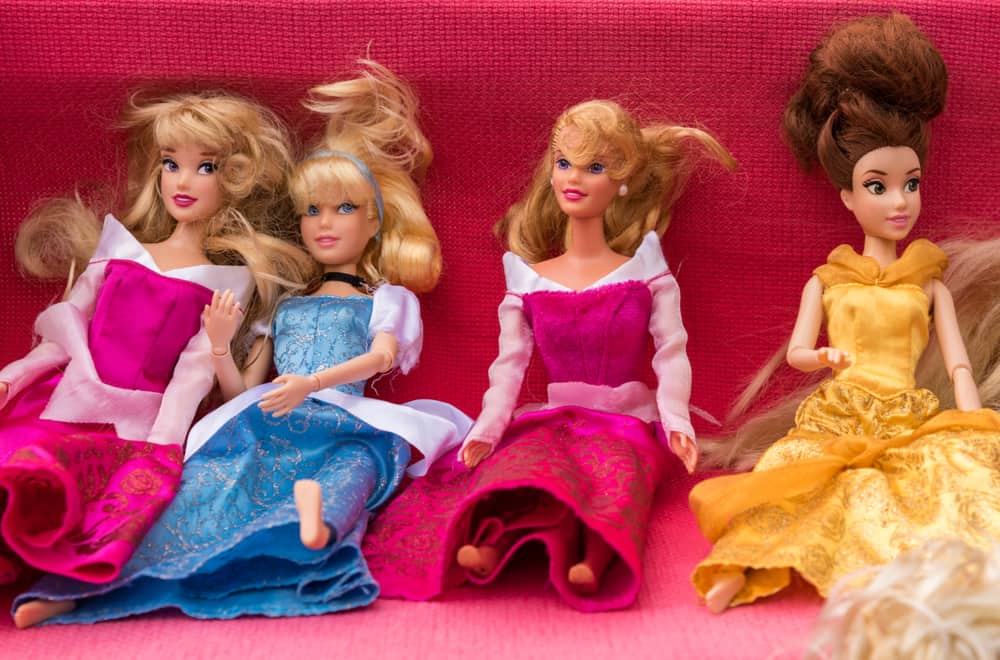 The first doll from this collection was Ponytail Barbie wearing:

You can find it in two types, blonde or brunette with a ponytail, curly bangs, blush on her cheeks, and red lips. Interestingly, dolls produced this year came without colored eyes.

The manufacturer has changed Barbie’s clothes, hairstyles, and accessories over the years, following current trends. For instance, you can find these dolls in a few recognizable styles throughout the 60s:

After a few years, the manufacturer added several fashion doll friends so that Barbies could play with them. Ken became the first male doll that occurred only two years after Barbie and became her boyfriend.

It is possible to find blonde and brunette Ken types prepared for the beach. He wore red swim trunks, cork sandals, and a wrist tag, while some models carried yellow towels or red and white jackets.

Then, Barbie got a few other friends and family members, including:

You can also find P.J. Silver, a Barbie’s blonde pigtailed friend produced in 1969, and Afro-American dolls, Shani, Nichelle, and Asha. 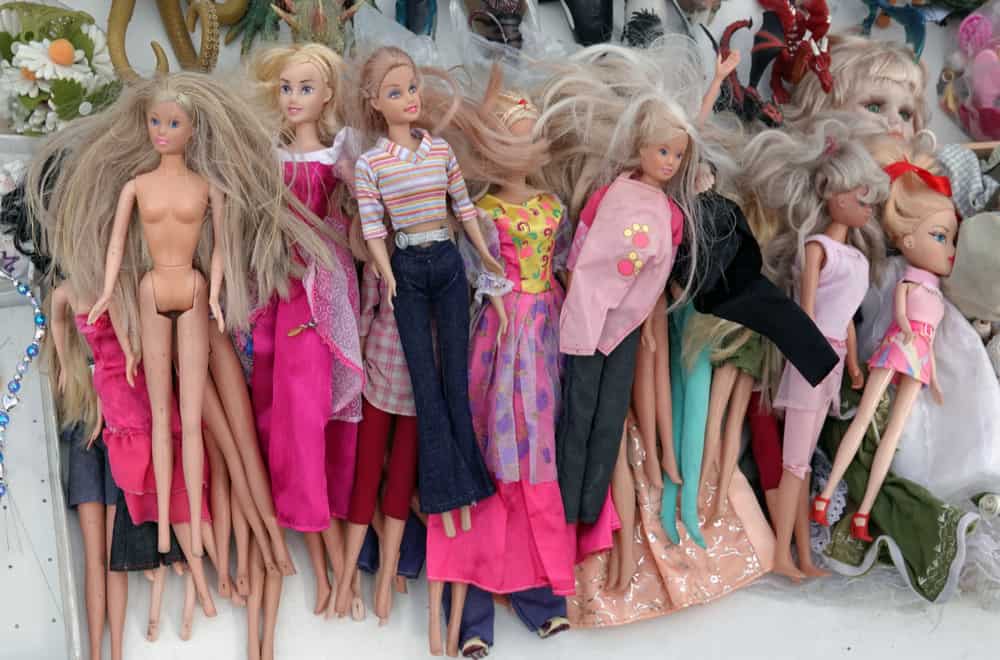 Most Barbie dolls are not worth a fortune, but some are collectible and pricey.

Most collectors look for the earliest Barbie dolls produced in the first decade. This doll debuted in 1959, and the one in perfect condition and the original packaging is worth $25,000.

You should also find a few signs that differentiate expensive from ordinary Barbie dolls:

Barbies in the box

As you can imagine, girls played with their Barbies, and only a few dolls remained in the original boxes. Such a doll in mint condition with saved accessories is costly since collectors are prepared to pay more for models in intact packages.

Damaged dolls with missing parts, matted or cut hair, scratching, and chipped paint that compromises the original look will decrease their value.

This 63-year-old doll in excellent condition has desirable features:

Although Barbie’s age is crucial in determining this doll’s rarity, some are collectible despite their age. The models you will hardly find are:

How to Identify Barbie Dolls? 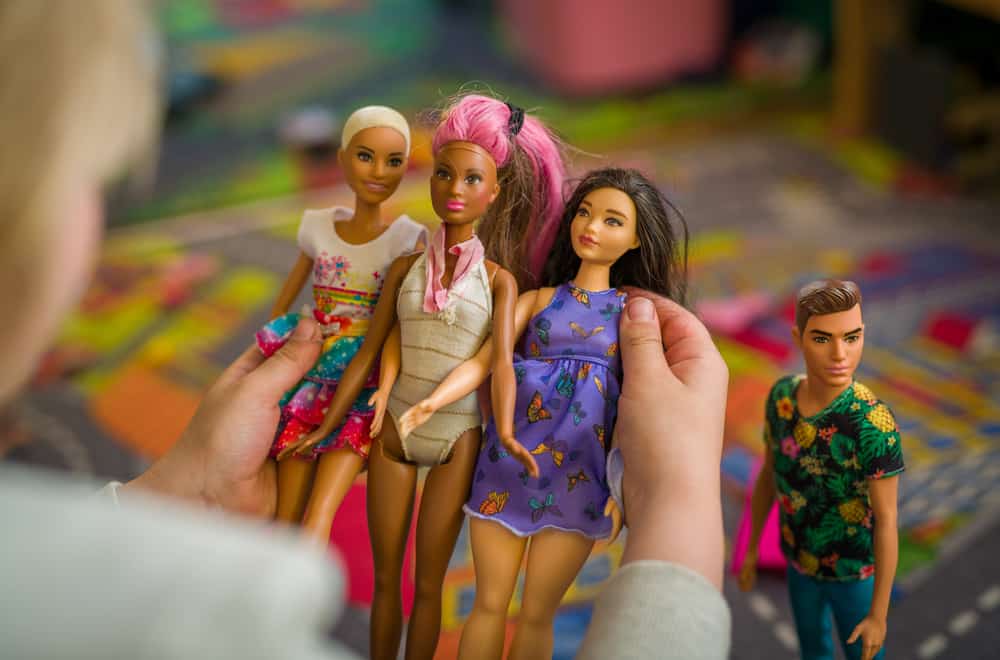 Most dolls have a year marking on the back. Be careful since it is the year when the Barbie’s body was produced, not the doll itself. For instance, dolls created in the 2000s will have Bend ‘n’ Snap bodies made in 1999 with a belly button and rubber arms and legs.

However, dolls from the 2010s won’t have this body type since the company stopped its production in 2013. Those models will have stiff bodies with arms or legs you can’t bend.

Be careful when estimating Barbies because it is possible to find a model with a 1999 body and a head produced in 2020. Such replacements are one of the most existing frauds.

2. Check the back of the Barbie’s head

You should find markings on the back of the Barbies head. They show you the year when the face mold was produced. Most dolls from the 2000s have the Generation Girl face mold made in 1998, while modern models have the Millie face mold from 2013.

You should look for holes in the foot bottom since only the first Ponytail Barbie dolls have them.

Some atypical things can help you determine your Barbie’s production age. The most common are:

The most common way to describe Barbie dolls is by specific abbreviations that determine their condition:

The company’s Customer Service Website has a significant database with information about Barbie models produced since the early 2000s. The only way to take advantage of this site is to know what you are looking for.

One of the quickest ways to determine information about your Barbie is to become a member of numerous groups for Barbie collectors on Instagram and Facebook. You can share the photo and ask members whether they recognize a particular doll model.

Amazon is an excellent resource because it is a perfect place to find even dolls discontinued for years. It will help you effortlessly determine Barbie’s version and production year.

This tool is convenient when you precisely know what you are looking for. In that case, you need to add some specific detail to recognize your doll as quickly as possible.

Blogs are convenient places to learn more about your Barbie that features something unique. For instance, you can read a specific blog about black Barbies or those with particular jewelry, tattoo, or dress type.

The Most Valuable Vintage Barbie Dolls

Interestingly, the most expensive Barbie ever sold is the Stefano Canturi Barbie, produced in 2010, which is not even vintage.

The designer created a doll with Australian pink diamonds and 3-carat white diamonds. One collector paid an astonishing $302,500 for it at a humanitarian auction. The first blonde or brunette Barbie produced in 1959 was a pale, modest doll that wore a famous bathing suit. It comes with a ponytail, striking red lips, and characteristic holes in the foot bottom. Its price range is $8,000 to $27,450, depending on the condition. This vintage Mattel Barbie doll with long eyelashes from the 1960s was among the first African-American Barbies ever made. This model in a bathing suit with long, wavy hair and striking coral lipstick was made in Japan and nowadays is worth $5,000.

4. Barbie doll round the clock This vintage, never opened Barbie doll produced in 1964 can cost you $5,000. A travel set includes a daytime dress, an evening gown, and accessories. This glamourous and elegant Barbie model from 1966 is worth $3,500 in mint condition with the box. It is well-known for its stylish hair.

After releasing in 1967, this Barbie was a sensation thanks to its unique outfit. Only a few dolls were made as a part of an Inland Steel gift set, making it a rare model. Its price range is from $3,230 to $10,000 these days. This rare glamorous Barbie from 1959 wore a beautiful polka-dotted bubble dress. Its price is approximately $2,900. You should pay $2,750 for this Barbie doll produced in 1961, but the price includes the original box and accessories. This unusual model wore a dress decorated with a felt reminiscent of Alice in Wonderland. 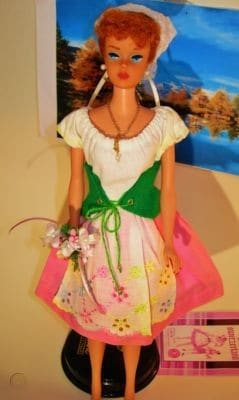 This original Barbie doll was released in 1964 as a part of the Travel Costumes series. It wore an old-fashioned pink and white dress in European style, and green felt corset. Its value is estimated at $2,010. One collector paid $1,600 at an auction for this limited-edition Barbie from 1971. It came with changeable hairstyles and a pink ruffled skirt. Girls adored this Barbie produced in 1966 since they could dye its hair. After applying a specific solution, its blonde or black hair changed to Scarlet Flame or Ruby Red. Such a rare doll is worth $1,350 on eBay.

The first Barbie doll appeared in 1959 and became a fashion icon fast. It always reflected the current fashion of the times and different hairstyles. Although their standard hair color was blonde, brunette, or red (titian), you can also find those with an Afro hairstyle. Some models are pricey, so you should be careful with estimation.