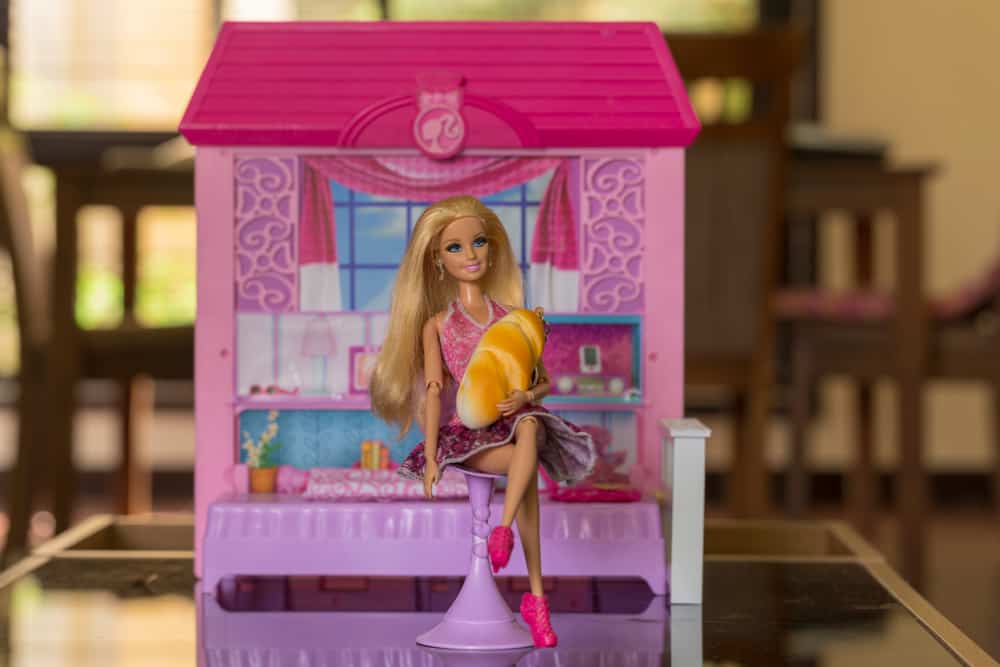 Did you like playing with toys such as a Barbie doll or Ken as a kid? Did your parents? If the answer to either of those is a “Yes”, chances are that there is a Barbie Dream House somewhere in your attic or basement. If so, you may be wondering what is the value of a vintage Barbie Dream House – let’s try to answer that below.

When did the first Barbie Dream House come out?

Mattel Inc. made the first Barbie doll in 1959 and the first Barbie Dream House set came just 3 years later in 1962. So, ever since the mid-60s, cardboard Barbie dollhouses have been an integral part of the childhood of many kids in the US and abroad.

It’s easy to get lost in the various price tags in Barbie dollhouse advertising. Putting aside the ads for Barbie dollhouse models, evaluating the genuine vintage item is quite easy if you just look at each model individually.

In the four decades of Mattel’s Barbie history before the turn of the millennium, there were only a few Barbie Dream House models. So, determining the exact value and price of your vintage Barbie Dream House is a process with very few steps:

An old, well-stocked, and well-preserved vintage Barbie Dream House with its original packaging still intact can easily nab you a few hundred dollars on any online site such as Etsy or eBay as there are guaranteed to be plenty of collectors willing to pay up.

Unfortunately, even the oldest dollhouse models aren’t deemed quite valuable enough to merit a 4-digit price at an auction unless there is something especially unique about them such as a specific former owner, a related event, etc.

Should you hold on to your vintage Barbie Dream House instead of selling it?

A salient argument can be made against selling the dollhouse you’ve found. Even the oldest Mattel Barbie houses are not really that old – 6 decades tops. For a lot of other items, that’s not enough to even be considered an antique. So, it stands to reason that the prices of Barbie dollhouses will increase even further in the future.

There are a couple of counterarguments to that, however:

So, if you’ve got a house worth a couple of hundred dollars, chances are that you won’t err if you just sell it.

The Barbie Dream House in the 1960s

The Original Barbie’s Dream House is what many people still imagine when they hear about Barbie dollhouses. It had the classic mid-20th century style and a rich and colorful cardboard interior such as beds, chairs, sofas, tables, and more. Today, you can easily find vintage originals or reproductions being sold for a couple of hundred dollars or more online.

The Barbie Dream House in the 1970s

The 70s saw the arrival of the famous Barbie’s Townhouse. This three-storied wonder was Barbie’s new own home and it boasted a lot of new additions such as an elevator, new plastic furniture, and a more modern style. These vintage dollhouses are valued similarly to the original Barbie Dream House.

Another addition from the late 70s is Barbie’s A-Frame Dream House. This was Mattel’s entirely new design of the original with an A-frame roof and a fully enclosed design.

The Barbie Dream House in the 1980s

The 80s opened with Barbie’s Dream Cottage. In 1983, Barbie’s cottage had an open floor plan with an enclosed roof, and all-new furniture. While less valuable today than Barbie dollhouses from the 60s and 70s, the Cottage can still be sold for over $100 if it’s in good condition.

The Barbie Dream House in the 1990s

The 90s saw another addition to Barbie’s real estate portfolio – the Barbie Magical Mansion. It can feel weird to call something from the 90s “a vintage” item but the Magical Mansion does sell for about $100 and above when it’s in good condition and with mostly intact furniture.

How do I know if my Barbie is valuable?

The main principles for evaluating a Barbie doll are similar to those for a Barbie dollhouse – how old is it, are the doll’s outfits well-preserved, which particular model are we talking about, and is the original packaging still intact? These questions determine the difference between a worthless Barbie doll and one that costs thousands of dollars.

A Vintage Barbie Dream House is a wonderful gift for any kid that likes playing with Barbie dolls. If you have one and don’t want to keep it, however, the good news is that you can get a nice 3-digit sum for it if you sell it online. Not all Barbie dollhouses sell for as much, however, and few are ever valued higher than that.

Still, a few hundred dollars are far from nothing, especially if you don’t think you’d want to keep the house for your own kids. And, if you have old Barbie dolls to go with the house, make sure to check their prices as well as a doll can actually be much more expensive than its house.