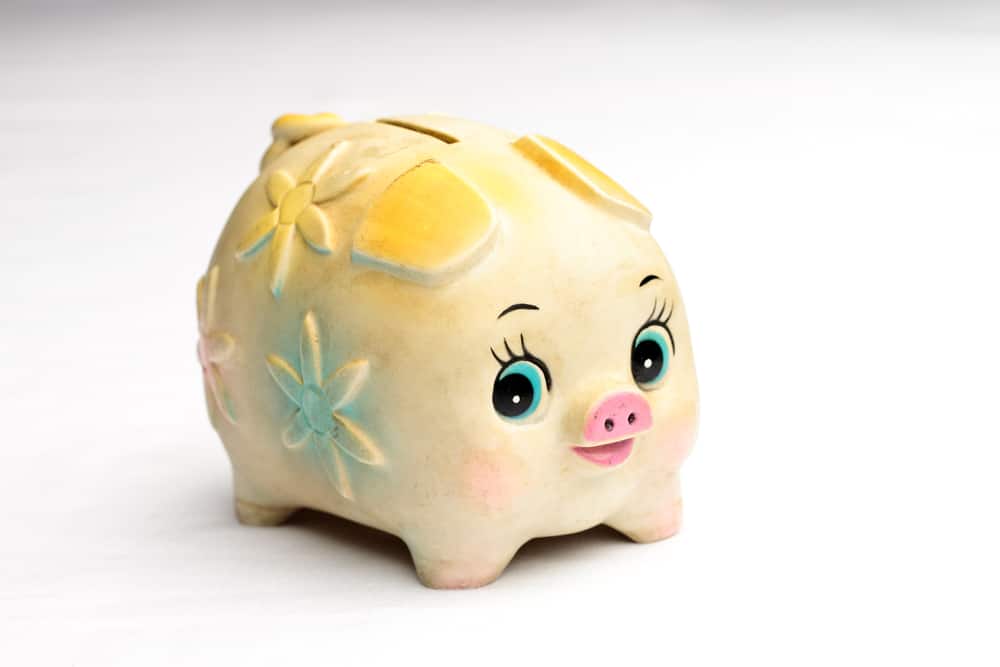 Have you ever considered piggy banks as collectibles? Nowadays, the “vintage” style is present in all fields, from clothing collections to old objects with a new style twist.

They can be perfect for transmitting originality and personality with a few minor changes. You can see it in shows like Pawn Stars, which have fueled a mania for collecting vintage items.

If you want to get into the antique business or simply collect piggy banks for fun, we have put together a complete guide to help you become an expert piggy bank collector.

Not only is it a fun hobby, but it can also be lucrative and make you earn some coins (without forgetting to save them in your piggy bank).

Where Did Piggy Banks Start?

Saving money is a concept as old as our societies. There is evidence of clay pots or containers used as piggy banks in different cultures.

Remains of piggy banks dating back to the 2nd century BC have been discovered in the Greek cities of Pompeii and Priene.

There is also evidence that they were used by the Romans, which is understandable given that they adopted multiple Greek customs to structure their own culture.

They are also found in ancient Chinese culture. Scrolls from the Jin dynasty (266-420) describe their use and the materials they are made of.

The majority of them have bulbous or ovoid shapes and lack major decorations or stylistic details.

This could be because those who acquired them preferred that they go unnoticed and be confused with other kitchen utensils.

We must remember that there were no banks in ancient times, so people had to find safe ways to keep their money. A piggy bank was apparently the best option.

However, it should be noted that the majority of piggy banks discovered in archaeological excavations (which are few because they had to be broken) contained coins of little value.

This indicates that they were used by common people. It was the most efficient and effective way to save money day by day.

Probably people with higher incomes used a safe to store their money.

Why do we call it a piggy bank?

There are different theories about why piggy banks are traditionally shaped like pigs.

One of the most common dates from the late medieval period in England. These money pots were previously made from a low-cost orange clay known as “Pygg.”

It is assumed that in the 18th century, potters began making piggy banks as a word game with “Pygg jars.”

Furthermore, we must remember that traditional piggy banks already had an ovoid shape, and the pig was a very natural transition to this more modern piggy bank shape.

It should also be remembered that the pig represented a figure of savings for medieval European peasants. Because you didn’t have to invest much in it.

They fed it leftovers and garbage for a year, fattening it up so it could be sold or slaughtered as an important food source.

Pigs can be considered the recycling element of the Middle Ages. They are not, however, the only ones who have used the pig as a symbol of savings.

In fact, pig-shaped piggy banks dating back to the 14th and 15th centuries have been discovered in what is now Indonesia. And there are currently banks in that country that use a wild boar image in their logos.

The idea that the pig represents abundance and wealth is prevalent in Eastern culture. It is one of the Chinese horoscope animals and is associated with work and affective abundance.

Furthermore, it is believed that the pig cannot walk backward, only forwards, reinforcing the concept of prosperity and progress.

By the medieval era, trade routes between East and West were well established. As a result, the concept of piggy banks was exchanged naturally over time.

Piggy banks are a subcategory of coin banks, which are further divided into two classes:

These are coin banks that do not have moving parts. They are static sculptures that only receive coins through a slot in the upper part of the figure. They also have a cap that can be removed to access the money inside the sculpture.

The J & E Stevens company developed mechanical banks in 1869. Most are made of metal and have a mechanism that allows the artifact to swallow the coin that is deposited by itself.

The style of mechanical banks is very creative; they generally use animated figures and are ideal for decorating any room in the house or making collectibles out of them.

Are vintage piggy banks worth money?

Getting into the antique business is complex and it is recommended that you first have some knowledge of the business. But vintage piggy banks are worth money, that’s for sure.

Prices vary greatly, but one fact that you may find interesting is that most piggy banks are not expensive. There are many available in online stores, with prices ranging from $30 to $200.

There are also cheaper $10 or $15 piggy banks, but they are usually made of plastic and are not recommended for collections. You can also find some really antique piggy banks that are worth up to $2000.

The older, more fragile, and better preserved the materials, the higher the price you can request because they are the most in-demand and appreciated by serious collectors.

If you want to start collecting them as a hobby and eventually sell them to earn back your investment plus a little extra, you have a lot of options.

The prices are affordable to everyone, and time is always on your side when purchasing this type of item. All you have to do is be patient and cautious.

If you care for each of your pieces properly, they will increase in value year after year, and you will be able to sell your collection for a very attractive amount of money at some point.

The most valuable piggy banks 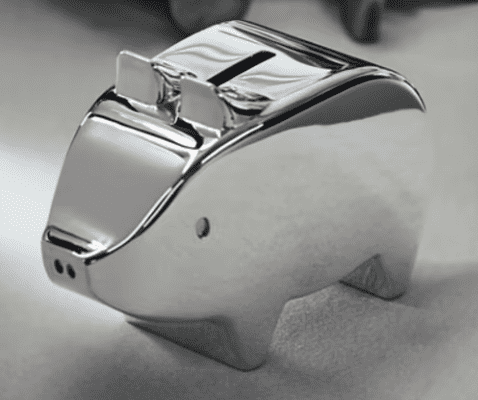 The most valuable piggy bank pieces to make money quickly by reselling collectibles are cast-iron banks made between the late 1800s and the 1930s.

Collectors prize cast-iron mechanical banks, and it is extremely rare to find one for less than $200. Those in better condition, with mechanisms that continue to function despite the passage of time, can cost thousands of dollars.

The Royal Mint, which used to be owned by the English monarchy but is now owned by the government of the United Kingdom, created the most expensive piggy bank in the world in 2020.

The piece is made of 18-carat gold and costs 100,000 pounds. They also sell a less expensive sterling silver version to the general public for £6,000.

If your budget is still too tight, there are ceramic models available for as little as 85 pounds.

It should be noted that the Royal Mint has over a thousand years of history and has produced exquisite gold and silver coins for the nobility of that country.

His designs became more refined throughout time, and they began to be considered beautiful items in homes rather than just money storage.

To determine the age of a piggy bank, you must first examine its image. The older ones will have a more realistic pig figure, meanwhile, the more modern ones will be animated or cartoon versions of the pig.

This is because, in more recent times, children were given piggy banks to teach them the value of money and how to save.

Instead of smashing them as was done in the past, modern piggy banks contain a stopper through which the money can be removed.

Some collectors will only acquire piggy banks without the stopper to ensure that they are antique and vintage.

What is the oldest piggy bank?

There are very old piggy banks on display in museums all across the world that date back before Christ.

However, if we’re talking about pig piggy banks, the oldest one may be in the National Museum of Indonesia’s collection in Jakarta. It is a 14th or 15th-century figure of a voluptuous boar discovered in Trowulan.

Investing in vintage piggy banks can be a delightful activity that can bring a lot of joy, as well as a solid long-term business.

If you want to become a successful collector, get assistance from the most knowledgeable people and thoroughly research the industry.

Patience is required for both this activity and filling your favorite piggy bank. Ready to acquire the first piece of your collection?