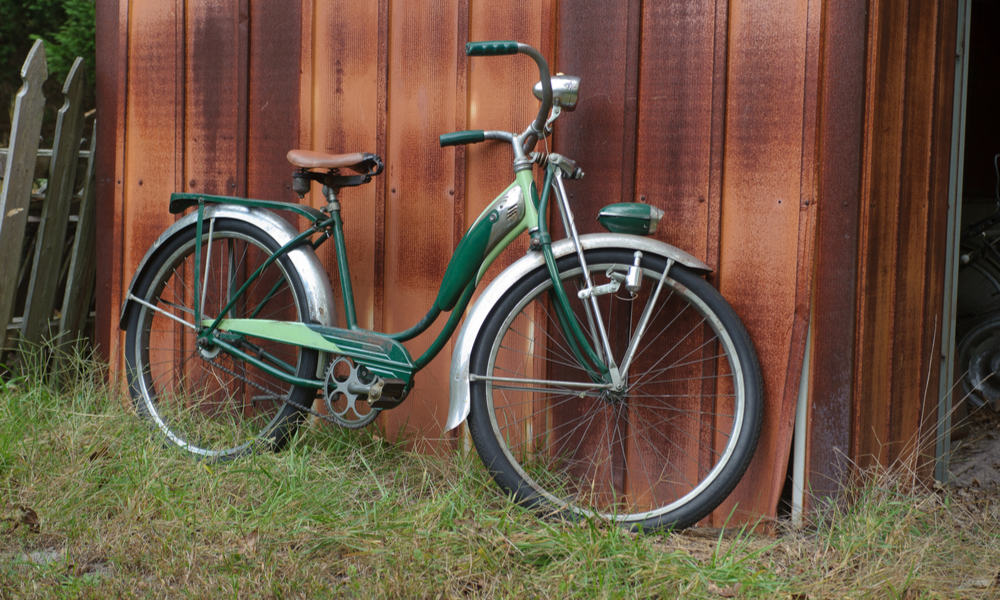 Even though the current market is full of modern bicycles, numerous bike lovers are still looking for vintage models, like Schwinn bikes. In addition to being collectible, they stand out for their build quality and longevity, making them tremendously popular nowadays.

You can find numerous models, necessary parts, and accessories on the current market. When deciding to purchase a vintage bike, it is advisable to check the vintage Schwinn bike value guide. That way, you will avoid making the wrong investment and prevent possible fraud. 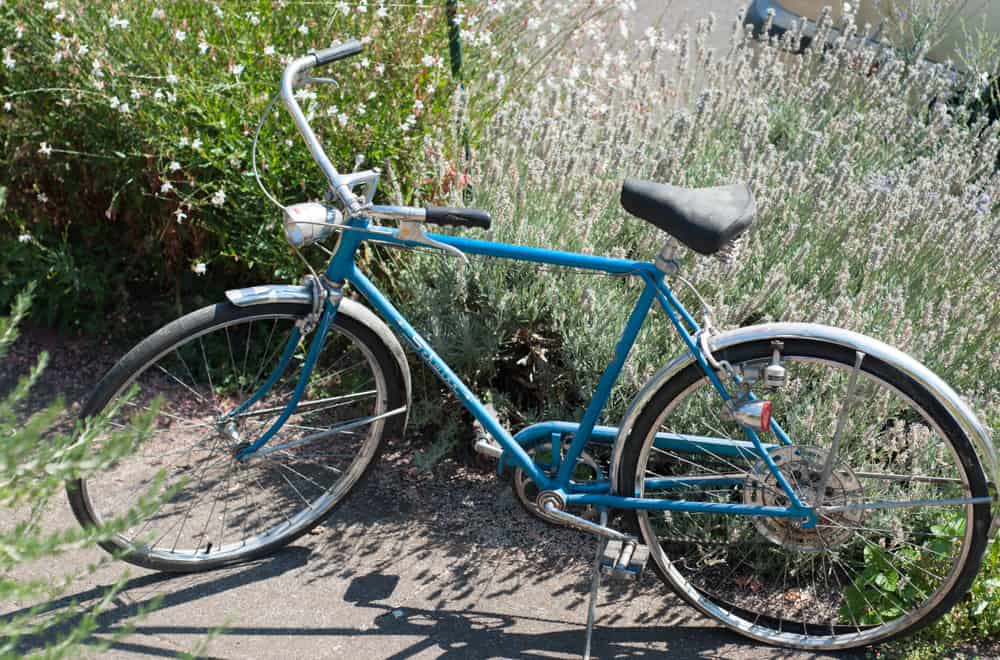 Ignaz Schwinn and Adolph Arnold founded the Arnold, Schwinn & Co. in 1895. They produced excellent bikes from the very beginning and stayed a synonym for quality in the bicycle industry for more than a century.

Ignaz wasn’t a novice in this business because he started working on the original two-wheeled bicycle models in his native Germany. In 1891, he emigrated to America and teamed up with Adolf Arnold in 1895 to establish their own bicycle company.

The company’s founding coincided with increased interest in bicycles across America, and the US bicycle production had grown to over a million pieces a year by 1900. Thanks to thirty newly opened factories, Chicago became the bicycle industry center.

Unfortunately, the cycling boom was short-lived. As early as 1905, bicycle production fell to only 25% of the initial output, resulting in many closed factories.

Such a situation inspired Schwinn to change his business strategy. He bought a few smaller bicycle companies and started mass production at a significantly lower price. Meanwhile, his partner gave up, and Schwinn became the only owner after buying his share.

The motor vehicle development further reduced the demand for bicycles, so Schwinn Bicycle Company was forced to change its business policy once again. He decided to develop the children’s bicycle production in addition to adult models.

Until his death in 1948, Mr. Schwinn continued growing his company and upgrading existing bicycle models. His effort resulted in numerous improvements, such as: 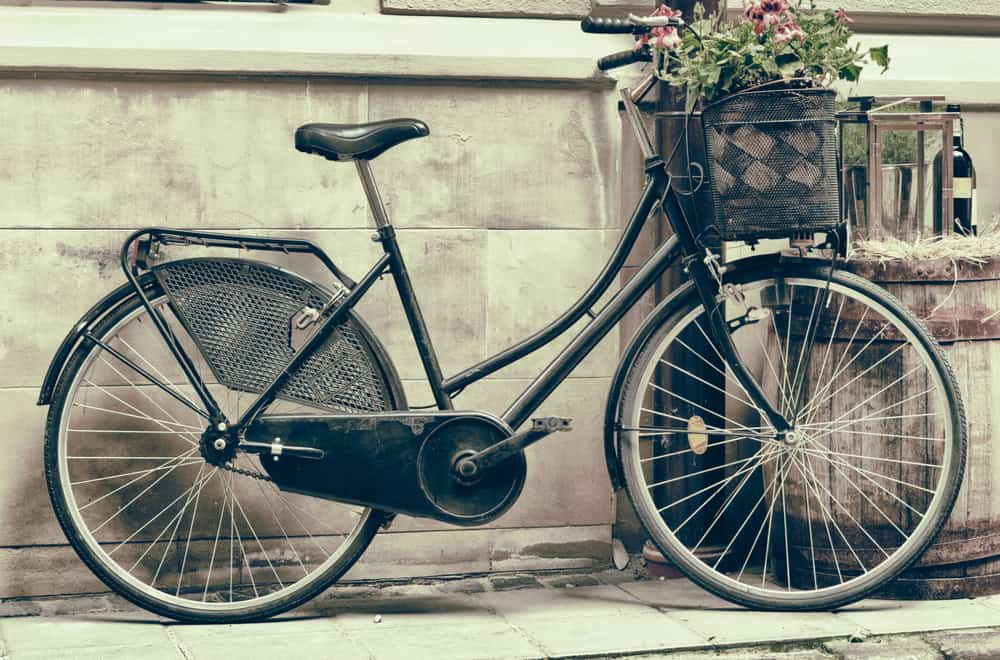 Determining the Schwinn bike value is not an easy task. The first step is to make sure that it is really a Schwinn vintage bicycle. Then, it is time to check a few details before estimating its value.

On most Schwinn company bikes, you can see a badge on the head or a plate with its name. Their appearance varied depending on the production year and the bicycle’s look and style. Remember that they were distributed unbranded and without labels before the 1950s.

Always look for the serial number on the bike frame. It will help you confirm that a particular bicycle is an authentic vintage Schwinn and determine the model. Remember that the serial number location varied from year to year but was never placed on an easily removed part, like the handlebars, seat, or wheel.

It is logical to expect that the bike in a better condition is worth more. However, it is necessary to check whether it went through the restoration process at some point. In such a case, a restaurateur replaced damaged parts with new components, reducing the bicycle’s value.

Interestingly, vintage Schwinn bikes with more original parts will reach higher prices even if they are not in running order. If the original parts are on the number and in excellent condition and the bike is still functional, its value will be significant.

Most models in excellent condition are worth several thousand dollars. On the other hand, you will get only a few hundred dollars for a neglected bike in poor condition. However, it is almost impossible to find an entirely worthless piece.

Schwinn’s company has released many different bicycle models over many production years.

The list of the most popular Schwinn bike types includes: 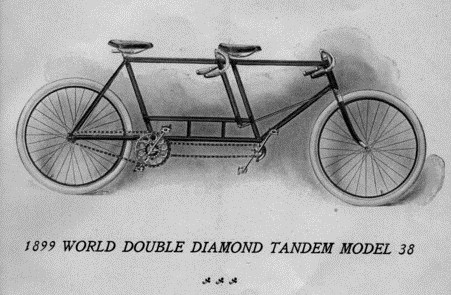 Schwinn made a specific frame for this model by using components from several single bikes. Thanks to its ultimate quality, this bicycle had a higher price than similar models that other companies produced.

One of the first bikes from the Schwinn factory was the 1899 World bicycle type. At that time, it was trendy, and of high quality, so the company produced a few variations: 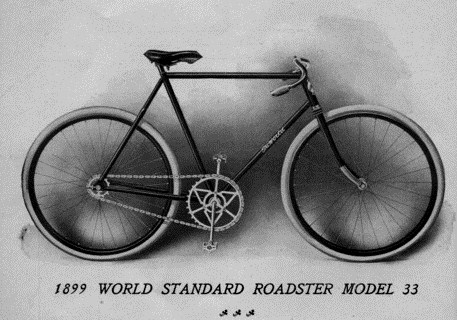 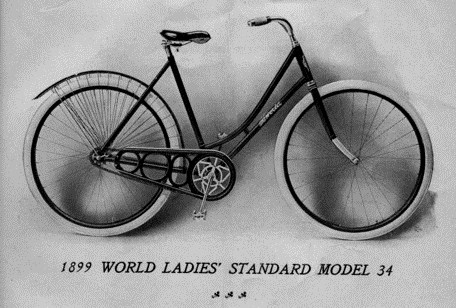 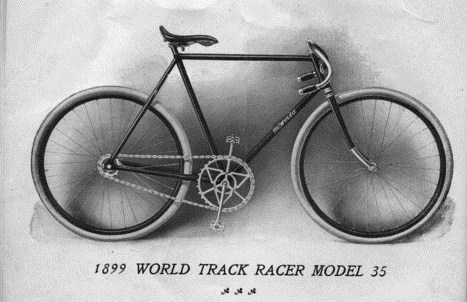 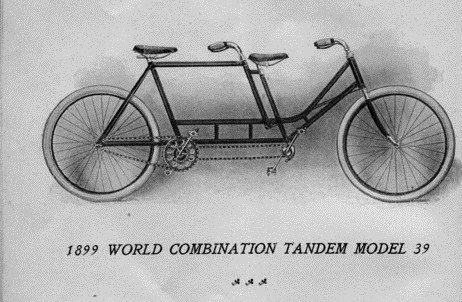 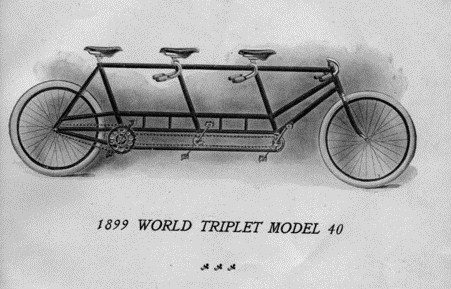 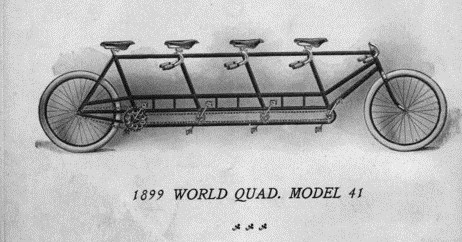 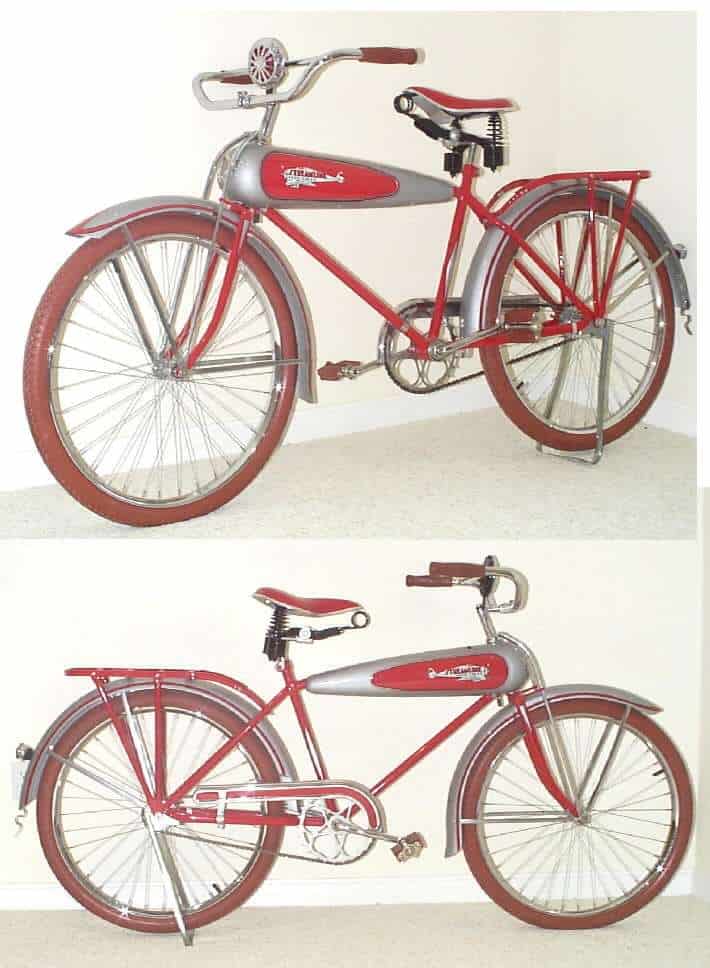 This model was most likely the first streamlined bike in the US. Ignaz Schwinn’s son persuaded American Rubber to make a unique 2,125 inches (54 mm) wide tire bale for this model. The offered features also included:

Most of these bikes were silver with red details, but you could sometimes find other color combinations. 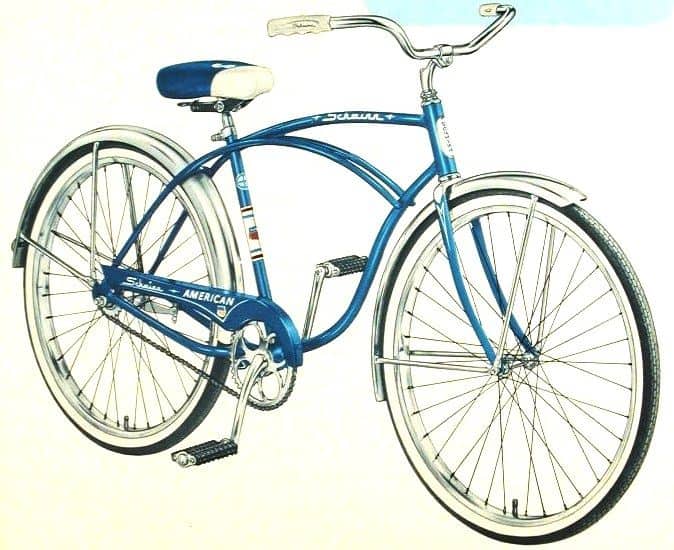 The American model appeared in 1955 and was the first one to be entirely produced in the US. For the next ten years, as long as its production lasted, it was advertised as 100% American-made.

This bike was made as a model for boys and girls and was improved several times during the production years. 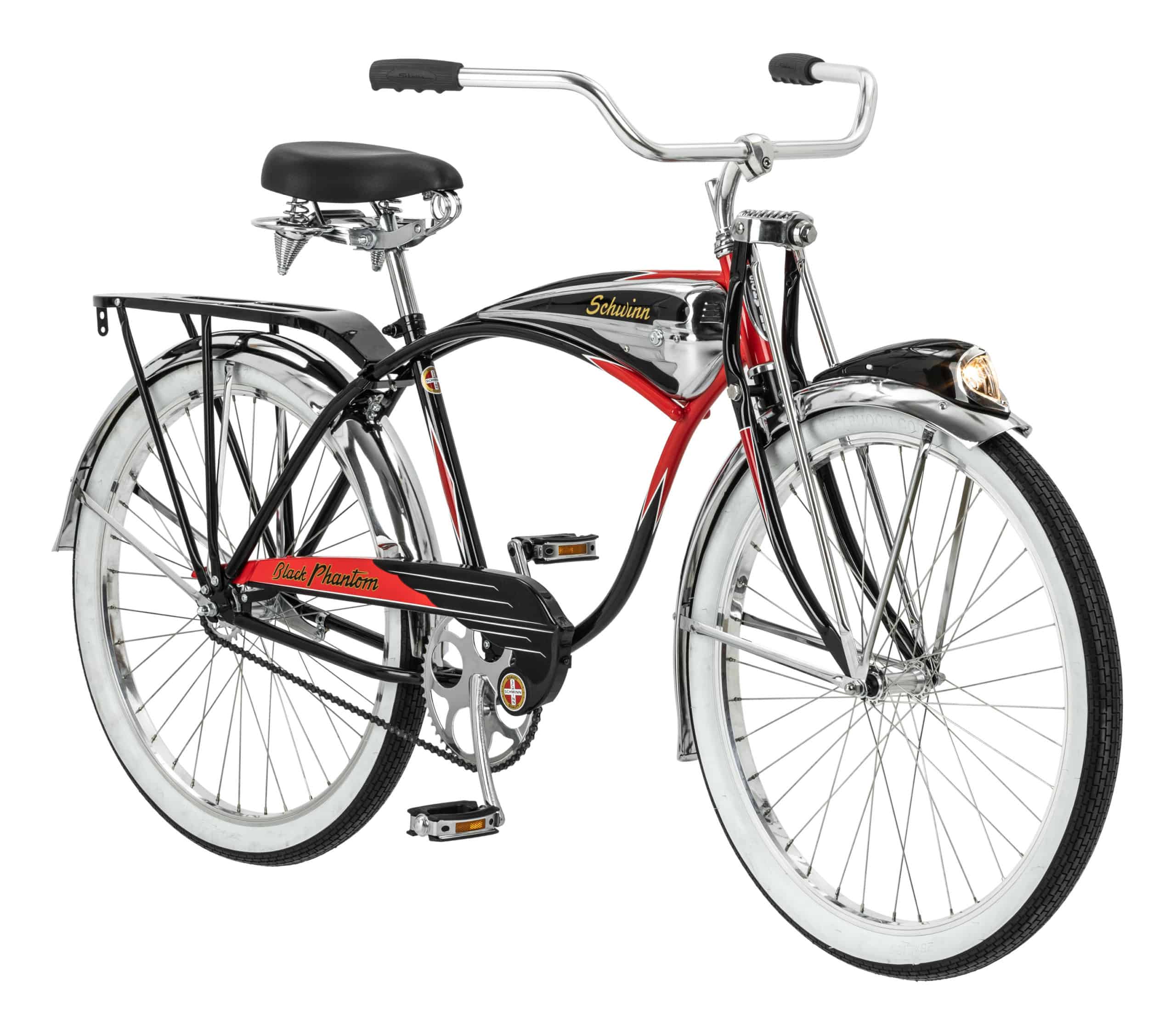 The Schwinn Black Phantom bicycle production lasted ten years, from 1949 to 1959. A few unique features made this model special:

This model is popular among collectors nowadays, but it is hard to find the one with all the original parts. In addition to black, you can see the Phantom in green, blue, and red colors. The younger population adored this bike produced from 1963 to 1979. The most probable reason was its unique design with 20-inch (50.8 cm) tires, a banana-shaped seat, and a raised handlebar. You can find this model with 1,2,3 and 5 speeds and in several styles: 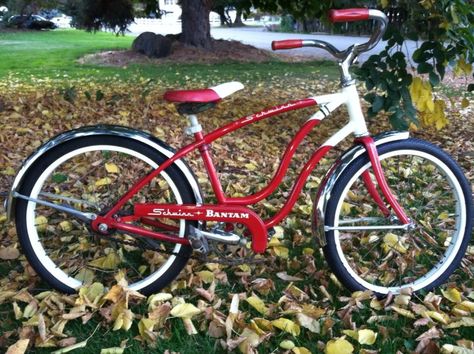 It is a classic children’s bicycle intended for boys and girls from 3 to 5 years. With the easy-to-remove auxiliary wheels, beginners quickly learned to drive. Apart from this convenience, standard equipment included: 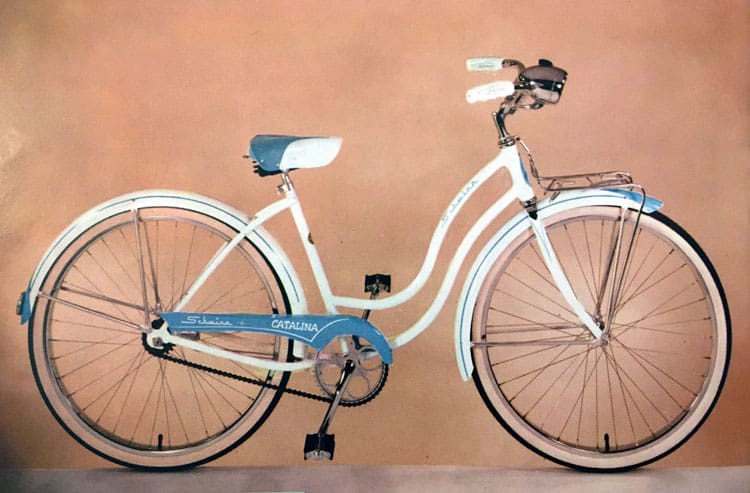 In 1959, Schwinn launched a new bicycle model for girls in a few color combinations, including: 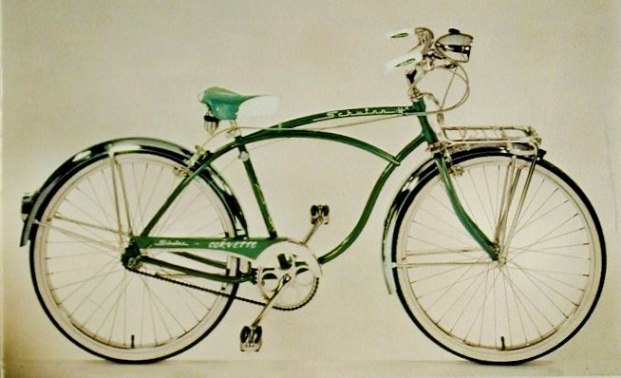 The Schwinn Corvette was an interesting bicycle type produced between 1954 and 1964 that came in both male and female models. The equipment of this bike has changed over the years, until reaching deluxe equipment, such as: 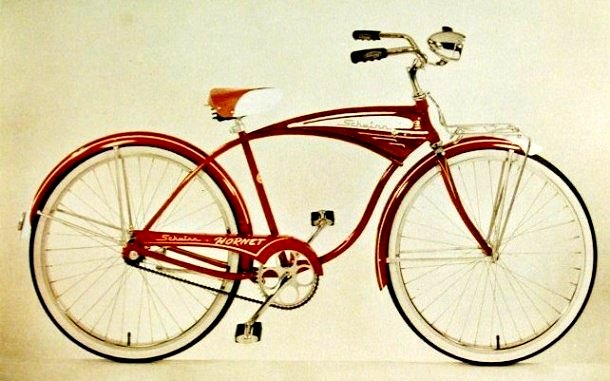 Schwinn Hornet was a classic of this company and extremely popular during production from 1951 to 1958. Along with many different versions manufactured over the years, this model suitable for both sexes experienced a deluxe version. The standard equipment included:

If you want to sell or buy a Schwinn bike, you can determine its value by comparing it to some recently sold models. However, some bicycles are expensive, and you need to set aside thousand dollars to get one. On the other hand, you can consider yourself lucky if you have one of these pricey beauties. 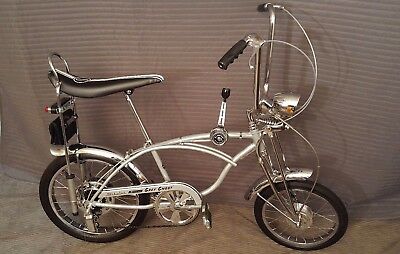 One of these bikes produced in 1971 was sold for close to $4,000 in 2022. It was in excellent condition and with almost all the original parts. 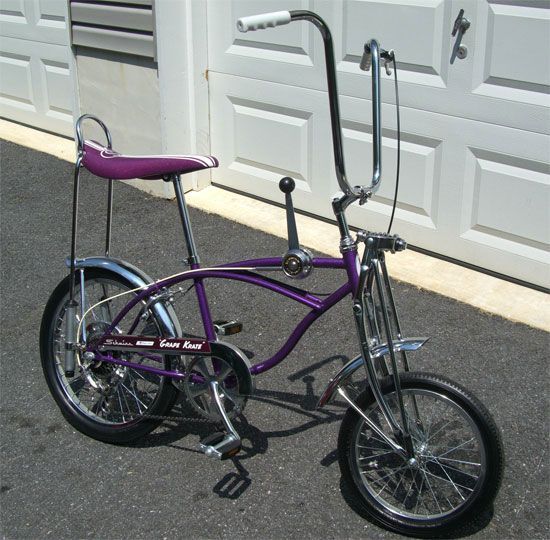 This bicycle from the 1970s was in good condition with most original parts. One collector paid almost $3,000 for it in 2022. 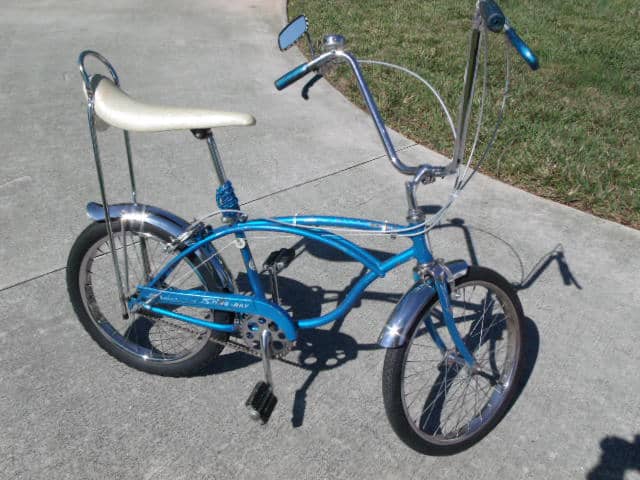 Beautiful blue bike from 1966 stood disassembled in a box for years and remained in perfect condition. It was sold for close to $1,800. 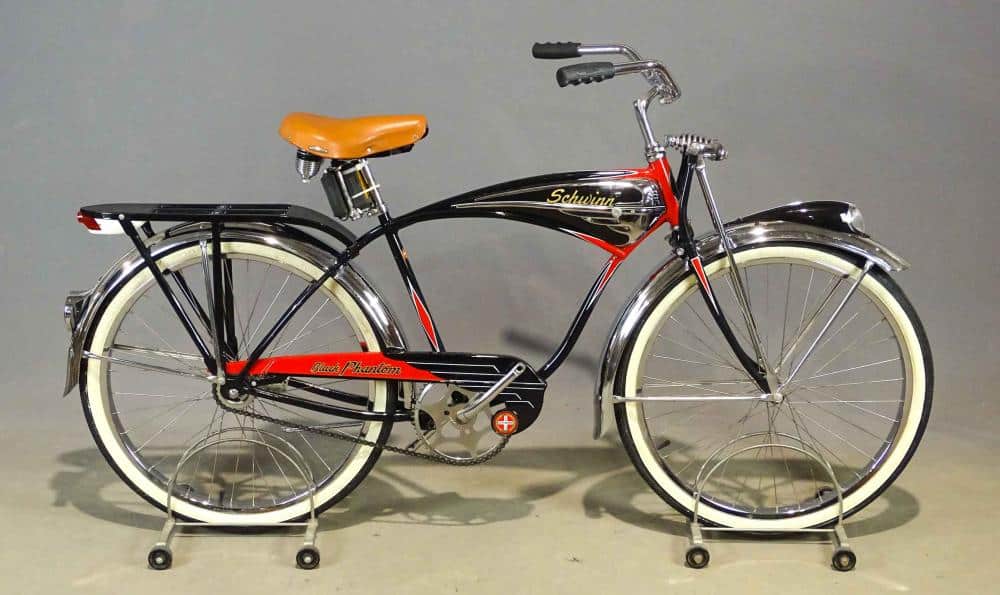 Guide to Buy or Sell a Schwinn Bike

As expected, the bike’s price can vary significantly, depending on its type, age, condition, and rarity.

The rule of thumb is that a bicycle is worth as much as someone is willing to pay for it. Once you decide to buy or sell a vintage Schwinn bike, there are a few options on where and how to do it.

It is a great place to check your bike value or look for the model you want. You can find vintage Schwinn bikes there and get plenty of information about the desired model. Plus, most of the ads are accompanied by pictures, and you can see the bike’s condition from a few angles.

Feel free to inquire about the bike you want to buy, including the model’s condition, age, whether the seller has restored it, and how many original parts are on it. Always check shipping costs as transporting and packing are often costly.

Craigslist is not a place to look for a bike if you are impatient or need it right away. Since the goods choice is constantly changing, you need to be patient here and carefully follow the lists of appearing items.

Old Roads specializes in vintage bikes, and you can find helpful information about their condition there. A particular benefit is that professional bicycle mechanics have adjusted all the models offered for sale.

If you find a vintage Schwinn bike somewhere or spot it at a garage sale, it will undoubtedly be worth a few hundred or thousands of dollars. However, only rare models in excellent condition with original parts are pricey.