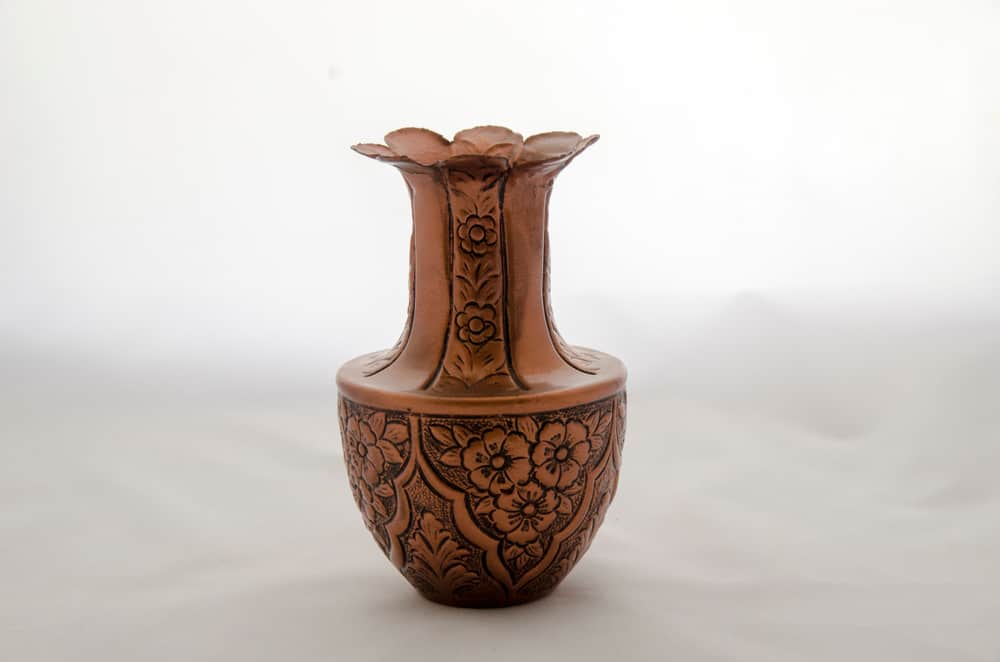 Vases are objects that have existed since the dawn of time throughout humanity’s history. Vases have been manufactured by all cultures, and their art has been reflected in them.

As a result, there are a large number of vases, each with a varied worth depending on the period of history.

In this article, we will provide you with all of the essential information you will need if you want to start collecting vases or selling your own.

We’ll look at the various materials that vases can be built of, take a quick look back in time, and observe the various styles and their presence in different cultures.

Finally, we’ll go through the basics of what you need to know and where to check to determine whether a vase is an antique and estimate pricing based on its quality and uniqueness.

The Different Materials in Vases

Old vases can be highly valuable, depending on their country of origin, style, and material. They can also attract impressive auction prices.

Throughout history, many civilizations and cultures have developed their methods and styles for manufacturing them, whether for useful or decorative goals. They can be fashioned from any of these materials.

All works made entirely of clay and produced by the action of fire are classified as ceramics. The first ceramic vases were manufactured by Egyptians, Middle Eastern tribes in Asia, and early Native Americans. These pieces, which date from 6500 BC, are covered in symbols and motifs engraved on the clay.

Porcelain is also classified as ceramic, but the additions give it its category, as porcelain has highly distinct properties. Chinese crushed stone was blended with white clay to create porcelain as early as the 10th century, and this material was utilized to construct elaborate vases and bowls that were truly pieces of art.

The porcelain had a clean, lustrous sheen and was used to create highly collectible Chinese Ming vases. The renowned blue and white Greek vases, as well as later European items like the Dresden vases from Germany, were all made of porcelain.

Glass Vases date back to 1500 BC, and the Egyptians created magnificent glass goblets, which are now on exhibition at the Metropolitan Museum of Art in New York.

Royalty, nobility, and the wealthy had access to antique glassware. The Romans developed the craft of blown glass about the year 100 BC, and this technique helped glass become more popular and easier to make.

Antique glass vases do not have to be from the past. Collectors admire the iridescent quality of deep blue 1700s New England glass and carnival glass vases too.

Metals such as bronze, copper, and gold were employed in household objects such as bowls and vases by the ancient Egyptians. Vases have been made out of metal since 3400 BC.

Gold has surpassed bronze as the most desirable metal for wealthy people to use to decorate their homes.

In the 16th century, Europe became a world leader in metallurgy. Metal and glass vases have long been associated with Italy. Vases were made of gold, silver, and tin in the 1800s in nations like Italy and Germany.

A Journey Through History And The Different Vases

The early vases we are aware of were not ornamental. The oldest vases that have remained to this day may be traced back to the Bronze Age when they were used to store grain and oil.

They were created on a spinning pottery wheel, allowing for the creation of circular vases. The first spinning wheels were discovered in Mesopotamia around 3000 BC.

Vases are thought to have initially been used for decorative purposes by the ancient Egyptians. The first evidence of vases being used to preserve fresh flowers, as we do now, can be found in ancient Egypt.

The ancient Greeks, on the other hand, were famed for creating exquisite vessels that were both attractive and practical.

In ancient Greece, each type of vase had a distinct shape that corresponded to a certain function. The red and black designs on Greek vases, on the other hand, allowed for embellishments and storytelling. Images of everyday life were frequently depicted on the vases.

The Euphronios Krater, made circa 500 BC, is a magnificent specimen of an ancient Greek vase.

Chinese potters were making products using a different technique at the same time as the ancient Romans were making exquisite vases out of clay and ochre.

This method entailed burning the mineral kaolin at extraordinarily high temperatures, resulting in the porcelain substance we know today.

China’s creation of Chinese porcelain vases can be traced back to the Han era, according to archeological evidence.

The invention of porcelain in China forever altered the history of vase production. Porcelain is frequently regarded as the best type of porcelain because of its pure white color, delicacy, and heat and water resistance.

The discovery of porcelain was pivotal in the history of vase making, as it allowed for the creation of ornately designed vases in a way that was not possible before.

While China produced some of the most notable antique vases in history, European vase production had declined with the fall of the Roman Empire.

Only a few regions, such as the Italian island of Murano in the Republic of Venice, remained to produce ornamental vases, particularly glass vases.

Murano has a plentiful supply of pure silica sand, and Murano glassmakers figured out how to combine it with soda ash to manufacture a superior type of glass for vases and other ornaments.

Venice had a worldwide monopoly on glass and crystal vases and ornaments because of the ability of Murano glassmakers.

Europe in the 18th and 19th centuries

Porcelain production in Europe allowed for the creation of extraordinarily ornamental vases with a level of intricacy and craftsmanship that was unprecedented.

In the 18th and 19th centuries, diplomatic presents were an important component of European court politics, and these new vases were ideal for sending as gifts.

Vases’ history had changed yet again: where they had previously been merely decorative objects, they had now evolved into formidable instruments for communicating power, money, and status.

The beginning of European industrialization signaled the beginning of a new chapter in the history of vases. Vases could now be possessed by a greater segment of society, including the growing middle class, thanks to the mass manufacture of vases at a lower cost.

Despite this, numerous beautiful vases were created for European royalty and nobility in the nineteenth century. Silver vases, in particular, were linked with luxury and prosperity during this time period and were particularly trendy among the 19th-century upper classes.

Fine vases were produced well into the twentieth and twenty-first centuries, in a wide range of new styles, including the nature-inspired Art Nouveau style and the modern 1920s Art Deco style.

How To Recognize An Antique And Valuable Vase

Many vases pass for originals, making it difficult for a novice collector to tell the difference. However, original pieces of art have distinct features that can help you determine whether your vase is ancient and worth money.

However, due to the wide range of vases from various periods, not all of them have the same distinguishing traits.

Always look for the mark on the vase’s bottom. The name of the manufacturers or the artist is usually seen on the bottom of these pieces. If the maker and artist’s signatures appear on your vase at the same time, this could suggest that the vase is quite precious and that you can receive a good price for it on the market.

This is exclusively applicable to Japanese vases. United States made it mandatory for all objects imported from Japan to bear the NIPPON mark on the bottom of the vase. Until 1920, this custom was followed. Later the Japanese altered the mark in their articles to JAPAN.

So, if you come across a NIPPON mark, you’re looking at an antique that dates from before 1920 and is likely to be valued and respected by collectors.

Keep An Eye On The Materials

You must have a thorough understanding of the materials utilized to create the vases. Metallic paint is applied to Carnival glass vases, which make them heavier and thicker. Vases manufactured during the Great Depression, on the other hand, are clear and light.

It’s critical to understand the material as well as the history of how and when they were manufactured. Always inspect them carefully to see if they are in excellent condition.

Pay Close Attention To The Details

Looking into the vases is a fantastic secret. Because artists hand-polished all external finishes in the past, giving them a finer, more polished texture, the interior of an antique vase should be distinct from its external finishes. They should have imperfections and should not be perfectly symmetrical.

Overmarks are stamps that are added on top of the original vase mark. A glaze was applied to many overmarks, smudging the manufacturer’s mark. If your vase has an overmark, it was created in Europe between the late nineteenth and early twentieth centuries.

Catalogs Can Be Quite Useful

If your vase has a manufacturer’s name on it, you can hunt for it in books, catalogs, or web pages. The book “Miller´s Antique Marks” is an excellent resource for collectors.

We will provide a list of the most precious antique vases in the world, as well as a list of vases of lesser worth but more affordable to collectors, so that you may get an idea of how valuable antique vases are.

Vases that are currently for sale at auction houses and online stores:

We don’t always know how valuable some objects are to avid collectors or those who are interested in collecting things. Vases are one of the most popular items, and because they have existed throughout history and throughout cultures, they may be found in an unlimited variety of forms, materials, and costs.

We hope that this guide has provided you with a brief but comprehensive introduction to the world of vases and that you have learned the keys to determining their authenticity and market value.

Remember that before you make any investment or sell an old object, you should educate yourself so that you can get the most out of it and extend your horizons or contact an antique dealer for help.