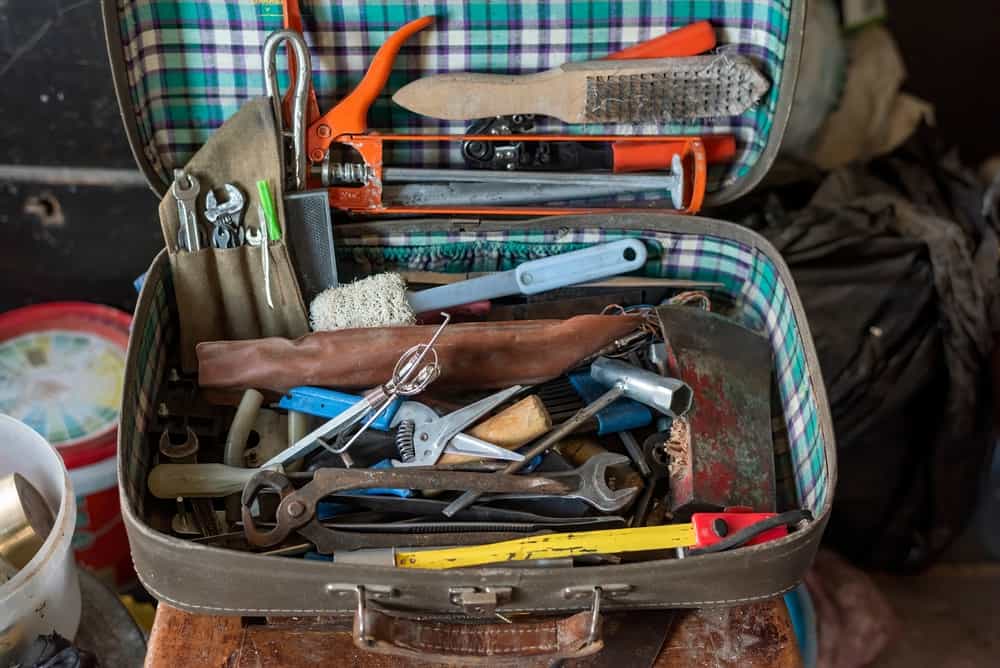 In the age of mass production and automation, you would imagine that people would have moved on from handmade manual tools. However, you’d be surprised to discover that there’s a large market for these antique tools.

People like collecting old tools because it gives them a perspective on the life of previous centuries. Some of these old tools are even used today. In any case, vintage tools, especially rare ones, have become very valuable over the past few decades.

But what is it that makes these rare tools so valuable? And how can you benefit from selling old tools?

Keep on reading to learn more about antique rare tools values and how to sell or buy them.

Do Old Tools Have Any Value?

The value of some old tools can vary significantly depending on a few factors. These are:

The condition of the tools is the most critical factor that affects the value of all antique items, including antique tools. The better its state, the more valuable it is.

It goes without saying that since these tools saw heavy usage, some deterioration is expected. But, any excessive damage or missing parts can depreciate a tool’s value.

Another part of a tool’s condition is its usability. Since some people want to use these old tools for everyday tasks, one that’s in full working condition will be much more valuable. If it’s broken or missing parts, its value will be reduced.

The manufacturer of the tool also plays an essential role in the tool’s value. If you have an old tool from a famous brand like Stanley, it’ll fetch a much higher price than one from a lesser-known brand.

Also, some collectors are very particular about gathering a complete set of tools from a specific brand. Thus, if you have a tool they’re missing from their tool collection, they might be willing to spend some extra money to get it.

A tool’s age will usually also dictate its usability. Most tools that were made before the 1800s can’t really be used for everyday tasks. Thus, their value is much lower than those from the 19th century. Also, they are usually harder to find in the antique market due to their lower demand.

Let’s have a look at some of the most popular and valuable rare tool types, particularly rare tools that were sold for high amounts of money.

Hand plane is by far the most popular and valuable type of antique tool. Planes were woodworking tools that a carpenter would use to stabilize chisels to use on wood.

While there were many woodworking plane manufacturers, it wasn’t uncommon for carpenters to build their own planes. The use of rare types of wood and decorations made each hand plane unique and, thus, highly collectible.

Some of the most expensive planes ever sold are:

Thomas Norris was one of England’s most famous tool makers during the late 19th and early 20th century. He was particularly well-known for his high-quality woodwork planes made from exotic woods.

Norris’ company did not survive after World War II. Most of his planes are hard to find and very valuable. One of his most popular tools is a jointer plane that sold for $12,250.

This is a unique plane crafted by Samuel Minot Adams. Its purpose is more suited to decoration than functionality because it requires switching parts to do different tasks. The rarity and uniqueness of this tool increased its value significantly, and it sold for $19,550. Milton B. Tidey, along with three other individuals from Dundee, crafted one of the most complicated tools for woodworking ever. Its brass arch is stamped with Tidey’s name. This particular one in good condition sold for over ten thousand dollars.

Leon Bailey was a famous tool maker and cabinet maker from Massachusetts. During the mid to late 19th century, Bailey patented many plane designs Stanley produced.

Bailey’s designs are used to this day and are still popular among woodworkers. Apart from wood planes, he also made metal planes, one of which sold for $7,920.

In 1838, Emanuel W. Carpenter from Lancaster, Pennsylvania, patented his own design of a plow plane. This design was unique because it featured a handle in the back. It’s a highly coveted antique tool, and one, in particular, sold for $17,600 at auction.

Other than planes, there are a few additional tools of different types that are very valuable for various reasons.

Leonard L. Davis of Davis Level & Tool Company was a famous toolmaker that was primarily known for his levels and inclinometers. One of Davis’ level designs with detailed decorations caught the eye of collectors and sold for $2,310 at auction.

Where to Sell and Buy Antique Tools?

If you’re looking to sell or buy antique hand tools, there are a few options for you. Online resources like eBay and Etsy will give you the widest variety of tools, so you’ll be able to find even the rarest ones.

If you prefer in-person sales, you can visit local antique stores, flea markets and even yard sales. Also, you can attend special tool auctions that happen frequently. You can learn more about tool auctions as well as antique tools in general at the Union Hill Antique Tools website.

Whether you’re shopping online or in person, you’ll want to do as much research as possible and learn everything you can about antique tools. Have a look at the website of the Early American Industries Association. There you’ll learn all you need to know about the history of antique tools.

Whether you’re shopping online or in person, you’ll want to do as much research as possible and learn everything you can about antique tools.

Several books are essential for antique collectors as they provide information about the products and their manufacturers, along with detailed photographs and illustrations. They also include information on the current values of these items, as well as tips on how to spot replicas or reproductions. Some of the most popular books on antique tool values are:

There are also plenty of online resources that can help you learn more about antique tools and study their values. Some of the most well-known ones are:

Antique tools might seem worthless at first glance, but there’s a large market for them. Old rare tools, in particular, are highly sought after by collectors who are willing to pay a lot of money to add them to their collection.

If you want to sell or buy old tools, make sure to do your own research, so you don’t get scammed. Countless books and online resources help you identify specific tools and determine their values.

In any case, go out there and look for antique rare tools. You never know what hidden treasures you may find!