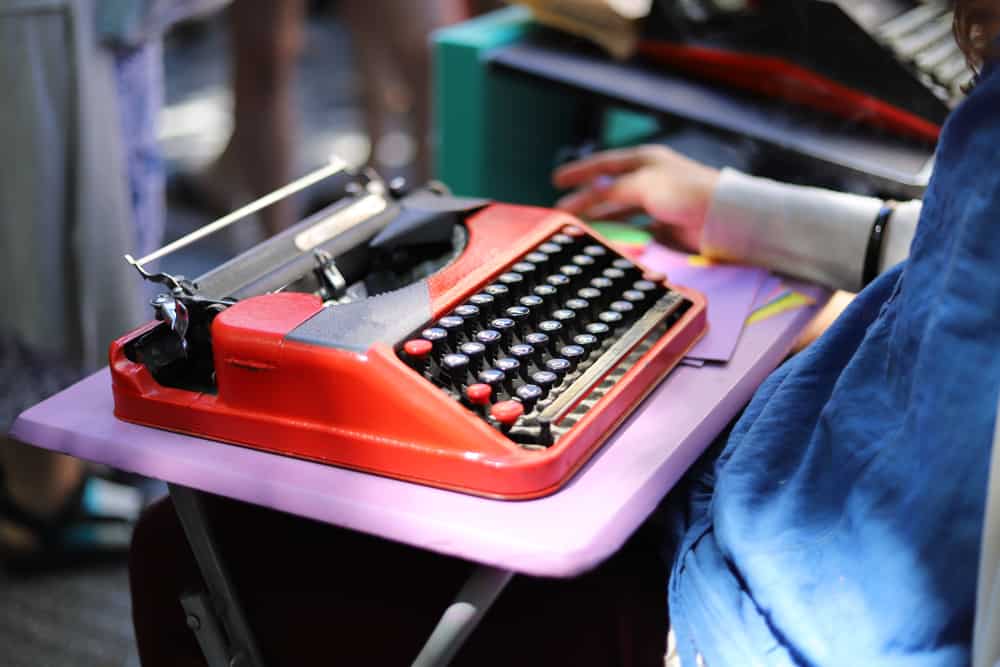 Manual typewriters were major innovations of their era that have become enduring vintage finds as the world has advanced into the digital age. Known for being durable in build and satisfying to the touch, they are still used by writers as well as being popular on the collectible market.

Even “America’s Dad”, Tom Hanks, is known for collecting more than Oscars and Golden Globes: his love of the engineering of each machine has led to a vast collection of models since he was a teenager.

If you’re in the market for a typewriter either as a function or as the first piece in a collection, you can’t go wrong with the Hermes line. They are beautiful vintage models with exceptional function, and their legacy has given their pieces incredible value over the years to sellers and buyers alike.

Learn a little about what sets these beautiful machines apart in this article.

The history of the Hermes typewriter

For many, the pinnacle of progress in vintage typewriters is that of the Hermes manual portable line. The brand was launched by Paillard in the early 20th Century, the product of Swiss engineering that combined watchmaking with music box design to create a portable typewriter that made it an instant success on the market.

Among the vast line of typewriter models available at the time, most were known to be bulky and weighty objects, a fixture at a typing desk rather than something designed for “pick-up-and-go” use.

The Hermes 2000 was launched in 1933 out of Switzerland, followed quickly by the Baby Hermes model, and both of them changed the game by offering lightweight alternatives to the heavy earlier models of typewriter.

Their ease of handling, too, made the models not just portable, but allowed typists to adapt to the models with minimum difficulty. In modern terms, Hermes may well have been thought of as the iPad of its time, making it the ideal personal typewriter that was equally adaptable to office use.

What are the famous Hermes typewriter models

Don’t let the number confuse you, the Hermes 2000 is the original and still quite revered by collectors and enthusiasts. Later models would offer minor cosmetic changes as well as more significant changes in size or sound.

The keyboard mechanism is known for its volume, giving a satisfying click-clack sound that rings out in definitive, atmospheric taps. Moreover, the style of the typewriter itself is stark and clear: offering a look that quite clearly sends a message that it is a flagship model. With black and silver coloring and iconic markings such as swirls to indicate the ribbon spool locations, it is a simple, and yet grand, look.

The Baby Hermes, or its similar model, the Hermes Rocket, is an exceptional upgrade from the Hermes 2000 in a number of ways, even though only three years passed between the release of each model. In appearance, it presents itself as a friendlier, more portable model bearing a soft seafoam exterior.

Weighing half of what the Hermes 2000 weighed, to this day the Baby is considered one of the finest portable typewriters, if not the finest. A notable advancement is its shift key. Whereas most typewriters’ shift function raises the entire keyboard to access any capital letter, the Baby accomplished this by simply tilting the keyboard slightly, allowing easy and efficient access that catered to the model’s portability.

The Hermes 3000 is considered by many to be truly the finest typewriter in the world, and the preferred model of legendary authors such as Larry McMurtry (Lonesome Dove). Paillard, also known as Paillard-Bolex due to its acquisition of the Bolex company in 1929, boasted a stronger clarity of type than its predecessors.

It also provided margins on the roller that was visible on the front of the sheet of paper, a first in typewriter history that provided incredible benefits to typists, providing a professional touch whether as office machines or author’s home pieces.

Additionally, the 3000 model sports an insulated body, and will not click-clack as loudly as the 2000 when typing. For some, the sound and feel of the type make all the difference, so in weighing whether you would prefer a 2000 line model to a 3000, it comes down to taste in this aspect.

Are old typewriters worth any money?

There is a lucrative typewriter market out there, but as with most antiques, you have to be aware of what drives the value of your piece upwards. In the case of typewriters, the function is everything. Although a vintage typewriter may make an eye-catching accessory for your study, if it does not work, it does not serve many purposes. That’s why it’s essential to have a working typewriter if you want to profit off of it.

As with other antique items, the other factor that will drive up value is the desirability of the product for the market. With Hermes, it is hard to go wrong here, as many a buyer are enthusiastic fans of what is now a limited selection. Restoration, even if it’s only to clean up a few scratches, can go a long way in turning your old Hermes into a quality item that can compete with top sellers.

For many rarer typewriter models, the value can appreciate well into the thousands, in fact. These are often models that run quite older than Hermes, which will more likely be found in the $500 to $1,000 range. However, as the years go by, antiques become rarer, and with Hermes being a product with legacy and respect, we can expect them to increase in value as they become harder to find.

How do I know if my old Hermes typewriter is real?

If you’re unsure of the origin of your Hermes typewriter, you’re in luck. As these models were mass-produced, they’ll come with a serial number. You can even look up that serial number to learn more about your typewriter with this database.

To find the serial number on your Hermes 3000, take off the ribbon cover and check the left side, in front of the ribbon spool. You’ll see a metal-stamped plate with the number on it. For the Hermes 2000, look on the right side of the machine below the carriage. You may have to shift the carriage over fully in order to get a good view of it.

Different years will produce slightly different makes, so if you can’t find the serial number at the locations above, keep searching. They are made to stand out and will likely be visible by inspecting the carriage, the underside of the body, or even around the edge of the keyboard for a more plain view.

If I want a Hermes typewriter, where can I start looking?

Due to the demand of vintage typewriters both for function and fashion, you’ll find that the Hermes line of typewriters is available in many sites around the web.

Mr. & Mrs. Vintage Typewriters is a specialty shop dedicated to providing working, restored models. Both for the buyer’s peace of mind and for pure interest, they provide information about their restoration work and service so that you know you are getting quality for the purchase. As a specialty shop, however, you’ll find that they will, at times, run out of stock on the more popular models, and you might have to search elsewhere.

While Etsy.com is known for homemade market items, the Hermes typewriter is a style that suits its demographics, and you may well find the product you’re looking for in a quick search through their website. If Etsy comes up short, you may well look to the auction giant eBay, which will not only provide what full products are available, but also parts and accessories on occasion for your restoration and replacement needs.

Writing, throughout history, is a tactile experience, whether with a quill or a keyboard. There’s a true legacy that authors will often harken back to when they talk about the touch of their typewriter, and it’s an experience that endows such a simple machine with emotional attachment. And so, the Hermes typewriters often bring more to the table than their already beautiful engineering.

Whether or not you’re choosing to use the typewriter for your own writing, a Hermes is a piece of history to be cherished and remembered, and it will also most likely increase in value over time. Antiques enthusiasts and inspiring novelists will not be disappointed by acquiring one for themselves.

Using the above knowledge, you can look forward to acquiring the piece that’s perfect for your own individual needs.