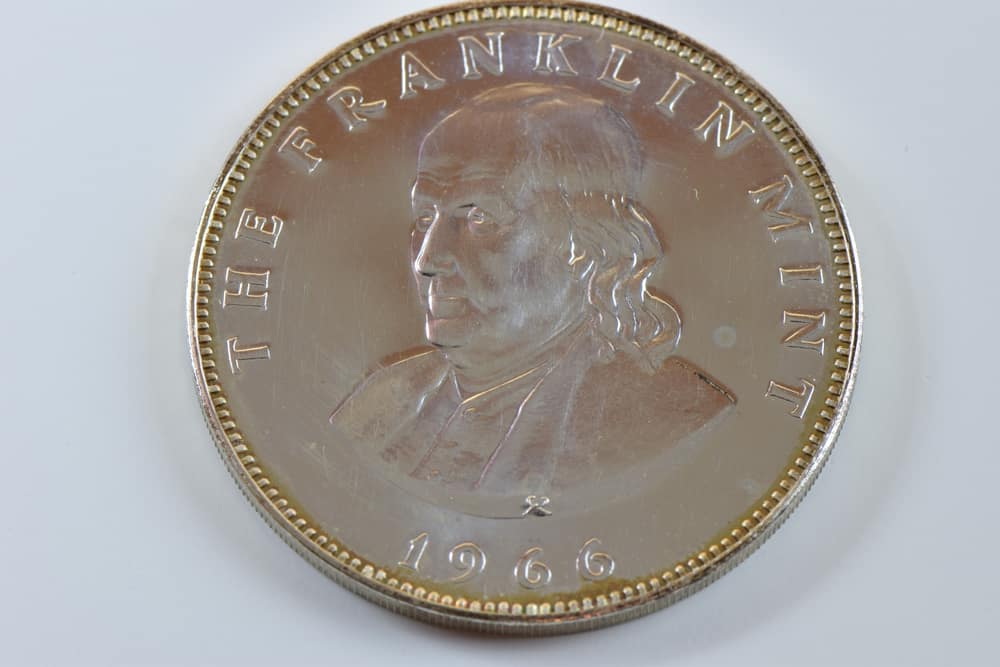 People love collecting stuff, whether it’s vinyl records, comic books, or coins. The pride and satisfaction you get when finding a unique or rare item to add to your collection are unparalleled.

During the latter half of the 20th century, the Franklin Mint started to produce and market different types of collectibles. These collectibles soon became popular, and everyone wanted to get their hands on them.

Keep on reading to learn more about the history of the Franklin Mint, as well as some of its most valuable collectibles.

The Franklin Mint was originally established by Joseph Segel in 1964 in Wawa, Pennsylvania. Initially, it operated as a private mint and produced rare coins from precious metals like sterling silver.

But, the Franklin Mint soon got into the collectibles market and started to mass-produce items like dolls, jewelry, coins, medals, and diecast cars, among others. These items were considered limited edition since they would run for a short period, and then their production would stop.

After several different owners, including M. Moshe Malamud and a group of investors during the early 2000s, the Franklin Mint was eventually sold to the Retail Ecommerce Ventures group.

Nowadays, the Franklin Mint still deals in collectibles, but it has switched its focus to coins, historical artifacts, art sculptures and paintings, and model vehicles.

The answer to this question is: “Maybe”.

Most collectibles from the Franklin Mint sold for a few dollars, but some reached up to a few hundred dollars. A Franklin Mint item’s value might be higher or lower in today’s market, depending on the item itself.

The items that have significantly appreciated in value are those made from precious metals like gold or silver. This is due to the price increase of the materials rather than the particular item. For reference, a set of silver ingots worth around $500 in the 70s could fetch up to $3,000 today.

On the other hand, most of the common collectibles from the Franklin Mint have not retained their value. In fact, they have significantly depreciated in value. Even the most popular ones, like some dolls with faces of famous people, now sell for a fraction of their original price.

Here are some of the most valuable Franklin Mint collectibles from previous decades, as well as more recent years:

Coins, ingots, and medals are the most valuable items from the Franklin Mint but also the most difficult ones to determine their value. This is because these items can be valued according to different parameters.

Firstly, they can be sold based on the value of the precious metal they were made from and their weight. But, the prices for precious metals like gold or silver can fluctuate significantly, and you should do your research when trying to buy or sell a gold or silver item.

Also, these items can be valued as a set of collectibles. In general, whole collections are much more valuable than a single item on its own. So, if you have an old set of rare coins or a Franklin Mint one, it will have a higher value than the total value of the single coins.

Finally, the ingots and the medallions can be valued as art pieces rather than silverware. If they have a unique shape or pattern, they may be more valuable than other more common items.

Some notable and valuable coins, medals, or ingots from the Franklin Mint include:

Another very popular type of collectibles that the Franklin Mint sold was dolls. These Franklin Mint dolls were usually around 19 to 22 inches in size, were crafted from porcelain, and hand-painted. They would depict famous individuals dressed in signature clothing or portray ordinary people.

Most of these dolls used to sell for up to $100, but the more popular ones could sell for $200. Unfortunately, the value of these collectibles has depreciated significantly over the years. At best, you’re looking to get around $50 for one in good condition with a certificate of authenticity and the original box.

Some of the most popular dolls that still sell for higher prices today are:

Decorative plates were another collectible that the Franklin Mint produced heavily. It used numerous subjects and themes to decorate these plates and crafted them from silver, porcelain, or china.

The first plate from the Franklin Mint came out in 1970 and depicted one of the most famous Norman Rockwell paintings, Bringing Home the Tree. Other themes used to decorate them were wildlife, celebrities, sports, motorsports, and science fiction, among others.

Nowadays, these collectible plates don’t have as much value as in previous decades, and you can usually find them for under $50 each. This makes them an affordable and fun alternative to decorate your shelves with.

While their value is relatively low, they can still be affected by factors such as the material used to make them, their condition, and their rarity. Silver as a material is highly valued; therefore, silver plates are more valuable than china or porcelain ones.

Also, a Franklin Mint collector will be willing to pay more money for a plate in excellent condition than one with noticeable scratches, chips, or any sort of damage.

Naturally, some particular series of plates that were the most popular or rare and unique and, thus, have the highest values. These include:

Other notable Franklin Mint collectibles that sell for a lot of money include:

Where Can I Buy and Sell Franklin Mint Collectibles?

If you’re interested in buying or selling some older collectibles from the Franklin Mint, your best options are websites like eBay and Etsy. There, you’ll find a plethora of Franklin Mint items, and you can compare their prices to find the best deal for you.

When you’re buying a Franklin Mint collectible or any type of collectible, double-check its condition, as it can play a big part in its price. Also, research each item, so you don’t get scammed.

Finally, if you’re dealing with silver or gold items, make sure to ask the seller how they valued their items, as the precious metal market can be particularly volatile.

Overall, Franklin Mint items are amusing and unique, as they can give you a perspective on what people collected during previous decades. However, you have to remember that most of these items did not age well, and their values have diminished significantly compared to their original selling price.