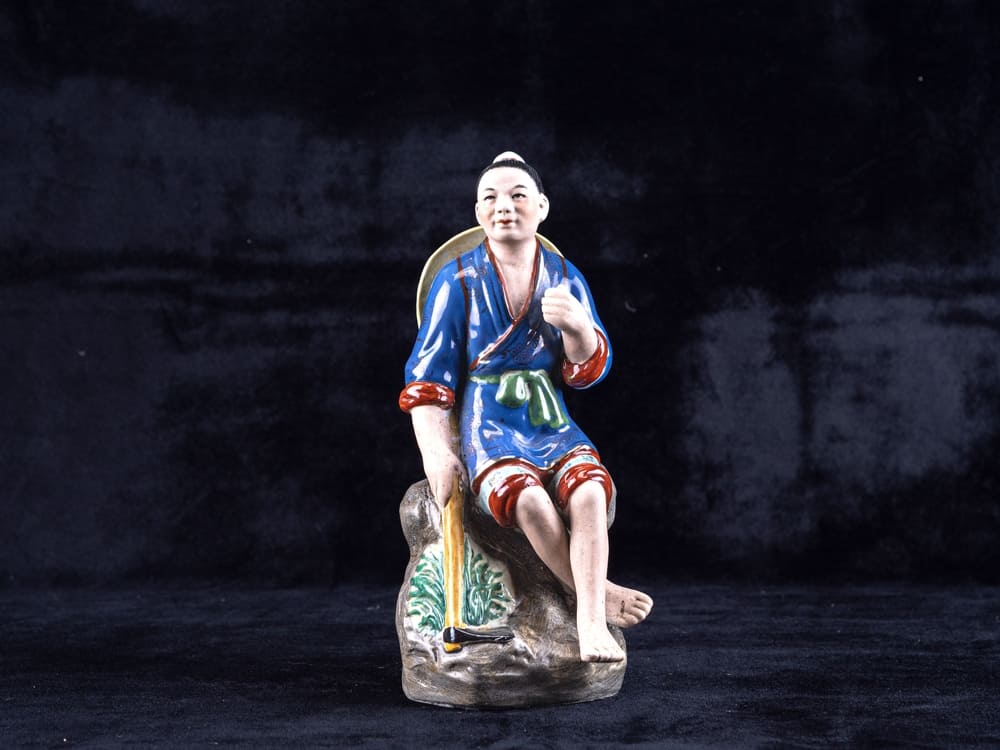 Figurines are among the most popular collectibles. Countless different types of them originate from different eras and all sorts of media. One of the most famous kinds of figurines to collect is oriental figurines of Chinese figurines.

Chinese figurines have been produced for thousands of years due to China’s long history. Throughout the years, craftspeople made these figurines in different styles and from various materials. Therefore, identifying the origins and authenticity of Chinese figurines can sometimes be challenging.

Do you want to learn more about how to identify Chinese figurines, so you can start collecting them? Perhaps you found some old oriental figurines and want to know if they’re authentic to sell them? In any case, you’re in luck!

In this article, we’ll thoroughly examine figurines that originate from China and how to identify them and assess their value.

Keep on reading to learn more about Chinese figurines!

What Is a Chinese Figurine?

The term “figurine” is a diminutive term of the word figure. Chinese or oriental figurines are sculptures that were crafted in China by trained craftspeople to be decorative items.

These figurines usually depict a single or a group of humans or animals in everyday situations. They can be made from many materials such as wood, metal, or clay. Nowadays, though, the most common ones are plastic or resin figurines.

Throughout the several dynasties of Chinese Emperors, there have been numerous styles of Chinese figurines. Some were made with cheap materials by amateur hobbyists, while highly skilled artisans crafted others out of precious materials.

The Materials of Chinese Figurines

The most popular materials that were used to make Chinese figurines were clay and precious natural materials such as ivory and jade. Ivory, in particular, is a material currently prohibited from being used for sculptures but was very popular back in the day.

Artisans would craft beautiful ivory figurines by hand and add colors to make them more appealing. It was common for these figurines to depict the Chinese Emperor and be utilized as decorations.

Nevertheless, the most popular material for crafting Chinese figurines was clay. Clay could be turned into different materials like Chinese ceramic or Chinese porcelain, depending on its fineness and the temperature it was baked in.

Some famous styles of Chinese figurines include:

A very popular type of Chinese clay figurines is Huishan clay figurines, which were prevalent during the Ming and Qing dynasties. They were small, rounded figurines with distinct characteristics and bright colors.

These clay figurines were crafted out of a particular type of black mud found on the foothills of the northeast slope of Huishan Mountain. They can be divided into two categories: coarse Huishan figurines, which featured large heads and small bodies, and delicate Huishan figurines made more exquisitely with better proportions.

Generally, China is very well-known for its porcelain ware. Dehua porcelain, also known as Blanc de Chine (white China) in French, is a very popular type of porcelain. This white porcelain originated from Dehua in the Fujian province and was commonly used to craft figurines.

Dehua porcelain figurines were popular in China during the Ming dynasty and eventually reached Europe during the 18th century. The unique appearance of the material made it very popular, with imitations created in Saint-Cloud, France, and London, England.

During the Manchurian Ch’ing Dynasty, mud figurines became prevalent because they differed from other figurines. The process of building these mudmen figurines was long and usually included several people from a single village. Many depended on these figurines for their economy once the rice harvest season was over.

These figurines usually depicted men holding items such as pots, flutes, or scrolls. The smaller figurines could be made easily and quickly by a single craftsperson. However, the larger ones required special molds for each part. After the molding was finished and the clay was baked, artisans would glaze the figurines with different colors to make them more lively.

How to Identify Chinese Figurines?

Chinese figurines were made in abundance for several centuries. When they arrived in the western parts of the world, they came in such a massive surge that it can be challenging to pinpoint their origin.

Also, since they became popular very quickly in the West, some crafters began creating replicas or fakes and selling them as authentic China figurines. Therefore, it’s not easy for people to identify whether a Chinese figurine is genuine and determine its origin.

If you have some old figurines that look like Chinese ones, your best option is to ask for professional help. A trained appraiser can correctly identify the figurine and give you additional details about it.

There are also a few things you can look for by yourself. But, remember that these can only give you a rough estimation of your figurines’ origins and authenticity.

China ware, including figurines, often comes with certain hallmarks at the bottom. These can be a maker’s mark or marks that show its origin or materials. However, these marks can sometimes be difficult to decipher since they are usually special Chinese symbols. Nevertheless, if you find any marks on a vintage figurine, look them up online, as they might be helpful for identification.

Naturally, an old Chinese figurine will have a certain patina. Since these figurines can be hundreds of years old, finding one in pristine condition is almost impossible. If you find one, then it’s most likely a modern replica.

Nonetheless, replica artists also apply faux patina to their pieces to mislead people. Remember that the environment plays a significant role in the patina of a piece. For instance, an outdoors figurine should have signs of weather exposure. Similarly, if the patina marks on a piece are wiped off with a simple damp cloth, they are fake.

Since most small Chinese figurines were handmade, they are expected to have certain marks on them that show the hand of the craftsperson. Things like marks of chisels from carving stoneware or fingertip marks on clay cannot be replicated, and they should be an indicator that you have an authentic handmade Chinese figurine.

How Do I Know if My Figurines Are Valuable?

Similarly to the identification process, it can be challenging to assess the value of figurines on your own, and you should ideally send them for a professional appraisal. Still, a few general factors can affect the value of all collectibles, including figurines:

The condition of an old item is usually the most crucial factor determining its value. Naturally, antique items are expected to have signs of age, particularly those that are centuries old or have been through some heavy usage.

Still, natural aging signs are different from signs of misuse or improper care. An antique figurine that has chips or cracks is considered to be in poor condition and will be significantly less valuable. Missing accessories or the original box can also negatively affect the value of Chinese antiques.

When it comes to vintage items, such as vintage Chinese figurines, the consensus is that the older an object is, the more value it has. Since antique Chinese figurines were produced for several centuries, some styles from a particular era will be more popular than others.

The rarity of an antique item is usually determined using two factors: its scarcity and desirability. For something to be considered rare and valuable, it must be very popular or hard to find. In the case of Chinese figurines, some types, such as ceramic figures, might be more readily available than the rare and highly coveted ivory or jade figurines.

If you want to start collecting figurines, including Chinese figurines, here are a few tips to consider:

Collect What You Enjoy

Collecting is a hobby, first and foremost. While some people collect different items for monetary value, you should ideally collect items you love and enjoy. When it comes to Chinese figurines, collect the ones that look pretty or interesting to you!

Naturally, the monetary value of your collection is a consideration, but don’t let it overshadow your collector’s passion.

Learn As Much As You Can

Any veteran collector will tell you that proper research is one of the most important things to do. You must learn as much as possible and familiarize yourself with the items you collect.

A Chinese figurine has plenty of things to study, such as its history and origin, the colour palette and shape of the item, and any manufacturer stamps that come with it. This way, you’ll be able to distinguish the authentic from the fake ones and avoid getting scammed.

Collections are not built overnight. Beginner collectors often make the mistake of rushing to purchase as many pieces as possible to fill up their shelves. If you do that, you’ll probably end up with a bunch of useless pieces and a lot of wasted money in the long run.

Instead, decide on what you want to collect specifically. For Chinese figurines, it might be clay figurines from a particular era or ivory figurines depicting Chinese Emperors. Every time you find a new piece, consider its condition, value, and if it fits the theme of your collection.

Chinese figurines are some of the most popular China ware. Since they were handmade by both amateur and professional craftspeople, they offer us a window to the life and culture of Asian people centuries ago. Not to mention that they are an excellent option for any decorative style.

If you’re interested in starting your own collection of Chinese figurines, make sure to do plenty of research and follow some of the tips we recommend. In any case, go out there and look for some antique Chinese figurines to add to your collection. You never know what hidden treasures you might find!