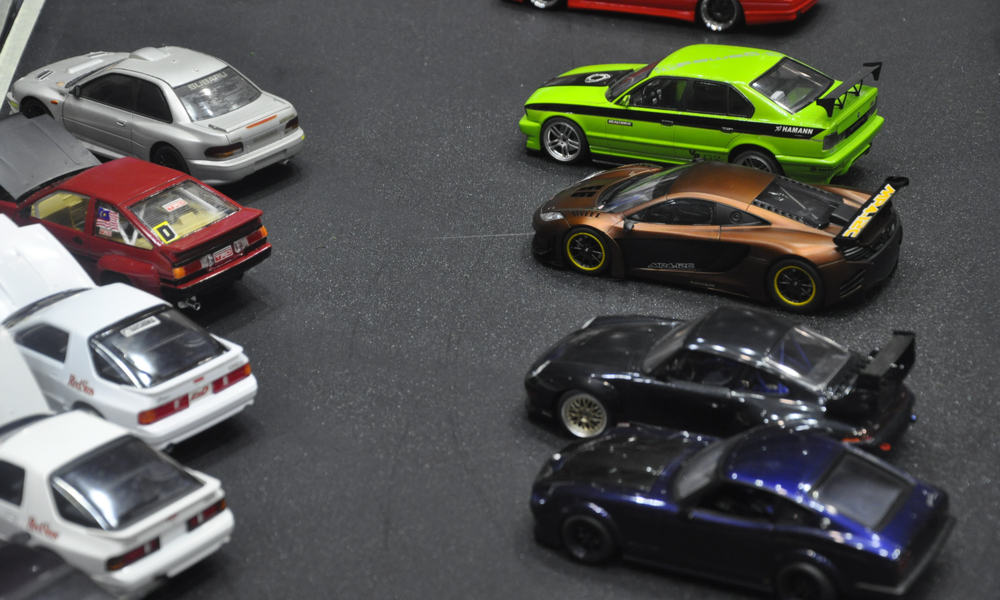 Matchbox cars are small toys designed to fit inside a matchbox. These model cars have varying levels of realism. Some have bright colors and fun stickers, but others have doors that open and interiors that mimic their life-size muse. But you need to consider two dates.

Sometimes (e.g. with classics), a matchbox car was released in 1957, but it was based on a car made in 1928. This can be confusing, so always double-check. But how can you spot the most valuable Matchbox cars? Always start with the ‘sold tab’ for proven accuracy. Let’s get going!

Most Valuable Matchbox Cars Worth Money

The best way to trade matchbox cars is to buy them in bulk at estate auctions, flea markets, garage sales, and the goodwill store. That way, you can get tens or even hundreds at about a buck each. You can then separate your haul by quality, condition, category, brand, and year.

This isn’t a crucial step, but it makes reselling easier because you can segment your buyers. Targeting consumer categories makes your sales faster and more profitable. Take good photos from multiple angles. Check what features buyers want so you can emphasize them. 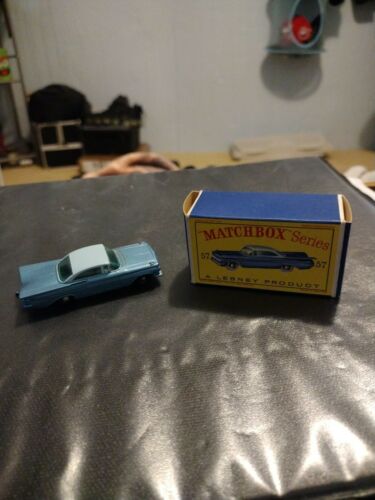 On certain listings, you’ll see something like ‘Please don’t copy-paste my listing!’ It’s a fair request since it takes weeks to do the research. While it’s bad form to Ctrl C + Ctrl V, you can study listings that are well crafted and use the same style in your own matchbox car listing. 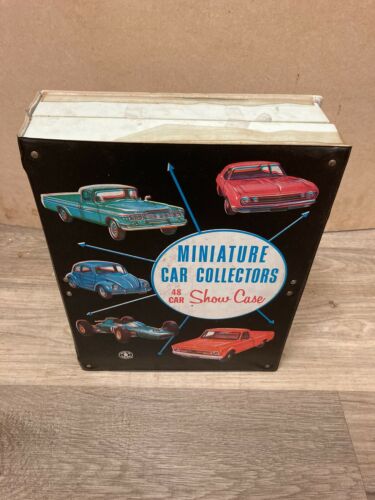 Matchbox cars were initially made by the Lesney Company in 1953. The earliest models were marked Moko. Later ones were stamped Matchbox Lesney. They were initially made in England and are in high demand among collectors. Newer cars came from Macau or China.

Lesney cars started out small and got bigger by the decade, so that’s one way to date them. You can also check under the car to see the year and place of manufacture. Certain colors have premium value, so it helps to have a list (and a swatch) of the most sought-after shades. 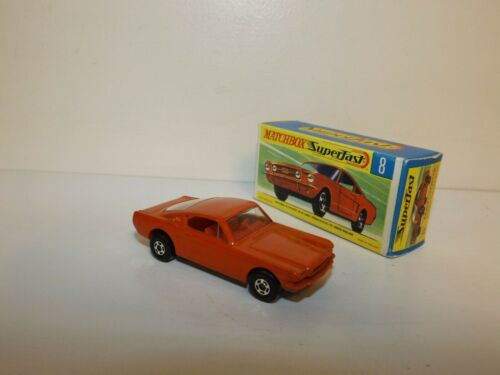 While Lesney Products made their name in matchbox cars, it wasn’t the only thing they made. The company specialized in die-cast miniatures, and one of their top sellers was a model of the gilded horse carriage Queen Elizabeth II rode during her coronation ceremony.

But how did they go from this to toy cars? Jack Odell – who founded the company – had a daughter who could only carry match-sized toys to school. So her daddy invented cars that could fit in a matchbox to obey his kid’s school rules. The cars got more elaborate over time. 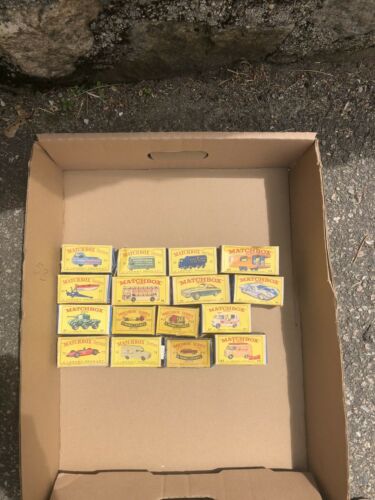 The first ever matchbox car was a steamroller cast in red and green (though they called it a road roller in the UK). It featured a little green driver and was soon joined by a cement mixer and a dump truck. As the first three ever molded, they can fetch amazing prices as a full set.

Initially, the Matchbox Series contained 75 cars in matchbox replica packaging. No. 5 was a popular one too, featuring a red double-decker bus. These boxes were branded Moko Lesney. The cars (and boxes) marked ‘Made in England’ are often the most valuable matchbox cars. 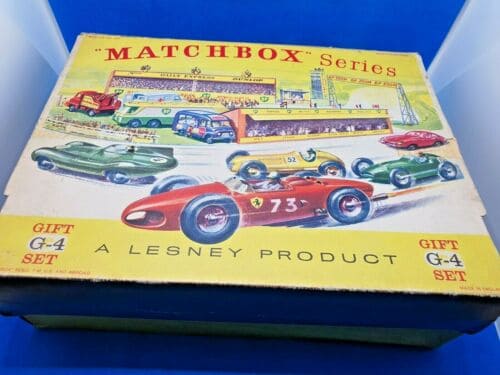 We’re focusing on matchbox cars today, but Lesney also produced bigger toys. Their No. 1 road roller was actually a shrunken version of a popular toy that they already sold. Moko was their distributor and marketer, so those first ‘1 in 75’ miniatures were marked Moko Lesney.

As sales (and manufacturing) went overseas, the company switched the branding to Lesney Product. They sometimes used localized packaging, so the box might say Matchbox Superfast or the series numbering may differ. A different box design doesn’t necessarily mean it’s fake. 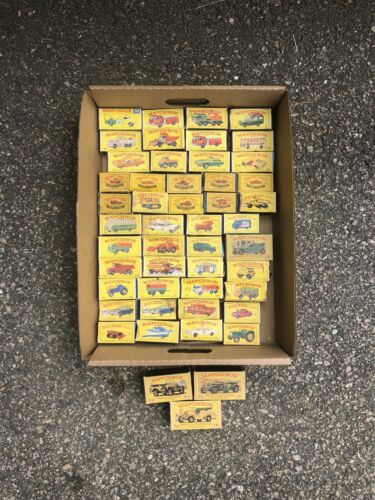 That Moko branding can help you date the piece though. Lesney bought out Moko’s shares in 1959 so any matchbox series released after that didn’t have the Moko sash. The car molding materials are a clue as well. The earliest cars were 2” full-metal without glass window panes.

Instead, the door and window openings were left bare. Later, plastic windows were added, as well as other bits of trim. By around 1968, Lesney was the market leader for matchbox toys. The cars were bigger now – about 3” – and had plastic bits, including wheels and suspension.

But why are matchbox cars so much more popular than other toy vehicles? Well, Lesney was dedicated to producing miniatures that were true to form. They looked as close to the real car as possible, and designers worked with photos and blueprints taken from the manufacturers.

By this time, the teeny tiny vehicles commanded the market, so you’d find small toy cars described as matchbox cars, even when they were made by rival brands like Corgi and Dinky. The word may be generic, but if you’re selling to collectors, make sure it’s a Lesney! 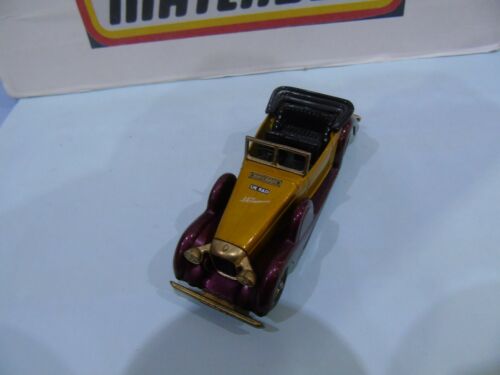 If you intend to trade the most valuable matchbox cars, it helps to be familiar with their top series. We’ve talked about the 75 miniatures that were 2” tall and had no windows or interiors. They also released a … retro series in 1956. It was called the Models of Yesteryear.

These were matchbox models of normal-sized vintage cars that ran on steam engines. Cars in the series were marked with a Y + the toy number. e.g. Y-16. Then came the Major series. It was marked with an M + the toy number, and it mimicked big trucks and construction gear. 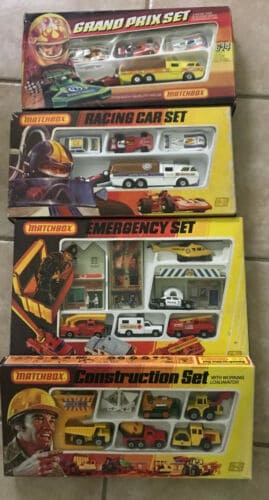 While Matchbox Majors feature large vehicles, they weren’t the only big toys that Lesney released. They also produced a king-size series that had bigger versions of their most popular matchbox cars. These were marked K + toy number. So here’s one way to maximize profit.

Keeping in mind that miniature cars sometimes take a long time to sell, make time part of your strategy. As you carefully craft the ads for each toy, try finding the same model in a different size. If you could get a matching M-3 and K-3 for example, you’ll earn more money. 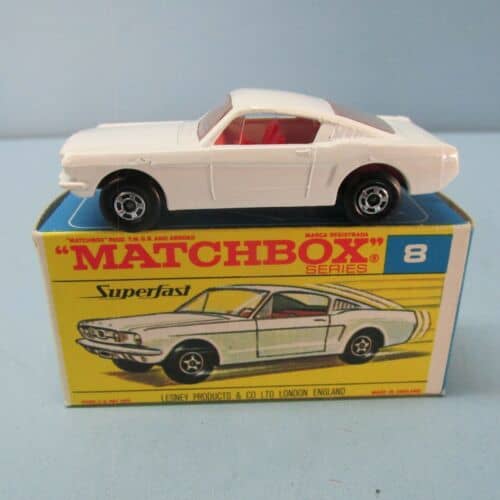 If you’re considering a matching set like the one we mentioned above, double-check the authenticity. Just as an example, the first ever steamroller was marked Moko No. 1 and had a green driver. But the king-size steamroller is marked K-9 (not K-1!) and has a red driver.

Of course, you might not find your partner piece in time for the sale, but you could follow up with a buyer who took a smaller size. They might be willing to bid on the bigger version and make your auction more exciting, even if they don’t end up buying the larger matchbox car. 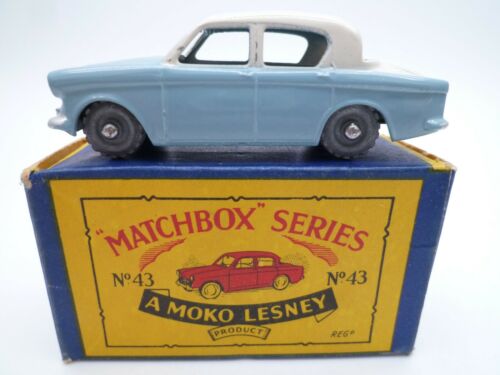 Capitalism follows a pretty predictable formula. So just like Barbie, Matchbox cars eventually got accessories (that were sold separately). You can raise the value of your resale by tossing some into the lot. Add a few street signs, garages, gas pumps, or add-ons related to that toy.

For reference, the first 75 came out starting in 1953. Accessories followed in 1956, then the Majors in 1957. King-size cars came in 1960. Also, speaking of Mattel, the Hot Wheels line of cars is often considered a valid matchbox car by collectors and enthusiasts – heads up! 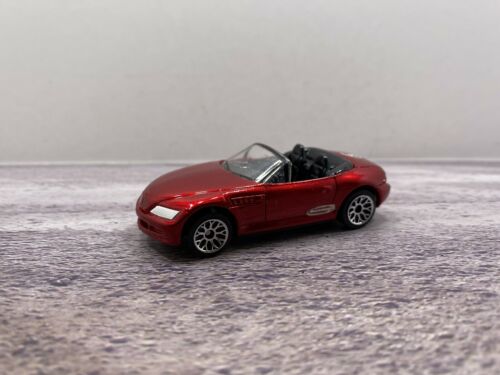 Essentially, this means the most valuable Matchbox cars don’t have to be Lesneys. They can also be Hot Wheels, Dinky, Corgi, or Johnny Lightning, but only if your buyer is open to these other brands. Some resellers will even ditch the Mokos and focus on American brands.

Hot Wheels and Johnny Lightning were US-made brands while the others were from the UK. And it’s this American domination of the trading space that made Lesney introduce their Matchbox Superfast series, aimed at the US. It had those low-friction wheels the locals loved. 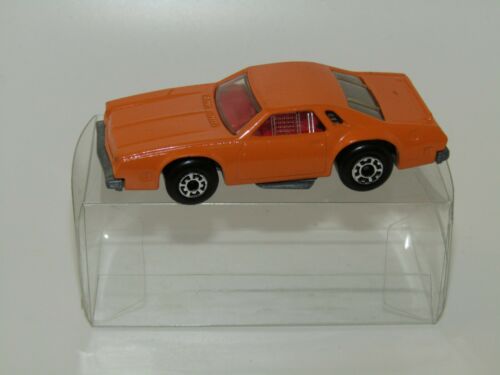 Hot Wheels weren’t as carefully crafted as Lesneys. Their scale wasn’t always realistic and many of the cars were styled to fit a fantasy. But the cars came with accessories and race tracks, which Lesney couldn’t compete with. In the US, it was all about that razzle-dazzle.

This essentially meant the child-centered toys appealed to kids and race car enthusiasts. They made more sales and were played with more, so if you find any to resell, they’re probably well-used and in bad condition. It’s another reason why collectors pay more for UK models.

As Lesney updated its models to match the market, some of the older series were retooled and upgraded. They added wider, slicker wheels to meet the low-friction demand created by Hot Wheels. So you might find a Major Truck or trailer that has a different style of wheels.

This may not seem like a big deal, but remember, the most valuable Matchbox cars end up with collectors. And they tend to be fussy about details like this. Also, these variations can help you date your toy car, which could shift your price from the tens to the high hundreds. 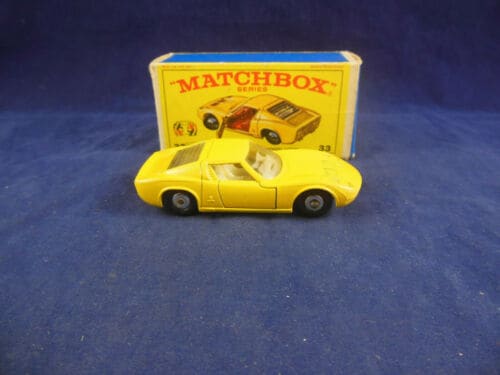 What powers matchbox cars? Lots of them had clockwork motors, meaning you’d reverse the car or manually turn the wheels to gain momentum, then release it and watch it shoot forward. It’s why those early Hot Wheels boxes boasted ‘no batteries, no electrical current!’

Later, cars would run on both. For a short time, Lesney even released a series of rechargeable electric Scorpion cars. (And if you can find one, avid collectors will pay a bunch!) But by this time, the big names produced similar ranges, with fantasy models and race tracks included. 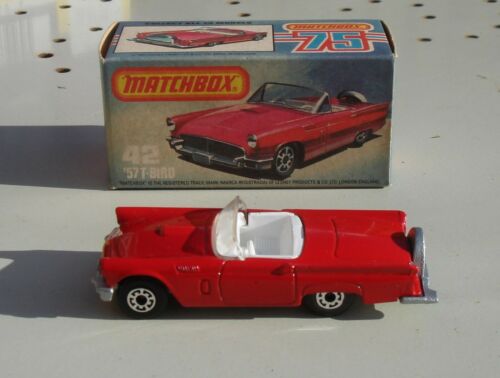 Many collectibles start their life as toys targeted at kids. But some savvy parent or elder sibling spots the potential profits. So they might commandeer the child’s toy, but more likely they’ll buy their own toy and hide it away in mint condition, never unpacking it from its box.

Of course, once the manufacturer discovers this, they begin to produce high-end units targeted at collectors. For Lesney Matchbox cars, these took the form of regional models with localized advertising. If you bump into them, they resell for a truckload, so keep an eye out! 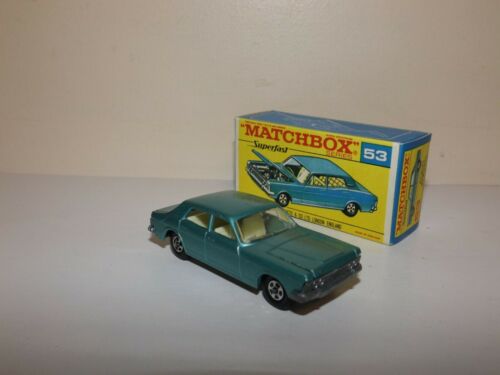 To make these collectors cars, Lesney directly engaged enthusiast clubs and conferences. The company made promotional vehicles for product placement, mostly on their double-decker buses and yesteryear classics. Although these were commercial cars, collectors love them.

While we’re on the subject, are Lledo matchbox cars worth anything? Well, when Lesney went bankrupt in 1982, it was sold to Universal Toys. But Jack Odell kept some stuff for himself, rebranding his toys as Lledo – spot the anagram! So some buyers do want these cars. 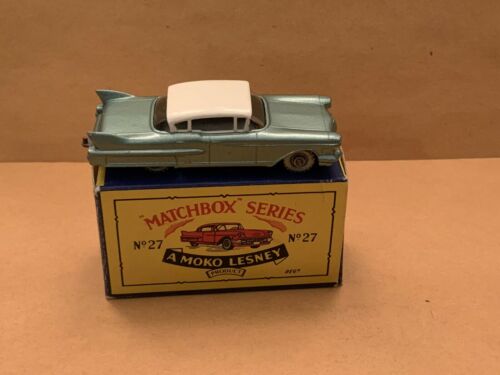 We keep mentioning the importance of dates in this reselling sector. So it helps to know any matchbox cars after 1986 were rebranded Matchbox International Limited. By then, it was a public company complete with a glitzy New York IPO. Soon after, Matchbox took over Dinky.

Dinky had gone bankrupt just before Lesney did, and Corgi followed suit in 1983. At this point, manufacturing the toys in the UK stopped making financial sense, so they moved to Macau and later China. But the quality was lower so these cars aren’t as profitable to resell.

Tips on Reselling the Most Valuable Matchbox Cars

Whether you’re sifting childhood collections or cataloging a new lot, here’s some advice:

Do you have any more tips on the most valuable Matchbox cars? Tell us in the comments!