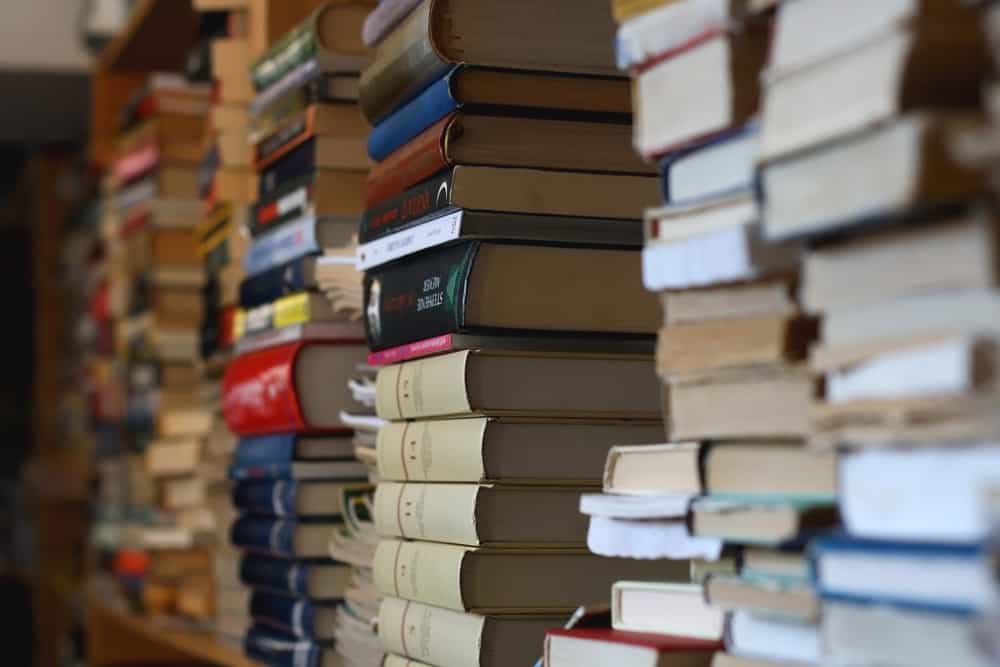 The person who coined the old saying ‘Don’t judge a book by its cover clearly didn’t realize how valuable covers can be!

Valuable books, be they first editions or part of a collection, can fetch some of the highest prices at auction than any other collectables.

And yet, so many valuable books lie hidden on dusty bookshelves, tucked away in attics, or underneath junk at thrift stores and yard sales.

If you ever thought about investing in books, building a rare collection, and reselling it for thousands of dollars, we’ve got some important tips and tricks to keep in mind.

What books are worth the most?

Whilst it might prove hard to find first editions of any of these, it’s worth remembering that if a book is valuable, subsequent editions, limited releases and unique dust jackets can still fetch a high price at auction.

Our advice? Collecting interesting books – and be patient. Who knows what edition may become the most sought after. Whilst usually first editions are the rarest, sometimes repeated prints can attract attention.

Below are 15 of the most popular books you can invest in. We’ve included a mix of record-breaking auction sales to show just how much money you can make. Some modern books also feature, showing that a good book will sell well at auction, regardless of its age.

1. Harry Potter and the Philosopher’s Stone by J.K. Rowling

With more than 120 million copies sold, Harry Potter is one of the most successful book series of all time. And if you bought a copy of the first book back in 1997, you could potentially be sitting on a goldmine.

A mint condition copy of the first book sold for a staggering £356,000 in Texas last year. There are some specific reasons why that edition sold so highly, though.

Hailed as one of the greatest books of all time, The Great Gatsby had very low sales on release and was regarded by many as a failure. By 1940, it had only sold 25,000 copies before the author passed away.

It wasn’t until after World War 2 that people took a major interest in the book, at which time first editions were incredibly rare. A first edition with its original iconic cover is now worth $150,000 at auction.

The Hobbit is a highly collectible book because of the many different editions released, all of which are considered rare by collectors. The Tolkien Library has a database of all the different editions that are worth their weight in gold.

If you’re lucky enough to own a first edition of The Hobbit, expect it to sell upwards of $50,000. Some copies, like this one which contained a handwritten note from the author, sold for an impressive $211,000.

As it was only published in 1996, there’s a good chance that many first editions of the famous Bridget Jones’s Diary are hiding in bookshops, attics and coffee tables worldwide.

Whilst they aren’t comparable to Harry Potter or The Hobbit, you can still expect a cool $500 at auction.

5. To Kill a Mockingbird by Harper Lee

Despite winning the 1961 Pulitzer Prize for Fiction, only 5,000 first edition books of To Kill a Mockingbird were published. If you’re lucky enough to buy one of those elusive copies, expect it to sell anywhere between $75,000 and $100,00 at auction.

One of the breakout stars in Young Adult Fiction in the 2000s was Stephanie Meyer’s vampire story, Twilight. And despite still being readily available in bookstores, a first edition copy of Twilight can fetch over $1,000 at auction.

Often regarded as the greatest book ever written, James Joyce’s Ulysses caused quite a stir over its ‘racy themes’ in the 1920s.

First editions are incredibly rare to find, as countries banned the book on its release. A well-preserved first edition copy of Ulysses sold for a record £275,000 back in 2009.

8. The Hunger Games by Suzanne Collins

Another modern bestseller to consider collecting is The Hunger Games by Suzanne Collins. Despite only releasing in 2008, first edition copies are highly valuable.

Whether it’s because of the high quality of the books, or the plethora of Hollywood blockbusters based on the storylines, first editions of each book sell for a cool $1,500 at auction. And if you’ve built a complete collection of first editions, you can sell them all together for $4,500.

9. Tamerlane and Other Poems by Edgar Allan Poe

One of the biggest book sales in auction history was Tamerlane and Other Poems by Edgar Allan Poe. Thought to be written by Poe when he was 14, it sold for an astonishing $662,500.

The book was largely ignored when first published, and only gained worldwide recognition in the 1920s when a random copy when found in the New York area.

The book which inspired the famous TV show Game of Thrones, a Song of Ice and Fire by Geroge R.R. Martin is a great example of a recent fantasy book becoming a bonafide classic.

Whilst often sold together with other books in the series, the Game of thrones books can still fetch up to $12,00 at auction.

Arguably one of the most famous romance novels ever written, Jane Eyre has been widely published and has inspired countless TV shows, movies and songs.

It’s no surprise then first editions of Jane Eyre are highly coveted, and can easily reach up to $125,000 at auction.

12. The Diary of a Young Girl by Anne Frank

As one of the most read and celebrated autobiographies, The Diary of a Young Girl by Anne Frank has multiple publications, in multiple languages, each of which could be very valuable.

First edition copies in Dutch are known to go for over $12,500 at auction, with English versions selling for a respectable $4,500.

The holy grail of spy books – Casino Royale was the debut of one of the most well known secret agents in history; James Bond, 007.

A first edition copy in good condition can sell for a lot of money – and if you’re lucky enough to have the book signed by the author, it can easily fetch up to $98,000 at auction. 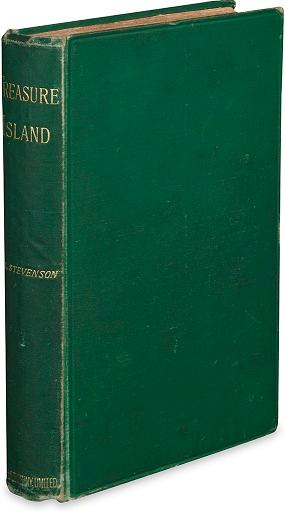 Hailed as one of the best adventure novels ever written, the classic tale of Jim Hawkins and Long John Silver is a highly collectable piece of literary history.

If you stumble upon a rare first edition or one which simply has specific errors in its publishing, you can expect it to go on sale for up to $30,000.

15. Alice in Wonderland by Lewis Carroll

We’ve left one of the biggest auction sales in history till the end – the iconic Alice in Wonderland. As one of the most popular children’s books in history, the story of a young girl exploring the magical world of Wonderland has dominated TV, film, music and spin-off books.

A first edition copy of Alice can sell for a whopping £2-£3 million at auction. There are only 22 copies of this edition – our advice? Check your attic…quickly!

If you’re on the hunt for valuable books and don’t know where to start, you might perhaps decide to concentrate on lucrative niches and popular authors.

And rather than chasing just one book, you could begin to build a collection of their works – because they have widespread appeal and demand. Example include:

From Matilda to Charlie and the Chocolate Factory, Roald Dahl is a mastermind in children’s fiction. It’s no wonder that countless books have been transformed multiple times into movies and TV shows.

First edition copies of some of his books go on sale for incredible amounts, including:

Dahl’s collections are so vast that there are entire books released centred around collecting first edition copies of his books.

Comic books are highly collectable and can fetch a high price at auction if sold as part of a wider collection of books. One of the most popular authors at auction is pioneer Stan Lee.

Some first edition books Stan Lee wrote about the industry include ‘How to Draw Comics’, which fetches up to $1,500 at auction. Comics Lee worked on can be sold for upwards of $800 if sold as part of a wider collection.

Encyclopaedia are some of the most distinguished-looking books in history and are highly sought after by collectors, museums, libraries and academics.

One of the most recognizable encyclopaedias is Britannica. Even if just selling a single book from a collection, some copies can fetch over $3,000 at auction.

Antique cookbooks are ingrained in history, documenting how we lived before microwaves, ovens and electricity took over our lives.

The infamous Betty Crocker is one iconic brand you can easily start collecting. Beginning her life as an advertising campaign in the 1900s, limited edition Betty Crocker books can sell upwards of $500 at auction.

How to value antique books?

In the video below, Appraiser Dr. Lori showcases how ordinary antique books have huge potential – if you know what to look out for.

Examples she uses include:

Her advice is simple – always look for a strong spine in books. Decorated covers and iconography are preferred, and ensure the book is in relatively good condition (spine is strong, pages are still secure, and there’s no odour coming from the book).

When you buy a book, ensure you store it lying down to preserve its structure and integrity. Keep other objects away from it to prevent mould and foul odours from developing from the book.

Where to Find Antique Books

Books are one of the most sold items around the world. And you can find highly collectable copies of books in a range of places. These include:

Quick Tips on how to find valuable books

If you’re buying second-hand books for the sole purpose of making a profit, then consider these tips: