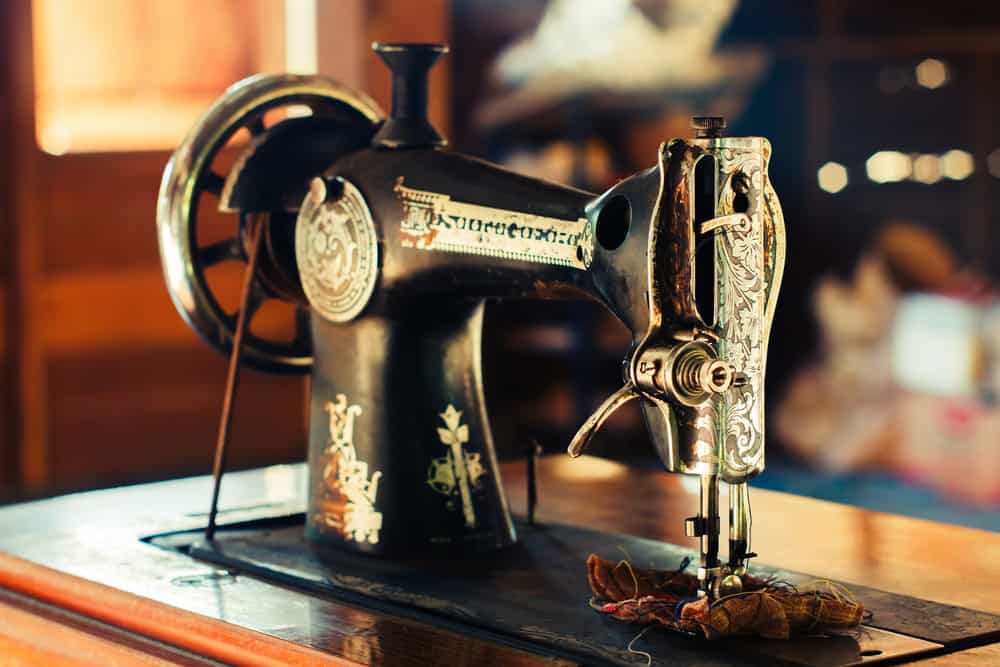 Sewing has been a desirable and altogether necessary household skill since human beings began to fashion clothing, and probably long before that, too. Today, however, in our fast-paced world of out-sourced industry and long, indulgent weekends spent scrolling the internet or strolling through shopping malls, the art of sewing appears to have fallen out of fashion.

But has it? Whilst the average people might not know how to sew, hobbyists around the world continue to keep this most impressive tradition alive. Amateur interest in sewing, and by proxy the sewing machine industry and various unique sewing machine brand names, soared during the global lockdown precipitated by the COVID-19 pandemic. With nothing to do but stay inside,  many people took up sewing for the first time.

Vintage machines from Japan are highly sought after due to their durability and reliability, as well as the smoothness of the user’s experience (some of the Japanese reproductions of American models even run quieter than the originals). And that’s not to mention the cool colors Japanese machines tended to come in.

In this article, we’ll take a look at the history of the sewing machine in general, and in Japan, as well as giving advice on how to identify genuine vintage machines from Japan, including famous Japanese sewing machine brand names, and finally we’ll look at the value these machines can hold at auction. If you have any questions, leave a comment down below!

The History of the Japanese Sewing Machines

Japan had been a largely closed-off and isolated society prior to the devastations of the Second World War. In the build up to that great catastrophe of human history, Japan’s heavily rural nation began to rapidly industrialize.

By the time war broke out, its factories were equal with some of the best in the world in terms of output quality and quantity (though the Japanese always tended to prefer the former).

When WWII ended for America and Japan, following the shocking atomic bombing of Hiroshima and Nagasaki by the USA and Japan’s subsequent surrender, the Pacific island nation was occupied by the victors. The US set up military bases in Japan, and began to punish the Japanese.

In time, however, US policy in Japan changed from punishment to aid, and from 1947 to 1952 America helped Japan to rebuild its shattered economy and improve the working conditions in its factories.

As a strange by-product of this complicated military occupation, the Japanese sewing machine industry took off overnight. In fact, a good deal of the manufacturing of US sewing machines was outsourced to Japanese factories during the late-1940s through the 1960s.

As such, if you own (or are looking to buy) a sewing machine made during the 1940s-1960s, you could very well have a vintage Japanese sewing machine in your hands. Japanese manufacturers even produced “clone” machines which were often exact reproductions of US brands like Singer machines and Sears & Roebuck. A Singer model made during this era may very well have Japanese origins.

The industry continued to thrive once the Americans finally left Japan, and today Japan is one of the foremost high quality contributors of innovation and design to the sewing machine world.

For collectors of vintage sewing machines, such as members of the International Sewing Machine Collectors’ Society, Japanese brands hold a special place in their hearts. They’re high quality, colorful, and full of historic symbolism. Unfortunately, however, because of the Japanese-US crossover discussed above, it’s not always clear which machines were made where.

Thankfully, there are some important and usually-obvious things you can look out for when trying to determine whether a machine is a genuinely vintage Japanese make or not:

It’s not always easy to determine the true origins of a Japanese sewing machine from the vintage era, but it can be done. If you’re struggling to do so on your own, try turning to forums, or comparing your machine to listings on Etsy, eBay, or online auction houses. If you’re really stumped, take your sewing machine to a professional for a full appraisal.

Japanese manufacturers of vintage sewing machines during the 1940s, 50s, and 60s were clever. They cottoned on pretty early to the fact that their machines would not sell well overseas with Japanese names, especially not in the light of the Second World War.

Thus, approximately just 15 manufacturers and companies on Japanese soil produced over 5,000 different “brands” of the sewing machines, the majority of which held American- or European-sounding names.

Some Singer and Kenmore sewing machines made for US retailers were commissioned by these American companies to be produced in Japan, and so would even have seemed to the US consumer as entirely American made, despite not being. We’ve included a breakdown below of major Japanese sewing machine brands to hopefully help the budding (or established) collector in their search.

The Juki Corporation is still alive and well and producing some of the world’s finest sewing machines to this day. They began production in 1945 at the close of the war and were one of the very first companies to launch a home serging machine.

Toyota is more than just a car company. Its sewing machines are in fact still some of the best in the business, often produced for factory and industrial use, and mainly for the European market. Toyota sewing machine models include heavy-duty machines used to sew leather.

The Maruzen Machine Company has its roots way back in 1949 when, during the US occupation of their country, they manufactured machines for Sears & Roebuck and Frister & Rossman. Retailers in the US and Europe would simply rebrand the machines before selling them to consumers. As such, most Maruzen machines don’t carry the brand name.

The oldest sewing machine company in Japan is Brother, which started life as the Yasui Sewing Machine Co. in 1908 and manufactured its first “Brother” branded sewing machine in 1928. Brother continues to be a popular and trustworthy manufacturer of world-class units, offering straight stitch, serger, and other styles of sewing machines. Brother brand names include “Baby Brother”, “Brother”, and “Jones-Brother”.

Janome is a sewing machine manufacturer which has been producing machines specifically for export for decades. Outside of the production of authentic Japanese vintage models, they also manufactured both New Home and Kenmore sewing machines.

As an example of the difficulty one can experience when determining the origins and authenticity of vintage sewing machines, check out the Planet brand. Planet produced some pretty cool looking sewing machines in popping colors and to a high-standard.

Yet who were they? None other than Janome, who we’ve already discussed on this list.

The truth is, the big brands listed here more often than not created “clone” models based on their flagship units, and branded them under a huge range of other names, simply to diversify and expand into every possible corner of the Japanese – and international – market.

Determining the value of a vintage Japanese sewing machine is not easy, and – to be honest – might leave you unsatisfied with the result. Unfortunately, despite the rapid resurgence in popularity of sewing and collectible sewing machines, there has not been a comparable surge in value and price.

Today, a vintage sewing machine in good condition will likely fetch you somewhere in the region of $50-$400. Take into consideration that a brand new, top of the line industrial sewing machine manufactured by Bernina in Switzerland might cost $20,000, and you can see why $400 for a vintage unit might be disappointing.

Nevertheless, it’s still worth knowing a few key things to look for when valuating how much you can sell, or how much you should pay, for a vintage Japanese sewing machine.

The biggest deciding factor in the worth of your vintage sewing machine is its rarity. Many sewing machines were mass produced in the thousands, or even millions, making them less valuable.

Others, on the other hand, were manufactured in small batches, making them much more valuable.

Look for serial numbers and brand names to help you assess your specific model, then scour online forums to determine its rarity.

Condition is key. A machine in working condition is worth much more than one in disrepair, or even broken. Check to see if the bobbin rotates properly in-line with the other mechanical gear, or if it’s electric, plug it in and turn it on to make sure it works.

Check to see if the machine has a functioning bobbin case. Look for stains, chips, bumps or scratches. Determine what accessories come with it. The better the condition, the more it’s worth.

Older sewing machines – especially antique sewing machines produced pre-1900 – tended only to allow for straight stitch patterns to be seen. Whereas sewing machines from the vintage era often gave users the choice between straight and zig-zag, as well as any number of other patterns.

Single pattern machines can sometimes be stronger, allowing the user to stitch through tough materials like leather, whilst machines that offer greater diversity of stitch patterns can have wider applications in terms of the types of garments one can sew.

Finally, consider the make and age of the machine. Big brand names like Toyota,  Singer, Janome and others are more likely to still be producing machines, and thus will be able to offer customer support and maybe even provide spare parts. Other brands are now out of business, or are no longer producing parts for very old machines, which may reduce (or conversely increase) the unit’s value.

Japanese vintage sewing machines have flourished in popularity once again in recent years, but they can be hard to track down even for the trained collector. Thankfully, there are a number of things you can look for, and places you can look, if you’re simply dying to get your hands on one of those high-quality, “candy-colored” sewing machines from the Japanese post-war vintage era.